A CHILDREN’S home where one youngster was allowed to eat 122 chicken nuggets a week has been closed.

Orbis Abbey Rose was found to be inadequate in all areas by inspectors. 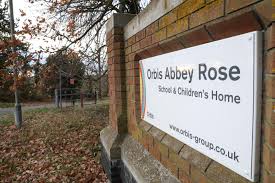 It was said to have put its ten children with autism at “significant risk of harm”, including by allowing them to eat too much processed food.

Staff made daily visits to a fast food outlet for meals and one child had 122 nuggets and 14 litres of fizzy drinks a week.

“Incidents of staff, children and the premises being smeared with faeces are a regular occurrence,” the Ofsted report added.

The home, which opened in a grand building in Tewkesbury, Gloucs, in March, has been closed temporarily by its operator, Orbis Education and Care.

Ofsted said there were high hopes when the home opened.

But it found children were smashing car windows, throwing furniture and assaulting staff.

One child was twice allowed to eat wild mushrooms.

The report added: “For some pupils, this feels like an unsafe place to be. They feel threatened by the challenging behaviour of some of their peers. Leaders have not prioritised the welfare of pupils.”

Orbis said it had temporarily closed the home and moved the children to other homes. It said it was working to “put a robust improvement plan in place”.