Drone Shark App captured footage of the predators – off the coast of the Aussie city's famous Bondi Beach – feasting on a large school of salmon. 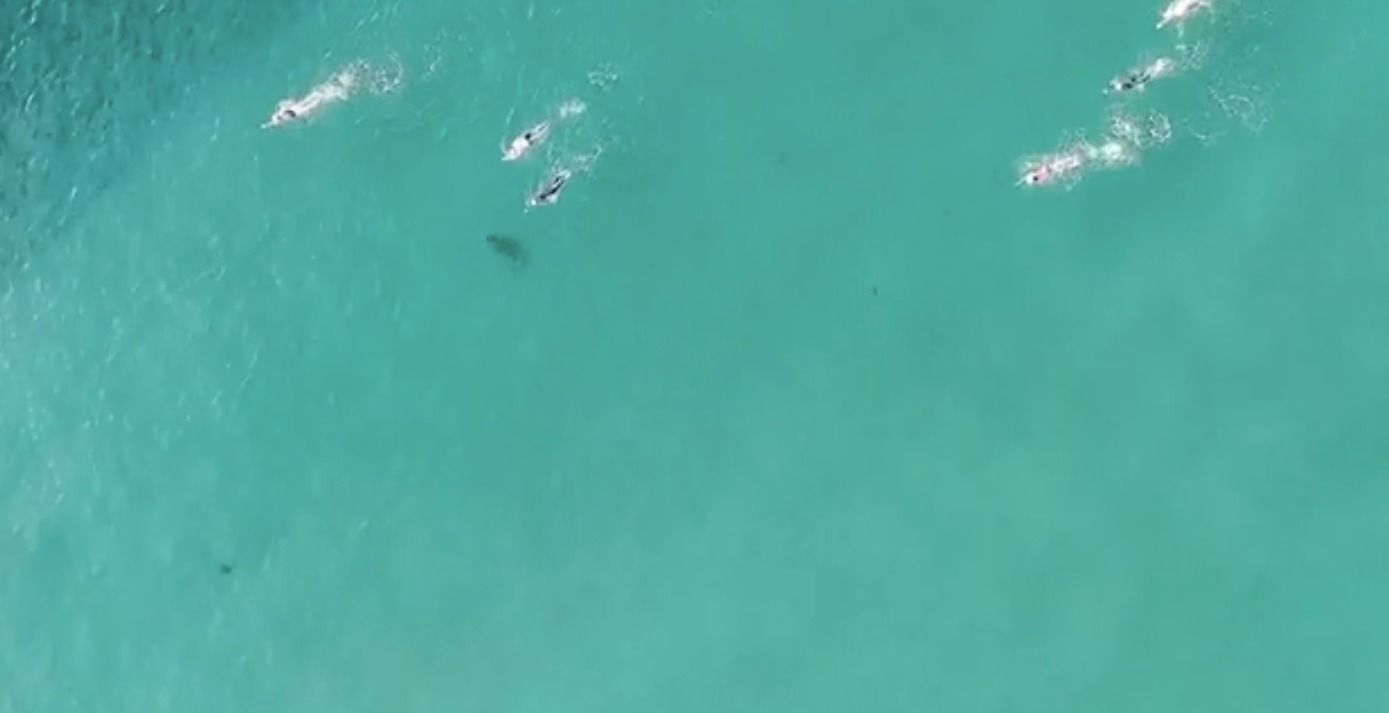 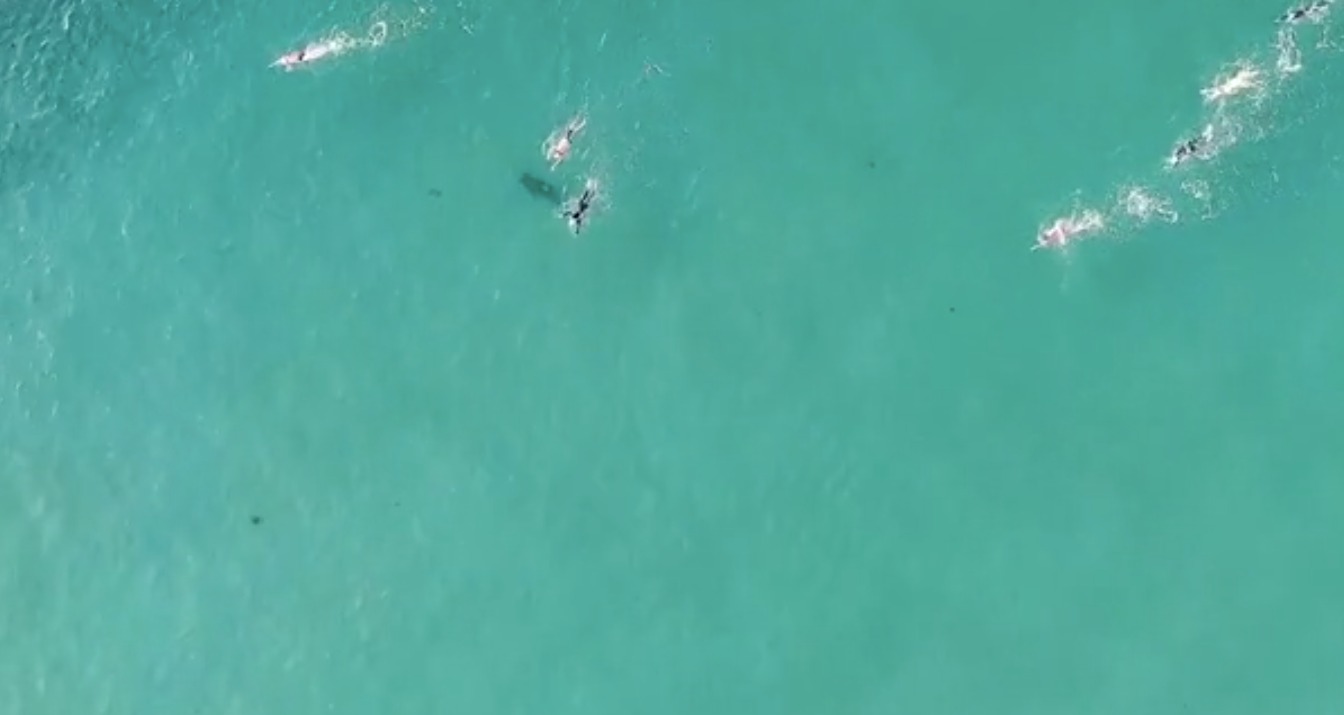 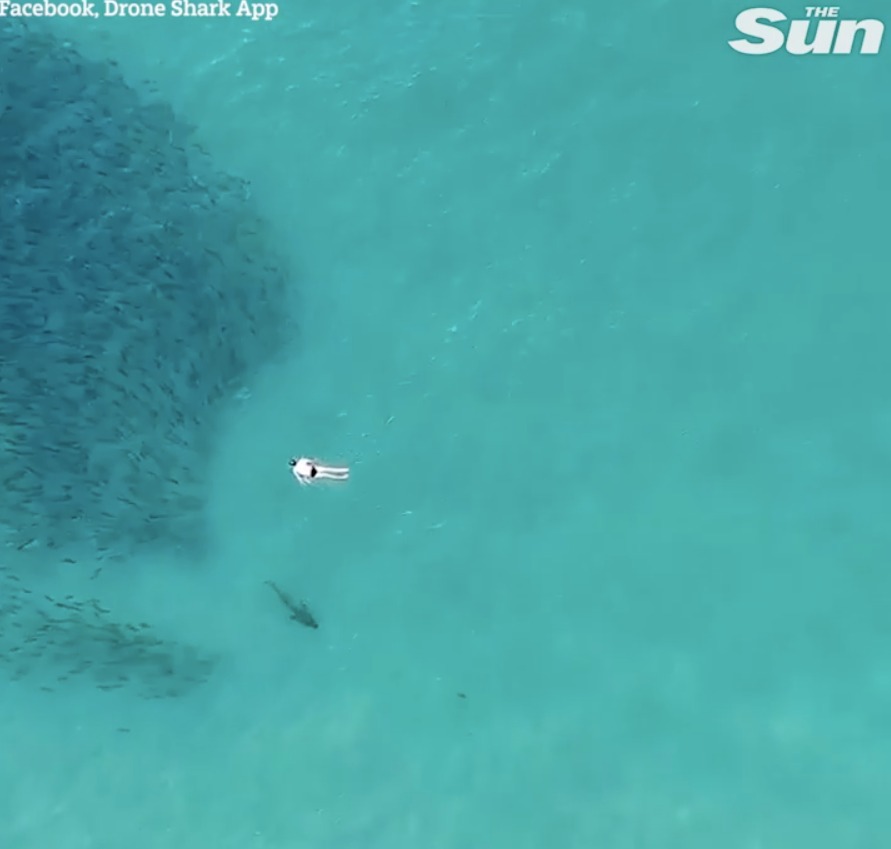 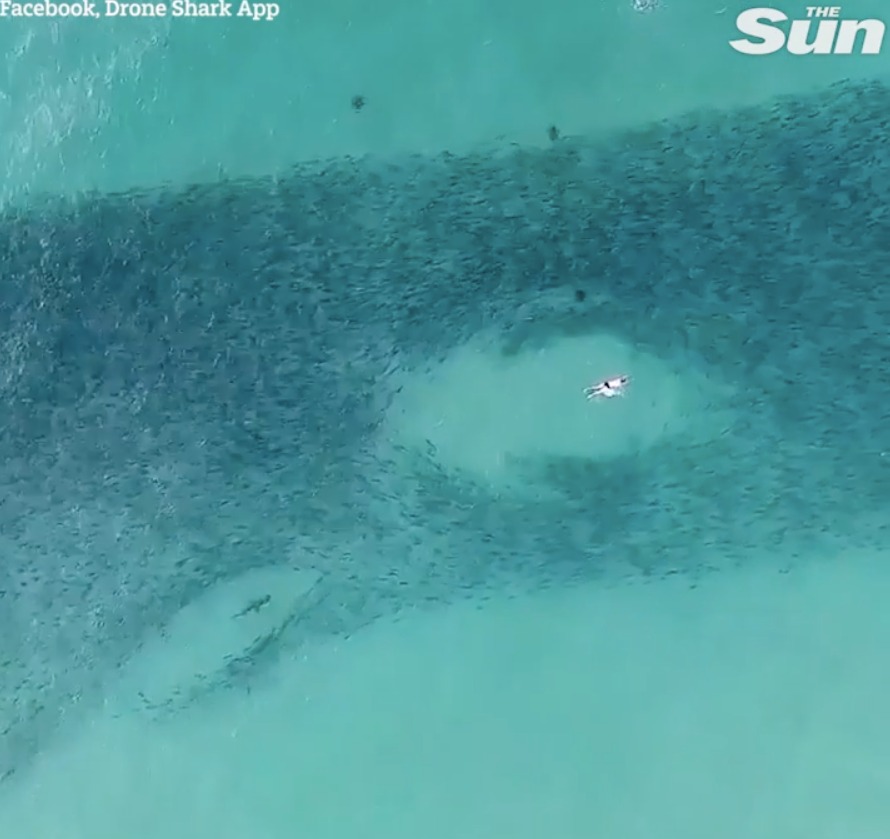 However, dozens of surfers and swimmers splashed around in the water close by – seemingly oblivious to the danger.

And in one heart-stopping moment, one of the grey nurse sharks swims directly underneath two people paddling around in the surf.

Another swimmer is also seen swimming through the bait ball of salmon while one of the beasts lurks nearby.

The drone cameraman can be heard saying: "What? You did not see that shark? You have to have.

"Nature, you love it but you also gotta be careful."

While bottom-dwelling nurse sharks have a slow, sedentary nature, they are still ranked fourth in recorded bites on humans.

They have strong jaws filled with thousands of small, serrated teeth and can grow up to 14ft long.

The Drone Shark App, which shared the footage on Facebook, warned: "Do not swim in the salmon schools and swim on the beach side if you can, as I’ve seen the more dangerous sharks approach from the outside on many occasions."

Social media users reacted with horror at the footage.

MONSTER ON THE STREETS

Chilling moment rapist carries woman along the streets before attack

One wrote: "OMG this gives me heart palpitations."

Another said: "Quietly glad I didn't make it in for a swim this morning."

While a third was less sympathetic to the swimmers, posting: "That's life, we are intruding in the sharks domain." 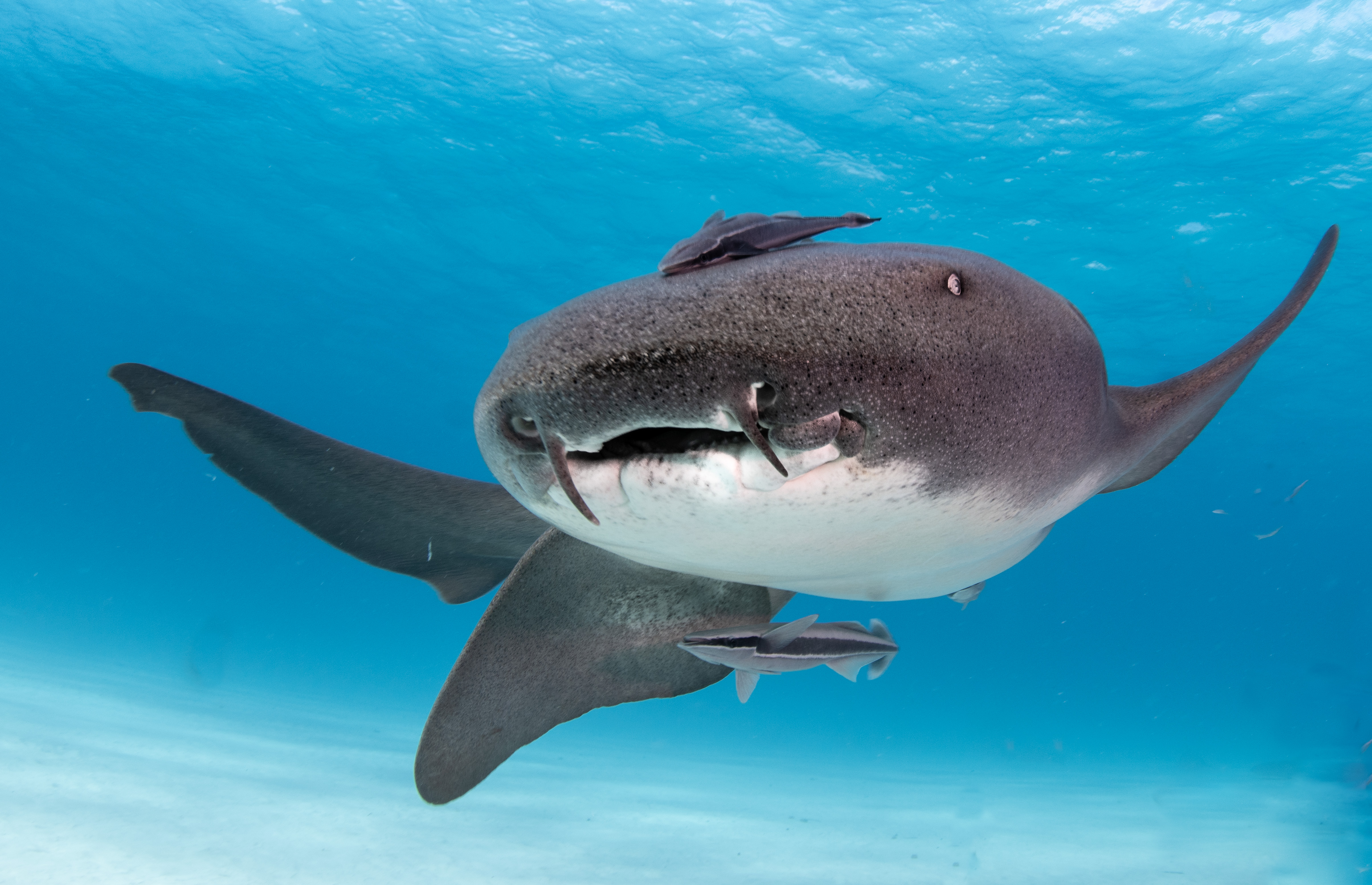