Former addict Chris Downing, 43, captured the eerie image after he nearly died from a heroin overdose – and now fears he might have brought something back from the afterworld. 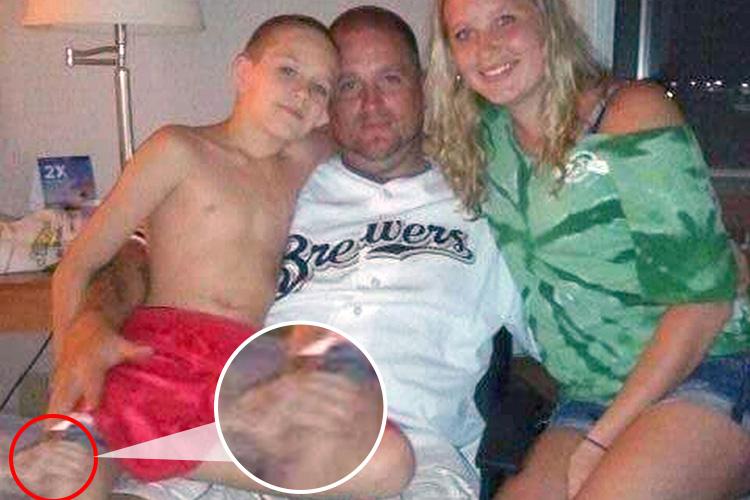 The dad-of-two, who is now clean, has shared the photograph for the first time after it was taken back in May 2012 – and the ‘unexplainable' extra hand in the shot has created waves online.

When paramedics found skeptic-turned-believer Chris, from Janesville, Wisconsin, USA he was completely blue with no heartbeat or pulse.

After his horrific wakeup call, the dad knew he needed to get clean – and decided to move from Wisconsin to Arkansas to start the road to recovery.

Before leaving his hometown, the dad booked a night at a local hotel where his children Alexis, now 25, and Kyle, now 16, came to visit him – with Kyle’s mum snapping the seemingly-normal family picture. 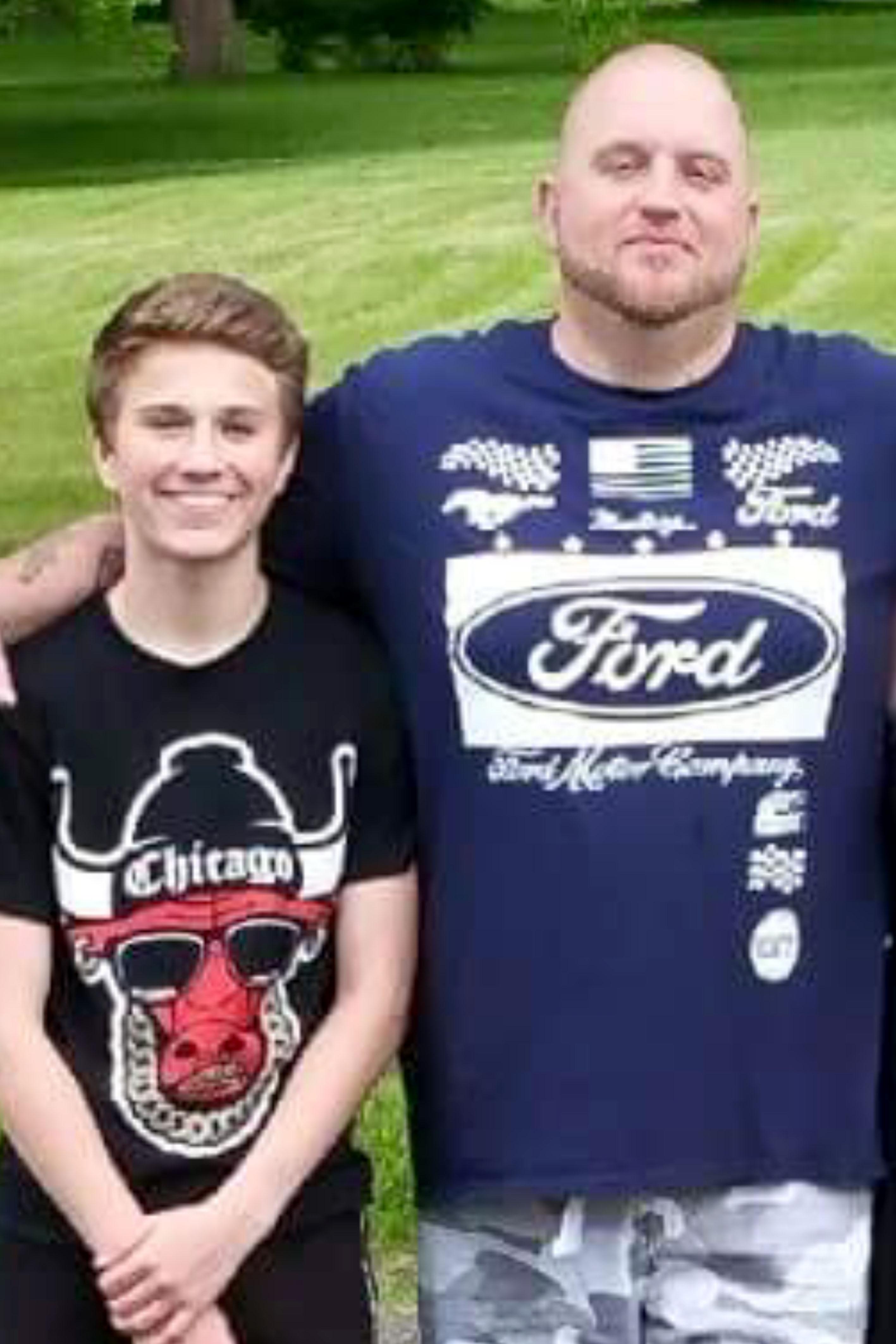 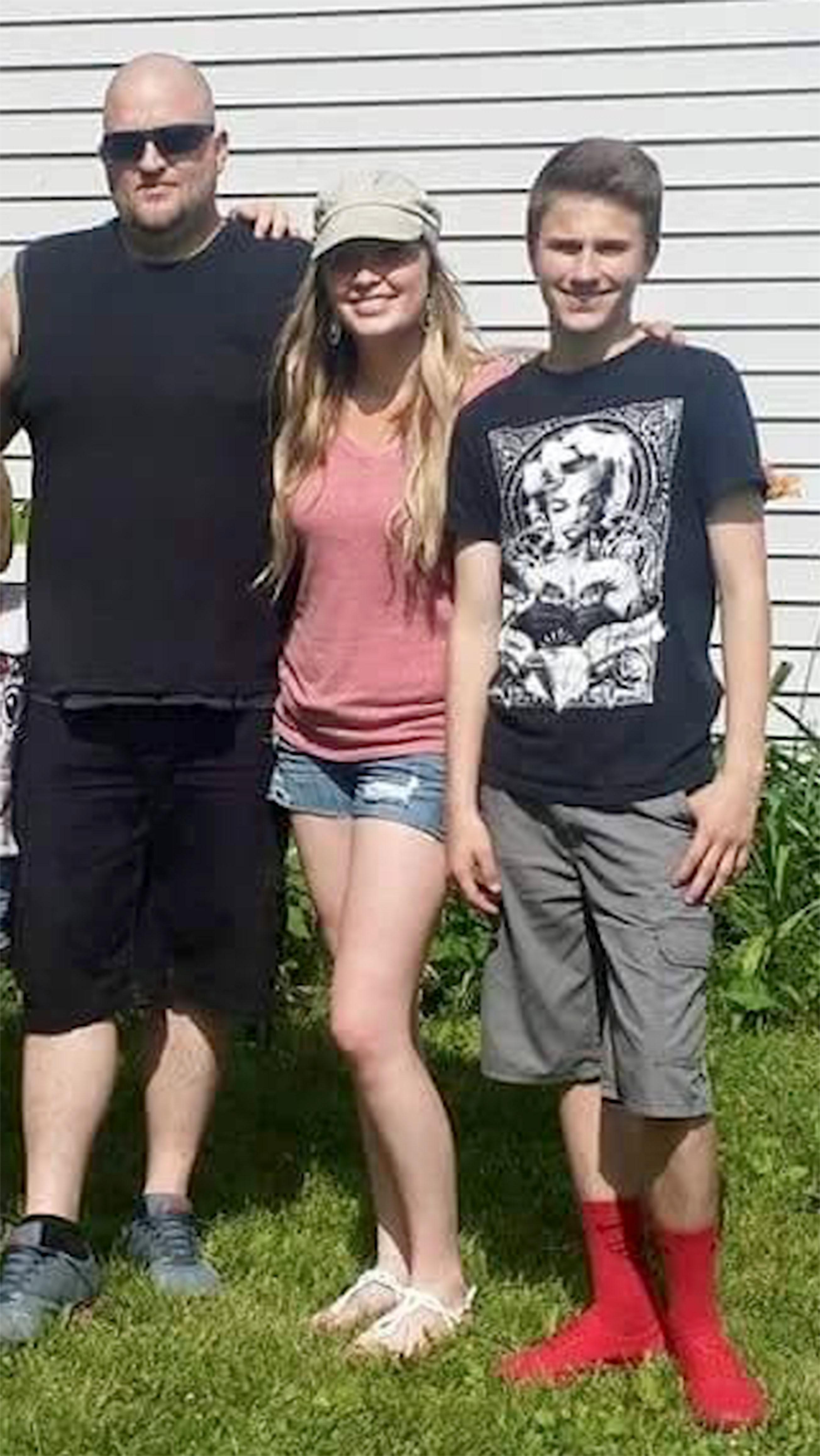 But it wasn’t until a week later that Chris received a phone call from his ‘frightened and rattled’ daughter – who pointed out the terrifying ‘ghost hand’ that had made an appearance.

“I had no idea what the hell it was. I freaked out. I showed it to my son and he burst into tears straight away and ran into his room.

“He thought the ghost was after him and was petrified for a week. He was only 11 at the time, and it was touching his leg. But he said he didn’t feel anything weird. He still won’t look at the photo to this day.”

Chris now believes he might have ‘bought something back’ with him after his near-death experience.

He said: “I honestly think it’s a ghost. I don’t know what else it could be. To me, it looks like an old person’s hand because it’s kind of spotty.

“But I’ve also had people say it looks like a child because it’s so small. I think maybe because I was in such a dark place, spirits were attracted to me.

“Or I could have bought something paranormal back with me from when I nearly died – like they were clinging on to me. It’s the creepiest thing I’ve ever seen.”

Earlier this a mum told of the moment a ghostly figure seemingly crept into her group photograph — in a setting that holds onto a sinister past.

Rhynnice Trelfa, 28, was enjoying a picnic with friends and family in Manchester when they posed before a peaceful lake in 2011.