Chilling moment cold-blooded killer, 43, tosses claw hammer into the sea… minutes after driving it into skull of love rival, 34, he wrongly believed had slept with his ex – as he’s jailed for 28 years for murder

A cold-blooded killer who bludgeoned his love rival to death with a claw hammer was caught throwing the murder weapon into the sea in chilling footage.

CCTV captured Anthony Brinton, 43, hurl the tool into the water in West Hoe, Plymouth minutes after he launched a brutal attack on Adrian Cieslik, 34.

Brinton then submerged himself in the chilly water at 11.30pm on January 12 and took off his boots and outer clothes, which were stained with the blood of his victim.

The footage, which was found months later after a trawl of CCTV, was crucial in securing the conviction of Brinton at Plymouth Crown Court yesterday.

The father-of-two was jailed for life with a minimum term of 28 years after he was changed his plea during his trial to admit murder. 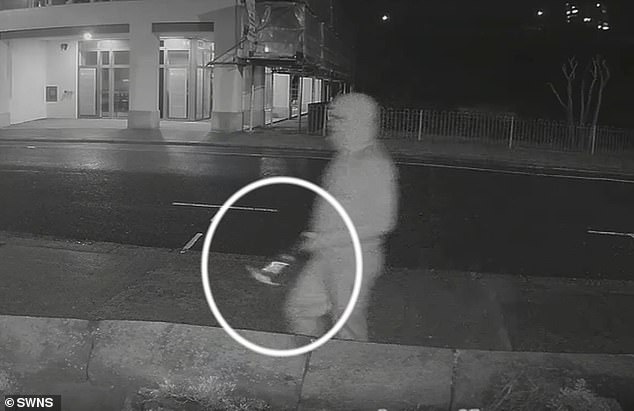 CCTV captured Anthony Brinton, 43, hurl the tool into the water in West Hoe, Plymouth minutes after he launched a brutal attack on Adrian Cieslik, 34 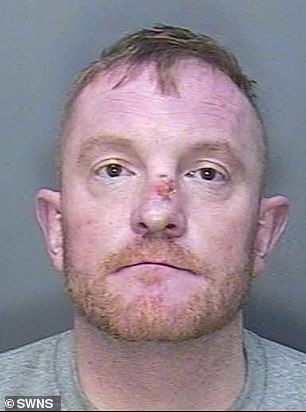 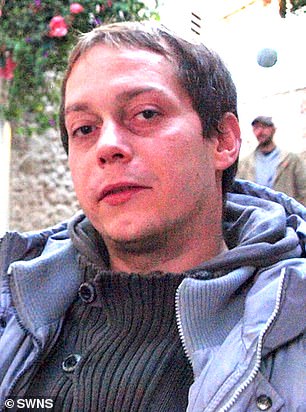 Brinton attacked Mr Cieslik at his flat in West Hoe because he falsely believed the man was in a relationship with his former partner.

Mr Cieslik, an engineer from Poland, shared the property in Cliff Road with the defendant’s former girlfriend Emma Tozer.

Sentencing, Judge Peter Johnson told Brinton: ‘You launched a wicked and brutal attack upon him, you struck him to the head with considerable force, leaving him mortally wounded.

‘I am satisfied that you intended to kill him. There was no loss of control. This was done in cold blood.’

Brinton, of no fixed address, struck Mr Cieslik nine times to the head and face, shattering his skull and causing fatal brain damage.

The victim died at Derriford Hospital on March 22.

Iain White, Senior Crown Prosecutor for the CPS in the South West, said after the hearing on Thursday: ‘Anthony Brinton pleaded guilty to manslaughter, claiming that he had killed Adrian Cieslik after a loss of control.

‘This defence was rejected by the judge, following which Brinton finally pleaded to guilty to murder.

‘The police officers in the case were commended by the judge for their excellent work throughout the course of the investigation, in particular the way in which they tracked down vital CCTV evidence, and I would like to add my thanks to them.

‘The sentence of life with a minimum tariff of 28 years reflects the truly brutal nature of this crime’.

The CCTV footage, found in May after a trawl of footage from cameras across the city, was crucial evidence as it showed Brinton near the scene minutes after the attack.

He was clearly seen disposing of a claw hammer – which matched the weapon used to attack Mr Cieslik in his bedroom. 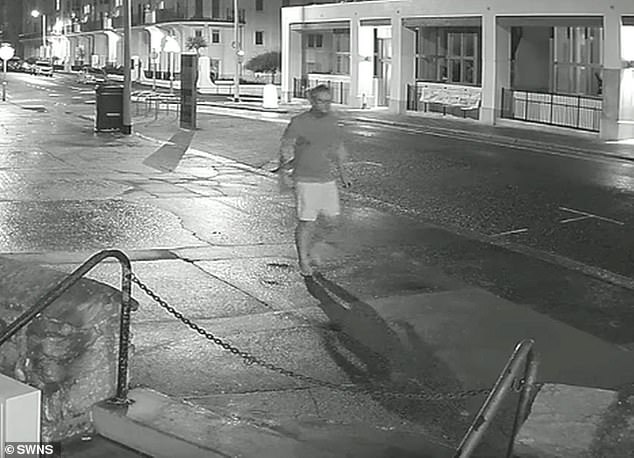 Miss Tozer and her sister Naomi Gotthardt, who had been out clubbing that night, came back to the flat in the early hours of January 13 to find Mr Cieslik seriously injured on the floor.

The sisters were initially arrested on suspicion of the assault because there was no sign of forced entry and neighbours had heard a commotion from the flat.

Brinton told police he was in bed at his parents’ home in Efford at the time of the attack, before claiming he had been drinking with fishermen at the Royal Albert Bridge Inn in St Budeaux.

He was eventually arrested on January 21, two days after he was talked down from the Tamar Bridge having taken an overdose.

CCTV footage had captured Brinton driving his Vauxhall van through the quiet streets to Walker Terrace in West Hoe on the night of the attack.

He parked 200ft from Mr Cieslik’s and Mr Tozer’s flat.

Brinton was then seen going to the back of the van in fuzzy footage, which is where police believe he fetched the hammer and a torch.

Confronted by this evidence, Brinton claimed that he had gone to look at the state of the sea as he considered going fishing.

The court heard that he did in fact go right across the South West to fish, often through the night.

The defendant also said that he was searching for a homeless friend who sometimes slept in the area.   Furthermore, Brinton claimed he had lost his mobile phone out fishing earlier that Sunday.

He was forced to admit he was lying when police traced an unanswered call to Miss Tozer minutes before the attack.

When the damning CCTV was shown, Brinton finally admitted that he had visited the flat because he was concerned about his former partner.

He claimed that Mr Cieslik let him in but suddenly attacked him with a hammer he had in the bedroom.

Brinton, who suffered no injury, said that he wrestled the weapon away and struck back in self-defence. He claimed that he dealt two blows.

The defendant was forced to change his story again when post-mortem medical evidence confirmed the victim had suffered nine blows to his head and face.

He claimed firstly in court documents that he had suffered a loss of control and admitted manslaughter.

Brinton, who had four or five pints that night, then told the court for the first time that he had blanked out and suffered memory loss during the attack and the next few hours.

He could not recall the attack, disposing of the hammer nor even going into the chilly sea and walking around near midnight in his shirt and boxer shorts.

It was this line of defence which the judge rejected at the end of Brinton’s evidence.

He was left to enter a guilty verdict and the jury duly convicted him of murder.