A GRISLY underwater video has uncovered a creepy spectacle showing deep sea octopuses devouring the remains of a giant whale.

The mob of molluscs were filmed in a feeding frenzy on the 16ft carcass laying on the bottom of the sea off the coast of California. 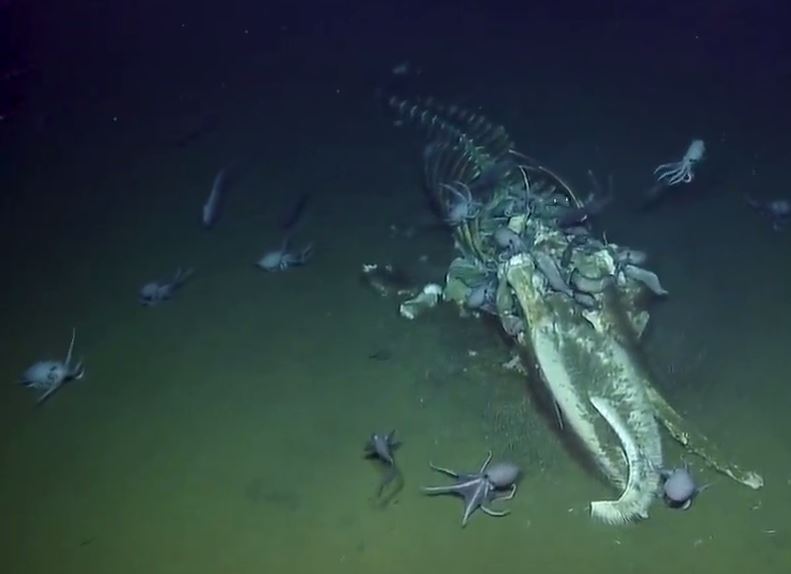 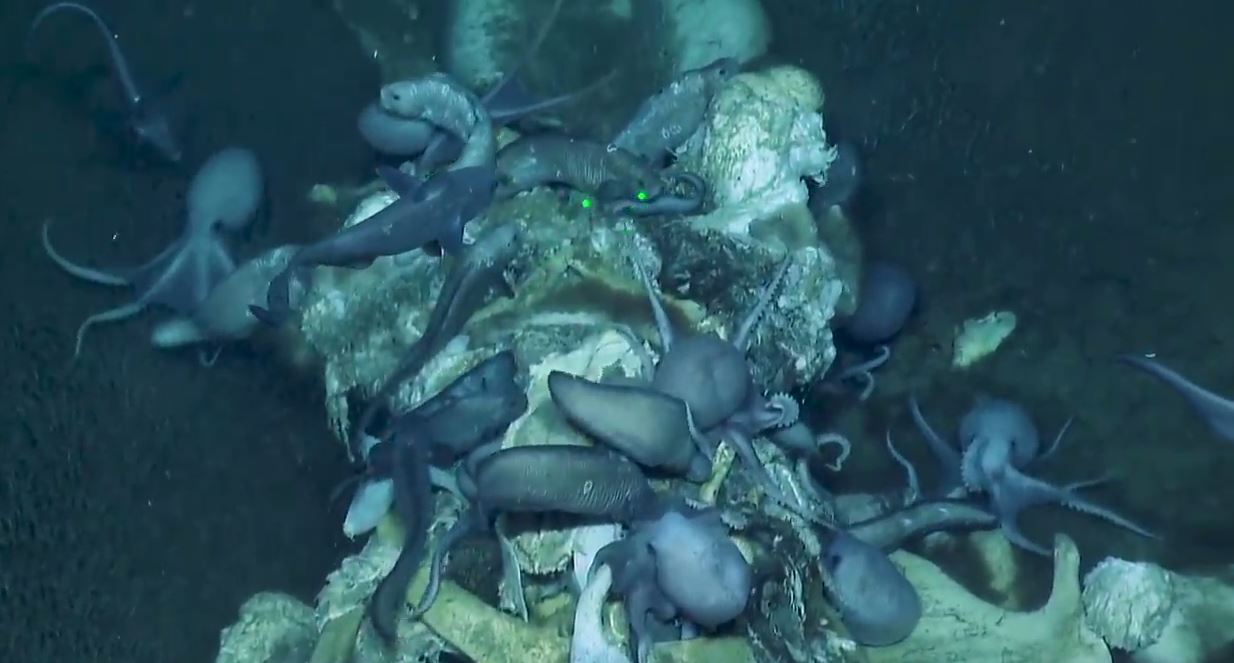 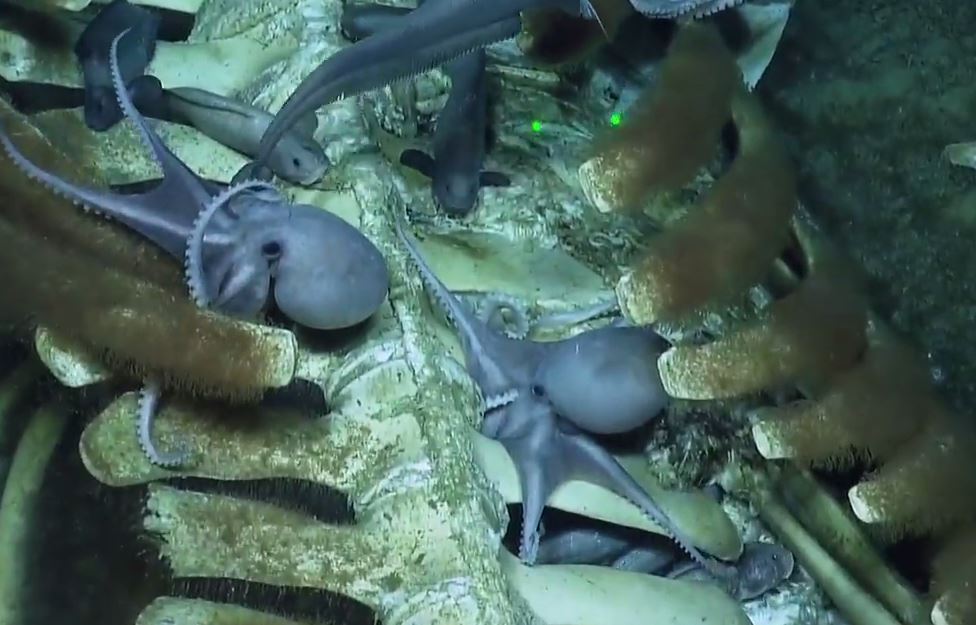 Researchers from the Monterey Bay National Marine Sanctuary found the skeletal remains of whale on the seabed at the Davidson Seamount.

The scientists were amazed to find marine life picking over the remains of the giant beast.

But the presence of the octopuses was especially unusual, as they are usually predators, not scavengers.

A representative of the Ocean Explorer Trust said: "This appears to be a relatively recent fall with baleen, blubber, and some internal organs remaining.

"The site also exhibits an interesting mid-stage of ecological succession, as both large scavengers like eel pouts are still stripping the skeleton of blubber, and bone-eating Osedax worms are starting to consume fats from the bones.

"Other organisms seen on site include crabs, grenadier, polychaetes, and deep-sea octopus." 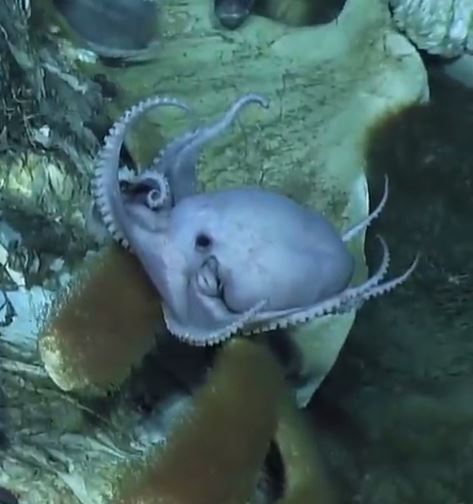 Although there was not much of it left to identify, researchers suggested it could be a Rorqual Baleen whale, based on the shape of its skull and jaw.

A mass of hungry cephalopods, fish and other deep-sea dwellers had been devouring the remaining flesh and fat from the skeletal frame.