A Chinese court has jailed 53 people over a massive chemical factory explosion that killed 78 people in eastern China last year.

The blast in Jiangsu province on March 21, 2019, was one of the worst industrial accidents in the country in recent years and led to the closure of the plant.

Executives of the chemical firm and officials of local authorities were convicted of various charges, including bribery and negligence, and handed prison sentences on Monday. 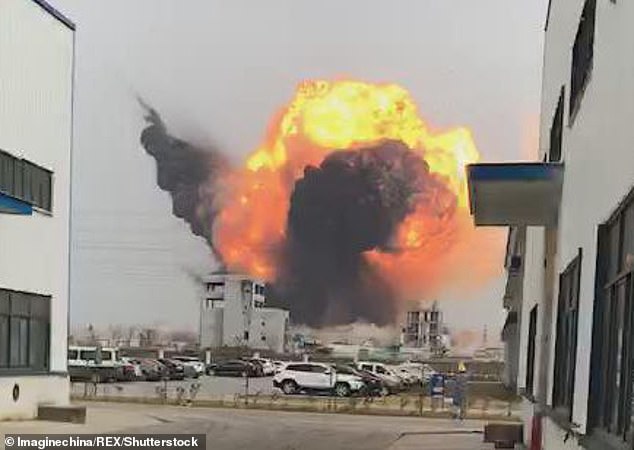 A screen grab from footage released by the state broadcaster shows the massive blast sending a giant fireball into the sky at a chemical plant in Yancheng, eastern China, in March, 2019 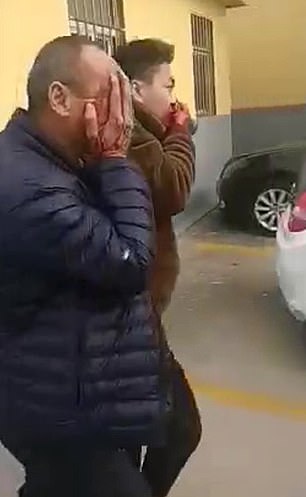 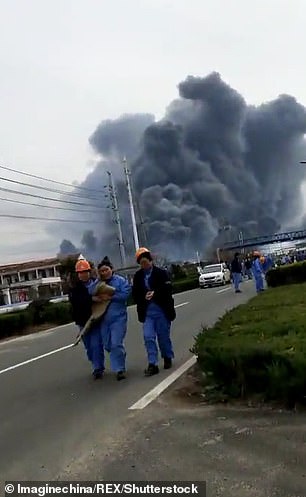 The court in Jiangsu’s Yancheng city found that the company knowingly produced and stored hazardous chemicals and waste material despite ‘storage venues that did not meet safety requirements’. 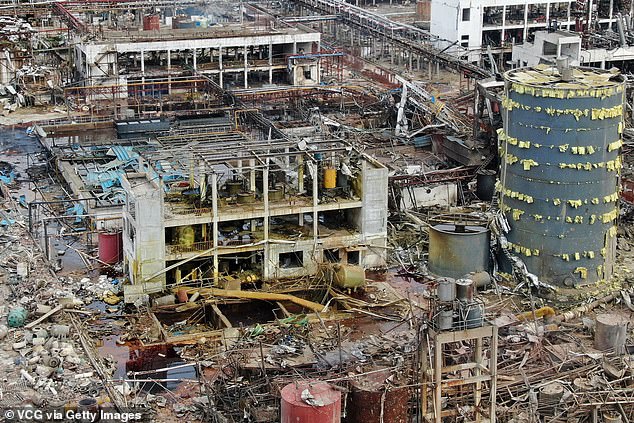 The picture shows an aerial view of the core area of Tianjiayi chemical plant at an industrial park of Xiangshui county on March 22 after the blast in Yancheng, Jiangsu Province of China 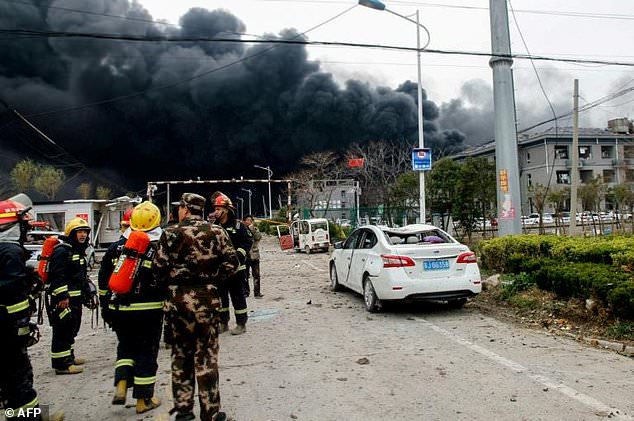 The blast in Yancheng, a city of eastern Jiangsu province, killed 78 people on March 21, 2019 It also found that six local government agencies — including the city’s environmental protection authorities — had falsified documents in order to hide the risk posed by Tianjiayi’s activities, with some officials accepting bribes.

The explosion, sparked by a fire in Tianjiayi’s fertiliser factory, flattened the surrounding industrial park, blew out windows and dented metal garage doors of buildings as far as four kilometres (2.5 miles) from the site.

In 2015, massive chemical blasts in the northern port city of Tianjin killed at least 165 people.