Chinese commuter gets knocked over by suitcase on a downward escalator

A Chinese woman was hit by a suitcase while standing on a downward escalator at a subway station in Shenzhen, China.

Tourist Ms Yu said she had failed to get hold of the luggage when she dragged it onto the escalator.

The victim, a 50-year-old commuter surnamed Li, was taken to hospital with injuries in the head and the limbs. 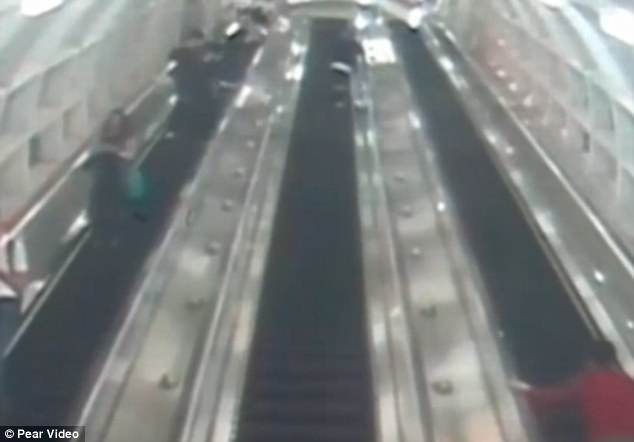 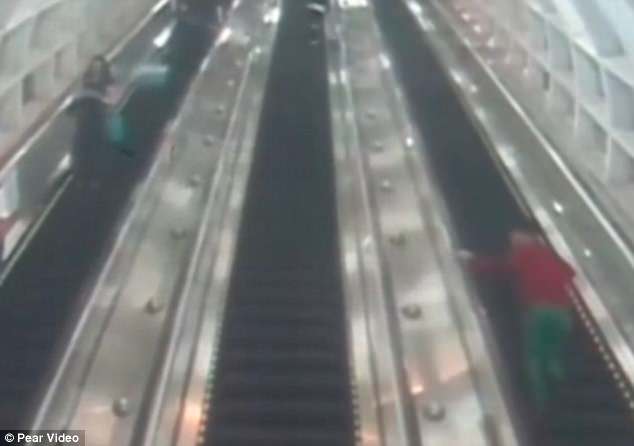 Heart-stopping footage shows a blue suitcase tumbling down a moving escalator and knocking down Ms Li from the back at Shenzhen North station in Guangdong Province.

Ms Li, who had been looking at her phone, was sent flying and then hit the escalator headfirst.

According to Guangdong Television, Ms Yu, who travelled from Wenzhou in east China, was rushing to get on the last train on the night of April 23.

She struggled to drag the luggage onto the stairway and dropped it by accident.

‘I was yelling to warn other commuters, a lot of them avoided but a woman was hit,’ said Ms Yu.

Onlookers stopped the escalator quickly and held up the collapsed commuter.

‘She was sitting at the escalator and said her feet were hurting. Then she touched the back of her head and it was bleeding,’ Ms Yu told the reporter. 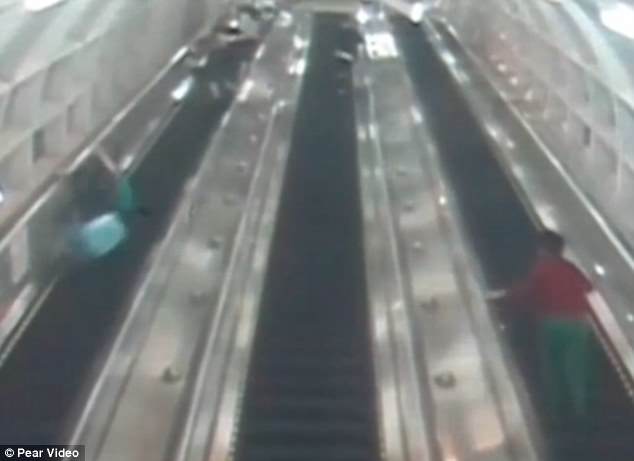 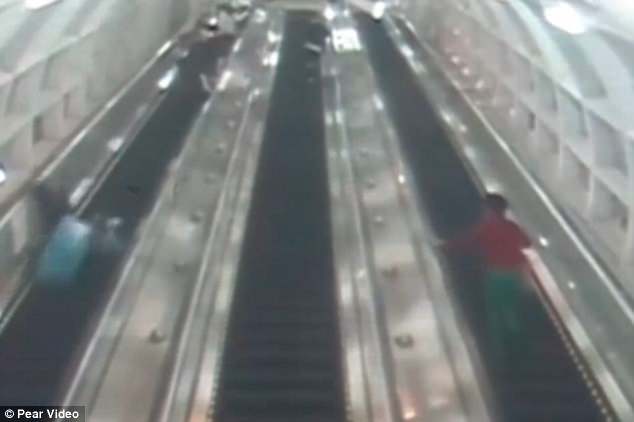 Ms Yu, who slipped her luggage out of her hand, yelled to remind other people of the danger 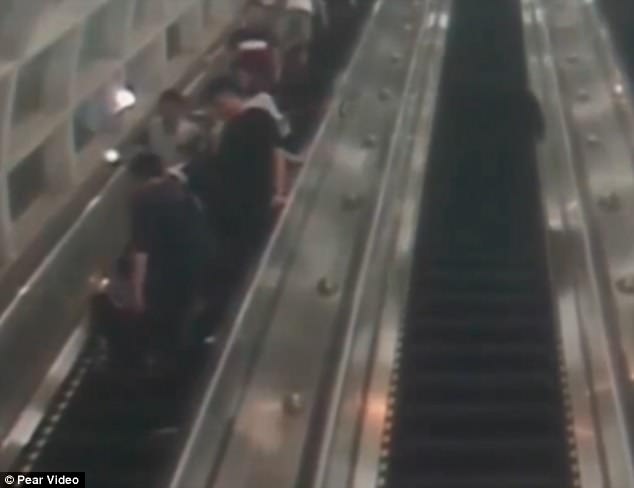 Ms Yu paid for Ms Li’s medical expenses, but she believed the subway company should bear part of the responsibility.

‘I am a tourist and I didn’t see any notice. There were no one to remind me or give me guidance, it’s their job to do so,’ said Ms Yu.

However, Guangdong Television reporter found several notices hung around the escalators and the concourse to remind commuters to use the lift if carrying bulky luggage.

Ms Yu is negotiating with the subway company over the compensation.

Ms Li is recovering and is expected to discharge from the hospital soon.