Chinese woman brings 23 relatives to her blind date to test if her potential boyfriend is ‘generous’… before being left stranded with a £2,300 bill

A woman in China has seen her blind date gone horribly wrong after bringing along dozens of her relatives to the romantic occasion to test her companion’s generosity, according to local reports.

Without telling her date in advance, the Chinese woman allegedly showed up with 23 family members and turned their candle-light dinner into a rowdy banquet.

She was eventually left stranded with a whopping £2,300 bill after her potential Mr Right fled the restaurant upon receiving the cheque, Chinese media outlets claimed. 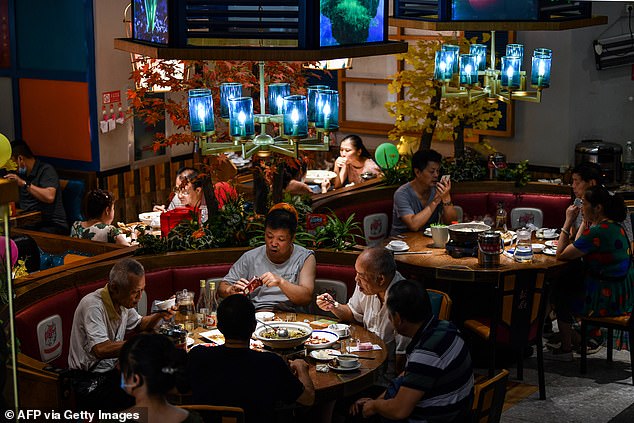 Without telling her date in advance, the Chinese woman showed up with 23 family members and turned their intimate dinner into a banquet. In this file photo, people are seen enjoying their meals at a restaurant in Wuhan, Central China’s Hubei province on September 4

According to the report, the date was set up by the man’s mother after she was worried about her son who had been single for a while.

Before meeting up, Mr Liu had offered to pay for the meal, assuming that it would be a romantic dinner for two.

But he was taken by surprise when he saw his blind date, who arrived at the restaurant with two dozen relatives unannounced. 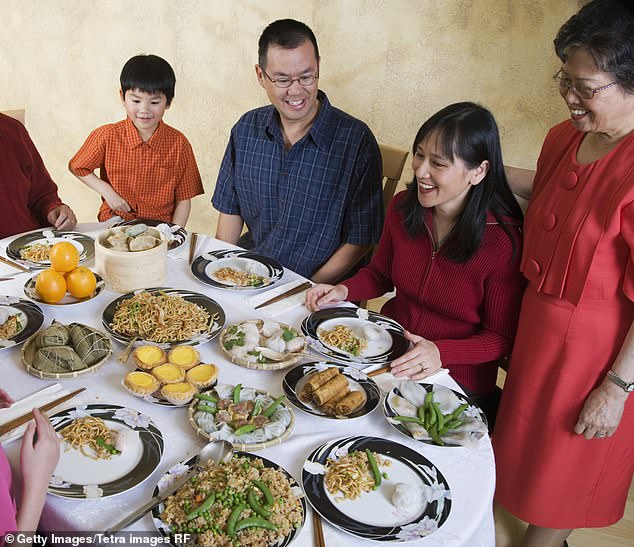 The Chinese woman (not the one pictured, file photo), who remains anonymous, recently went on a blind date with 29-year-old Mr Liu in eastern Chinese province Zhejiang. The woman told Chinese media that she wanted to test if her potential boyfriend was generous enough

The woman told Chinese media later that she wanted to test if her potential boyfriend was generous enough to pay for the feast of 25 people.

After enjoying the luxurious banquet, the woman and her family were shocked to find that Mr Liu had already escaped from the restaurant.

It is reported that he dashed off after seeing the bill, which added up to 19,800 yuan (£2,291) with expensive dishes and alcohol ordered by the relatives.

The date ended with Mr Liu failing the generosity test and his date paying for the meal herself.

They later reached an agreement that Mr Liu would pay for a small part of the meal with the brunt of bill shared among the woman’s 23 family members. 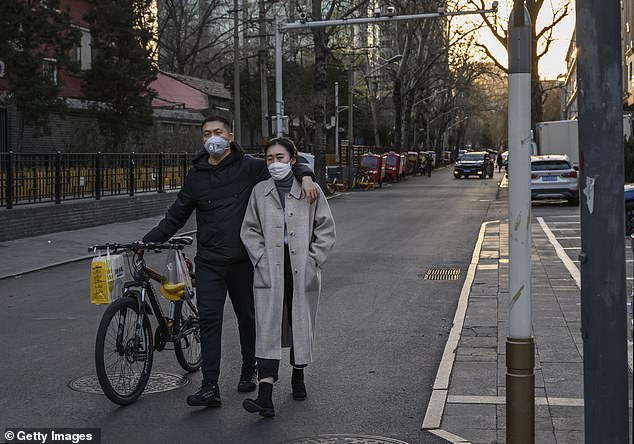 The event has sparked a heated discussion on Chinese social media after being reported this week, with many web users debating who should pay for blind dates. A Chinese couple is pictured wearing face masks as they walk through a quiet road in Beijing on March 19

The event has sparked a heated discussion on Chinese social media after being reported this week by multiple websites, with many web users debating who should pay for blind dates.

One reader wrote: ‘Men should pay out of curtsey. But bring 23 people to the meal is unacceptable.’

Another commenter argued: ‘If they like each other after the date, then the man should pay. If not, they should go Dutch.’

A third web user said: ‘Usually the woman would bring one or two friends in case it gets awkward. We as gentlemen should pay. If the woman bring seven or eight people, you should just leave. She wasn’t genuine anyway.’