Olympic champion cyclist Chris Boardman has been keeping key workers moving during the Covid crisis – by volunteering at his local bicycle repair shop.

The gold medallist tells Radio 4’s Desert Island Discs host Lauren Laverne today how he worked one day a week at the shop near his home on the Wirral.

‘People rode and bought bikes in their droves [during the lockdown],’ he says.

‘We found that a lot of key workers, now buses and trains were running a low service, couldn’t get to work. So they needed old bikes repaired and bought bikes to just travel to those essential jobs. 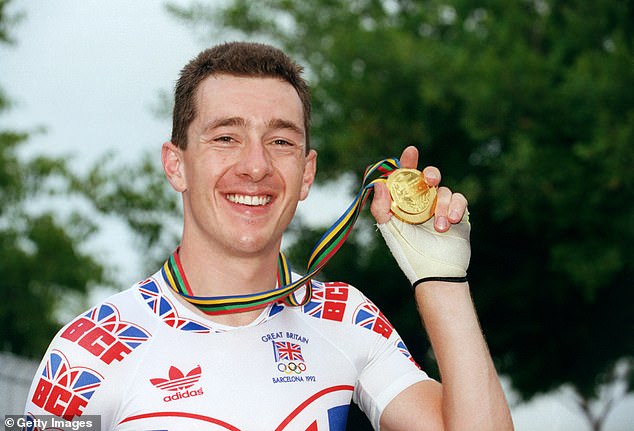 Boardman says the role provided him with ‘something constructive to do’ and jokes that he hopes the repaired bikes ‘didn’t fall apart’.

Boardman, 52, who was an unemployed carpenter at the time of his 1992 Barcelona triumph in the men’s individual pursuit, also tells about how he struggled to cope with the hero’s welcome he received after the Games. 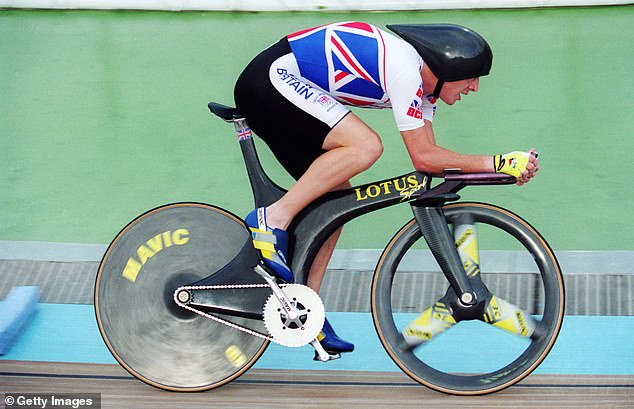 The father-of-six says he only realised the enormity of his achievement when he visited his local fish and chip shop, The Dolphin.

He gets the chips and pushes them across the counter. He then holds his hand up and says, ‘No, it’s OK.’ And that’s when I knew I had made it. Free chips from The Dolphin.’

Desert Island Discs is on BBC Radio 4 at 11am today.