Chris Froome woke up following surgery after a high-speed crash to learn that despite being almost certain to not race again this season, he could end it with a seventh Grand Tour title.

The Team Ineos rider remains in intensive care in hospital in St Etienne after a six-hour operation to treat multiple fractures, including a broken femur and ribs.

The French surgeon who operated on him has told Sky News the cyclist is determined to have a “rapid recovery” and return to the highest level of the sport.

Professor Remi Philippot said the first question Froome asked him was when can he return to cycling, saying: “His morale is very good. I was very surprised, because he’s really strong, he has a very strong mentality.

“At the moment, he only speaks about the future, no concerns about the injury, just the future and he wants to have a rapid recovery – and to do what he has to, to come back at the same level.” 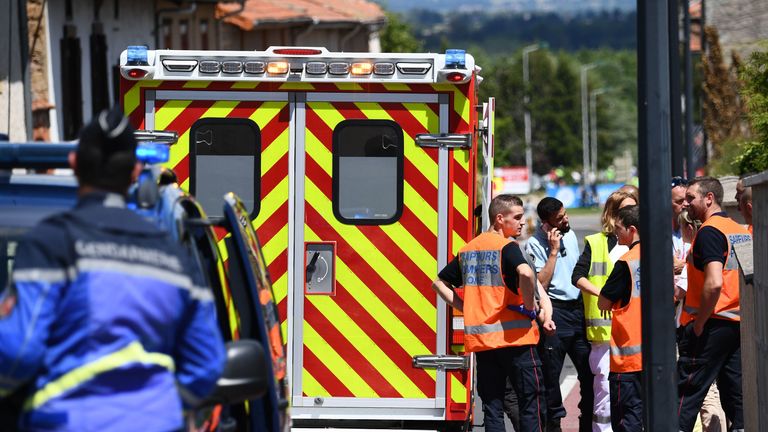 The 34-year old hit a wall at around 35mph during practice before stage four of the Criterium du Dauphine race and has withdrawn from the world-famous Tour de France that begins on 6 July.

But as he came round from surgery, news broke that 2011 Vuelta a Espana winner Juan Jose Cobo has been found guilty of a doping offence and could lose his title.

Froome came second in the race, 13 seconds behind the 38-year-old, who retired in 2014 – with fellow Team Sky rider Sir Bradley Wiggins third – 1 minute and 39 seconds down. A statement from the UCI said the Spaniard had been found “guilty of an anti-doping violation (use of a prohibited substance) based on abnormalities from 2009 and 2011 detected in his Biological Passport” and ruled ineligible for three years.

He has 30 days to lodge an appeal with the Court of Arbitration for Sport.

If Froome is awarded the title, it will be his second Vuelta win after claiming victory in 2017 – and make him the first British Grand Tour winner, 10 months before Sir Bradley Wiggins won the 2012 Tour de France.

His wife Michelle is by his side in hospital, along with Team Ineos doctor Richard Usher, and is expected to remain there for at least another two days.

Ineos team principal Sir Dave Brailsford said Froome was being looked after in “exemplary fashion” but that it was too soon to put any sort of timetable on his rehabilitation programme. 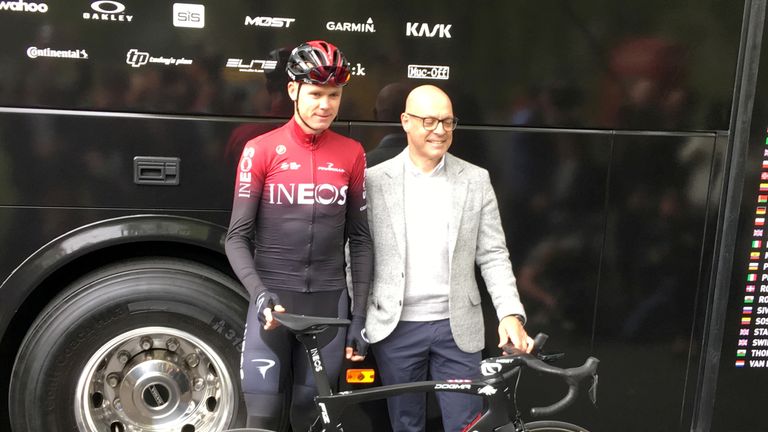 He said: “First things first. For now, let’s just concentrate on today and getting him through today, and then tomorrow et cetera and see how this situation develops from there.

“The first thing in all these situations is to get that first stabilisation, that first phase of medical surgery done really and then go into the recovery process.”

In a statement, Dr Usher said Froome had already discussed a rehabilitation programme after waking up following his operation.

He said: “Chris will remain in hospital for the next few days for observation, but he is already actively engaging in discussing his rehabilitation options, which is very encouraging.” Jenna Ortega Shares Her Thoughts on ‘You’ Fan Theories ‘Shahs’ star MJ Javid wants to have more children
We and our partners use cookies on this site to improve our service, perform analytics, personalize advertising, measure advertising performance, and remember website preferences.Ok