Bill Belichick, head coach of the New England Patriots, is due to turn 70 on April 16, an age that's well beyond when many coaching legends of years past decided to retire. As a 70-year-old NFL head coach, he'll be plunging into unknown territory in many ways.

Mike Krzyzewski is not one of those coaching legends who left the game at a relatively young age. The 75-year-old only recently retired as head coach at Duke. Coach K might be one of the only people who can understand what Belichick will be encountering now as the age gap between him, his players and his coaches continues to widen.

Coach K recently spoke to NBC Sports' Peter King about Belichick, and while he didn't offer any advice, he clearly has great respect for Belichick and what he's accomplished over his long career in the NFL — especially when it comes to team culture.

“I can’t get into his head,” Krzyzewski told NBC Sports' Peter King. “But watching him, it’s incredibly interesting. When somebody says, ‘You’ve been doing this the same way—it’s the same job,’ no, it’s not the same job. I’m adapting; it’s exciting. Like, I’m 75. That happened with USA Basketball later in my life, and I wanted to use what I learned. That’s what I see in Bill from afar. I really admire him and like him. Because really it’s not about him, it’s about them [the players]. There’s nobody who’s built a better culture in pro sports than him. Right?”

"Pro football’s a big business, man. There can be a lot of selfishness. He’s been able to manage all that. Culture should not be assumed. It needs Miracle-Gro every year, and he’s been able to keep that culture going. There’s a Patriot Way. I totally admire that.” 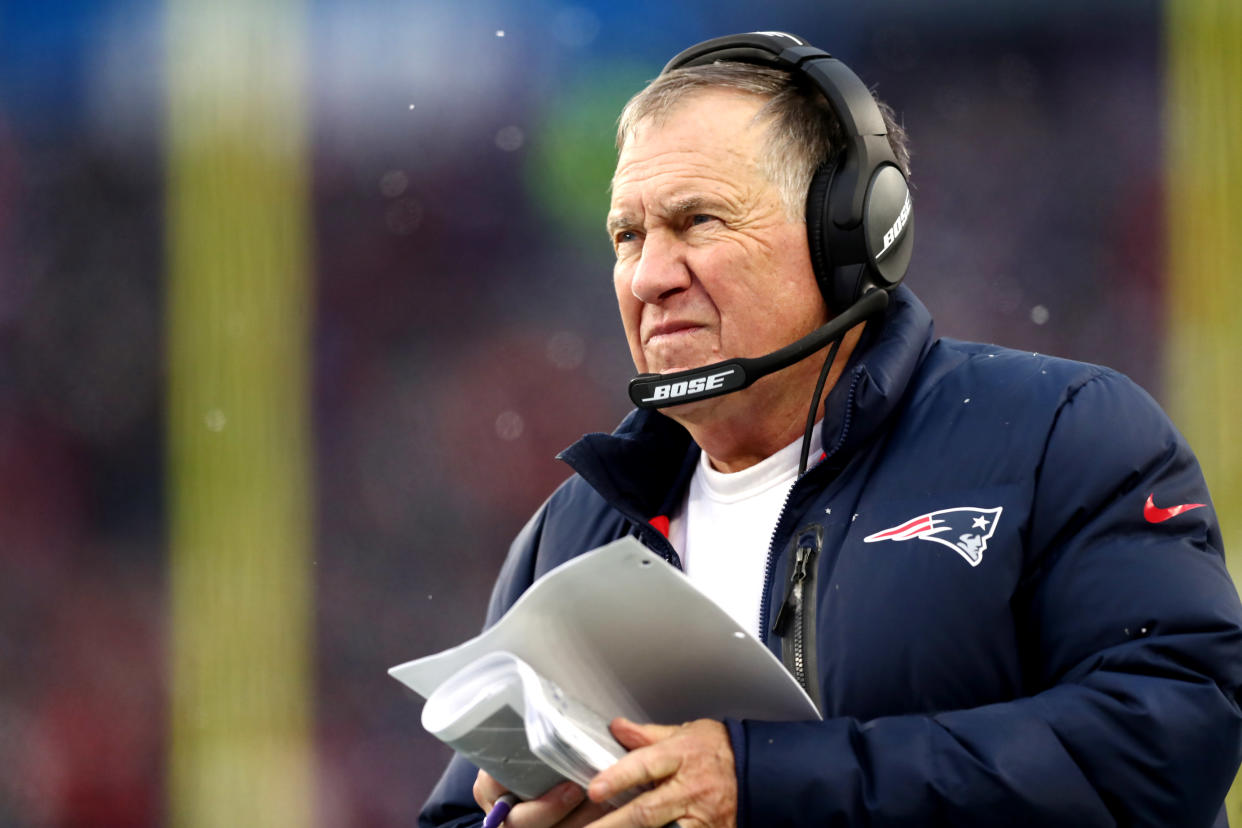 Coach K also reflected on how he changed as a coach as he got older, and how much that benefitted him and his entire staff.

“As I got older,” Krzyzewski said, “I allowed more input of expression of teaching from my staff, from the people around me. I was able to see and feel their hunger. I allowed them more opportunity but the person who got more was me. Because I got more of them. … Their ownership of what you’re doing is deepened. The best way to get ownership is to use someone’s ideas or give them the ability, the responsibility. Like in talking to my team and how you, before a game, set up a scout. As I got older, I allowed more and more, more and more. I learned more. It’s a different music, a little bit different music that occurs.

“I’ve always felt Bill had a curiosity about the game. It wasn’t what he already knew. It was what he was still going to learn and how he was going to use what he knew in the ever-changing environment that he’s in. He’s very adaptive. He’s probably learned to use the talents of the people around him even better. Like, the former Detroit Lions head coach …”

“Yeah. And how he’s using him. It’s different than his past, right?”

While Matt Patricia's title of "special football advisor" is a little (or a lot) too vague to confirm that Belichick is using him in a different way this time around, New England's former special teams coordinator Joe Judge, who was fired as head coach of the New York Giants a few months ago, has been rehired as an offensive assistant.

There's one more thing Coach K loves about Belichick: his complete dedication to his job.