Conman banked £103,000 in payments by saying he was Grenfell survivor

Conman who claimed to have lived in Grenfell Tower to bank more than £100,000 in payouts pleads guilty to fraud

A man who said he lived in Grenfell Tower today pleaded guilty to a fraud worth more than £100,000.

Sharife Elouahabi, of Chelsea, south-west London, said he was living in the Kensington tower block when the fire killed 72 people in June 2017.

The 38-year-old, whose surname was on the court list as El-Wahbe, pleaded guilty to fraud at Isleworth Crown Court. 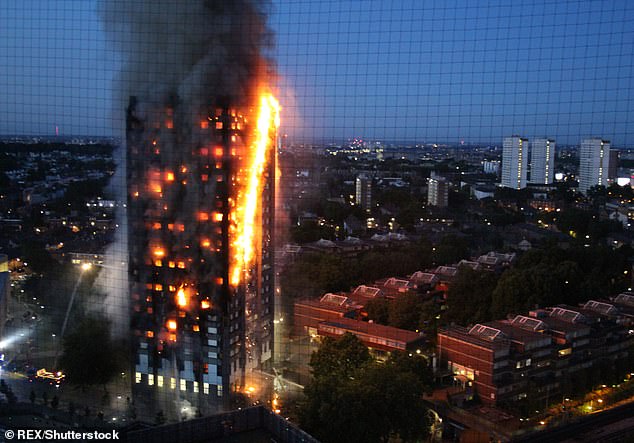 Elouahabi claimed that he was entitled to financial assistance after saying he lived in the tower at the time of the fire (pictured, the tower in flames in June last year)

He admitted making a false representation to the Royal Borough of Kensington and Chelsea, namely that he had been living in the tower and was entitled to housing and financial assistance.

Elouahabi, who received assistance worth around £103,000, will be sentenced on November 20. 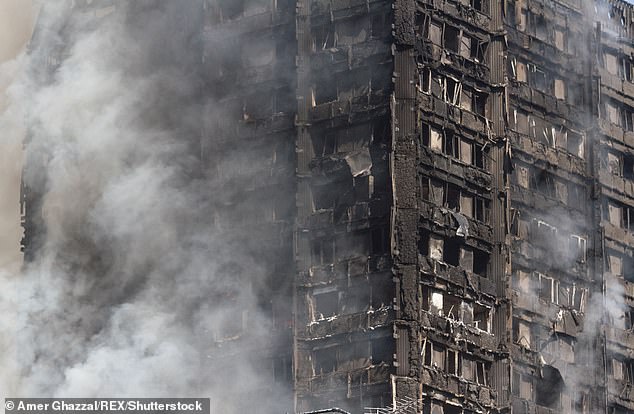 The fire displaced up to 200 families and killed 72 people of 19 different nationalities, including 18 children

More than 70 people were injured when the blaze ripped through the 24-storey building in west London.

The inferno displaced up to 200 families and the dead included 19 different nationalities, with 18 of those killed being children.

The youngest victim was the unborn baby Logan Gomes, who was stillborn after his mother Andreia Perestrelo and Marcio Gomes escaped the flames.

Six-month-old baby Leena Belkadi was found dead in her mother, Farah Hamdan’s arms in the stairwell between the 19th and 20th floor of the building.

Active pensioner Sheila Smith, 84, was the oldest victim and had lived in her flat  34 years.