The Irishman was blown away after Wilder overwhelmed Breazeale in the first-round of the heavyweight bout at the Barclays Centre, New York.

The new WBC heavyweight champ sent fellow American Breazeale sprawling to the canvas with a strong right after just 17 seconds.

Wilder, who drew with Tyson Fury in his last fight in December, immediately called out Anthony Joshua following the win. 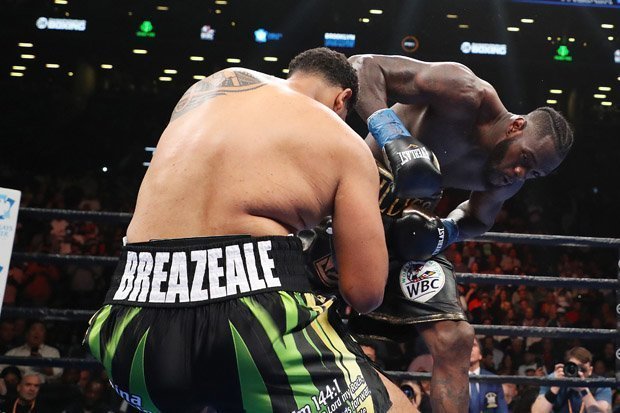 “That was some demolition job at the Barclays Center tonight! Wow”

He wrote: “That was some demolition job at the Barclays Center tonight! Wow”.

McGregor was also said to have been keeping one eye on the fight between Rafael dos Anjos and Kevin Lee at UFC Rochester.

Lee quickly learnt the harsh realities of the UFC welterweight code after RDA caught him with an arm-triangle choke in the fourth-round.

Dos Anjos and McGregor have history after a fight fell through in 2016 because of injury. 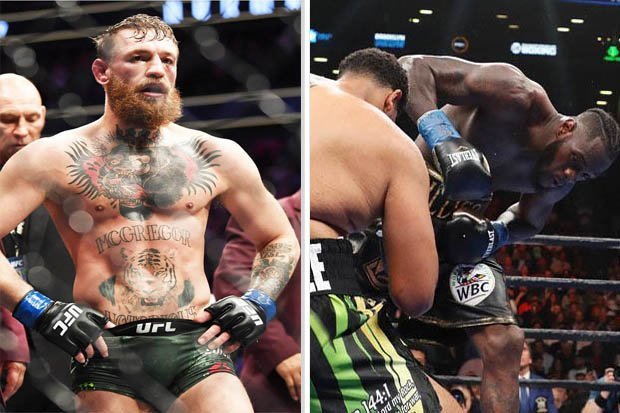 Following an impressive performance against Lee, many MMA fans were left wondering what the Brazil national could have done to McGregor had the fight had gone ahead.

But McGregor didn’t seem to fussed about the speculation.

The north-side Dubliner responded in typical fashion. He said: “I guess we’ll never know, cos he bottled it, with a broken toe.”

RDA claimed he broke his foot just weeks before he was due to step in the cage with McGregor and Nate Dias stepped in as his replacement.