A nature lover who reared two rare white lions from when they were cubs was mauled to death by them in a horror attack today.

Conservationist West Mathewson, 68, was playfully wrestling his beloved lionesses Demi and Tanner today when one of them turned on him. 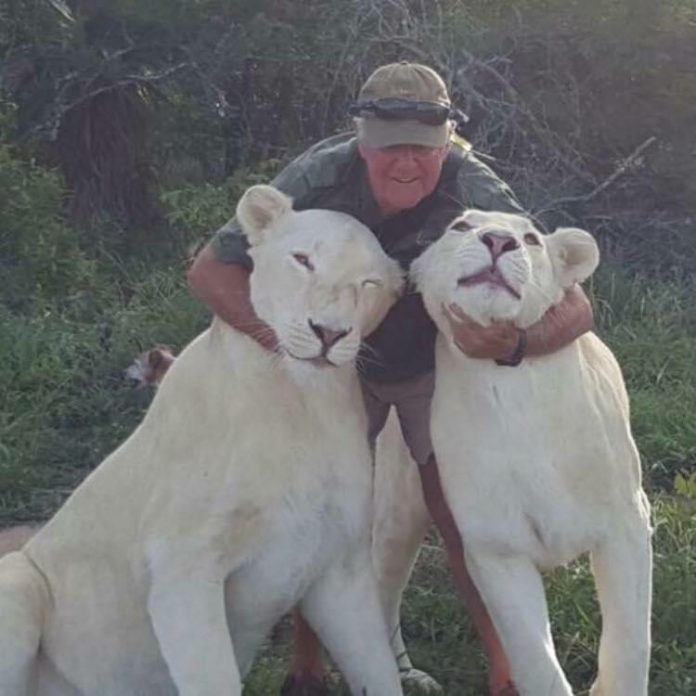 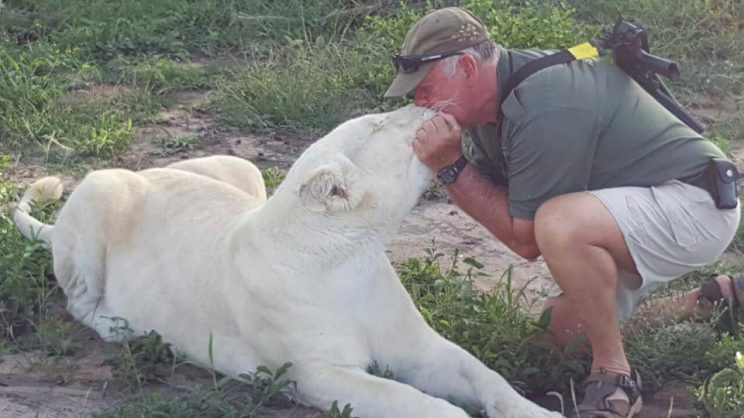 But the kindly boss had continued to playfight and exercise them every day believing they would never attack him.

Sources told tonight how the regular rough and tumble “got a bit rough” until the elderly nature lover reeled back covered in blood.

He died from his injuries on his way to hospital.

Despite the previous fatal attack, tourists had continued to flock in their thousands to walk with the animals.

And a lodge spokesman confirmed tonight that Demi and Tanner would “definitely not be put down”.

They added: “West loved those cats as much as he loved his children and spent much of the day with them every day.

“They didn’t mean him any harm and it was just a tragic accident.”