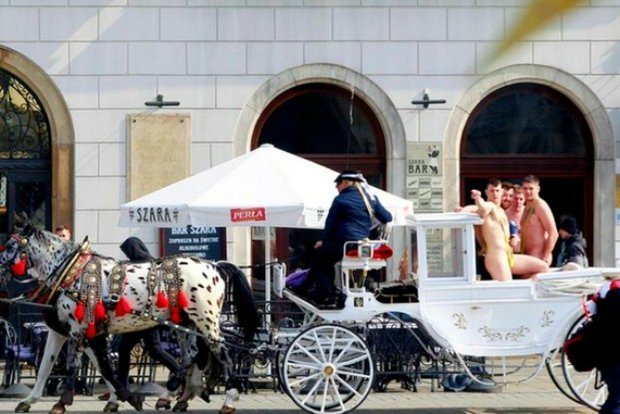 He said: “At the moment no one has been accused – we are still looking. There was a witness who says… they were speaking English.

“They could be Australian or from other countries in Europe who use English. So we don’t know yet if they were British.

“It will not be easy to locate them. If they have already returned to their country it could be difficult.”

Mr Glen continued: “We have many tourists in Krakow and this kind of behaviour is not common. 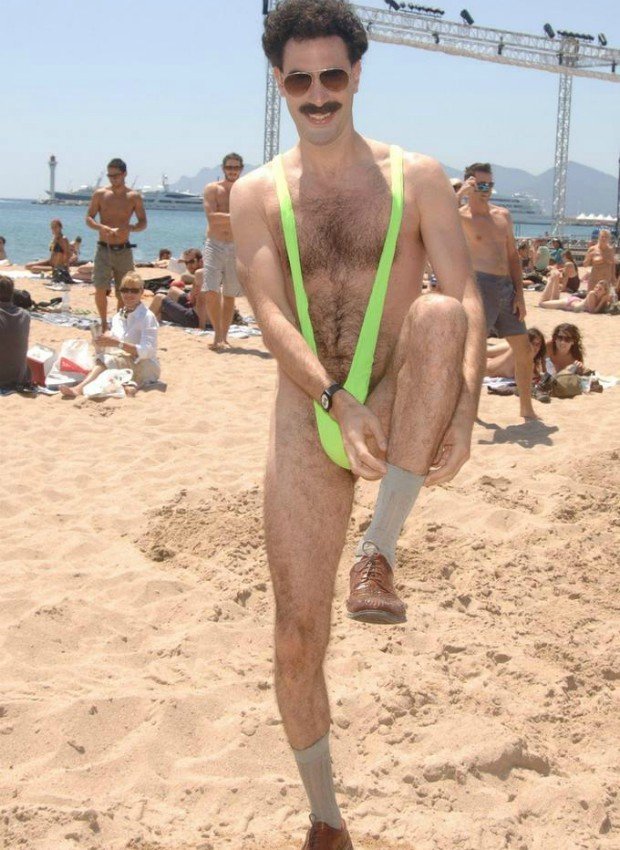 “Many of them come for the weekend and sometimes we have incidents connected to alcohol, like being too loud or fighting, but to be almost naked in a public place?

“That’s not common at all. I remember a few years ago we had to fine some Englishmen who ran naked through the market square.”

However, Mr Glen said that the number of incidents of anti-social behaviour was low compared to the total number of tourists who flock to the city every year.

He added: “Many British people come here for bachelor parties and they wear costumes for fun but it’s very rare that they wear no clothes at all, so that’s why it was so shocking for people to see four men on a carriage in the middle of the day almost naked.”