Donald Trump is keen to return to the campaign trail, the White House said, and will likely be tested for COVID-19 later.

With less than a month to go before the presidential election, Mr Trump, who was diagnosed with coronavirus on 1 October and spent three days in hospital, wants to get his campaign back on track.

The US president is trailing in the polls behind his Democratic rival Joe Biden.

Mr Trump told Fox News he was likely to be tested for the virus later on Friday.

“He wants to talk to the American people, and he wants to be out there,” White House spokeswoman Kayleigh McEnany told Fox News.

“Logistically, whether tomorrow’s possible, it would be tough. It’d be a decision up to the campaign.”

Mr Trump’s personal physician said the US president would be able to safely return to public engagements this weekend.

In a memo, his doctor, Sean Conley, said: “Saturday will be day 10 since Thursday’s diagnosis, and based on the trajectory of advanced diagnostics the team has done, I expect the president’s safe return to public engagement at that time.”

It came as the Democrats called into question his fitness for office. 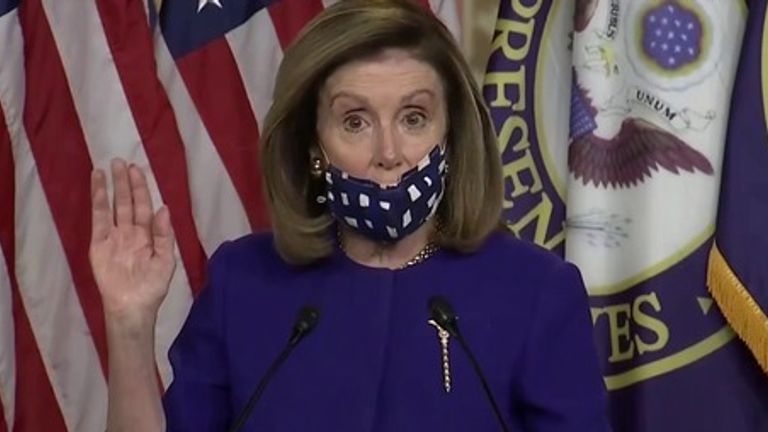 Senior Democrat Nancy Pelosi has unveiled plans for new legislation that would set up a board of experts who could judge if a US president is unfit for office.

Mrs Pelosi, who as Speaker of the House of Representatives is second in the line of succession to the presidency after Vice President Mike Pence, made the announcement amid questions over Mr Trump‘s ability to lead following his COVID-19 diagnosis and treatment.

The bipartisan panel would need the agreement of a VP and Congress in order to remove a US commander-in-chief from power.

Live updates on coronavirus from UK and around world

The move by Mrs Pelosi and Democrats in the House was said to be an enactment of the 25th Amendment to the US constitution, which affirms the line of succession and was passed in 1967. 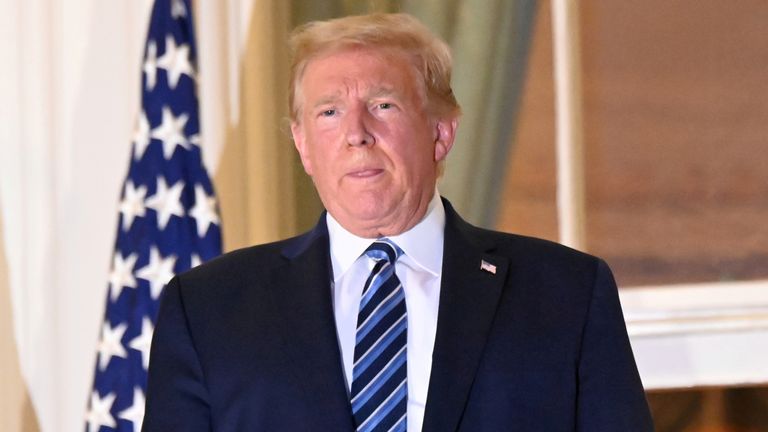 Ms Pelosi said the move “was not about President Trump”, and that “he will face the judgement” of the voters in November’s election.

She said: “This legislation applies to future presidents, but we are reminded of the necessity of action by the health of the current president.”

She earlier noted Mr Trump’s “strange tweet” halting talks on a new coronavirus aid package – he subsequently tried to reverse course – and said Americans needed to know when, exactly, he first contracted COVID-19 as others in the White House became infected.

Mr Trump later tweeted: “Crazy Nancy Pelosi is looking at the 25th Amendment in order to replace Joe Biden with Kamala Harris. The Dems want that to happen fast because Sleepy Joe is out of it!!!”

The 25th Amendment states that, if agreed with the vice president, the US leader can be removed from power with backing from the US cabinet.

It also states that Congress can instruct a body, like the panel Mrs Pelosi envisages, to make this decision with the VP.

The panel that would judge the fitness of the president is planned have eight medical experts – four nominated by Republicans and four nominated by Democrats – and eight senior statespeople like former presidents, attorney generals and surgeon generals.

The 16 selected would choose a 17th person as a chair.

The president would be able to challenge an attempt to remove them from office, but this challenge could be quashed if the House and the Senate had a majority of two-thirds to do so.

Mrs Pelosi went on to cast doubt about whether she would trust a vaccine or COVID-19 treatment that was cleared in the UK. 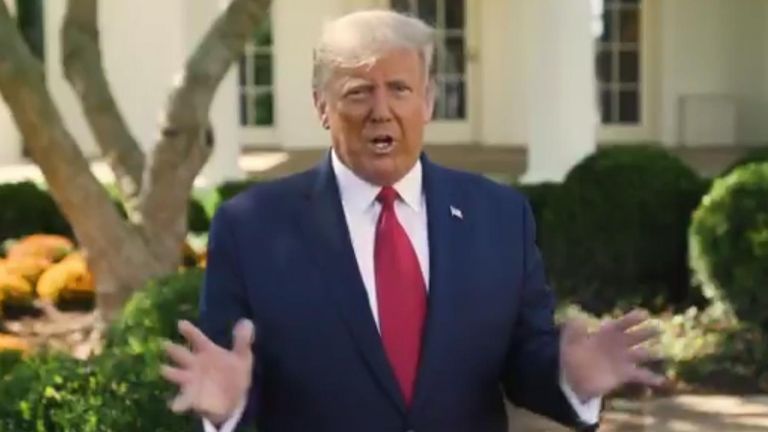 She said: “I think we have to be very careful about what happens in the UK.

“We have very stringent rules in terms of the Food and Drug Administration here about the number of clinical trials, the timing, the number of people, and all the rest.

“So that when a drug is approved by the FDA and the Scientific Advisory Committee that it is safe and efficacious, then it will have the trust of the American people to take it.

“Vaccines are about trust – we want people to take it. We pray that it is soon.

“The sooner the better. Not one day sooner than is safe and efficacious, but not one day later, either.

“And my concern is that the UK system for that kind of judgement is not on a par with ours in the United States.

“So if Boris Johnson decides he’s going to approve a drug. And this president embraces that – that’s a concern that I have about any similarity between the two.”