THE Premier League is on red alert over the coronavirus crisis amid fears that football fans could catch the disease while going to matches, a Sun on Sunday investigation reveals today.

Our probe has found that one London side, Crystal Palace, is so concerned it has given the club’s Selhurst Park stadium a deep clean, while officials at Brighton have urgently stepped up measures to protect players, staff and fans after five cases were linked to the city. 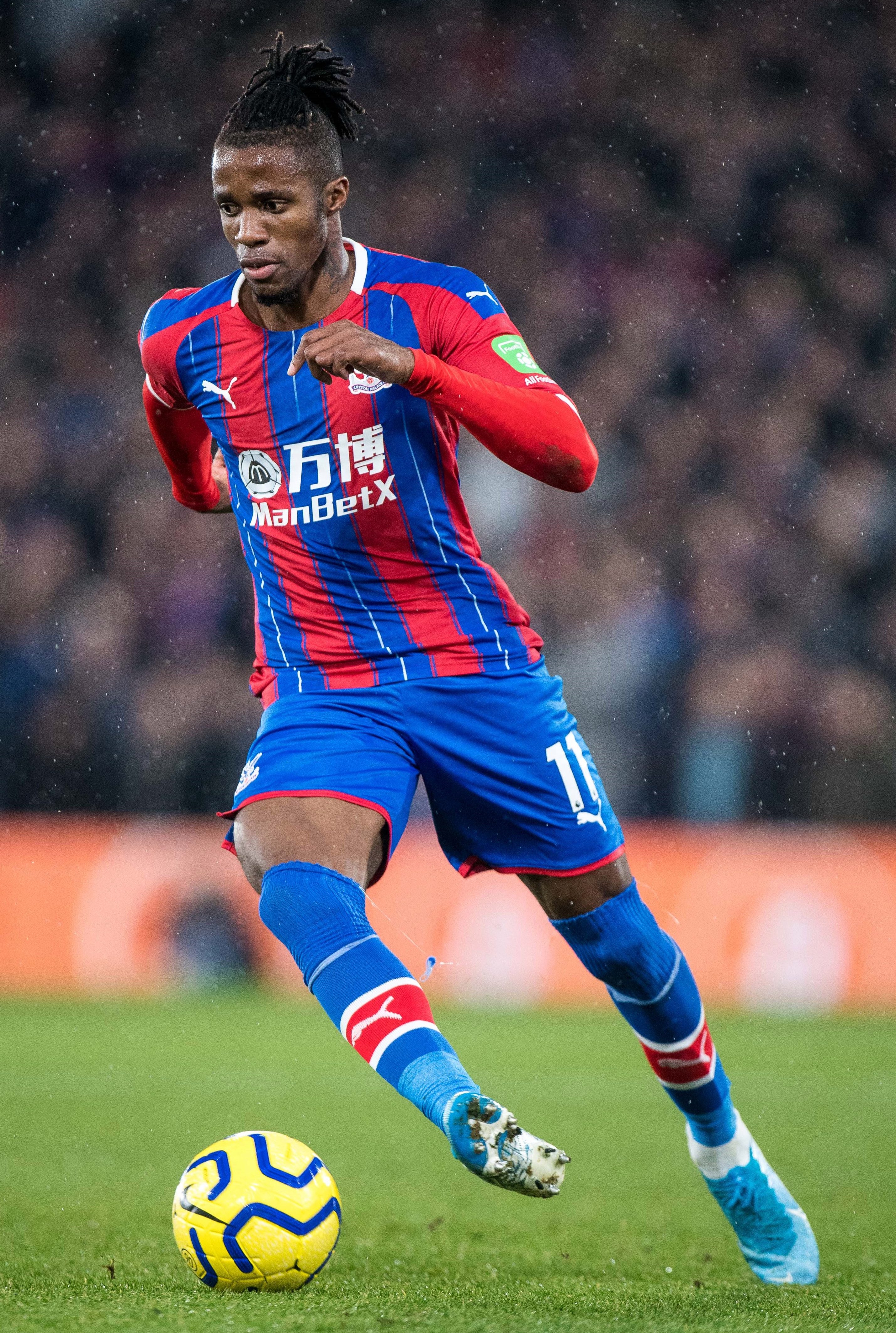 We can disclose that panic is now spreading to the High Street, with worried shop workers asking managers if they should be wearing masks behind the tills.

The crisis is set to spark price rises and shortages of cars, mobile phones, gadgets and toys as Chinese factories – which churn out £44billion of products for the UK a year – have been shut for weeks.

That has hit production of tech items such as the new iPhone, and possibly leading to price rises of up to 25 per cent for gadgets.

We also face having to pay more for medicine and will find it harder to import lifeline medical supplies. Air travel is set to fall for the first time in a decade.

Experts say there is now a risk the virus could wipe out up to five per cent of the world’s gross domestic product – equivalent to £2trillion – and tip the world into a recession.

We examine the threat to our everyday lives from the coronavirus . . .

AS millions of soccer fans return to stadiums after the winter break, clubs are frantically installing extra hand sanitisers and putting up posters warning supporters to go home and self-isolate if they have coronavirus symptoms.

Medical staff at grounds have also had training in what to do if they fear a fan has fallen ill. 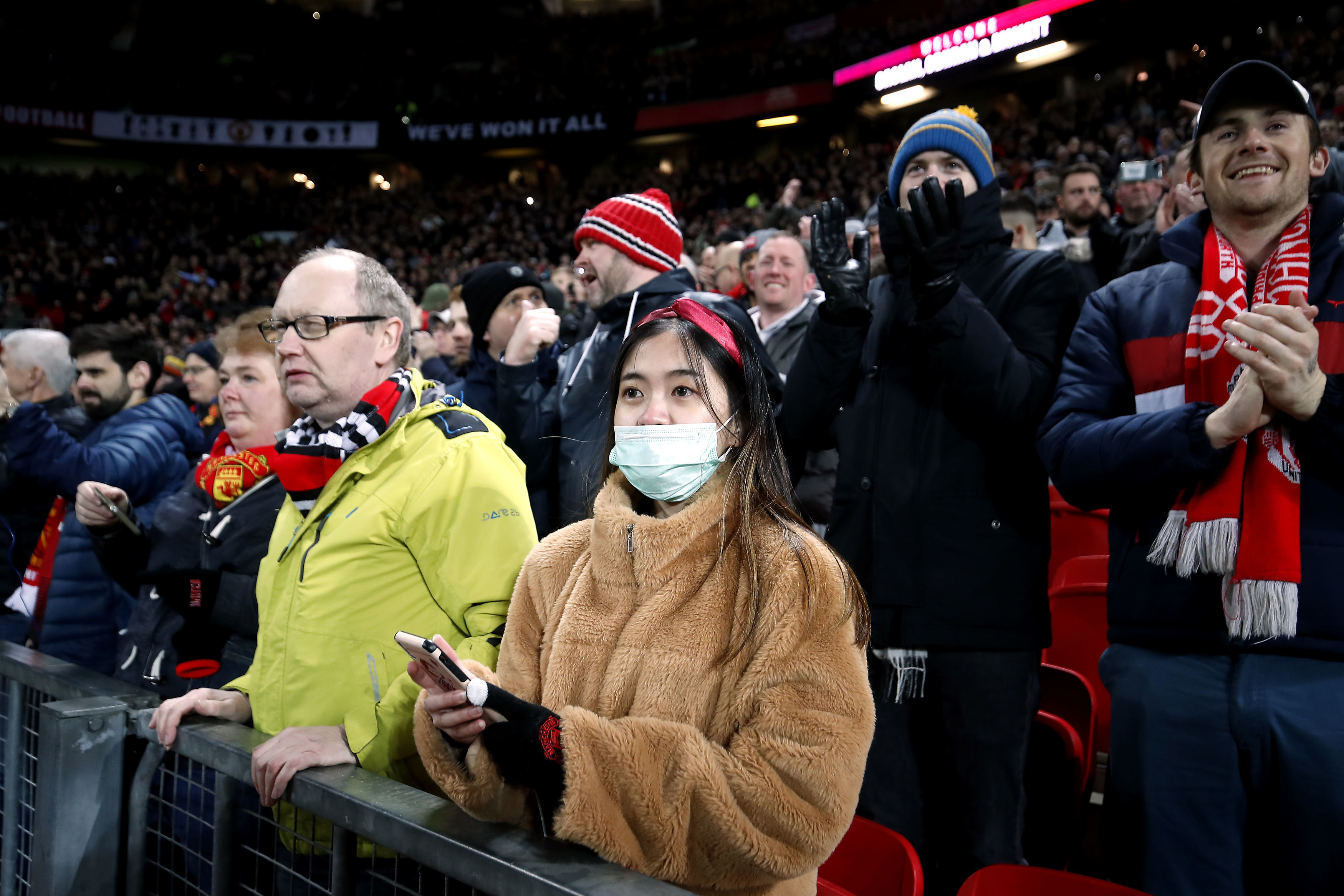 A Crystal Palace spokesman told The Sun on Sunday: “We have installed hand sanitisers in every toilet at the ground, and signs around the staduim will remind supporters to wash their hands.”

Brighton and Leicester City told us they were stepping up hygiene safety too, while fans arriving at Manchester United and Arsenal tomorrow and Liverpool Monday are likely to find extra measures in place as well.

Sources told us many clubs are “fearful” about the impact the virus could have.

One said: “Tens of thousands of people congregate at stadiums. And with so many fixtures over the next few weeks, all clubs fear a carrier of the virus turning up to a match and passing it on.

“That’s why so many clubs are working to protect fans the best they can.”

SHOP workers are so terrified of catching the virus they are asking bosses if they should be wearing masks – but nobody seems to know the answer.

Andrew Opie, of the British Retail Consortium, said: “We are fielding calls from retailers wanting to know what advice they should be giving staff. 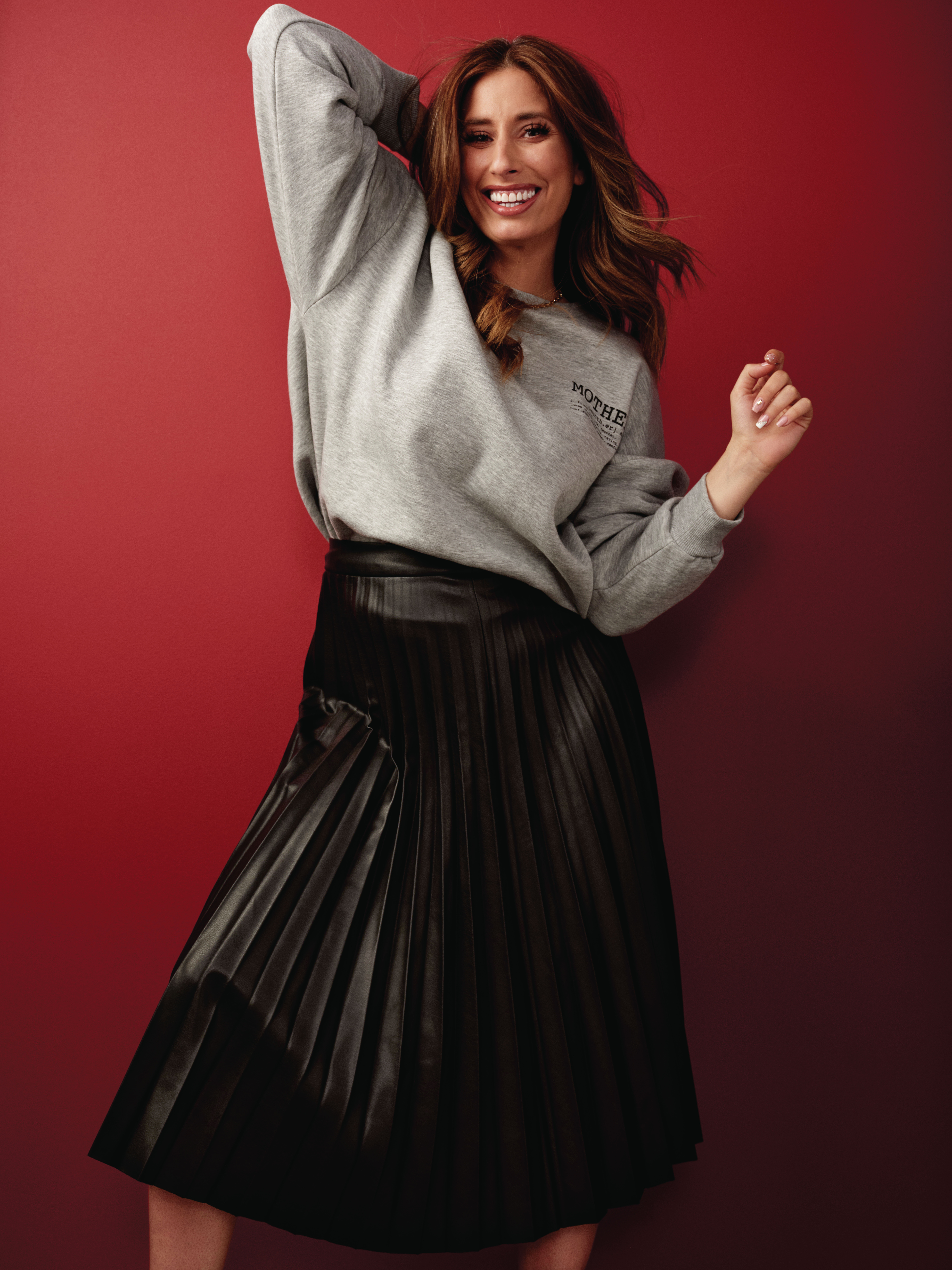 “We’re calling on the Government to produce more guidance. We need specific advice businesses can refer to.”

The crisis is also set to spread to the shelves. Half of Primark’s clothes come from China, as do 20 per cent of Next’s, but for weeks many of the clothes factories have been closed.

A string of brands have already closed stores in China due to the virus, including Nike, Adidas, Puma and Ralph Lauren.

Cosmetic giants L’Oreal and Estee Lauder, which produce millions of items in China, have also announced a massive fall in Chinese revenue.

Retail experts fear this will push down profits for these firms and force many to raise prices later in the year, especially in the run-up to the busy summer season.

Danone, which sells millions of bottles of mineral water and its Actimel range here, has a factory in Wuhan, so supplies may also be hit.

DENTISTS have told how a shortage of Chinese-made face masks has led to suppliers tripling their prices.

Today some websites were selling masks which previously cost about 30p each for more than £1. The British Dental Association warned that supplies could run out by the middle of next week. 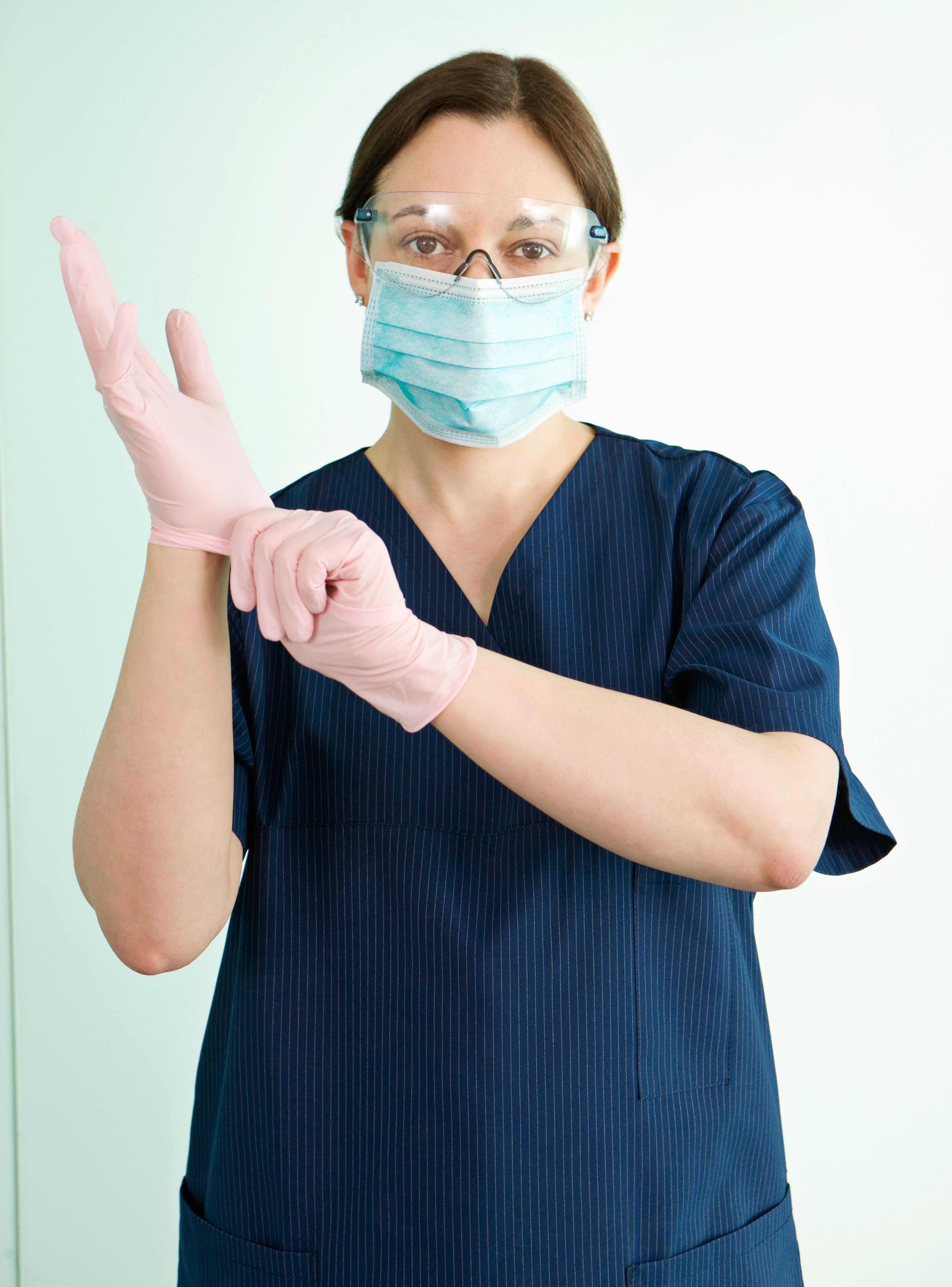 But this may just be the tip of the iceberg. Pharmaceutical companies have been told by the Government to keep hold of stockpiles of urgent medicines which they amassed during the No-Deal Brexit preparations.

Ministers fear restrictions by the Chinese government on air and rail travel could hit global supply chains and have asked firms to carry out a risk assessment on whether coronavirus will affect supplies.

The impact is huge as China is a major supplier of active pharmaceutical ingredients, or APIs. These are the raw materials which go into medications which are used by tens of millions of us every day.

GLOBAL air travel is set to fall for the first time in a decade due to fears of the virus.

Flight cancellations to places where the outbreak is rife will bring a 4.7 per cent fall in ticket sales worldwide, costing the industry £23.7billion. 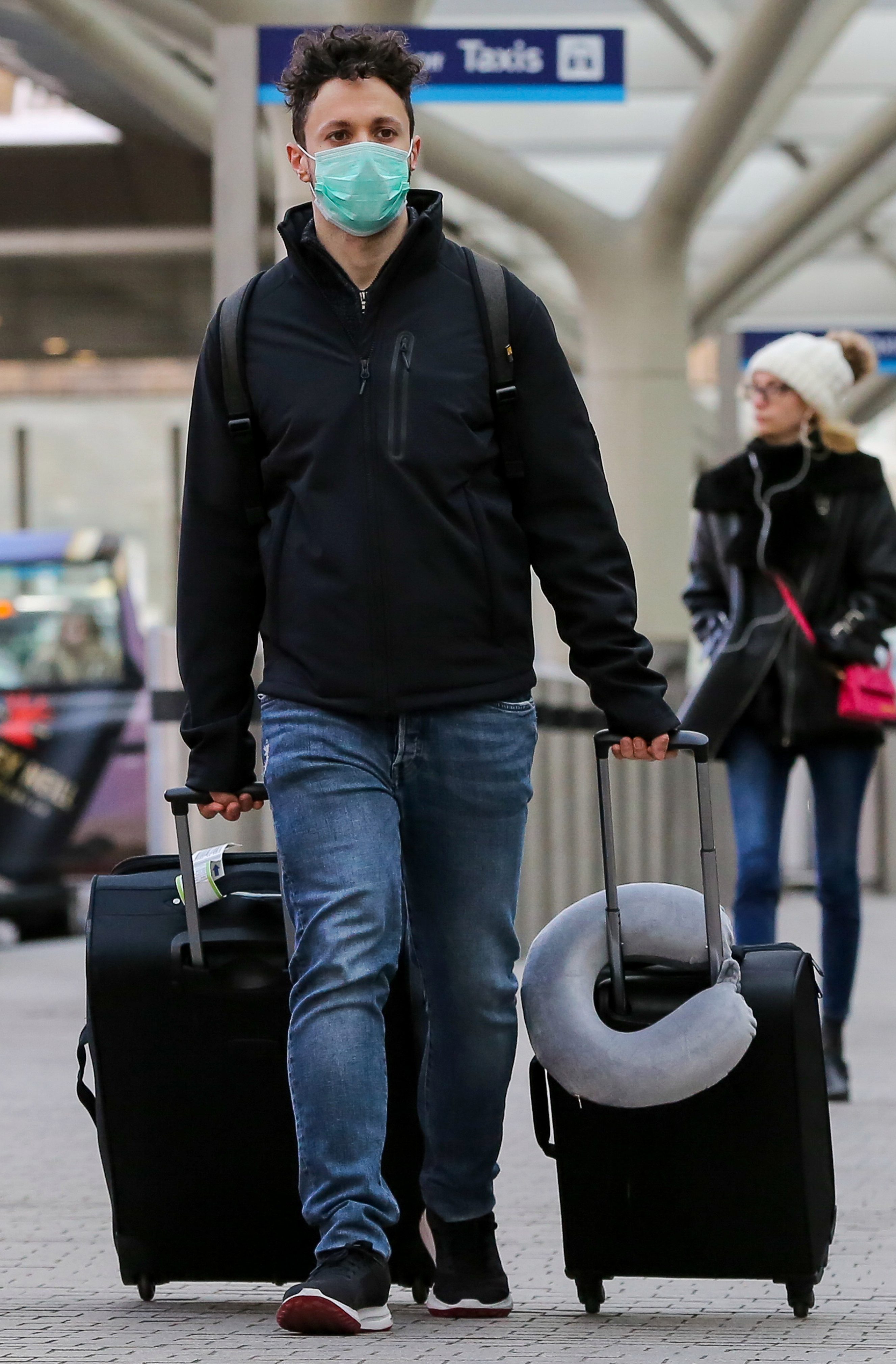 This week British Airways extended its flight cancellations to and from China to April 17, having previously cancelled flights up to April 1.

Travel agents have hit out at airlines for not simplifying flight alterations during the crisis.

Cruise lines have amended or cancelled itineraries to avoid countries in Asia where travel restrictions are in place.

But agents who have packaged cruises with flights to Asian destinations other than mainland China have run into problems with airlines as they have tried to fly customers to or from the ports they sail from.

The Foreign Office advises against all but essential travel to mainland China but not to countries such as Singapore or Vietnam, so airlines still fly there.

He added: “These are challenging times for the global transport industry. Stopping the spread of the virus is a top priority.”

CORONAVIRUS has put the brakes on car production in China in the past fortnight – and that is likely to be bad news for British motorists.

The China-UK car market is worth around £1billion a year and Honda, Peugeot and General Motors all have factories in Wuhan, which have been closed for a fortnight. 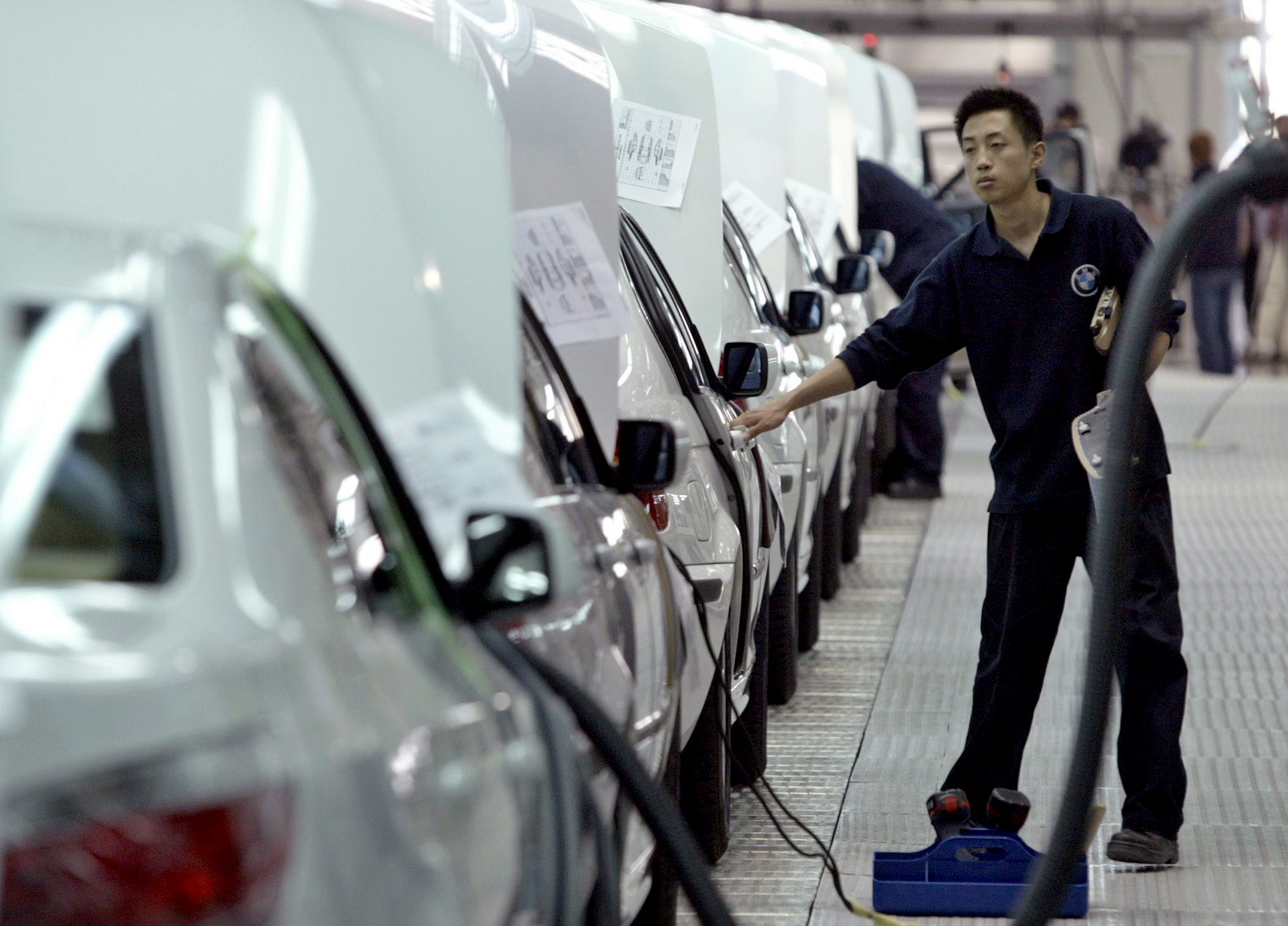 VW, BMW, Toyota and French car parts firm Valeo have also been forced to shut plants in other parts of China.

Jaguar Land Rover is already flying parts into Britain in suitcases as the virus hits its normal supply chain.

PARENTS who are hoping to get the latest toys as presents for their children could face tearful tantrums due to the virus.

The maker of the massively popular LOL doll range – which is set to be this year’s must-have Christmas toy – is already reporting shortages. 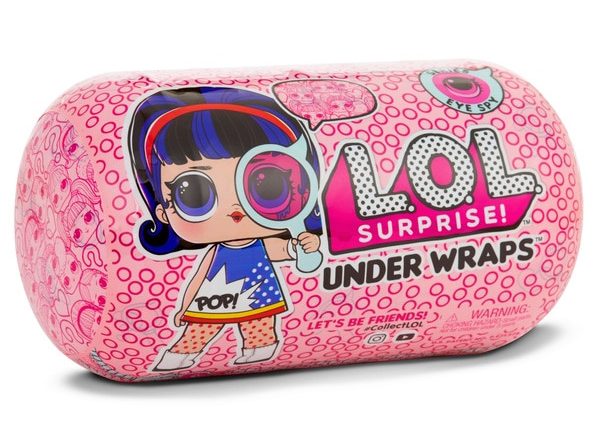 And even though it’s only February, the boss of the LA-based firm, Isaac Larian, has warned it is likely to have an impact come December 25.

He said: “It’s a big mess and very frustrating. All toy companies begin production for winter products right after New Year. I just got a call saying some of our factories won’t be open until March. These are toys for Christmas.

“We now have to manage how to reallocate the supply, not just in the US but the world.”

Hasbro, which produces all the toys based on Disney’s Frozen 2 and the Star Wars franchise, has already warned of disruption to production.

John Baulch, of Toy World ­magazine, said: “For those who thought it would be fixed in a matter of weeks, that ­outcome is looking increasingly unlikely.”

GADGET fans face a shortage of the latest products if the virus spreads further.

Taiwanese firm Foxconn, which makes Apple’s iPhones and AirPods, has closed its largest factory in China, where a million phones a week are made, so the firm faces losing tens of millions of pounds of revenue. 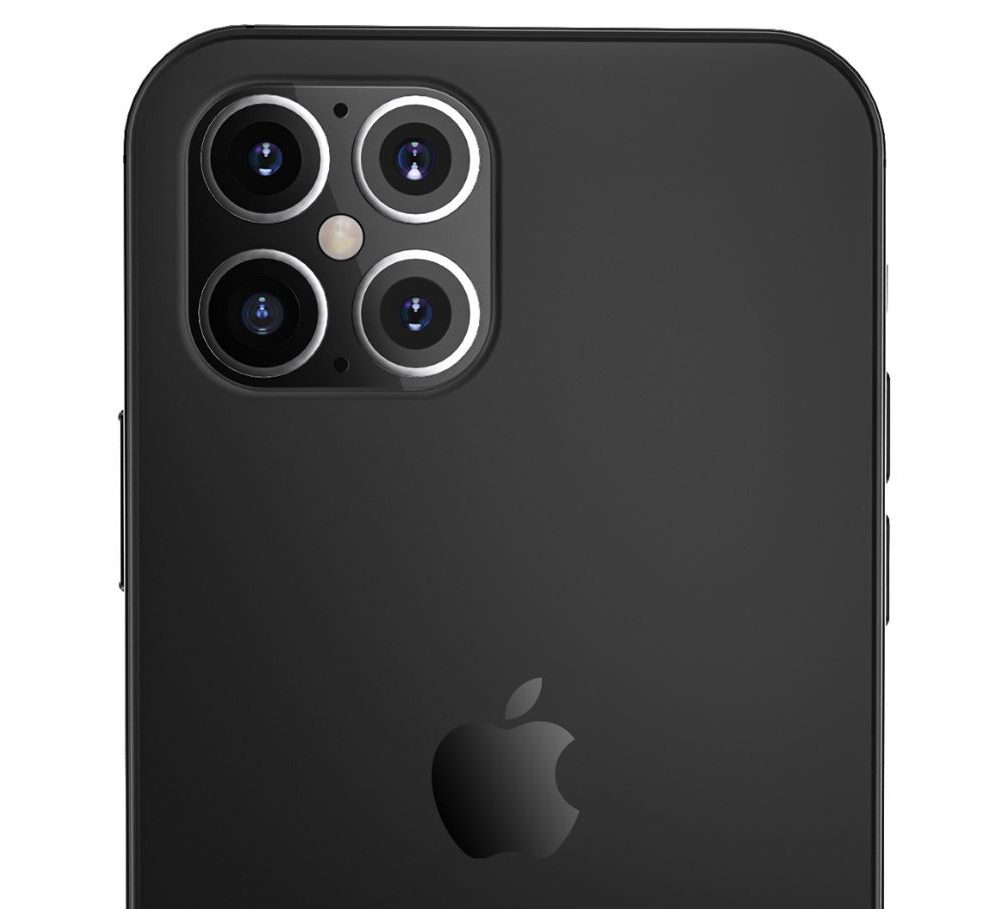 The virus is having a huge impact on production of the new iPhone 12.

Apple has stopped its staff travelling to China to approve the engineering of the new model, a stage that is vital before allowing production to start.

Manufacture usually begins in June, allowing Apple to release the handsets by September, so unless it gets engineers there soon it will miss that window.

The phones are still likely to be made but there will be a big shortage, so prices could go up.

Japan has already reported a shortage of Nintendo Switch consoles and games, and the long-awaited new X Box Series X console, and the PlayStation 5 are both being produced in China.

Shops had hoped to have them in stock by autumn in time for Christmas.

Any shortage is likely to lead to stores raising prices.