Coroner will reopen investigation into mysterious death of UKIP candidate, 33, found in pool of blood days after receiving death threats

A coroner is set to reopen an investigation into the death of a former UKIP candidate found in a pool of blood days after receiving death threats.

Police described the death of Ramsay Urquhart, 33, in April 2019 as ‘unexplained but not suspicious’. A post mortem said the death was ‘unascertained’.

His body was found wrapped tightly in a duvet at a flat in London and his laptop was missing. He’d moved from Aberdeenshire two weeks earlier in search of work.

His grieving father Murdo has been campaigning for a full investigation into his death – he refuses to accept the official account that there were no suspicious circumstances, and believes his son may have been attacked.

Mr Urquhart senior, 67, a former technician at Inverness College UHI, has now secured a fresh investigation by a coroner in Sunderland, which he hopes will piece together exactly what happened. 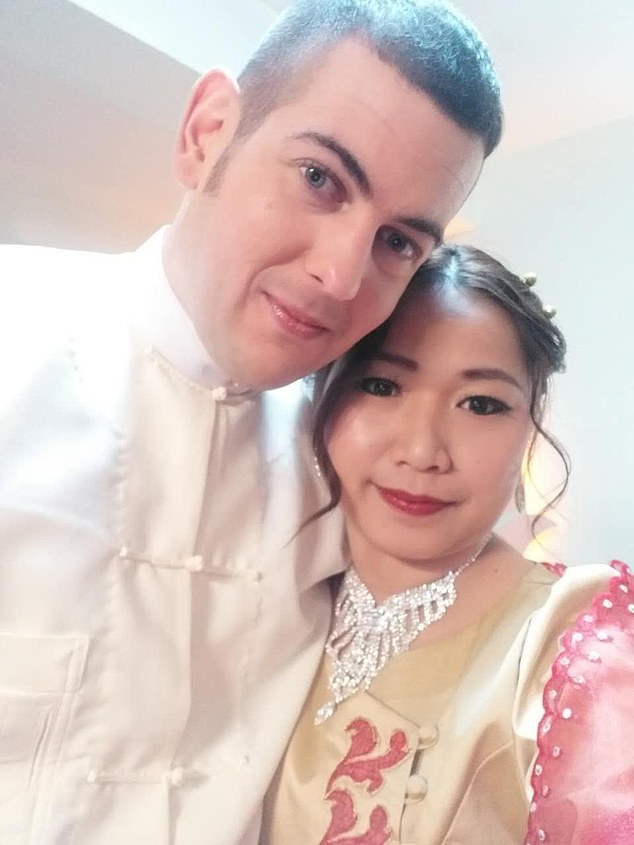 Police described the death of Ramsay Urquhart (pictured with his widow, Pan Ei Phyu), 33, in April 2019 as ‘unexplained but not suspicious’. A post mortem said the death was ‘unascertained’

Ramsay Urquhart, a former Holm, Lochardil, Inverness Royal Academy and Nairn Academy pupil had been living with his parents in Aberdeenshire up until two weeks before his death, when he moved to London to find a job.

In 2010 he stood in the general election for Glasgow Central but came eighth out of nine candidates, only beating the candidate representing the Pirate Party.

His body was found in a room in a home of multiple residents by police after they were alerted by his worried family.

They were concerned about their son’s mental health and have since learned Ramsay had received death threats in the days leading up to the tragedy.

But officers who found his body covered in blood said there was nothing suspicious, which Mr Urquhart refuses to accept.

His widow, Pan Ei Phyu, 30, originally from Myanmar, who met Ramsay while they were both teaching English in China in 2014, said: ‘It’s more than a year since Ramsay died and I still do not know what happened. 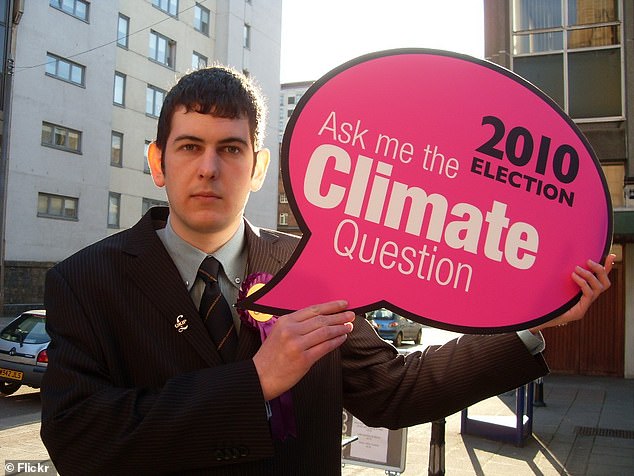 His body was found wrapped tightly in a duvet at a flat in London and his laptop was missing. In 2010 he stood in the general election for Glasgow Central but came eighth out of nine candidates, only beating the candidate representing the Pirate Party

‘He was only in London two weeks when he passed away. We’d speak on the phone every day and then, when I tried to call and message, there was no response. When it went a couple of days, I got in touch with my father-in-law and he called police.

Mr Urquhart said: ‘All I want is justice for my son. I want the coroner to accept that my son’s death is unexplained or suspicious in order for a new investigation to be launched.

‘I believe that my son was smothered and then battered to death, and I think there has been a major cover-up to protect those who initially investigated his death.’

He and his wife Susan claim there are too many unanswered questions and that new evidence is still being uncovered.

He said: ‘We made numerous phone calls on April 16, 2019, to police in London and made a visit to our local police station in Elgin to try and get someone to listen to us as we were worried about our son’s mental health, and his wife could not make contact with him. 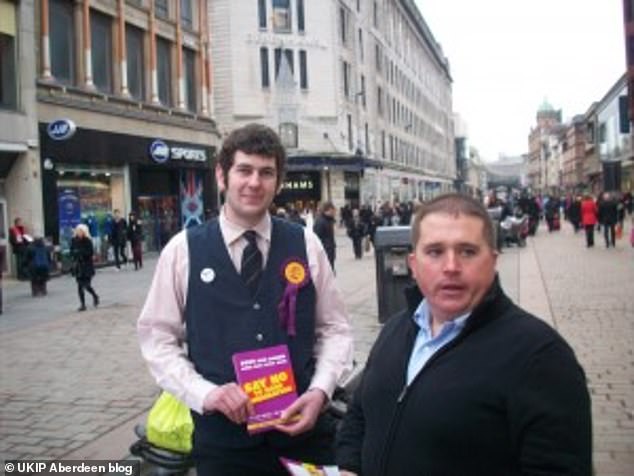 ‘After ignoring our pleas for help, two officers finally went to Ramsay’s home and found him face down on his bed, surrounded by blood. He was pronounced dead at the scene on April 17.

‘Two police officers arrived at our door in the early hours of the morning to tell us our son was dead, but said there were no suspicious circumstances.’

After Ramsay’s body was released 12 days later following a postmortem, Mr Urquhart and one of his sons went to London to see his body and make arrangements for a funeral.

But he, and his wife – who travelled from Burma to see him – were denied access.

Ramsay was cremated, and his family was charged for the cost of the ceremony.

‘There has been a catalogue of failings in the investigation of my son’s death. After investigating his death for a number of months, it came to light that two police officers had been to Ramsay’s home two days before he died because he had received death threats. They were the last two people to see my son alive as far as we know,’ he said.

A spokesman for the Metropolitan Police Service (MPS) said: ‘Following the death of Ramsay Urquhart on Wednesday April 17, 2019, the MPS made a mandatory referral to the Independent Office for Police Conduct on Tuesday April 23.

‘The Independent Office for Police Conduct, having conducted an independent investigation, has informed the MPS and the coroner that none of the officers and police staff members involved had a case to answer for misconduct.

‘However, the MPS has agreed with the IOPC that management advice be given to four officers and a member of police staff.’

A spokesman for the deputy chief coroner in England and Wales said: ‘The investigation and inquest hearing have now been transferred to Sunderland, and a substantive hearing will be listed in due course.’