A council in Victoria’s alpine region is urging ratepayers not to list their properties on short-stay sites and instead rent them out long-term to help plug a major shortage of key workers.

A shortage of affordable long-term rental properties is contributing to an acute under-supply of workers across a range of industries, including hospitality, healthcare and education. 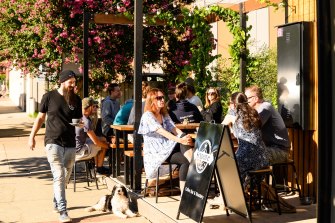 Demand for hospitality workers is booming in towns including Bright.

Restaurants and cafes in towns popular with holidaymakers across the state have been forced to cut their trading hours because they cannot find enough employees to remain open all week, despite an increase in visitors.

More owners listing properties on holiday rental sites, the rising trend of people leaving Melbourne for regional Victoria and the increasing tendency for young people to remain in country towns have all contributed to the housing shortfall.

In a bid to address the problem as the busy summer period approaches, the Alpine Shire wrote to all landowners this month asking them to consider long-term tenants and make the switch from short-term sites such as Airbnb or Stayz.

“We strongly encourage anyone considering their property options to make contact with council, said Alpine Shire mayor Sarah Nicholas said. “Your property could become a much-needed home for a vital key worker.” 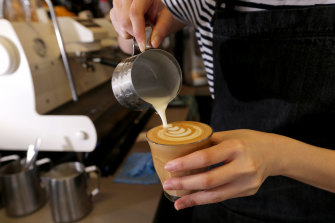 A hospitality worker shortage is starting to bite in regional Victoria. Credit:Wayne Taylor

Cr Nicholas said a “handful” of property owners had so far contacted the council about letting their homes as part of the program.

Figures supplied by the shire showed the cost of renting rose 14 per cent in the year to April in the popular town of Bright, while median house prices increased by 24 per cent between 2019 and 2020.

Bright’s population grew by 1.3 per cent in the year to 2020. But by April the number of long-term let properties had fallen by 6 per cent on the year before, with some changing over to the short-term market. 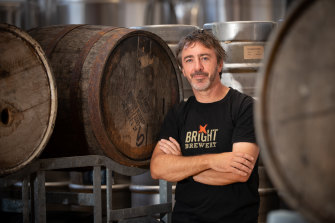 Holiday accommodation is scarce in the region over the summer holiday period, but some apartments are attracting prices of $1000 a night during the peak.

However, Cr Nicholas said there were benefits to long-term rentals, including fewer costs for cleaning, marketing and furnishing.

“The income difference between short-term and long-term accommodation may be less than people think.”

In a Facebook video posted by the council last month, Bright P12 College assistant principal Scott Burton said he was evicted from his rental property, and it took almost 80 days to find a new home.

Bright Brewery owner Scott Brandon said he had been able to retain workers because over the years he had worked to increase his proportion of permanent staff.

But he said it was clear other businesses were struggling to attract enough staff with many forced to reduce their hours, particularly midweek, and some of those customers flowed over to the brewery due to the lack of options in the town.

“They might be open five days a week, but tourism is a seven-day-a-week business,” he said.

Rural Councils Victoria deputy chair Jenny O’Connor said the housing shortage was a complicated problem because councils wanted to encourage tourism to stimulate their economies, but it was contributing to the shortage of workers required to serve holidaymakers.

“It’s a wicked problem. There’s no easy solution,” she said. “As communities we want permanent residents as well as tourists.”