Couple can’t sell £210,000 home because of FOOTPATH running through it

An elderly couple can’t sell their home of fifty years – after it emerged there is a footpath running through their front room.

Great grandparents Frank, 74, and Patrica-Anne Barret, 67, put the three-bed house up for sale for £210,000 and soon accepted their first offer.

But the offer was taken back after the potential buyer’s solicitor checked the land registry – and noticed a footpath running straight through the property in Newquay, Cornwall.

The path was diverted before the house was built – but an administrative error by the council means the path still officially runs through the house on plans.

Now, the Barret’s have been told they can’t sell their home because potential buyers can’t secure a mortgage on the property.

Frank, 74, a retired builder, said: ‘We first found out about the footpath about 14 months ago. We put the house up for sale and the buyer’s solicitors found it. 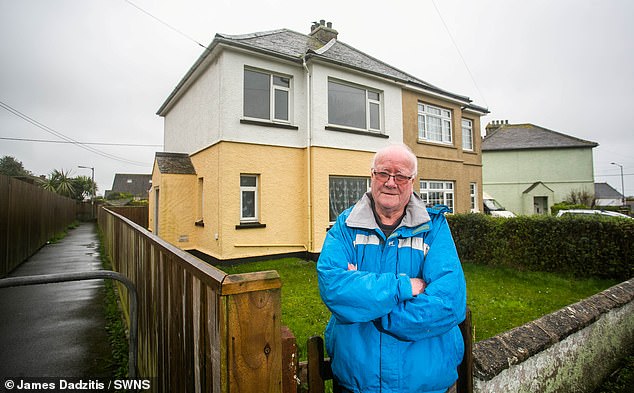 Frank Barrett who discovered an administrative error meant that the land registry had a footpath listed as running straight through his house in Columb Minor, Cornwall 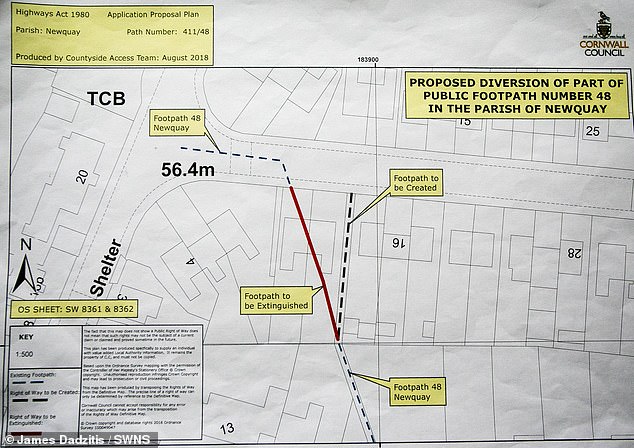 ‘When the house was bought in 1988 there was nothing on the land registry.

‘The land was given to the council about 70 years ago, in 1946 or something like that.

‘The council then built two council houses and where they were built there used to be a public footpath that ran through where the houses now are.

‘They redirected the footpath around the house. We knew nothing about it, as far as we were aware everything was hunky dory.’

The house has been up for sale for over a year now and Frank said that two offers have fallen through due to the council error.

He continued: ‘The path doesn’t exist, all it is is a line on a map. We’ve lost two buyers now, they can’t get the money so we can’t sell the house.

‘They told us it will cost £3,000 to redirect the path but the idiot at the council wasn’t listening, I’ve already told him that the path has been redirected.

‘When he got that bit they offered to charge us half just to get it off the map. It’s totally ridiculous. We’re stressed to hell.’

The Barret’s inherited the house from Patricia-Anne’s parents, Stan and Jane Christophers, who first moved into the house in 1957 before buying it from the council in 1988.

Patricia-Anne, an assistant nurse, grew up in the house and has many fond memories of the family home, but now it is a large source of stress for her.

She said: ‘Its ridiculous. The path doesn’t exist and the council can’t fix the problem, it should be easy to sort out.

‘I’ve been crying, my husband’s been crying – we shouldn’t be going through this.

‘I’ve had to return to work to pay for the bills, I should be retired by now.’

Frank said that he and his wife are now living in a house nearby, but are having to pay to keep 12 Leader Road.

Frank continued: ‘Patricia’s had to go back to work. She’s coping badly, she’s suicidal half the time. 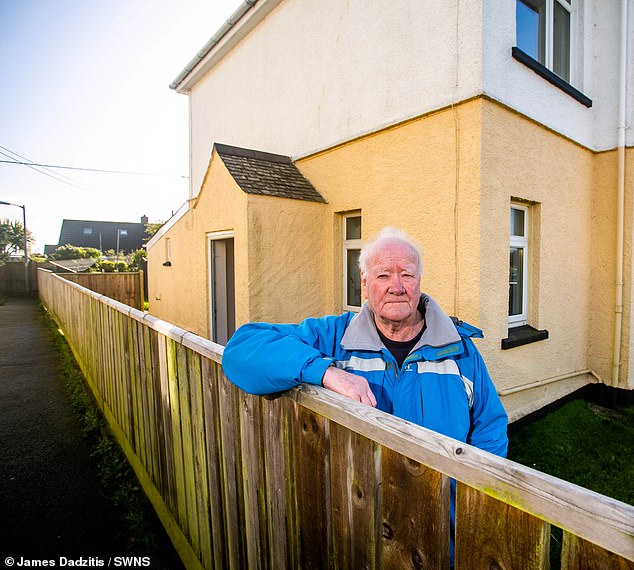 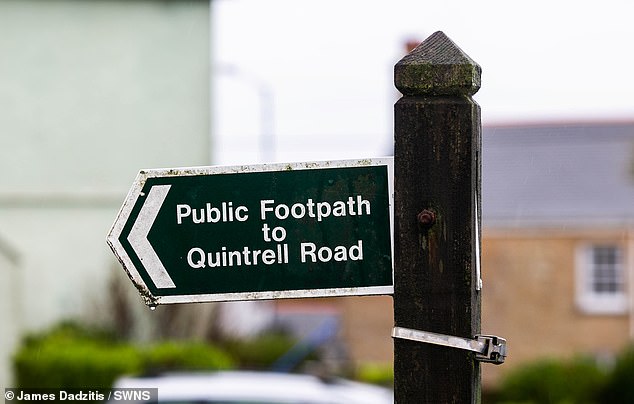 ‘She’s got two bad hips, she shouldn’t be at work at all.

‘How are we supposed to live on that?

‘At this rate, we’ll have to sell our own home just to pay for this one else we’ll go bankrupt.

‘It’s draining all our money, we don’t have anything left to live on. We’ve got about £200 per month to live on, I can’t go on like that.’

Their local councillor Cllr Mark Formosa said: ‘Sadly, I was not really surprised to hear about this because it is just another symptom of how badly run the council has been over the past few years.

‘I was disappointed that the council did not own up straight away to the error which it had inherited.’ 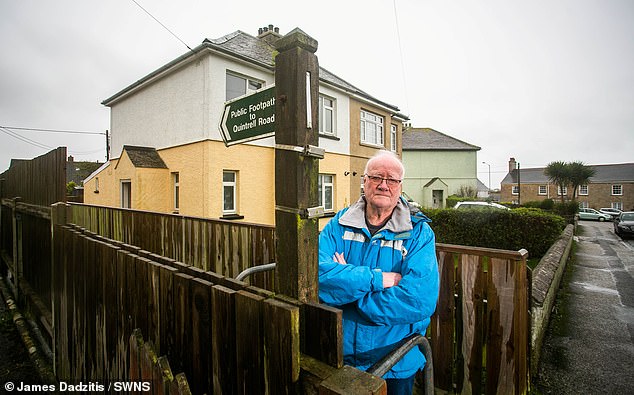 A spokesperson for Cornwall Council said: ‘Cornwall Council is working to try and put right a wrong that happened decades ago that has only recently been brought to our attention again.

‘A former council built some homes on the site over 50 years ago but didn’t follow the proper process to divert a footpath which is still shown on the definitive map as running straight through the house.

‘Although this is an historic mistake made by a previous council, we realise that this is distressing for the residents and we’re doing all we can to sort it out. ‘