Couple who forced their son, 11, to join in sex acts with them ‘to keep him on the straight and narrow’ because they thought he was gay are jailed for a total of 15 years

A couple who forced their 11-year-old son into sex acts in a twisted bid to stop him turning gay have been jailed for a total of 15 years.

The boy’s father told police when he was arrested that he wanted to keep his son ‘on the straight and narrow’ so made him take part in the ill-founded sex education.

The couple were last night starting jail sentences totaling 15 years after a judge was told of the humiliating sex experiences the boy endured.

Appearing at Reading Crown Court yesterday, the father was convicted of charges of child cruelty and indecent acts with a child. 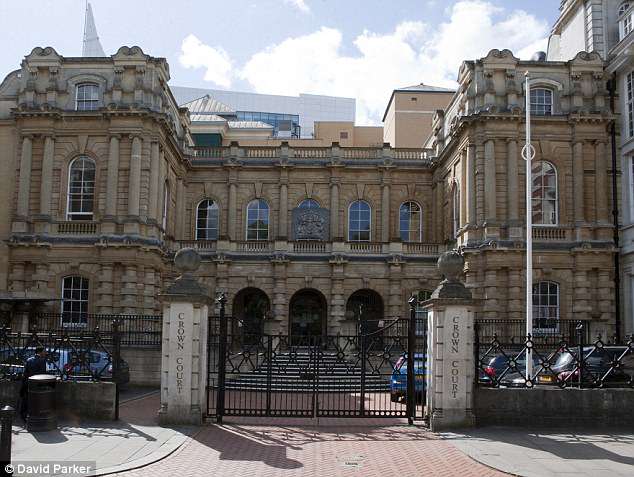 Reading Crown Court, pictured, heard the father and step-mother subjected the boy to humiliating sexual abuse in a warped bid to prevent him turning gay

He was cleared by a jury of a third charge of indecent assault.

The step-mother was charged with child cruelty, indecent assault and indecent acts with a child.

She denied all charges against her but was convicted by a jury of indecent assault of a child, and two counts of indecency with a child.

She was cleared of one count of indecency.

Judge Maria Lamb heard that the victim had initially told the police what was happening to him in 1998 but his father lied to detectives and he was not believed.

The judge described the lies as a ‘betrayal of your son.’

Years later the victim, now an adult, complained to the police again and the father and the boy’s step-mother were both arrested and charged.

The father and step-mother sat in the dock as prosecutor Ruby Silva described a routine of humiliating sexual assaults from when the boy was aged 11 years.

Ms Silva read a statement from the father’s initial interview with police, citing how he had claimed the abuse was to ‘keep him on the straight and narrow path’.

Reading Crown Court heard the father allowed his then girlfriend to involve his son in routine sexual acts as part of an ‘ill-founded sex education.’ 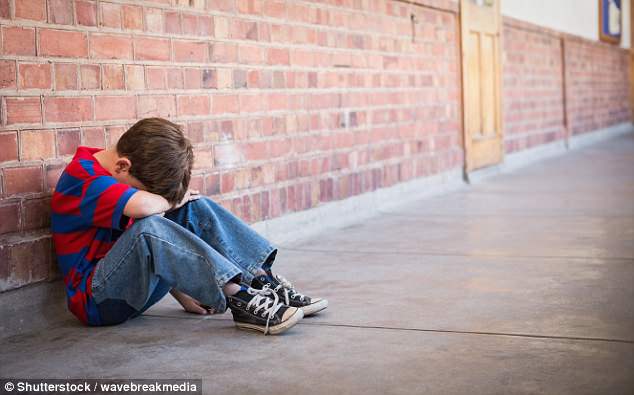 Reading Crown Court heard the father allowed his then girlfriend to involve his son in routine sexual acts as part of an ‘ill-founded sex education.’ Stock image

The couple, now in their 60s, would force the child to watch them have sex, perform sexual acts on him and forced him to carry out sex acts on the step-mother.

The court heard the lurid abuse was designed as an attempt to educate him as to how heterosexual relationships worked.

Defending, Timothy Shorter, representing the father, now of Weymouth, Dorset, said his client had admitted child cruelty and indecency with a child and was cleared by a jury after he denied indecent assault.

Stood in front of the father dressed in a hot pink shirt, Mr Shorter said: ‘Witness testimonies have demonstrated how the father had put himself out for the community.

‘He had made open admissions of misconduct and did not touch the child himself.

‘He was very much the lesser role and you will note that the victim’s statement reflects that fact,’ said Mr Shorter.

‘He at no other point engaged in similar activity and was an upstanding member of the community until he took in his son from his first marriage into the home he shared with his new girlfriend.

‘The father has had this hanging over his head for a long time. As such, I urge you to consider a suspended sentence.’

Shaun Smith, counsel for the step-mother, of Barnet, Lincolnshire, admitted that she had consistently denied any wrong doing right up until the sentencing. 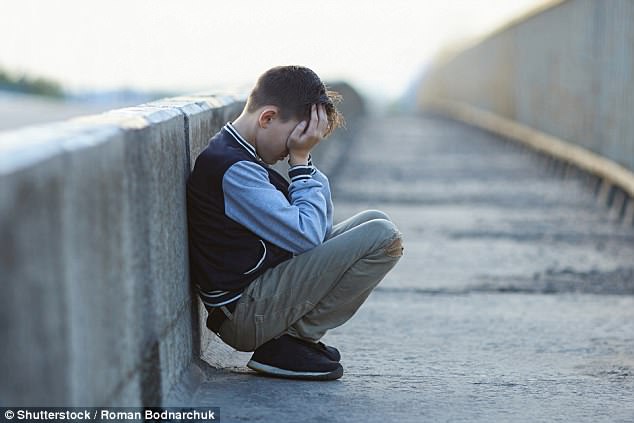 Shaun Smith, counsel for the step-mother, of Barnet, Lincolnshire, admitted that she had consistently denied any wrong doing right up until the sentencing. Stock image

Her defence barrister, Shaun Smith, said as she sat in the dock wearing a zebra print blouse: ‘There are some people who hold her with a degree of regard and consider her somewhat well.’

However, Judge Lamb was not convinced, describing the boy ‘as particularly vulnerable’.

‘You have both argued that this whole trial process has weighed heavily on the both of you.

‘This will provide you absolutely no mitigation. This was your own warped sense of right and wrong.

‘The damage that you two have done is unacceptable’.

Turning to the step-mother she said: ‘For your own personal sexual gratification, you performed sexual acts on a boy who considered you his mother.

‘This was your warped sense of right and wrong.’

‘One of the most sickening aspects is how you pointed a finger at wholly innocent people, such as the boy’s birth mother.

‘I have read and re-read the victim’s statement. He was desperate for affection and you wholly exploited that.’

After the hearing the victim said: ‘It’s been a long process, and I tried before. I tried when I was 16 and obviously I was made out to be a liar.

‘A lot of people will ask “why now?” But it took me that long to convince myself that I had the courage to go through it all again.

‘If my story can reach just one other person, I will be perfectly happy with that.’