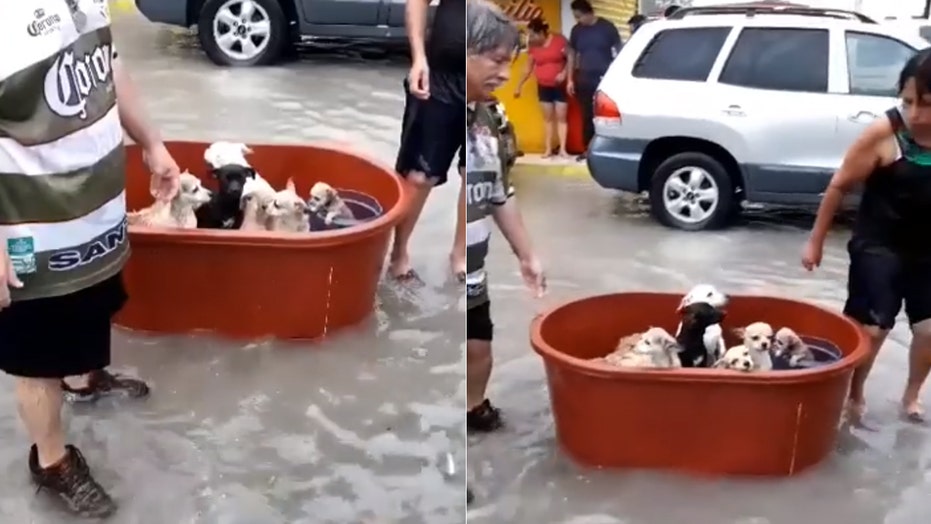 A couple in northeastern Mexico was able to rescue their puppies from the floodwaters from Hurricane Hanna after they "lost everything" else from the storm.

As the storm meandered over the Rio Grande River Valley, parts of South Texas and Northern Mexico saw up to 16 inches of rain, triggering flash flooding.

Betty Vaquera Escandon shared a video to Facebook of her parents floating a bucket full of puppies through the floodwaters in the city of Reynosa.

Escandon said her parents “lost everything” when heavy rains flooded their home, but luckily they “managed to get their babies out.” 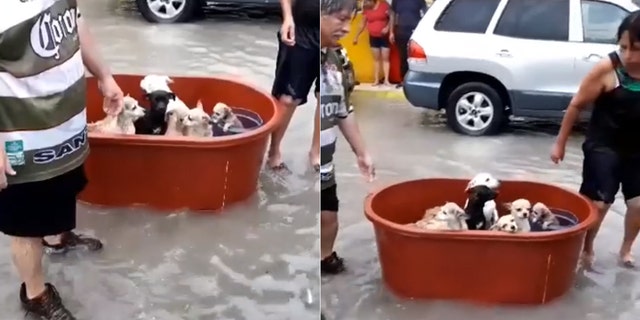 A couple in northeastern Mexico was able to rescue their puppies from the floodwaters from Hurricane Hanna..
(Betty Vaquera Escandon via Storyful)

“I [recorded the video] more than anything because it gave me a lot of emotion and tenderness to see my parents with all the puppies,” Escandon told Storyful.

Flooding from the storm as it weakened over Mexico left at least four people dead and six others missing.

Rescues were still ongoing on Jalisco on Tuesday, as high water and flooding continued.

The Jalisco Civil Protection said on Facebook two people became trapped when their truck was dragged along the rushing Bolanos River in the town San Martin de Bolanos in northern Jalisco.

One of the trapped people was a 17-year-old boy rescued by Jalisco Civil Protection, officials said.

"In this rainy season, we urge the population to take the necessary forecasts, river channels and streams can suddenly increase, and water force can drag vehicles, horses, or any means of transport," the agency said. "Do not become a victim."

Flooding is still being reported throughout the region, and a new round of rain over South Texas may cause more problems in the days ahead.

Several thousand homes and businesses in South Texas remained without power on Wednesday, according to power outage-tracking website poweroutage.us.