A newly married couple were left heartbroken after returning from their honeymoon to find a 6ft fence had been erected around their dream home.

Thomas Entwistle, 27, and his wife Rebekah, 24, described the enormous wooden fence as ‘like the Berlin Wall’ as it has spoiled the view from their house in Blackburn, Lancashire.

The fence is believed to have been erected by a disgruntled farmer who is locked in a dispute with the developer which built the new estate.

Thomas and Rebekah moved into the £220,000 four-bedroomed property on Persimmon Homes Brook View, just before Christmas. 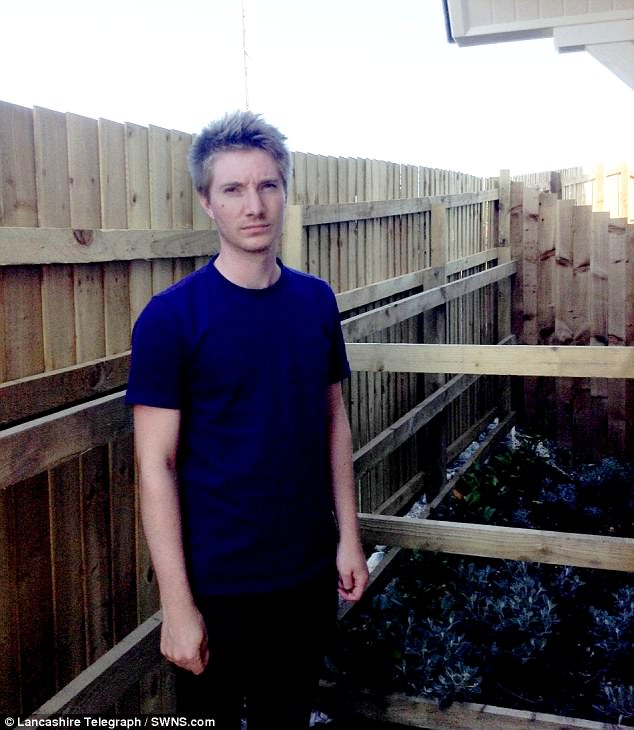 Thomas Entwistle standing between the fence and the front door of his home in Blackburn, Lancashire 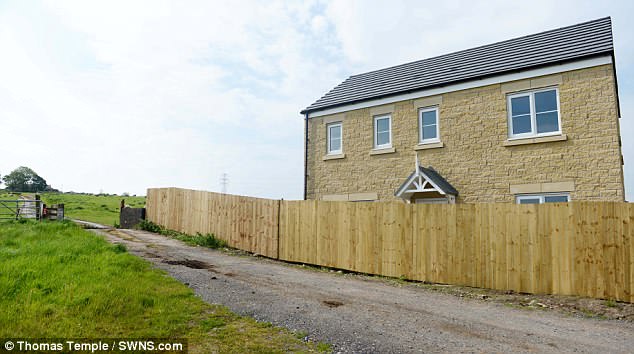 They arrived home from an 11-day honeymoon in the Dominican Republic earlier this month to find their love-nest’s outlook blocked by the intrusive wooden panel.

Furious Thomas understands the fence was erected by the owner of nearby Upper Mickle Hay Farm in a dispute with Persimmon over land borders.

However, Persimmon insists that none of its development encroaches on land it does not already own.

Thomas said: ‘This was our dream home and now it’s turned into a nightmare – it feels like we are imprisoned in our own house by this fence.

‘We are being held hostage in a land dispute which is nothing to do with us.

‘Rebekah and I have just started our own business and had to fight to get a mortgage and then to get this house. 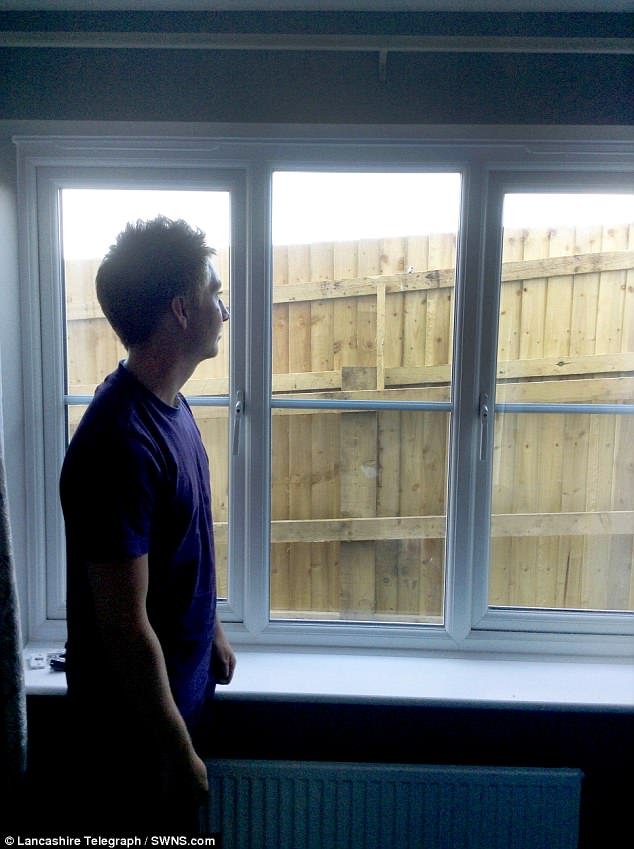 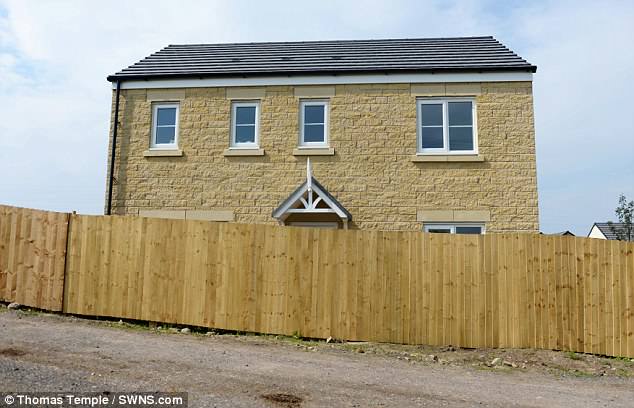 ‘We bought it because of the view which has now been replaced by a huge wooden fence nailed to our own little one.

‘Rebekah is always in tears. She is in despair – there was no warning and the fence just appeared.

‘It is 2ft from our front window and front door – it’s like having the Berlin Wall in front of our home.’

Now exasperated Thomas and his wife, who married in July, say they would not have even considered the property if they had known the trouble in store for them.

Thomas said: ‘We’re not even sure we want to live here now.

‘Even if the fence gets taken down there is no guarantee it won’t come back later or even be extended around the back – we are in fear of that.’ 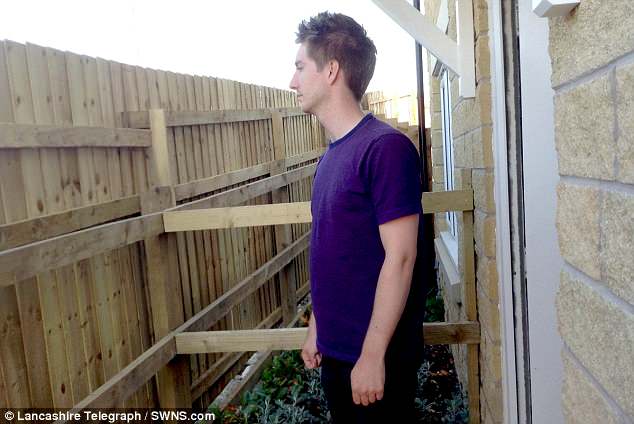 The couple moved into the £220,000 four-bedroom home just before Christmas last year 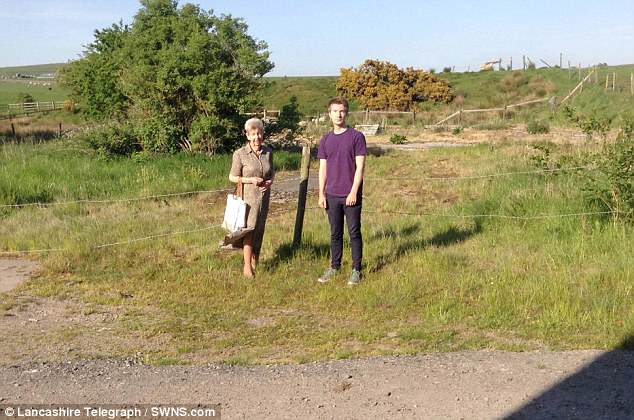 The couple, who had moved from rented accommodation, have considered employing their own solicitor.

Thomas added: ‘At first I was tearful but now I’m angry.

‘We specifically bought this house, beating off a lot of competition, for its beautiful views and now they’ve gone.

‘We now keep the curtains closed in the front room and spend most of our time upstairs – Rebekah is too upset to be in the living room.

‘We just want it sorted out quickly and permanently so we can enjoy our new home in peace.’

A spokesman for Persimmon Homes said: ‘We are confident none of our development encroaches on land not legitimately within our ownership.

‘We understand planning enforcement action is being taken against the neighbouring landowner to address the fence, which has been erected illegally and in breach of planning regulations.’

The owner of Upper Mickle Hay Farm has been contacted for comment.