A couple who prey on the elderly and have clocked up 452 offences between them in a 26 year thieving spree are behind bars after stealing wallets and purses from pensioners in supermarkets.

Police have previously had to warn the public about Peter Ellis, 51, and Lorna Walker, 39, saying town centres were ‘safer without them’.

The cowardly pair who live together in Crumpsall, Manchester, on state handouts would typically target pensioners, picking their pockets or stealing their purses from shopping trolleys.

They were arrested last month after Ellis targeted a 79-year-old man for his wallet which contained an irreplaceable picture of his late mother. 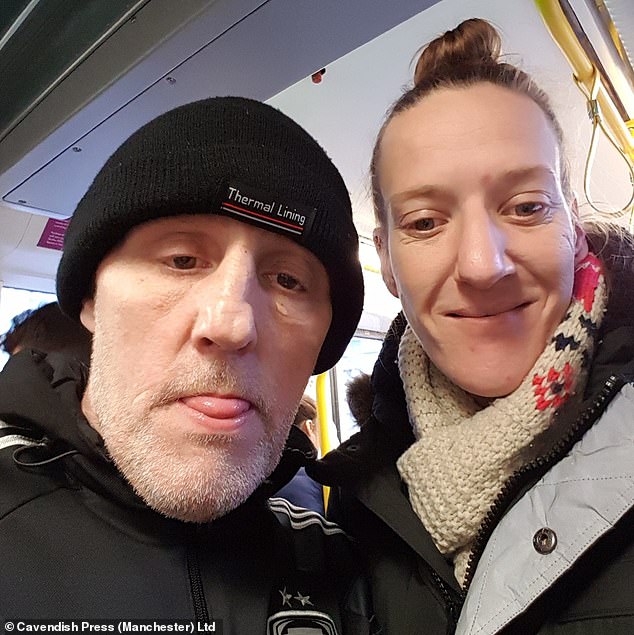 Walker is thought to have thrown the wallet away before using the victim’s bank card to buy cigarettes.

In statement, David Condron, who had been on his way to buy groceries at a Farmfoods supermarket in Wythenshawe, said: ‘I didn’t realise my card and wallet had gone missing until I arrived at Farmfoods.

‘Another customer offered to pay and I did take them up on their kind offer – but it did embarrass me. I went to the bank to cancel my card and the bank staff told me that transactions were being made on my card as we spoke. 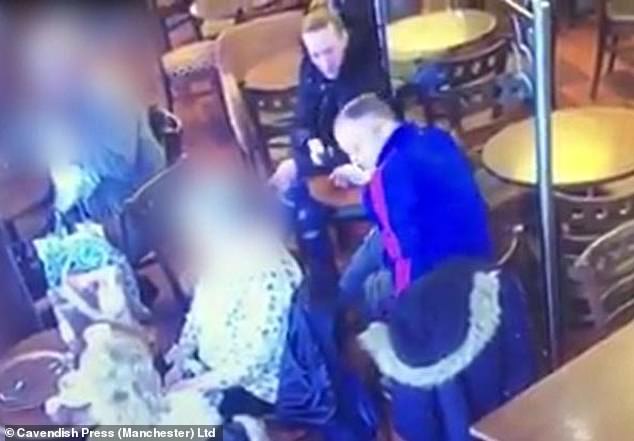 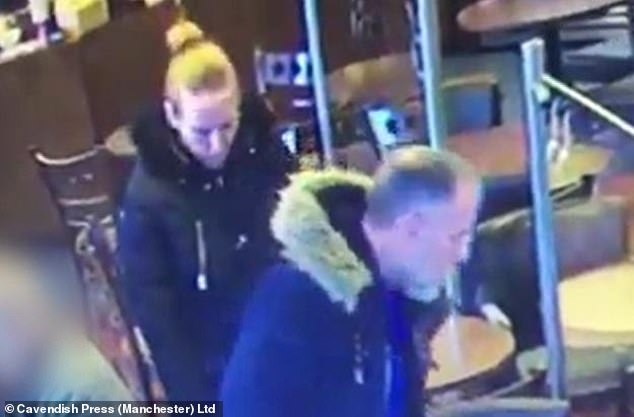 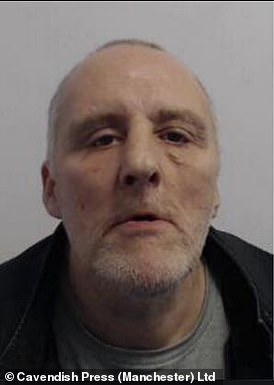 Peter Ellis was jailed for 28 months

‘While I am angry about the cards and the money, the most distressing thing is that in the wallet I had a picture of my late mother which I carried about with me for the last 20 years since she passed away, and that can’t be replaced.

‘My daughter had to come and bring me back home, she even had to pay for my tram. I hope whoever is responsible gets whatever they deserve.’

At Minshull Street Crown Court, Manchester Ellis who admitted theft was jailed for 28 months whilst Walker who admitted handling stolen goods and fraud was locked up for 18 months.

Both were on licence from prison at the time and each had repeatedly been and out of jail for similar offences.

The pair are thought to have got together in 2015 after each embarked on life of crime dating back to 1994.

In 2015 they were jailed for two years over a three month campaign against elderly people targeted in shopping centres in Middleton, Bolton and Stretford.

While Walker got talking talking to victims, Ellis rifled through their shopping trolleys or bags, stealing their contents. Altogether they stole cash and possessions valued at more than £2,000 from victims aged 58 to 88 in the spree.

In 2018 their pair were locked up for a further 18 weeks after being captured on CCTV taking a pensioner’s purse from her handbag while sat a Rhode Island cafe in Oldham.

Then last year they were given a further 39 weeks after stealing purses, bank cards and handbags from pensioners in Ashton-under-Lyne including a theft in a charity shop.

The latest offences took place after Mr Condron boarded a tram to Wythenshawe market on the tram.

He went to pay for grociers with £50 cash he had his wallet only to find it missing.

Inquiries revealed the pair had approached the victim as he got off the tram and paid for his ticket.

As Walker spoke to Mr Condron, Ellis who was stood behind took his wallet.

Walker then used Mr Condron’s bank card to pay for £110.21 worth in cigarettes at three different stores within 50 yards of each other. The victim has since been reimbursed by the bank.

When arrested Walker claimed she had been given the stolen card by an ‘unknown man’ whilst Ellis you denied wrongdoing. Both broke down and confessed when shown CCTV.

Ellis has 239 previous offences on his record dating back to 1994 including 159 for theft plus burglary, violence, possession of drugs with intent to supply and dangerous driving and he has used six different aliases during his criminal career.

Walker has 213 offences including 160 for theft and she has used eight aliases. She had previously been in an all girl gang who posed as posed as policewomen and carers to bluff their way into victims’ homes.

Sentencing Judge Michael Leeming told Ellis and Walker: ‘You were both less than frank with police and your victim suffered inconvenience which he had not expected.

‘He was left angry and distressed by the fact the photograph of his mother which he carried with him for more than 20 years was stolen and cannot be replaced.

‘This was not something either of you remotely cared about.

‘You were only concerned about yourselves and the ‘advantage’ the theft would bring to you.

‘Your victim’s daughter had to come to collect her dad as he had no money to get the tram home.

‘Neither of you have been deterred in the slightest by sentences imposed in the past and there is every indication that you will continue to offend in exactly the same way in the future. You both effectively act as a team.’

Earlier in mitigation Ellis’ lawyer Waheed Baber said: ‘It is clear this unenviable record comes from a drug problem and the defendant is frank about that.

‘He is now drug-free. This was opportunistic offending and he is trying to become clean.’

Defending for Walker, solicitor Chudi Grant said: ‘The defendant has a long-standing history of Class A drug use and her previous record reflects that.

‘She makes no attempt to minimise her record.

‘She expresses remorse which is genuine but is of course tempered by her previous record.

‘Her condition, desperation to get drugs and financial problems led her to offend again. ‘