COVID hospital admissions have fallen for seven days in a row in London and the South East. 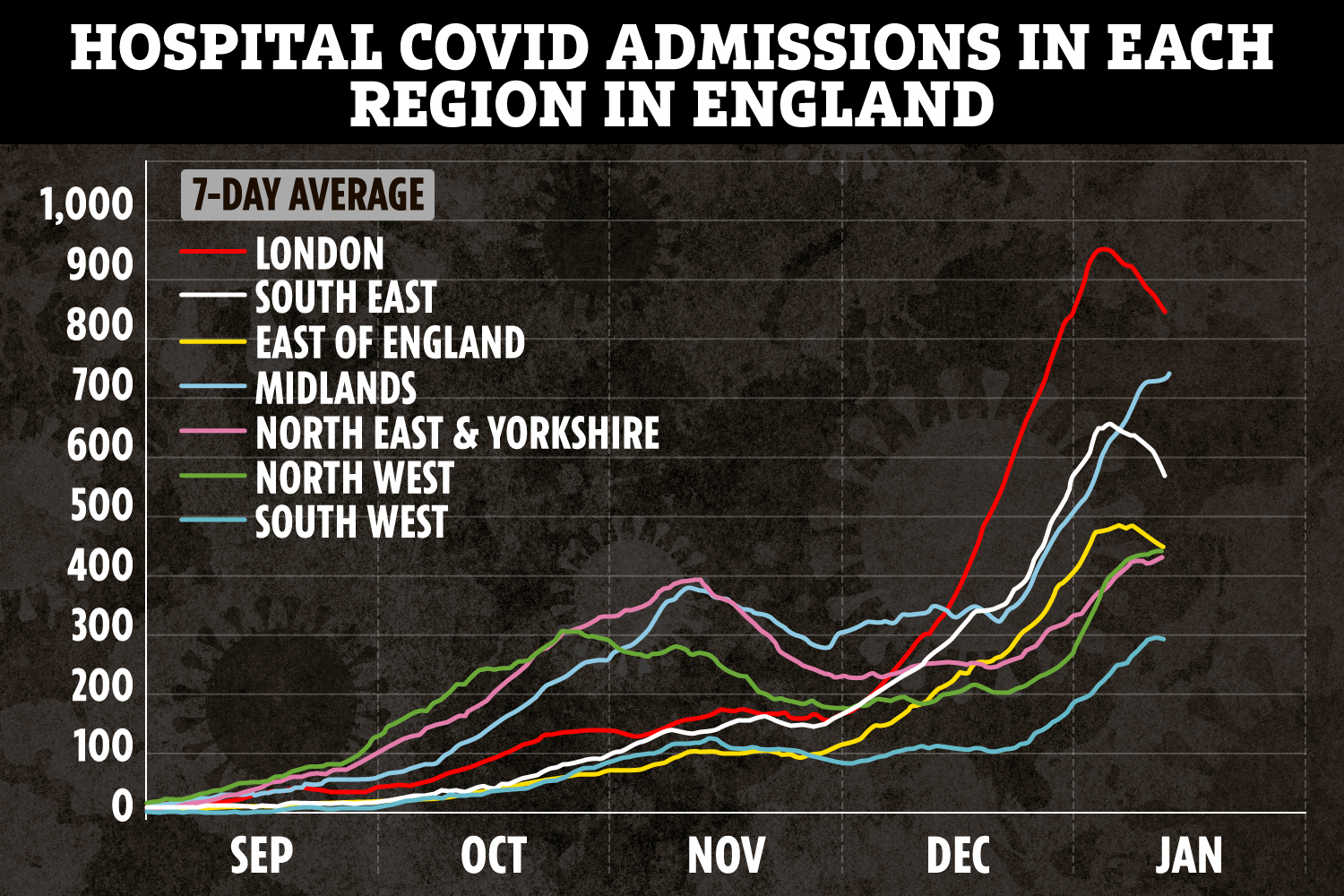 The Government dashboard reports how many people are admitted to hospital every day, and a seven-day moving average.

The average has been declining every day for a week in London.

On January 13, the most recent day the data is available, the average was 771.

But the number of patients being treated in London's hospitals has reached a record high, described as "alarming" by Prime Minister Boris Johnson.

The East of England is starting to show very early signs of improvement, with the seven-day average of hospital admissions dropping from 478 to 447 in one week.

The consensus among experts is that London and the South East have "passed the peak" of the third wave, and the regions are on the way to recovery.

However, it doesn't mean people can drop their guard, and must still stick to the restrictions. 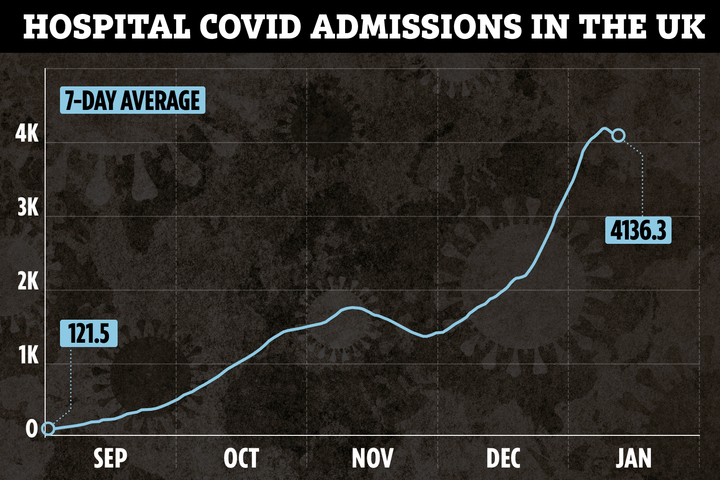 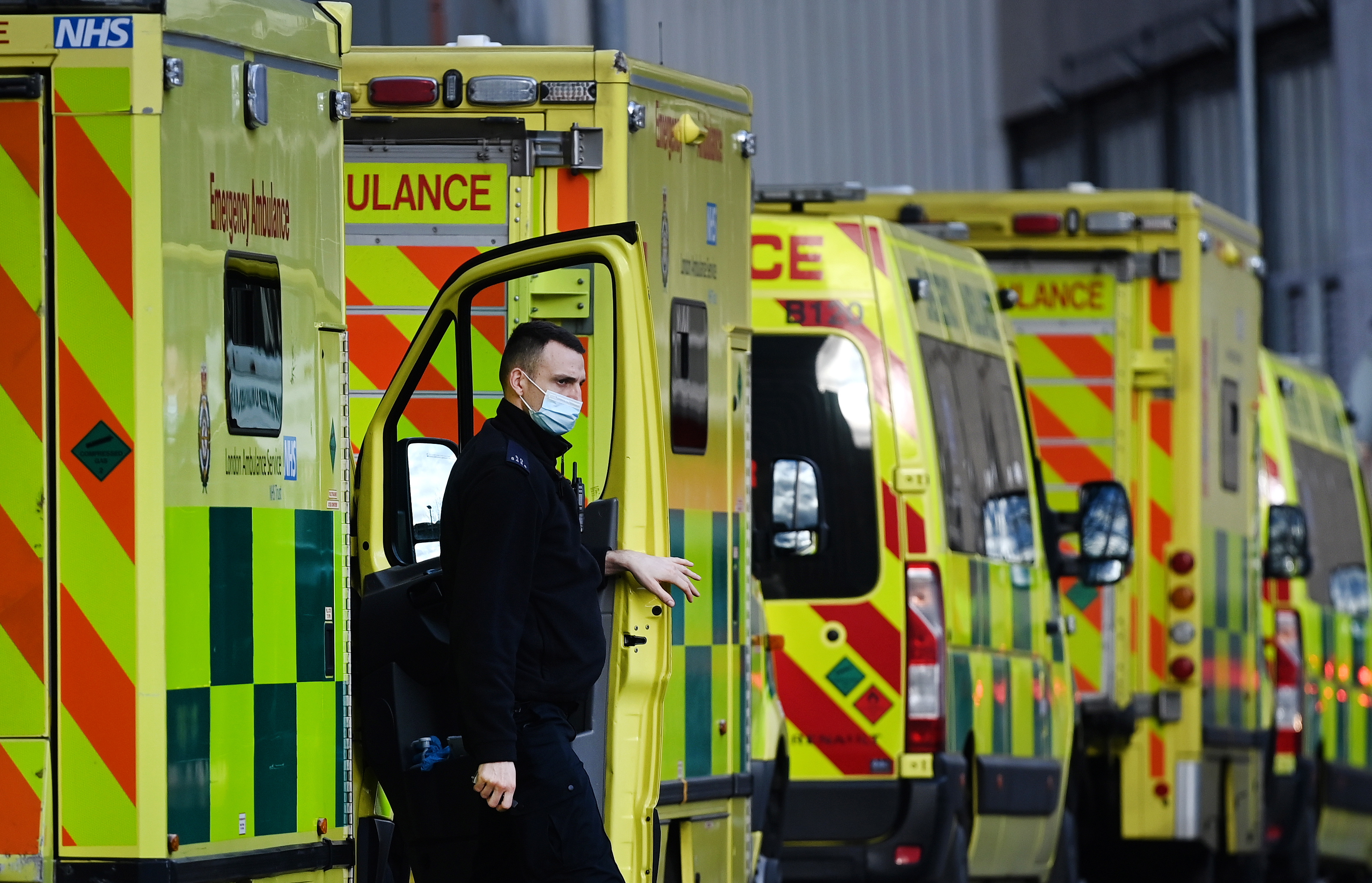 Hospitals are still bursting at the seams with Covid patients, and the “stay at home” order is to relieve pressure on the NHS.

Figures show the number of Covid inpatients in London's hospitals has hit a record high, with 7,917 patients in a bed as of January 18.

It's 52 per cent higher than the worst day in the spring, when there were 5,201 inpatients on April 9.

Mr Johnson told the Evening Standard: “With Covid cases stubbornly high and an alarming number of people still in hospitals across London we need everyone to continue to stay at home to protect the NHS and save lives.

“I know how tough this is, but the stakes are too high this time.”

The PM urged Londoners to accept their invitation to be vaccinated when their time comes.

Last week Professor Chris Whitty said he hoped the peak in infections had already happened in the South East, East and London.

The capital and most of the South East were the first to be plunged into Tier 4 on December 21 after the new coronavirus variant from Kent caused soaring infection rates.

The benefit of Tier 4 is now beginning to be seen in the data.

It takes a couple of weeks for restrictions to show any sign of impact.

Therefore, because the national lockdown was brought in on January 5, the rest of the country is still at the peak, or moving towards it.

Professor Whitty, the chief medical officer, said the peak in hospital admissions outside London and the South East will come some time in the next few days.

Deaths will peak later still, due to the time lag between when someone is infected, and when they die.

Dr Rupert Pearse, from the Intensive Care Society, said he thought London had now reached the peak level of infections.

He told BBC Radio 4’s World At One yesterday: “It varies a lot around the country and it varies a lot between hospitals, and that’s quite important to realise.

“It looks as though infections have peaked in London… but are still on the rise in the north-west of England and around Yorkshire, so there is still cause to be concerned."

Covid cases are now falling in every London borough, in more signs the outbreak is easing.

Redbridge, Barking and Dagenham and Newham are among the top 10 areas with the largest drops in cases in England over just one week.

And after having the highest infection rate since the start of the year, Barking and Dagenham has slipped to third place, with 1,028 cases per 100,000.