Covid fine postcode lottery: Where does your region rank?

The Covid fine postcode lottery: Police in parts of Britain are 80 TIMES more likely to hand out coronavirus penalties than others – so where does your region rank?

Police in one part of Britain are 80 times more likely to hand out coronavirus fines than others, new figures have revealed.

A breakdown of fixed penalty notices handed out by each constabulary has revealed a postcode lottery when it comes to punishments for breaking social distancing rules.

According to the Office for National Statistics The three forces in England and Wales that issued the highest number of fixed penalty notices per 1,000 population were Dyfed Powys with 3.34, followed by Cumbria with 1.46, and North Yorkshire with 1.4.

The three forces at the bottom of the table were Staffordshire police with 0.038, Kent Police with 0.07 and Warwickshire with 0.11. 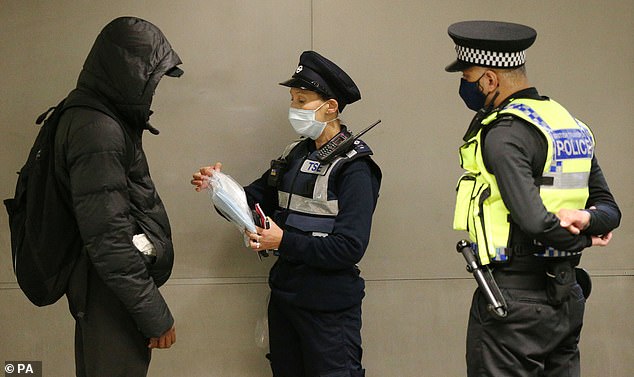 Police can issue fines to people breaking the rule of six, or for not wearing masks on public transport, as seen at King’s Cross station last Thursday, above,

Last week it was revealed just three forces, British Transport Police and constabularies in Lancashire and Lincolnshire, had issued fines to people who refused to wear face masks.

Human rights lawyer Kirsty Brimelow told the Independent, which first carried out the analysis using different population figures to the PA news agency: ‘Your treatment by the police should not be dependent upon your postcode.

‘It is likely that the arbitrary results reflect the leadership given to the particular police force.

‘We’ve seen many examples of police chiefs signalling tough action, which went beyond their powers.’

According to analysis by PA using 2018 police force area population totals published by the ONS, fine rates in some parts of England with additional restrictions in place remained below average.

However, Lancashire (0.55) and Cleveland (0.52) came in seventh and eighth place respectively.

At the end of September it was revealed more than half of people to be issued a fine for breaking social distancing rules had not paid the penalty.

Fines can be issued for Covid-19 rules such as as not wearing a mask on public transport/in shops, disobeying the rule of six, or, in the earlier months of  the pandemic, going outside without a valid reason.

National Police Chiefs’ Council (NPCC) chairman Martin Hewitt said that as new regulations are brought in, forces in England and Wales are expecting the number of fines issued to increase. 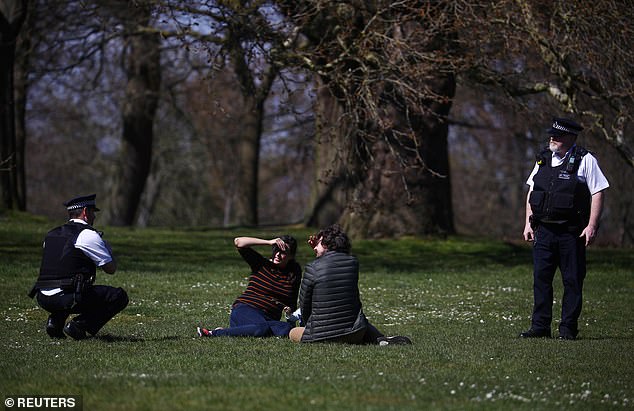 He made the prediction despite figures showing that, of 18,646 enforcement letters sent out in England and Wales, only 9,428 resulting fines had been paid, while 9,413 had not.

These include some people who are formally contesting their fine, while others who have not paid fall to be considered for prosecution.

Other data published by the NPCC on Wednesday also showed that hundreds of travellers suspected of breaking quarantine rules had not been traced.

Since social distancing rules were first introduced at the end of March, police have tried to avoid fines wherever possible.

Instead officers try the four Es, engaging with the public, explaining the rules, encouraging them to go home or comply and if necessary, enforce a fine or appropriate punishment.

Where are you most likely to get a lockdown fine?