WATCH the moment 'Florida man' strikes again as a truck dashed down a busy highway – with a man on the hood clinging on.

The jaw-dropping video shows a man on the front of the truck in Florida as it tears down a road. 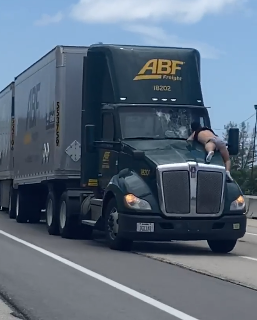 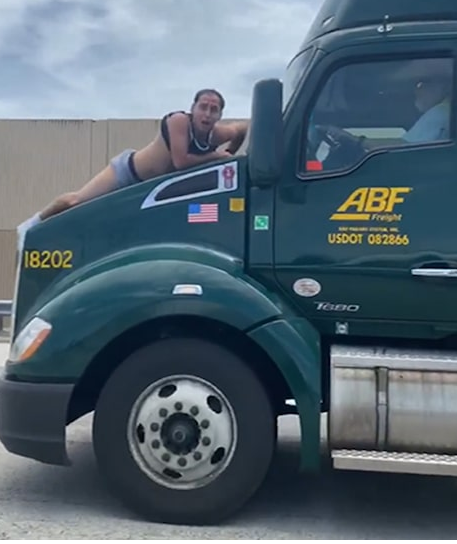 The driver appears to repeatedly try and shake him off by swerving sideways but the unexpected rider manages to stay on the truck.

The end of the video sees the truck stopped on the side of the road as the man gets dragged off the hood.

The footage, taken by baffled passengers in a nearby car, begins with the person videoing expressing their shock as the truck careers past, trying to shake the man off the front.

The astonished pair recording speed up to try and catch up to the truck.

The woman in the car then asks: "Should we call the police?"

But the man she is riding with said: "Hell no, this is way too good!"

The video then cuts forward to when the truck has pulled over at the side of the road, with a police car stationed behind it.

Two men, one the driver, then succeed in dragging him from the vehicle.

Media reports suggest it is still unclear what the exact circumstances were or how the man ended up riding on the hood of the trunk.

It is also not known whether police took action after this incredible event.

The video adds to the online legacy of 'Florida Man', the nickname given to different stories featuring men from Florida in the news for strange events. 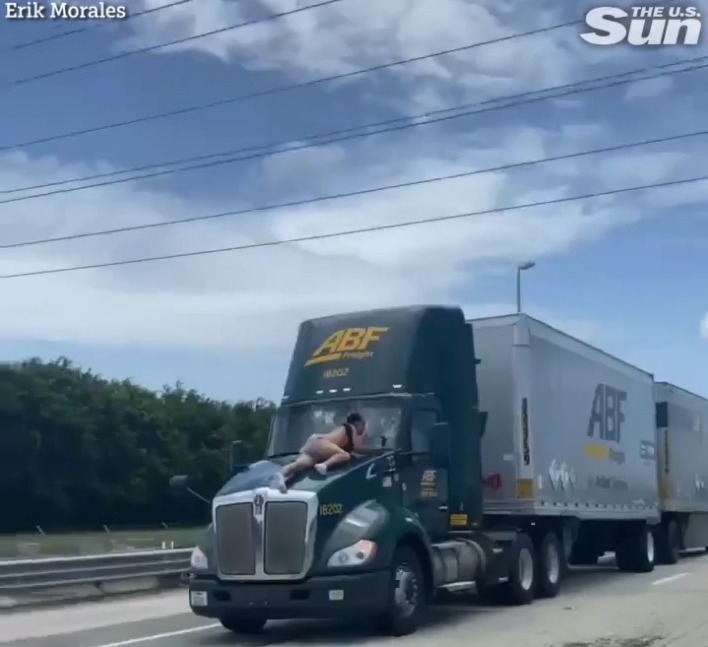