Emergency workers in the town of Petrinja, dubbed "unlivable" following the disaster, are searching for survivors through the rubble of wrecked buildings. 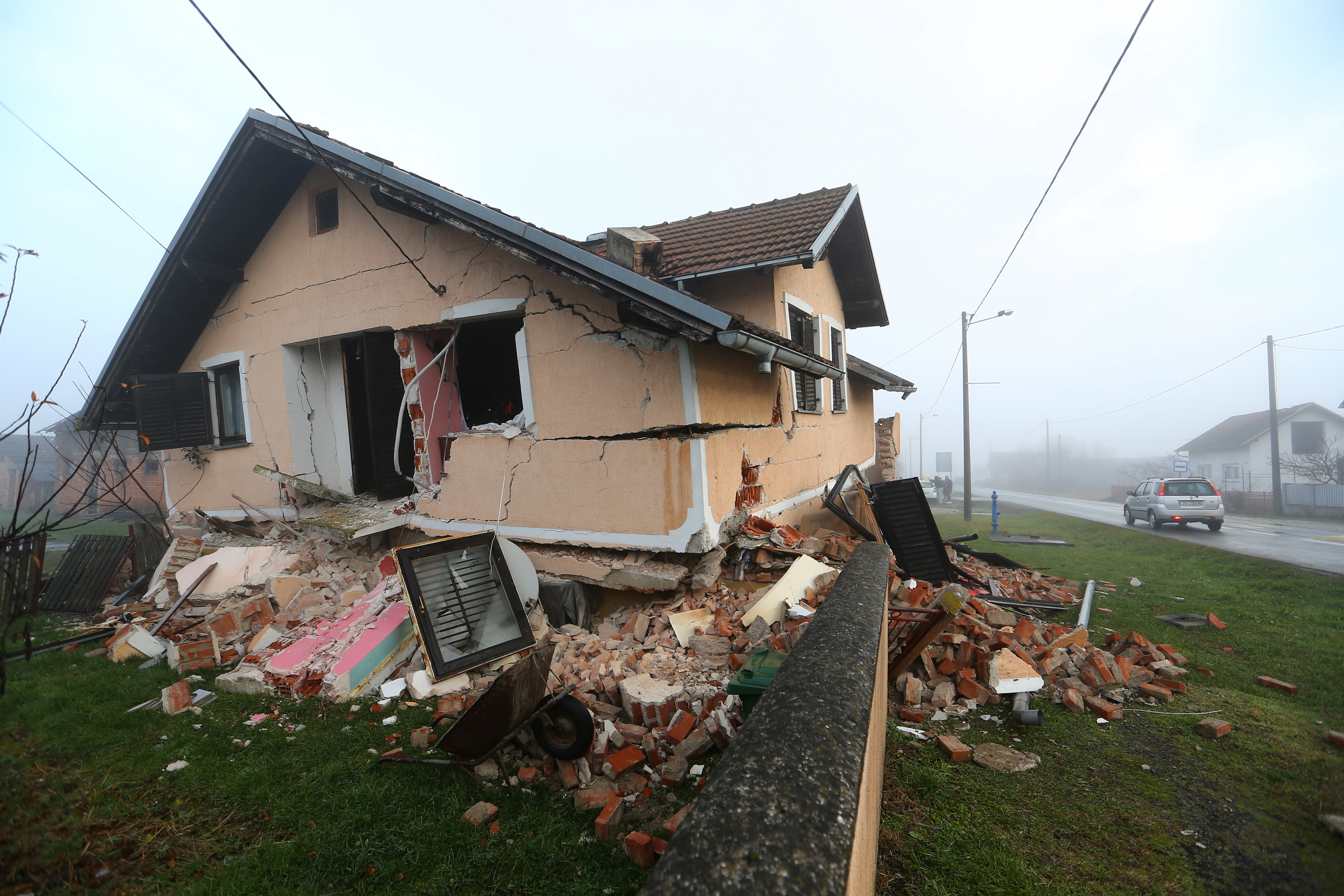 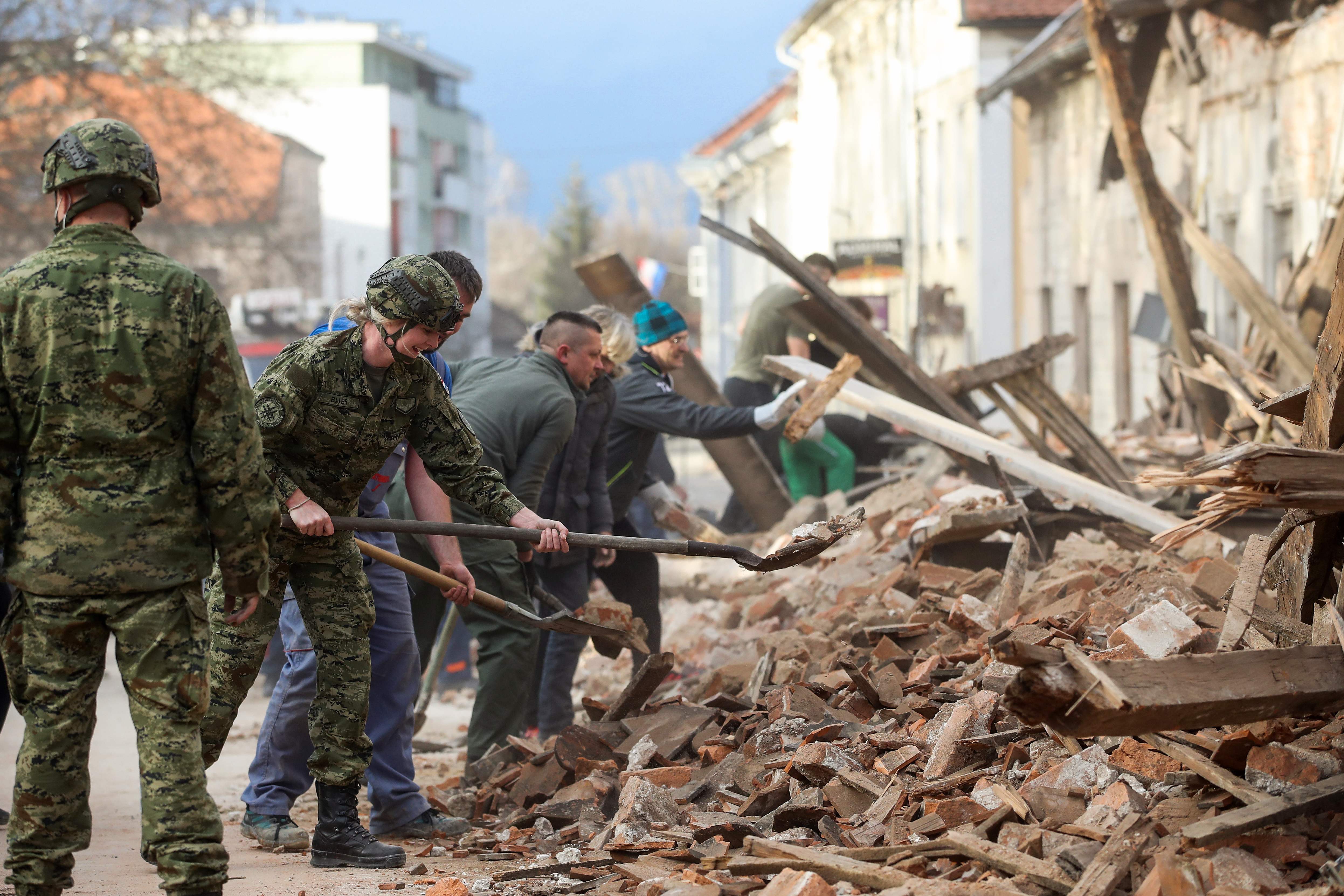 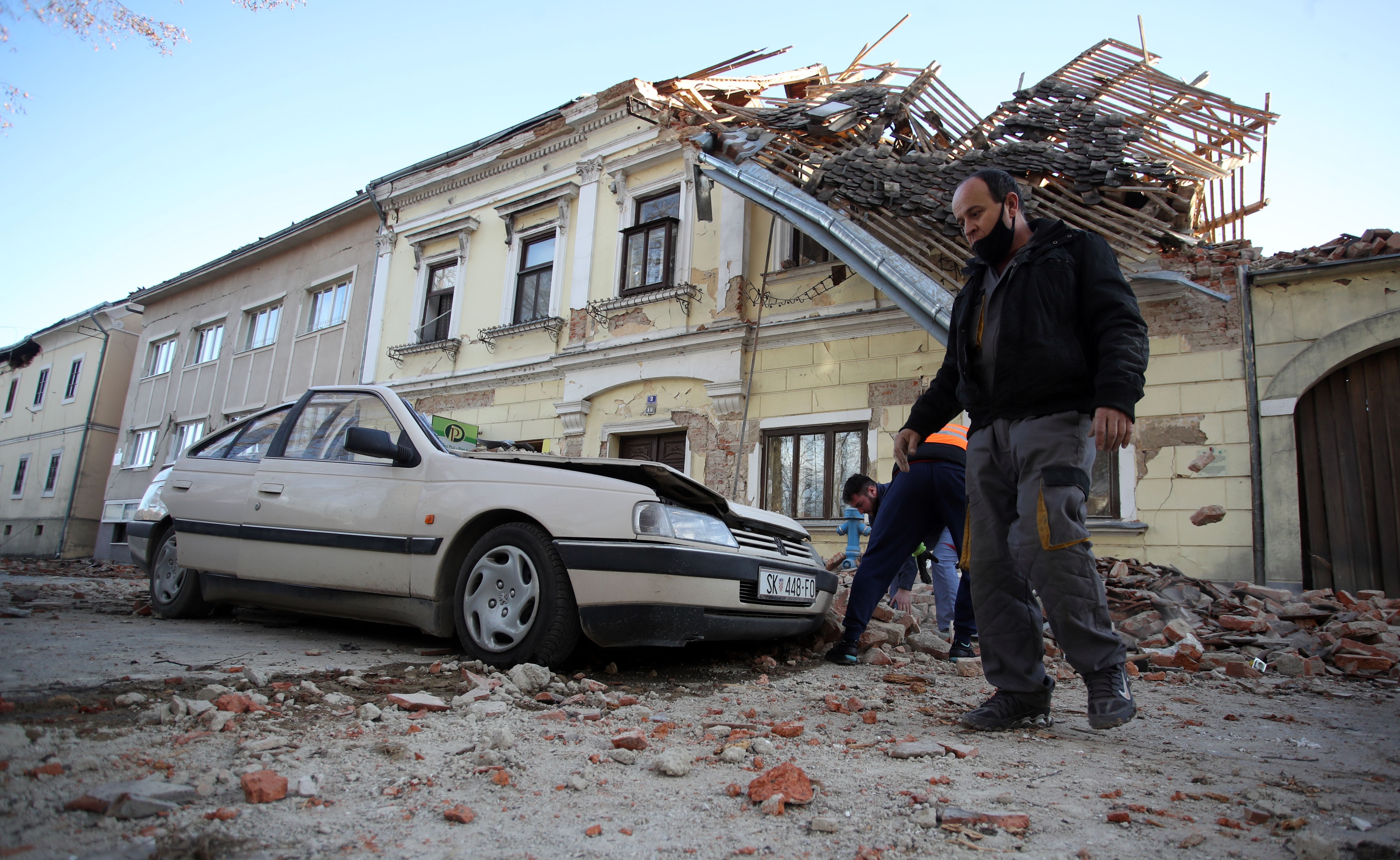 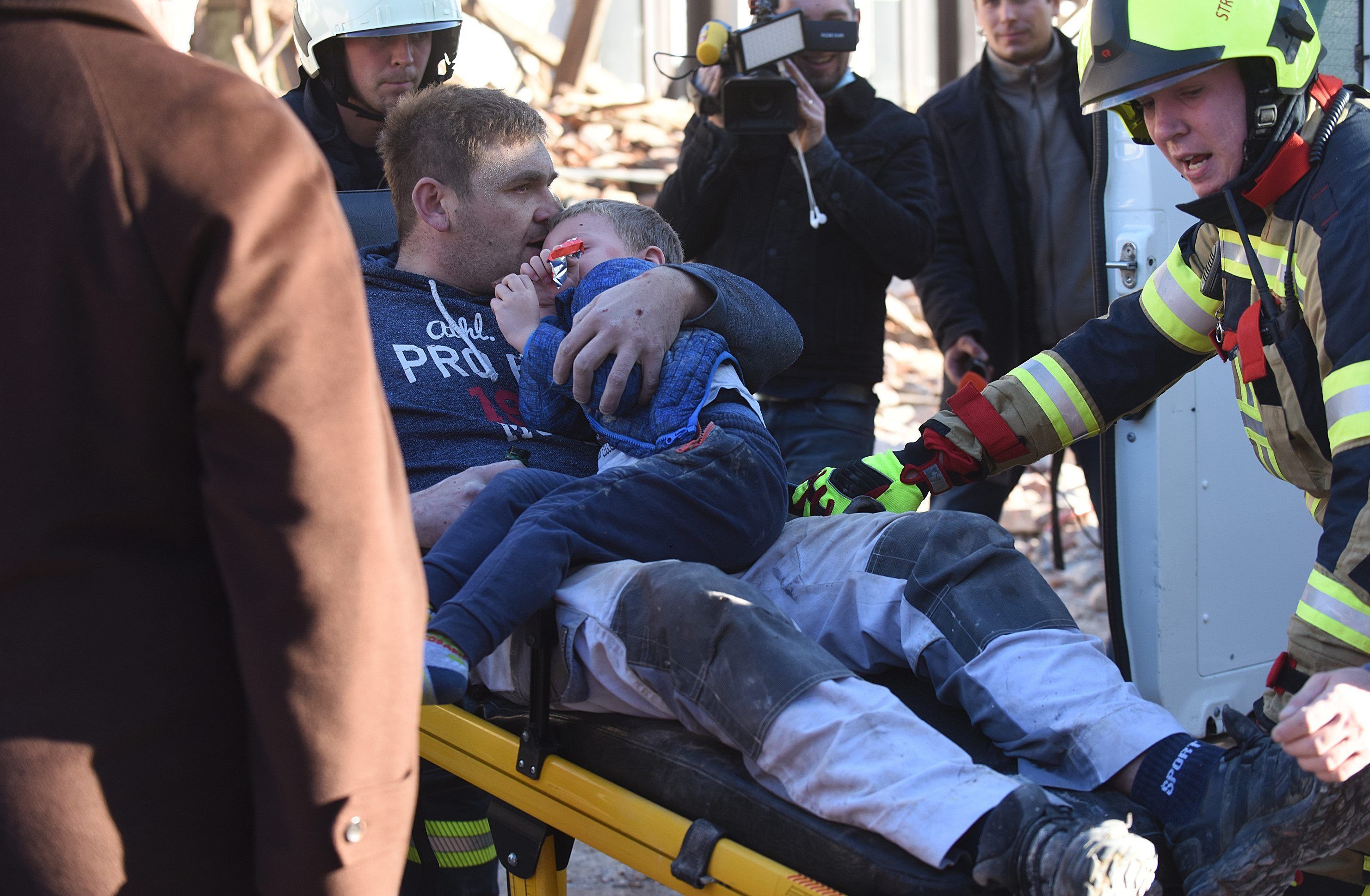 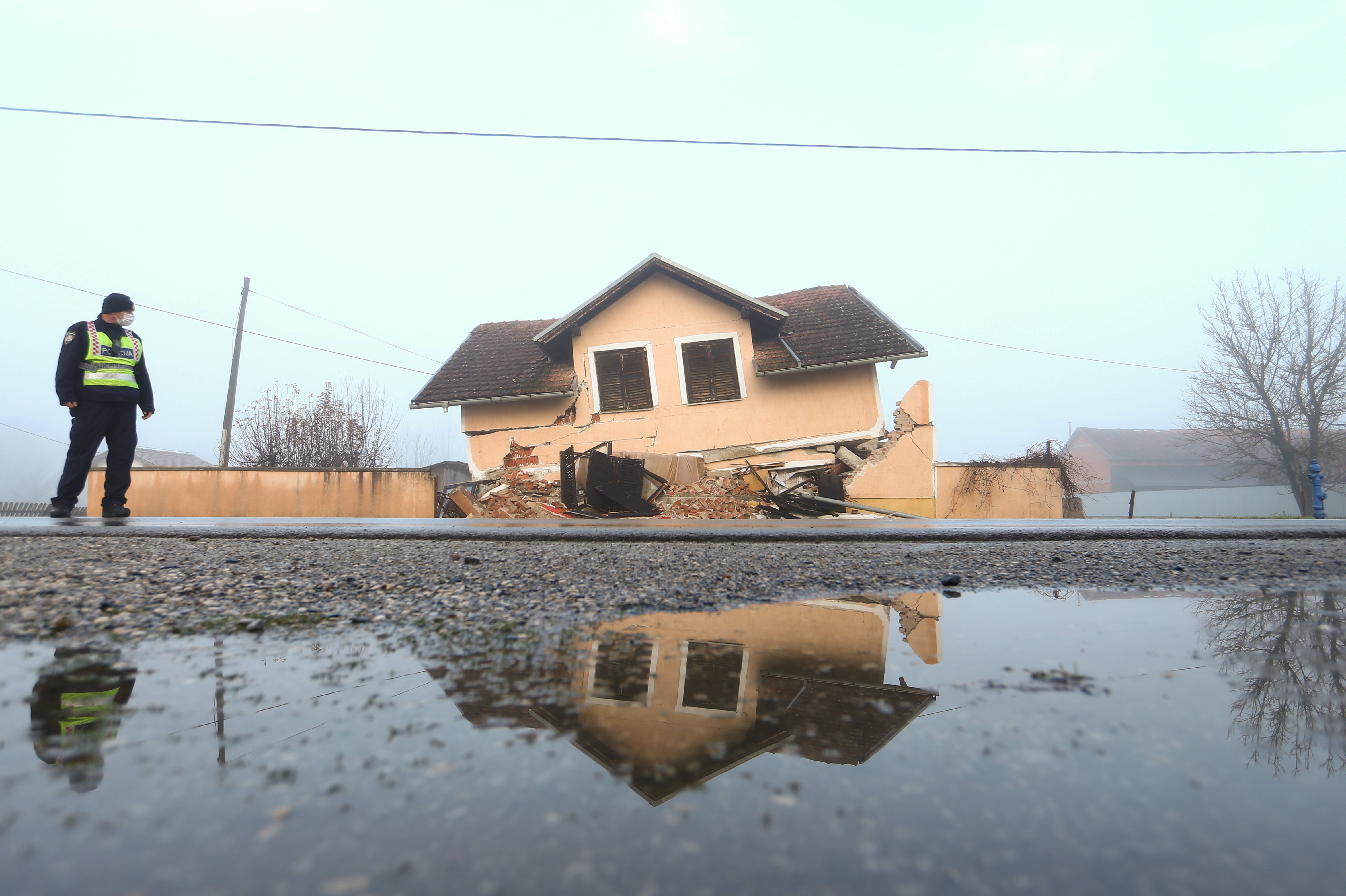 A 12-year-old girl was the first victim to be confirmed as dead in the town – half of which has been destroyed, according to its mayor.

In the nearby town of Glina, five people have died, authorities said.

A seventh victim was pulled from the rubble of a collapsed church in Zazina, state media says.

At least 26 people were rushed to hospital with injuries.

Officials in Petrinja – a town of 25,000 people – say locals are scared to return to their homes in case of aftershocks.

Some slept in their cars or stayed with family in other towns to avoid further quakes.

Around 200 displaced people slept in a military barracks nearby.

Petrinja mayor Darinko Dumbovic compared his town to the Japanese city of Hiroshima which was destroyed by an atomic bomb during WWII.

He told HRT: "My town has been completely destroyed, we have dead children. 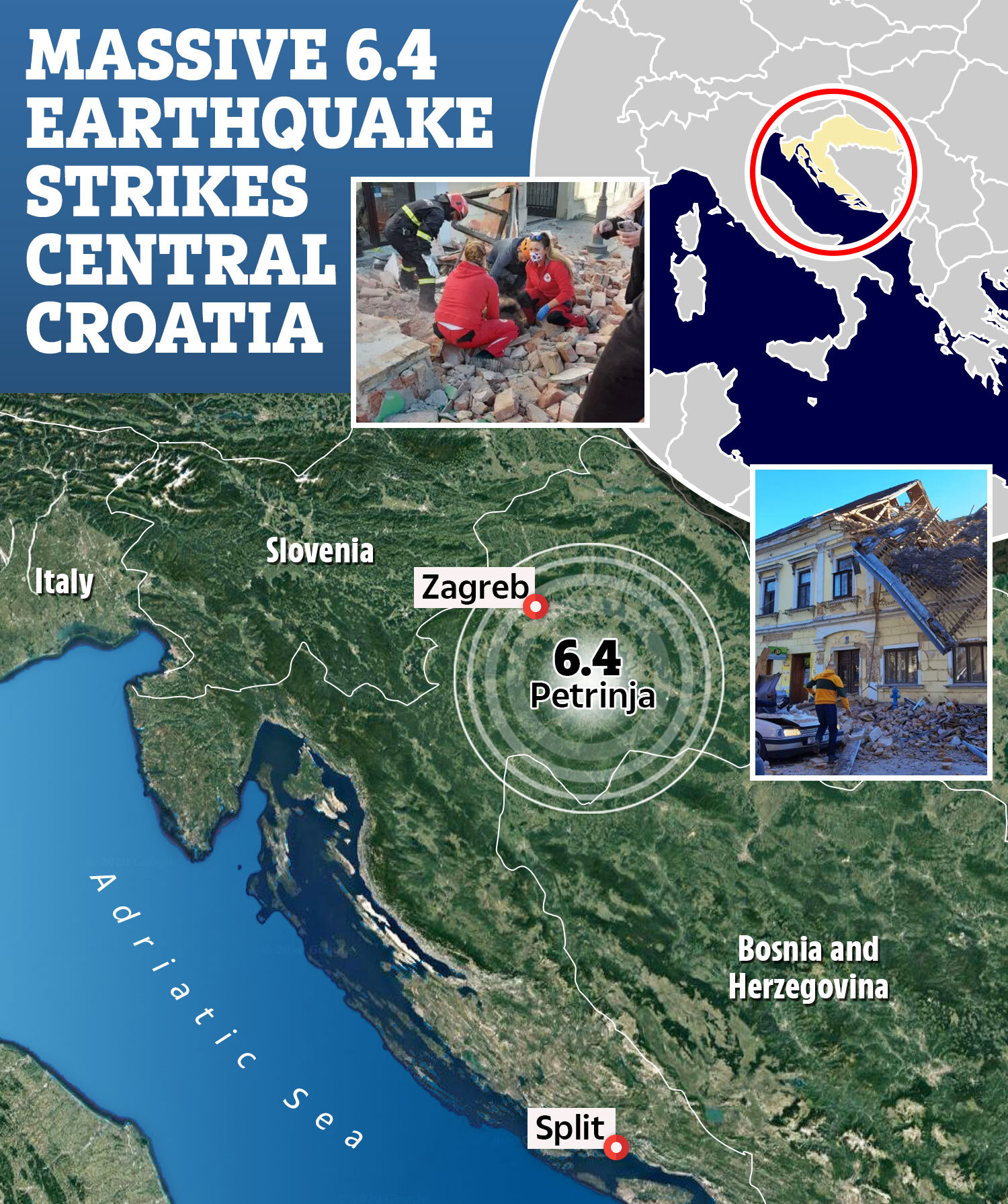 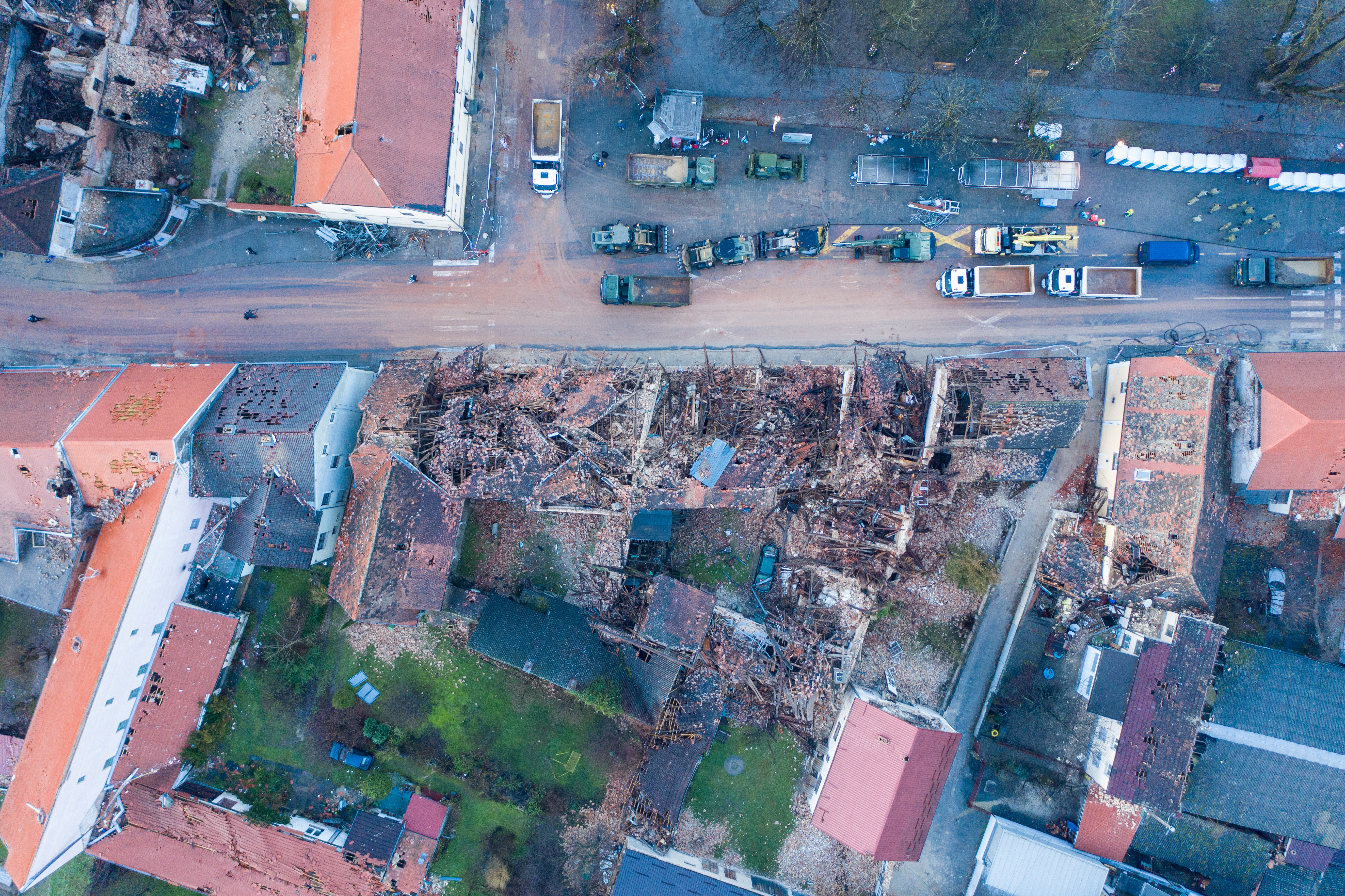 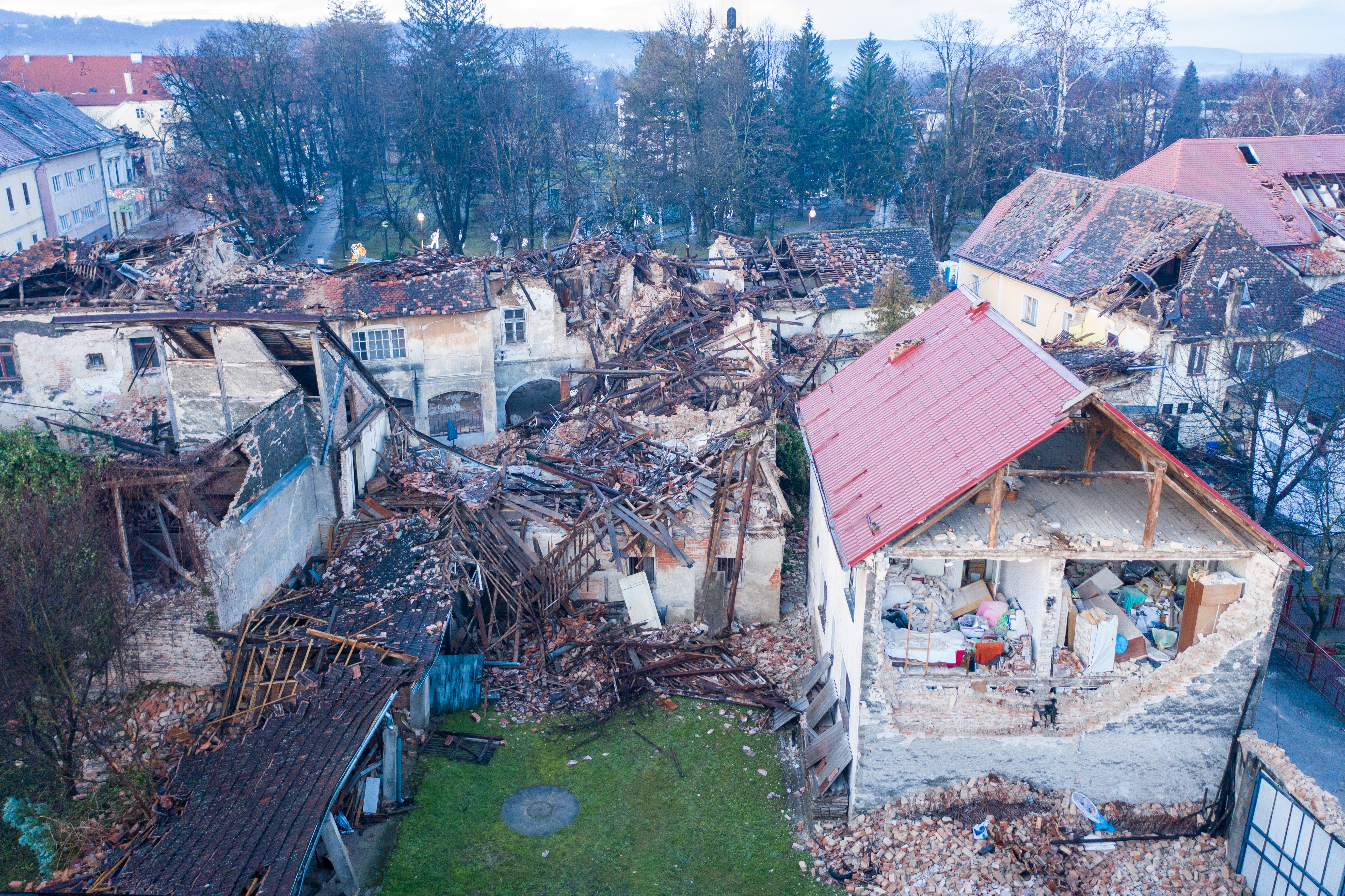 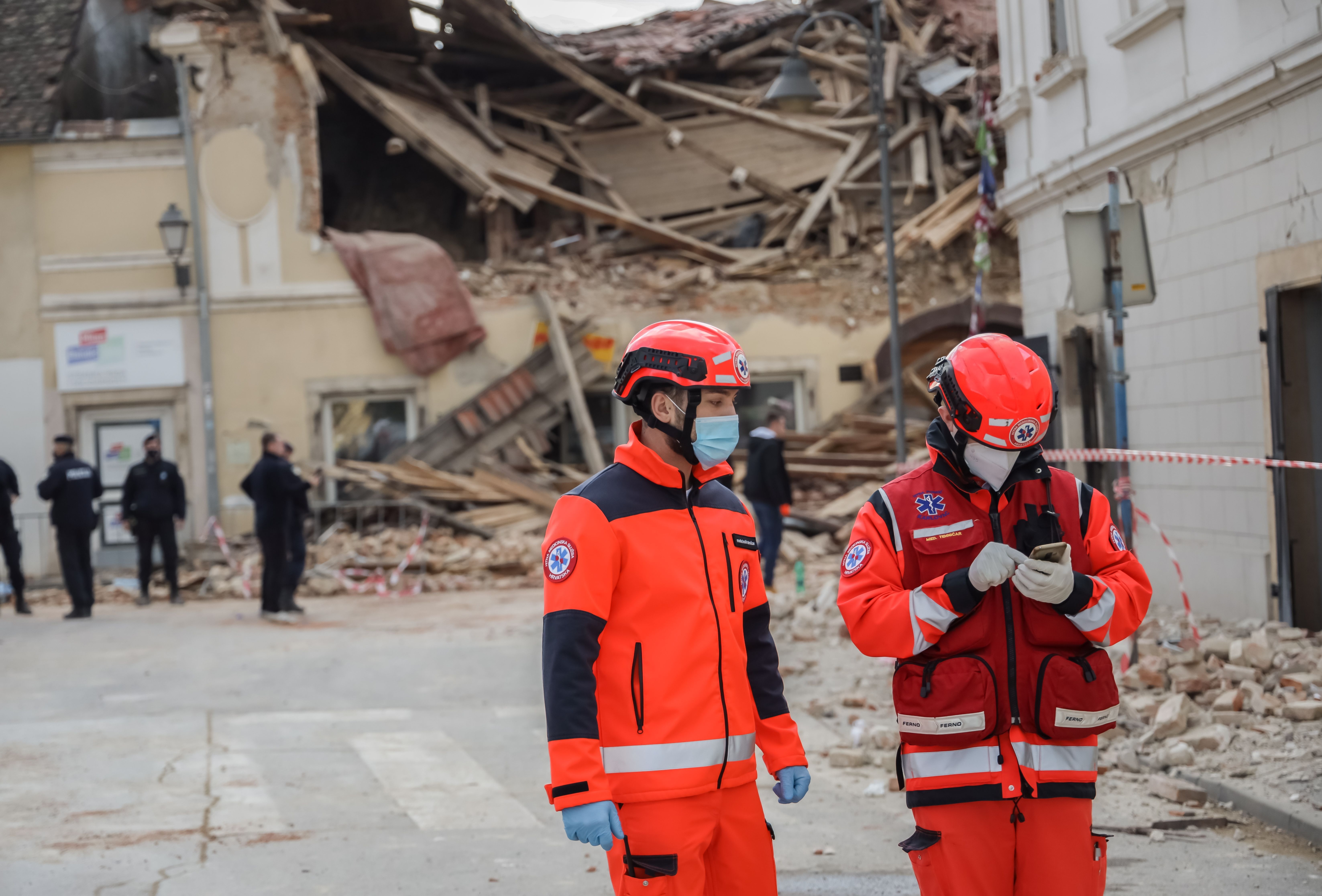 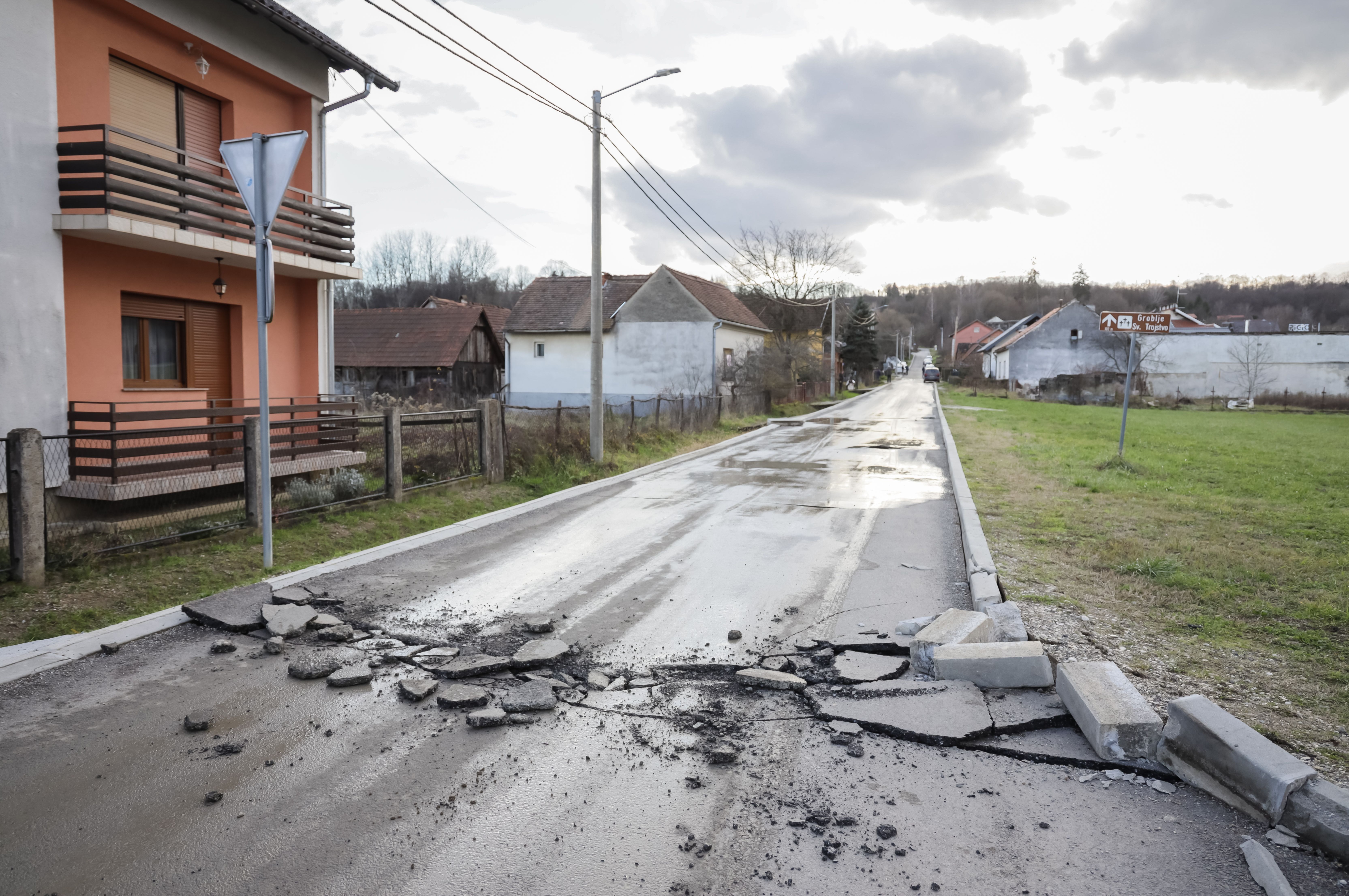 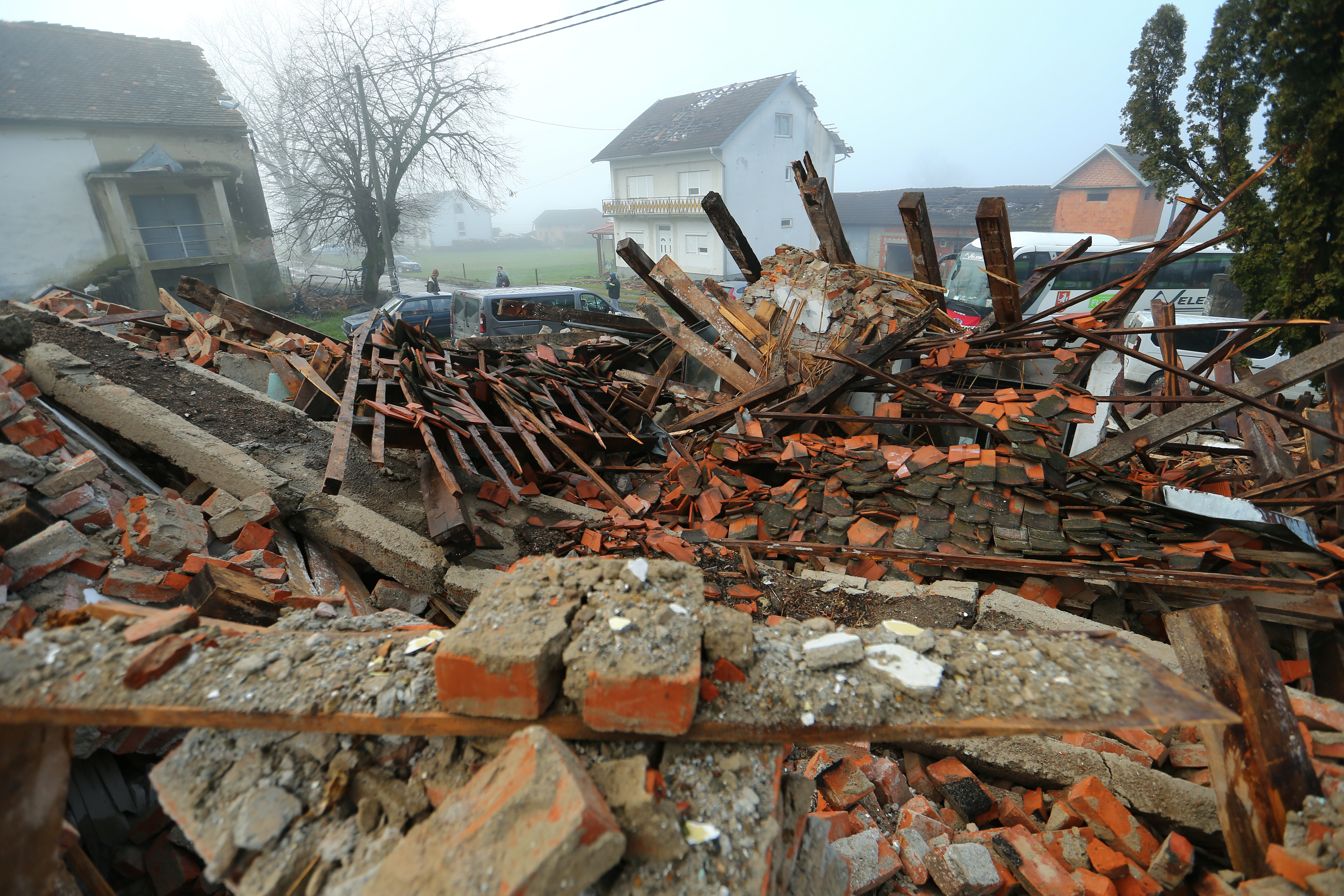 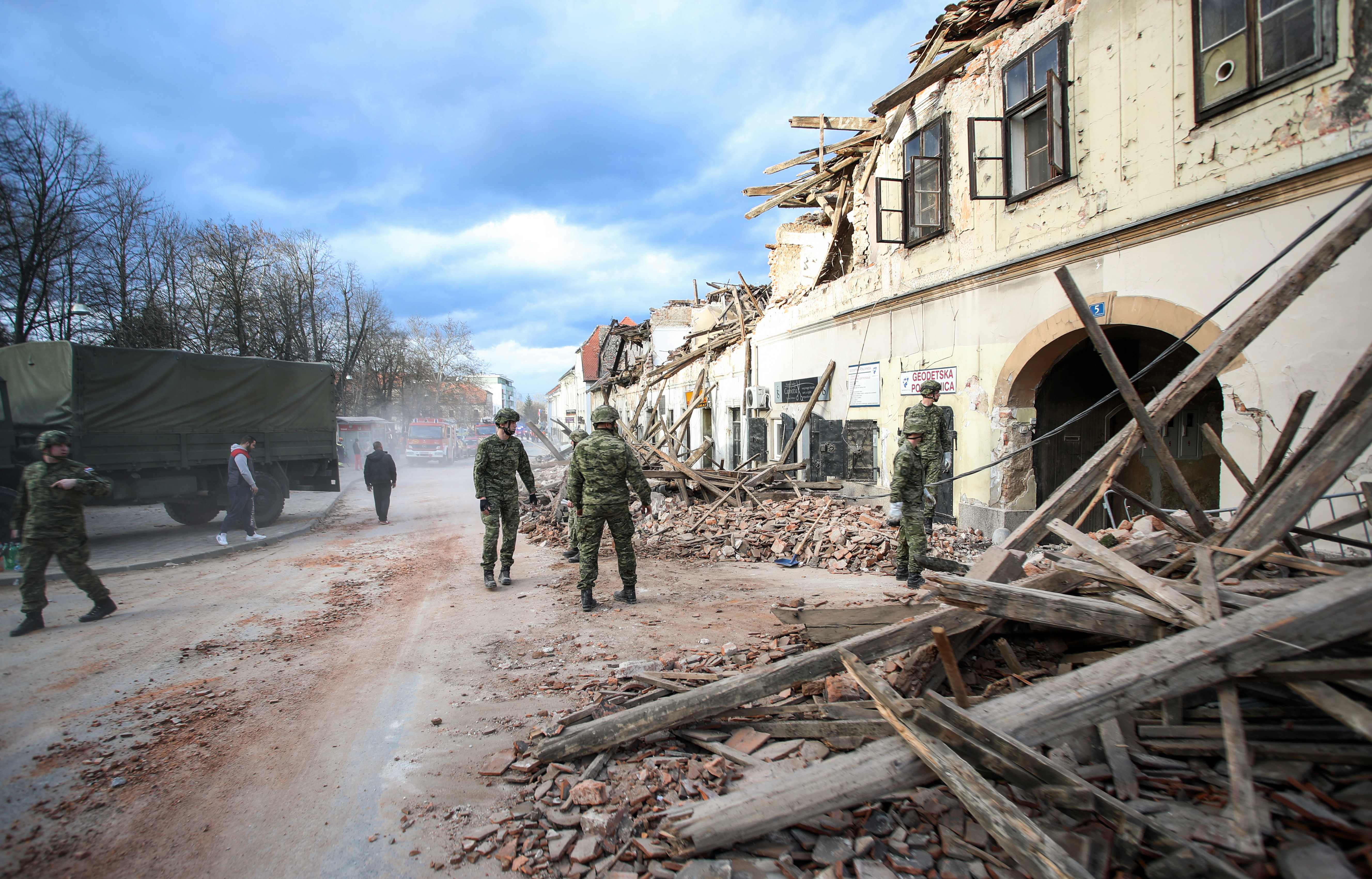 "This is like Hiroshima – half of the city no longer exists. The city has been demolished, the city is no longer liveable. We need help."

He later told Croatian radio: "We can't say Good morning, it is not good. We had the third and fourth tremors this morning, short ones but strong.

"Fear has crept into people."

Among the people rescued were a father and son who were pulled from their car which was trapped in the rubble.

They were pictured being stretchered away with the dad kissing his toddler son on the head.

In the hard-hit village of Majske Poljane, a little boy could be seen sleeping inside a van, on a cold December morning.

Mr Dumbovic said a children’s kindergarten had collapsed and half the town had been obliterated.

He said: "We are pulling people out of the car, we don't know because we have dead and wounded, I also heard that the kindergarten collapsed, but fortunately there were no children in the kindergarten, while the other children managed to save them." 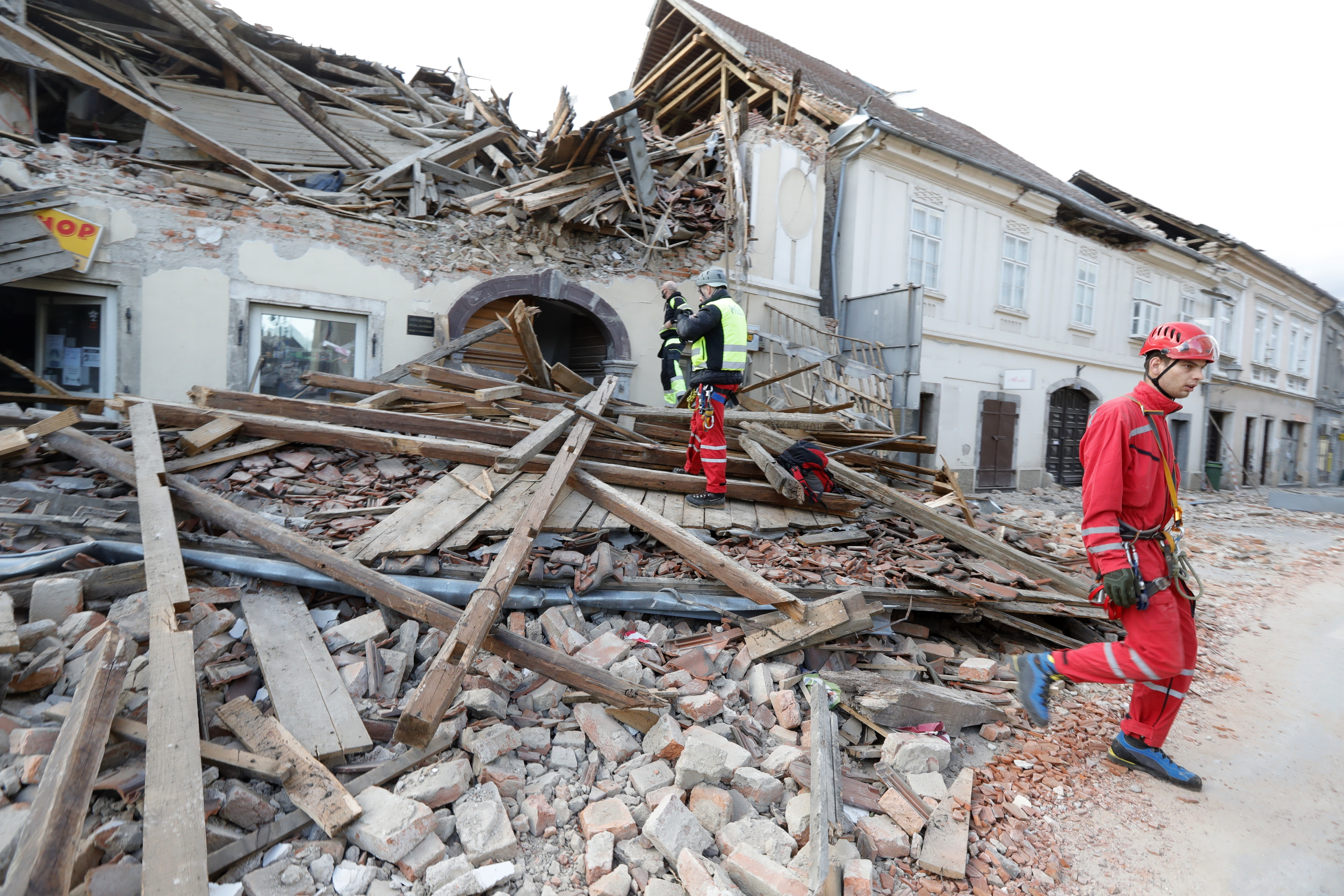 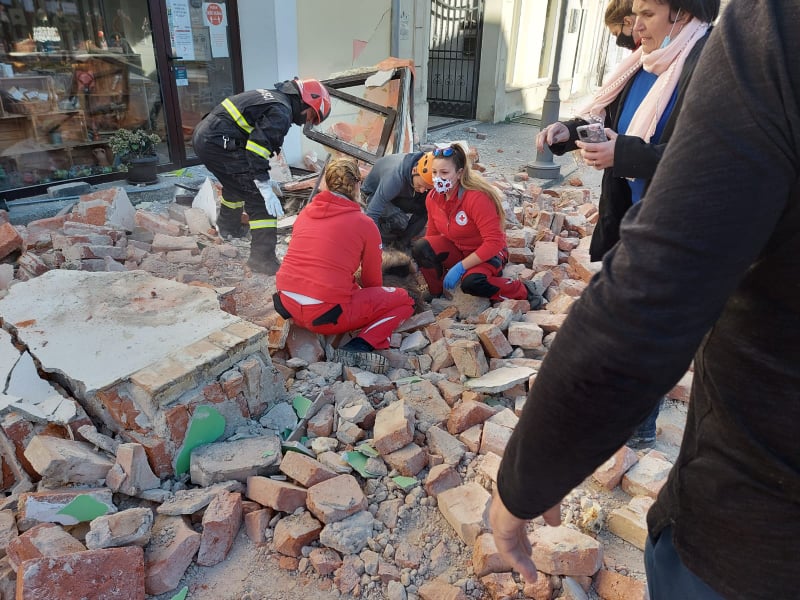 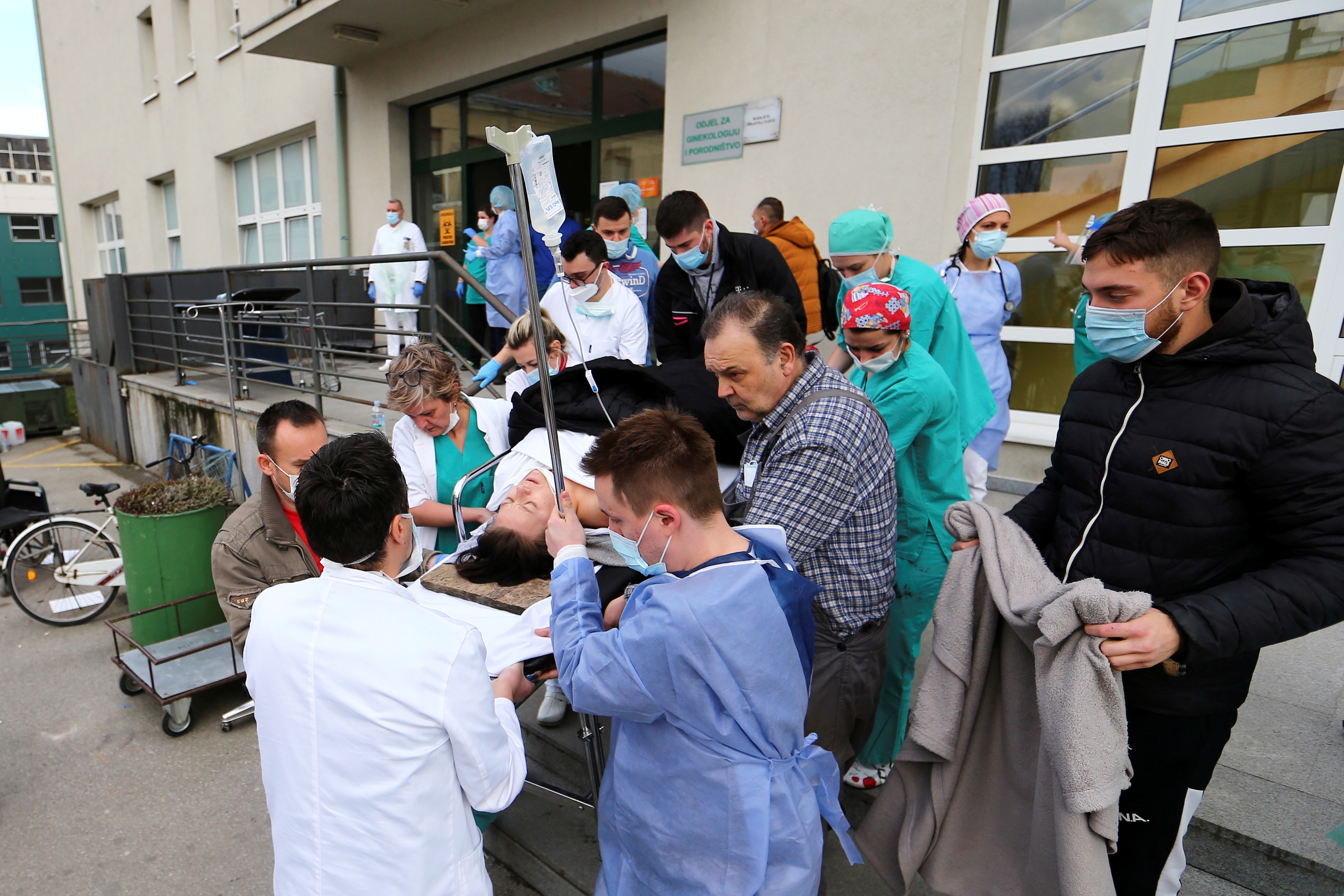 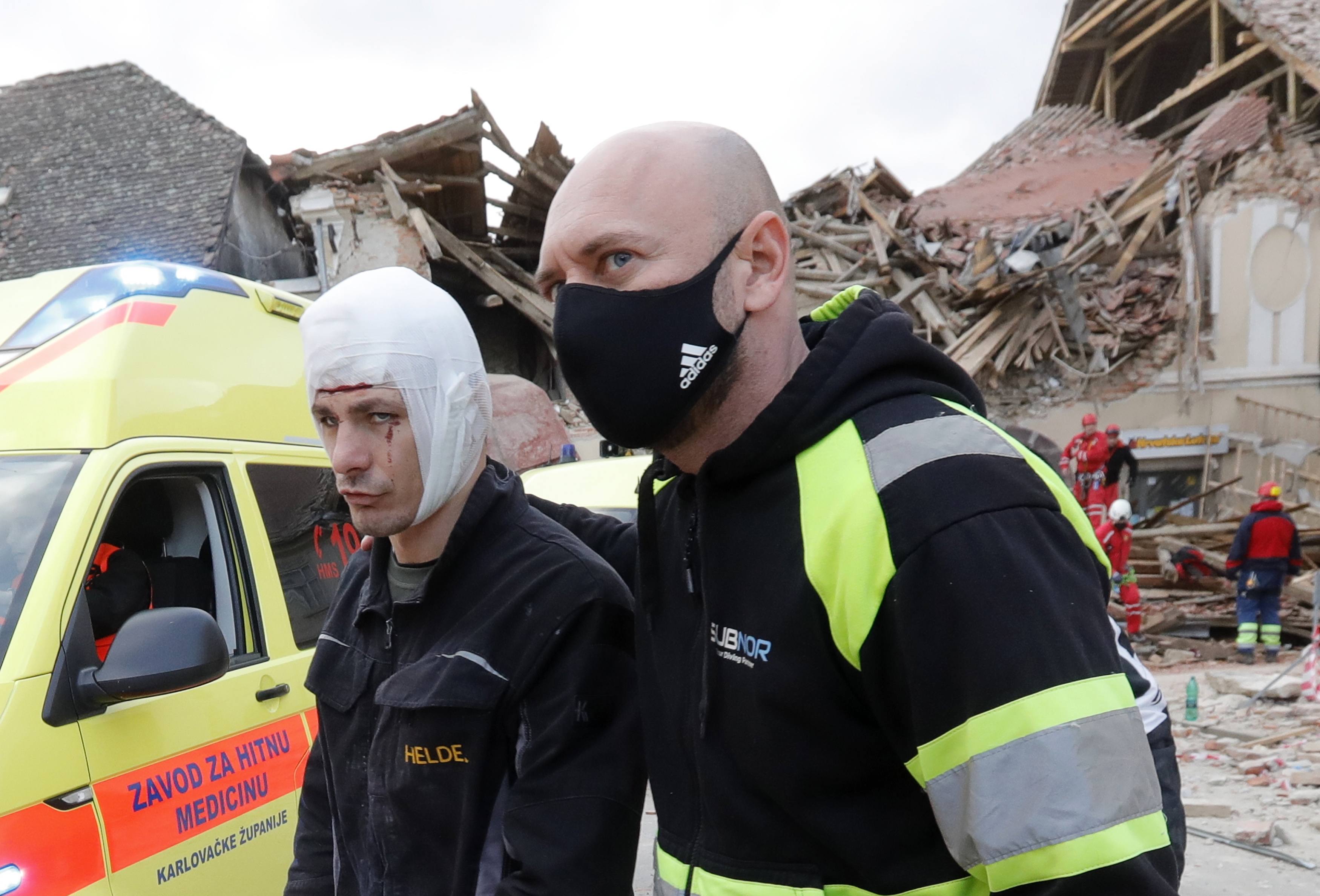 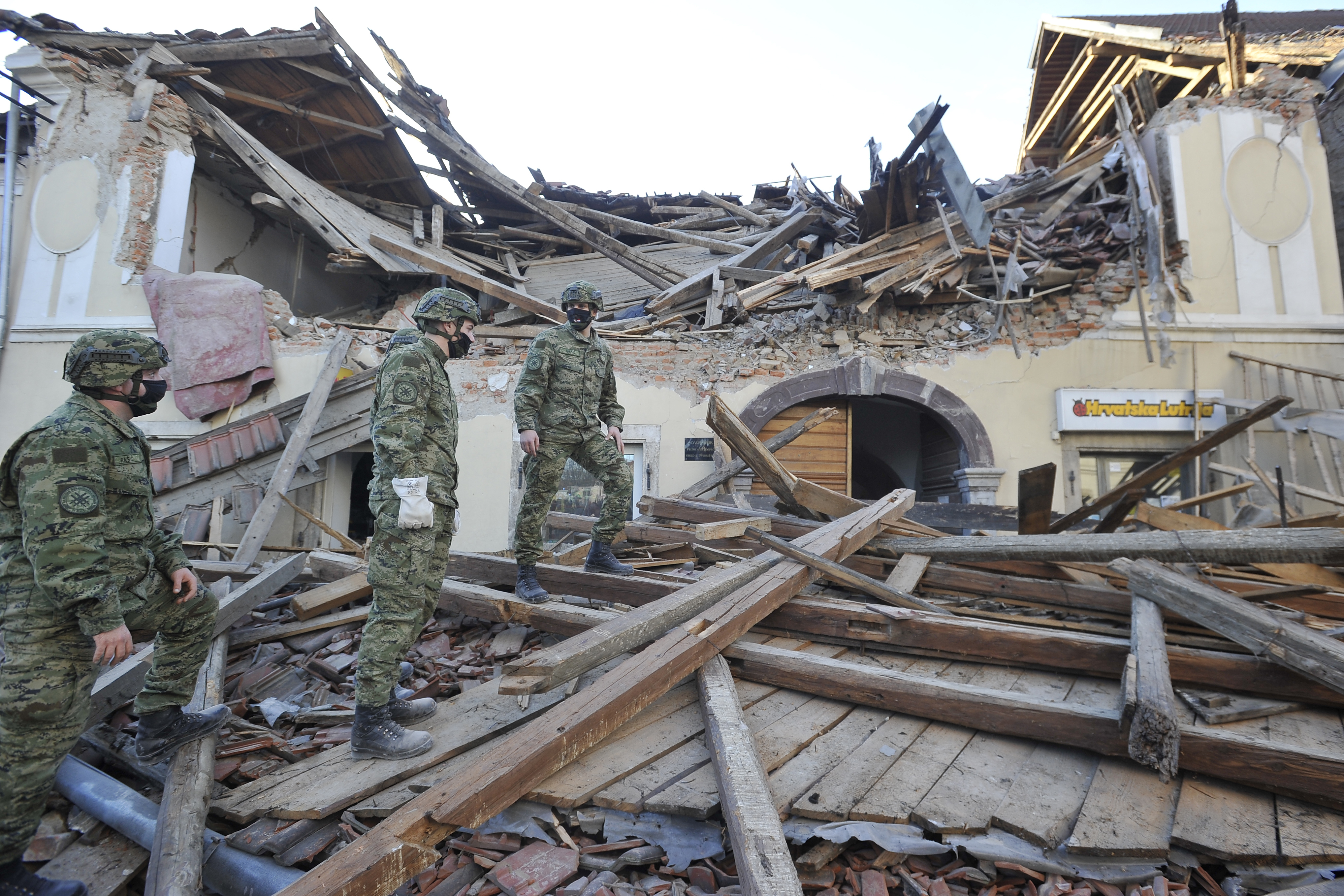 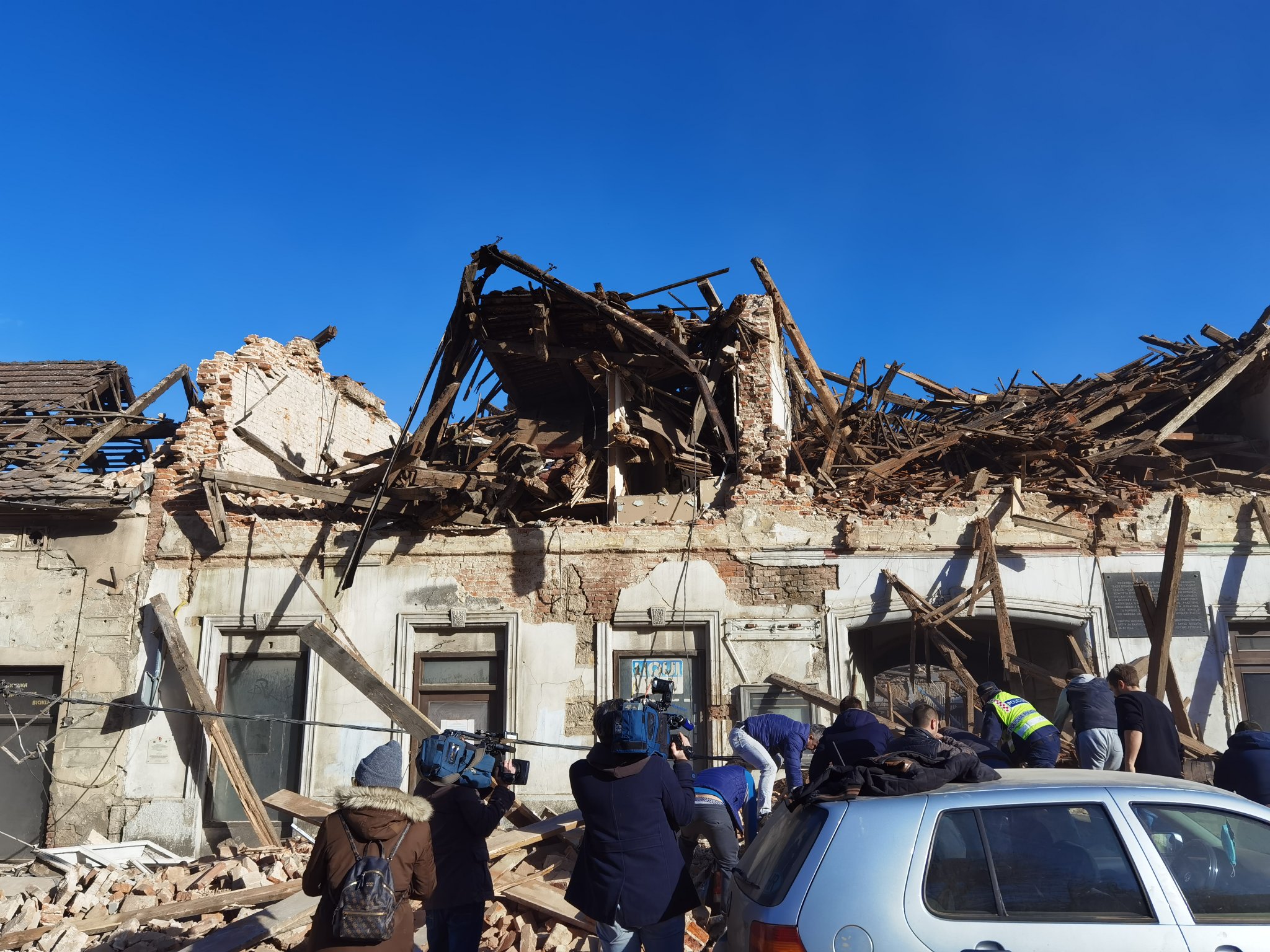 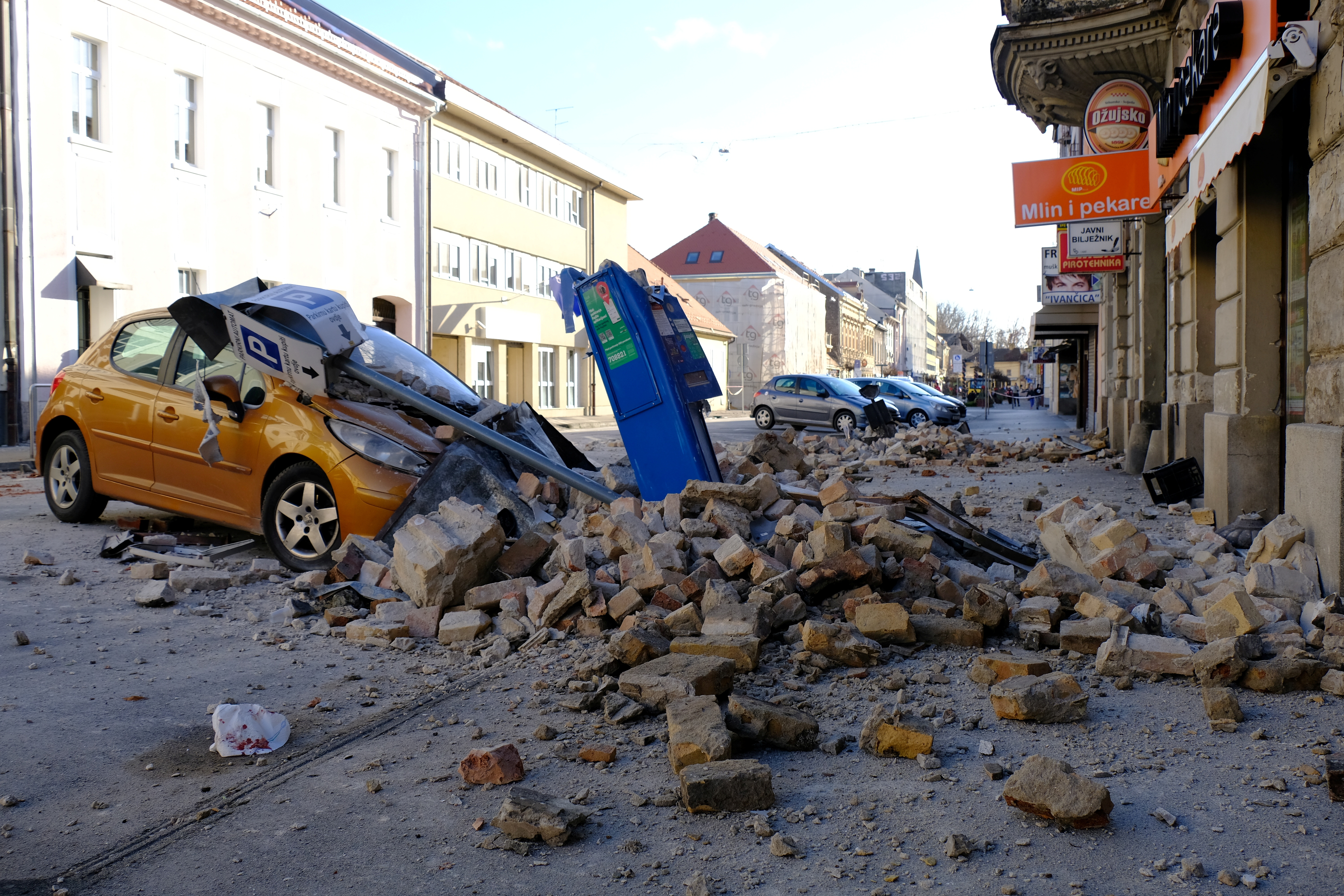 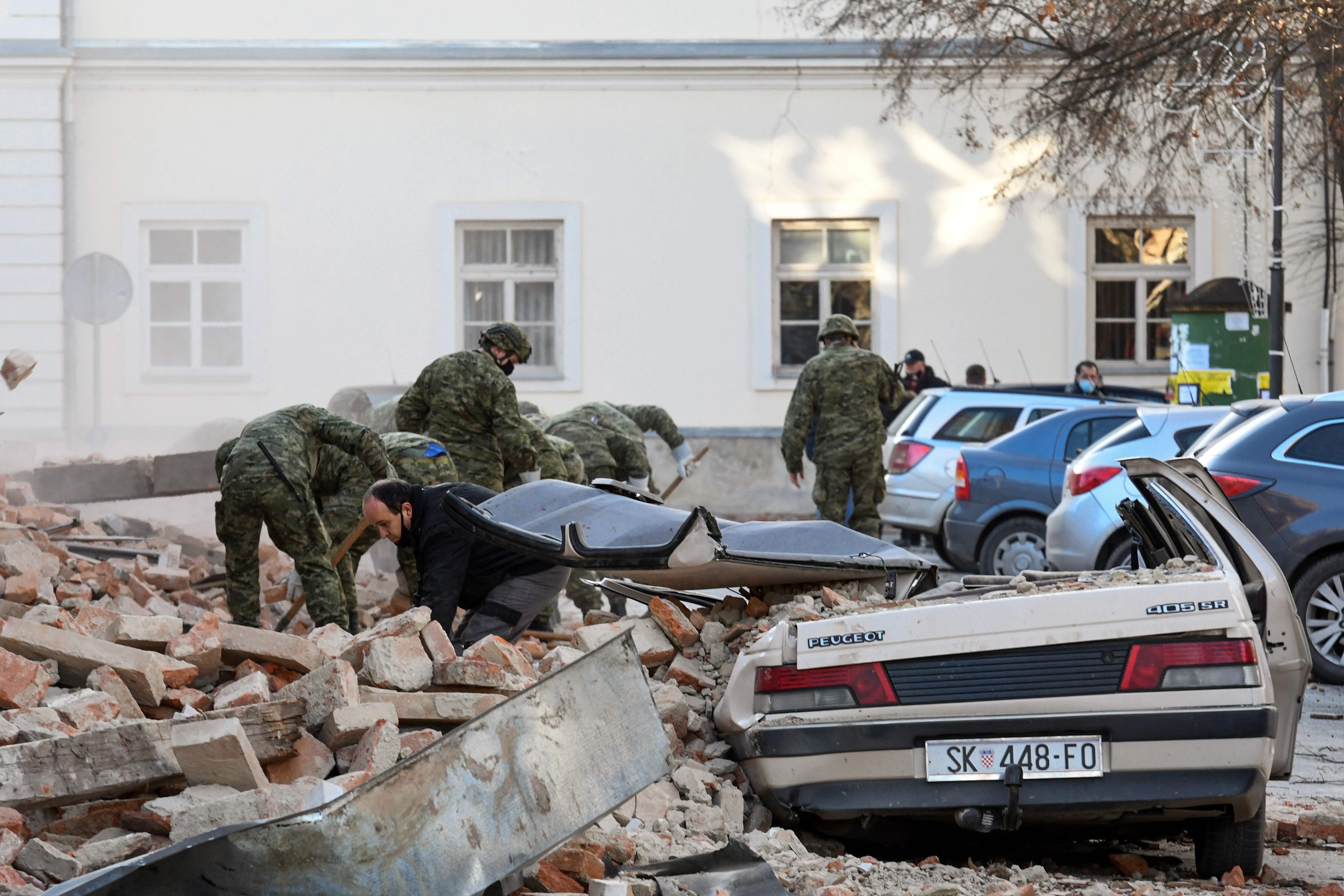 Local resident Marica Pavlovic, 72, said: "All the tiles in the bathroom are broken, all the dishes fell out.

"Even if we wanted to, we can't go back in, there is no electricity."

Tuesday's quake was felt throughout the region in capital Zagreb and in neighbouring Bosnia and Serbia as well as Italy.

The central Croatian region was also struck by a 5.2 earthquake on Monday and seismologists say several more aftershocks could be expected.

Footage yesterday showed the country's politicians fleeing the parliament building in Zagreb – around 40 miles from the epicentre of the quake. 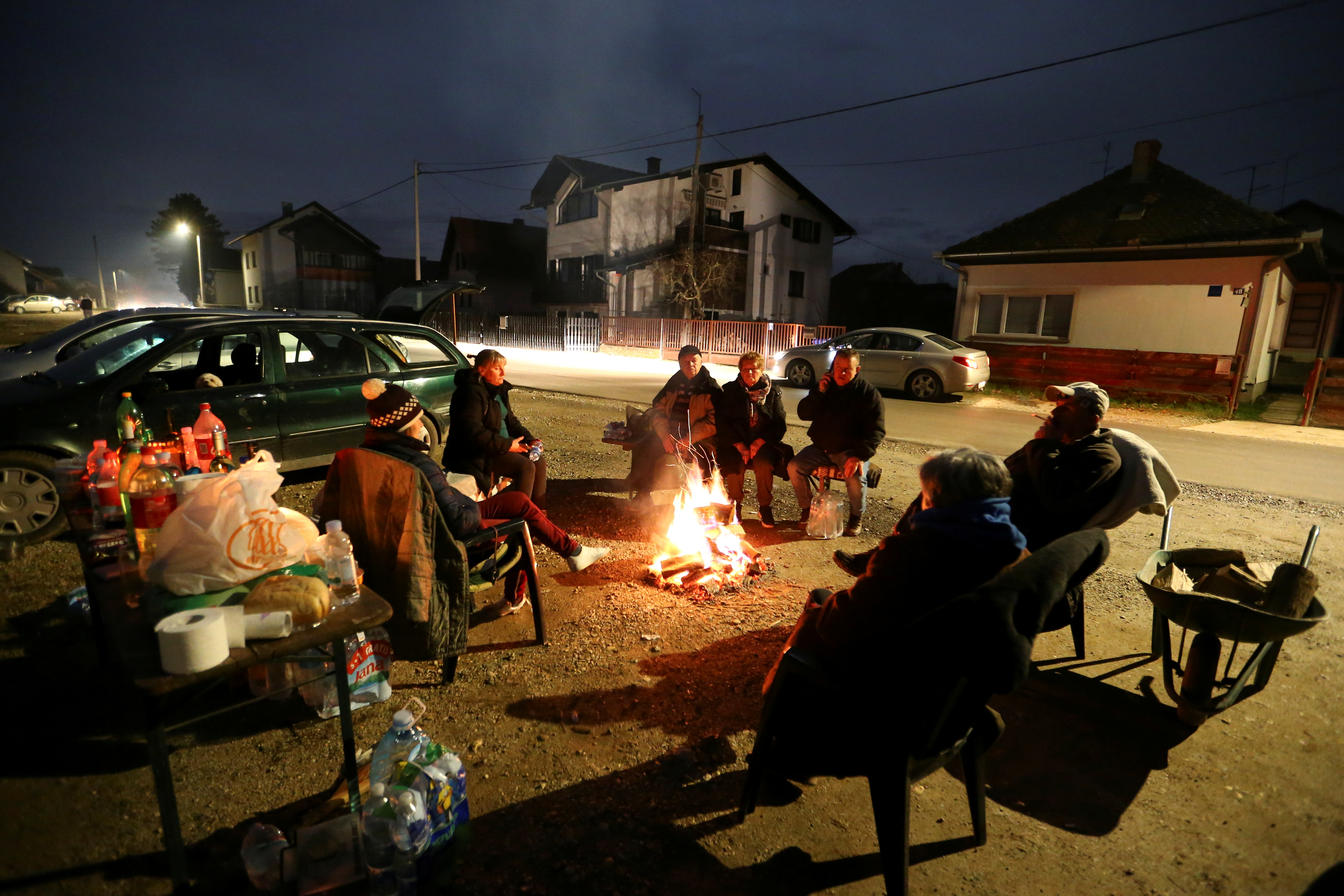 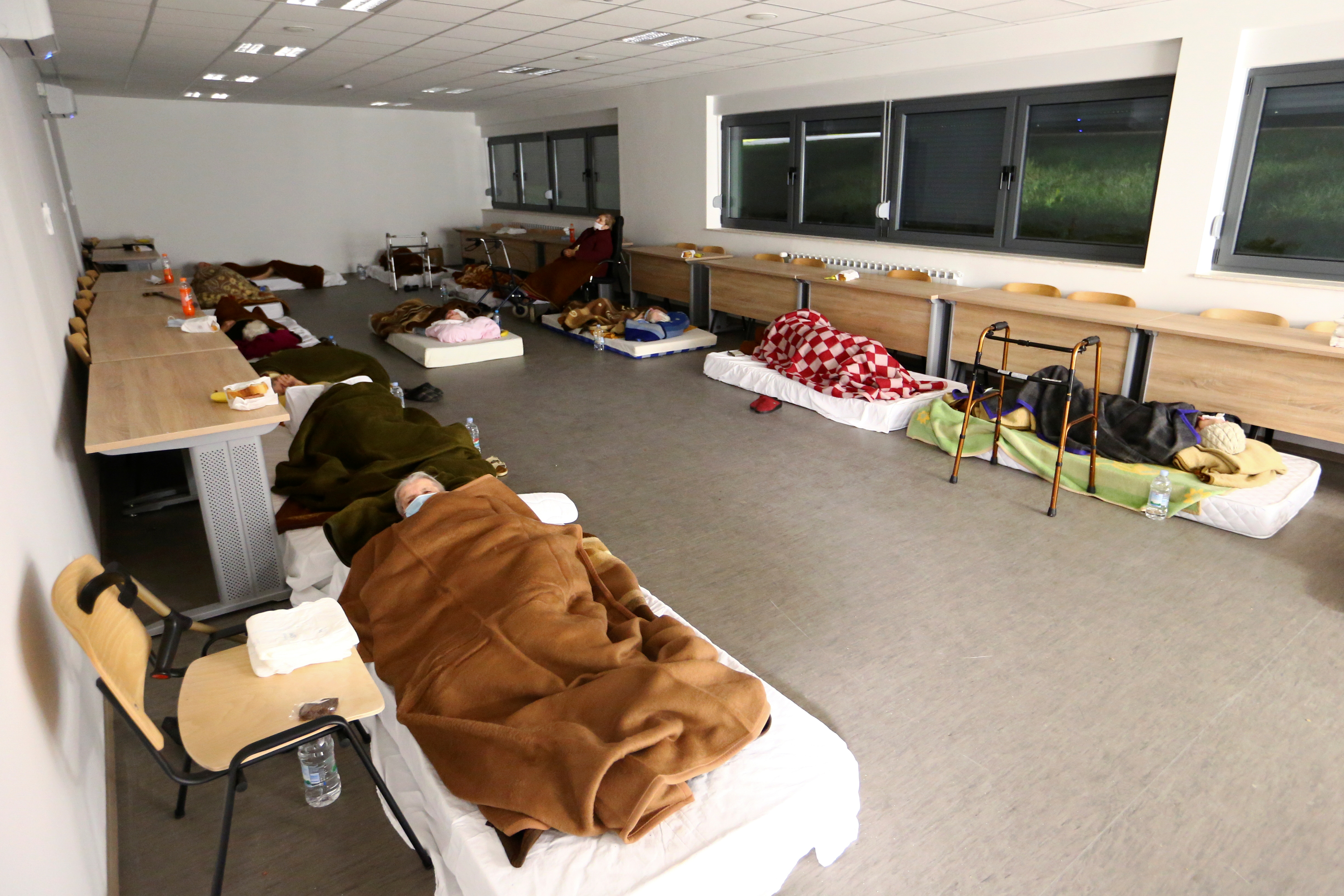