Crossrail stations will welcome first trains in three months’ time when engineers test tracks – but bosses insist £18.7bn line WILL open in first half of 2022 (£4bn over budget and two years late)

Crossrail stations will welcome their first trains in three months’ time when engineers test tracks – but bosses today insisted the £18.7billion line will open in 2022 despite being £4billion over budget and two years late.

Mark Wilde, Chief Executive of Crossrail, reassured the Transport for London board members 2020 had been a ‘very very strong’ year for the project during a meeting over Zoom today.

He said: ‘The challenge ahead remains complex and difficult. We still are confident this railway will open in the first half of 2022. Our passion is getting on the early edge of that.’

It comes despite the fact the project was close to being mothballed just last month when bosses struggled to pull together the funds to continue the scheme.

In today’s meeting Andy Byford, the Commissioner for TfL, told the board he was ‘passionate’ about opening the lines as quickly as possible, despite it being ‘very close to being mothballed’. 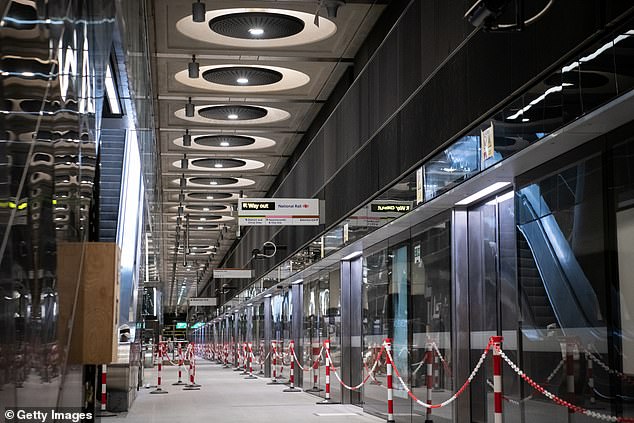 Mark Wilde, Chief Executive of Crossrail, reassured the Transport for London board members 2020 had been a ‘very very strong’ year for the project during a meeting over Zoom today. Pictured, the platform at Paddington Crossrail station in February 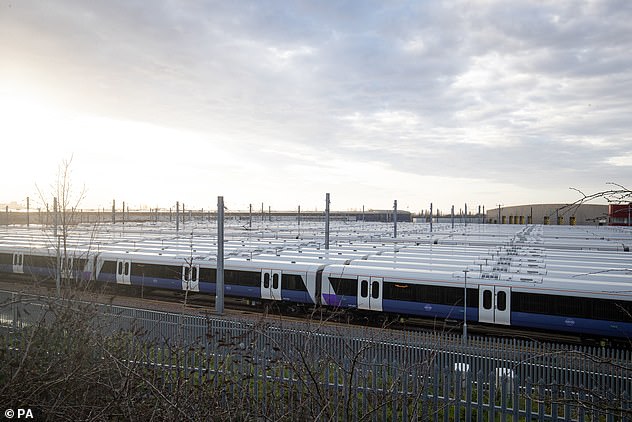 He added: ‘That is an absolute focus of the executive. Therefore it was such an achievement for the fact we did get that money. The last thing we wanted to do was mothball the project but we were very close.’

At the beginning of the month transport Secretary Grant Shapps confirmed a deal with TfL that will see ministers stump up a £825million loan in order to complete the crucial middle section of the east-west route under the capital.

During a progress report Mr Wilde said all ‘shafts and tunnels’ will be handed over to TfL by the end of the year and safety testing was now being carried out.

‘All of our stations are now at stage completion one so they’re ready to accept trial running. The tunnelling system, the track and overhead line are complete. There is just a small amount of work to do over Christmas and New Year.’ 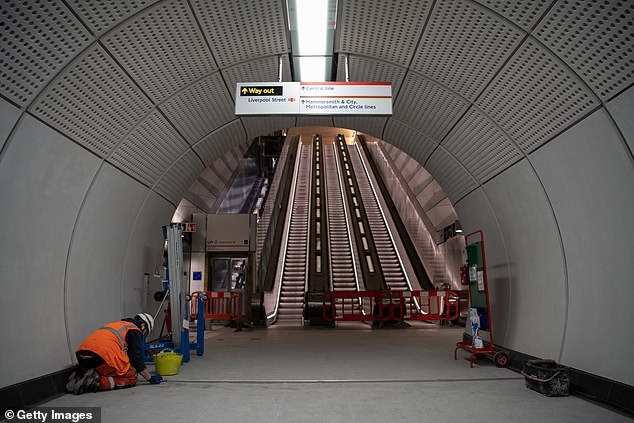 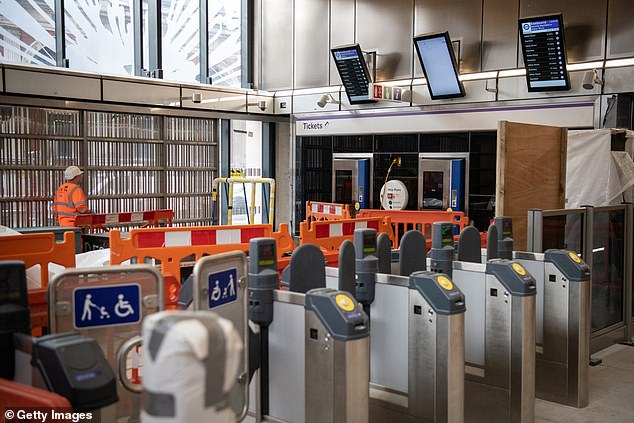 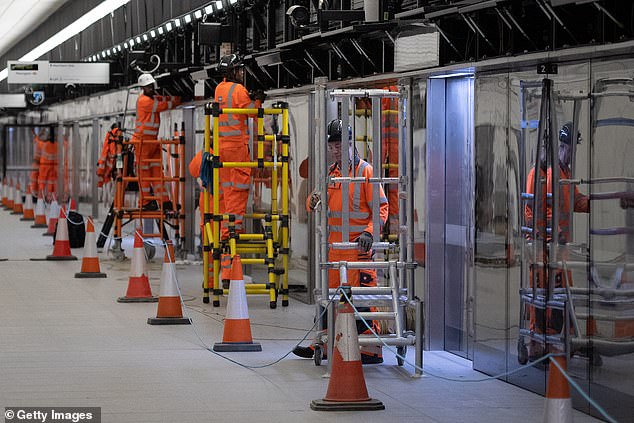 How will the Elizabeth Line operate?

When the central part of the Elizabeth line opens, by the ‘first half’ of 2022 all going well, it will operate as follows:

Following the central section opening, full services across the line from Reading and Heathrow in the west to Abbey Wood and Shenfield in the east, should commence at a later date.

He said that for the last six to eight days a small number of trains were on the tracks carrying out ‘niche’ tests that were going ‘very well’.

Mr Wilde said: ‘Next year means getting from system integration test to trial running. It’s all about documentation. This system is built to the highest safety standards. We’ve got three to four months of detailed safety assurance work. We have to dot every I and cross every t safety wise.’

Trains will be on the tracks running complex trials of the network in three to four months’ time, he said.

The current testing process involves ‘simulating a timetabled service’ on the railway by running eight trains through its central tunnels.

The project was initially due to be completed in December 2018 but has been delayed and is over budget.

It is not expected to open until the first half of 2022, when it will be known as the Elizabeth line.

The line will run from Berkshire to Essex via central London.

Crossrail Ltd chief executive Mark Wild said: ‘This is an incredibly important milestone for Crossrail to reach and puts us firmly on the journey to unlocking trial running next year. 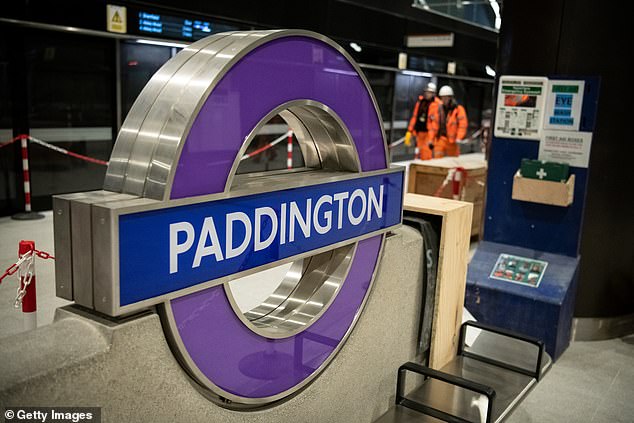 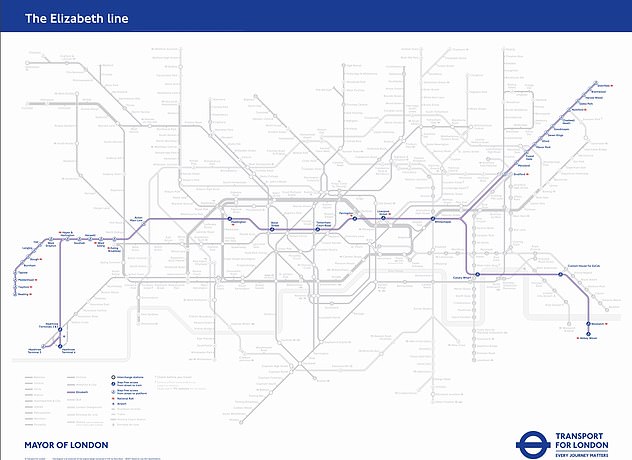 ‘This milestone also marks the incorporation of our Romford control room colleagues into the testing process, another sign that we are moving ever closer to our final goal of an operational railway.’

Crossrail Ltd described delivery of the scheme as being ‘in its complex final stages’, with ‘good progress’ made on completing infrastructure work.

How plans for a Crossrail network go back 78 years

1994: A private bill proposing a new Paddington to Liverpool Street tunnel is rejected by Parliament

2001: The Crossrail scheme is promoted through Cross London Rail Links, a joint venture between Transport for London and the Department for Transport

2008: The Crossrail Act 2008 receives royal assent after being put before Parliament in 2005

2015: The Liverpool Street to Shenfield service operated by Abellio Greater Anglia is transferred to TfL Rail

2017: The first new Crossrail trains are introduced on the Liverpool Street to Shenfield route

2018: Paddington to Heathrow services are transferred from Great Western Railway to TfL Rail