A twisted couple who starved their Lurcher pup to the brink of death in one of the worst cases of animal cruelty officers have ever seen have been jailed.

Kerry Patterson, 35, and Reece Milburn, 30, pretended they had found three-year-old Tiggy dumped by the side of a road and reported it to their local council.

An animal welfare officer attended their home in Blyth, Northumberland, and he was so disgusted by the state of the animal he said it was the ‘worst case he’d seen during his 15 years in the job’.

Shocking photographs of Tiggy show she had barely any fur and her ribs were jutting through her emaciated body.

She was also severely dehydrated and suffering from dermatitis and a mite infestation and was so weak she was unable to stand. 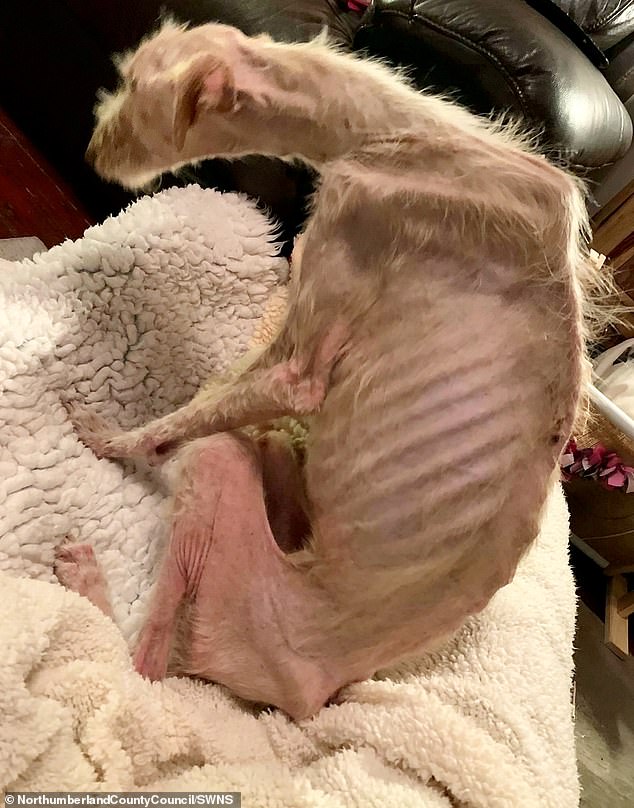 Kerry Patterson, 35, and Reece Milburn, 30, were jailed and banned from ever owning pets again, after their treatment of their pet lurcher Tiggy (pictured) left her close to death 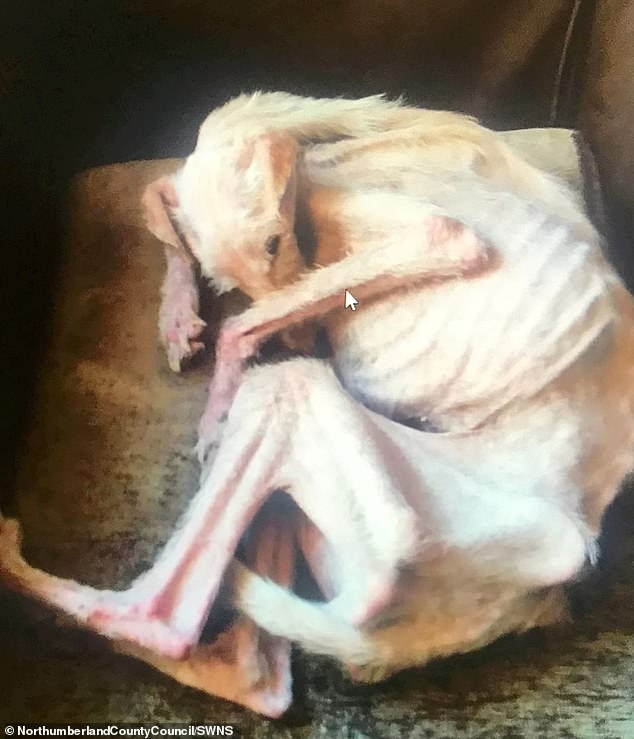 The bones on Tiggy (pictured) were painfully visible after she lost lots her fur due to extreme malnutrition, she was found weighing less than half the weight she should have been 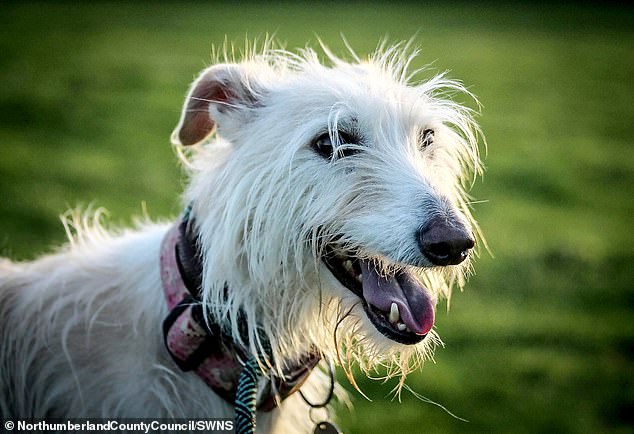 Tiggy (pictured) is now in a much healthier state and has since found a new home, with new dog companions, and even a new name

Northumberland County Council launched an appeal to find Tiggy’s owners after she was found just days before Christmas in 2019 and the harrowing images went viral.

They also pleaded guilty to failing to ensure the welfare of their other dog, a Staffordshire Bull

Terrier Enzo who also had a skin condition and mite infestation.

The pair were jailed for 12 weeks, banned from owning and keeping animals for life and each ordered to pay a £120 victim surcharge.

Council spokesperson Philip Soderquest said it was ‘one of the most shocking and high-profile cases of animal cruelty the county has ever seen’. 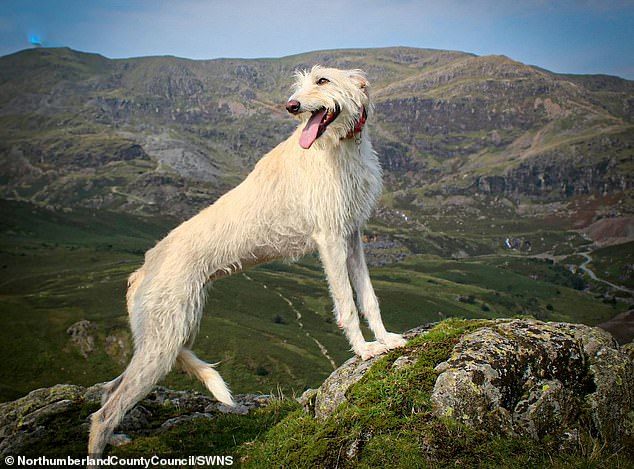 It is possible that without a concerned member of the public contacting the Animal Welfare Officers, Tiggy may not have survived much longer 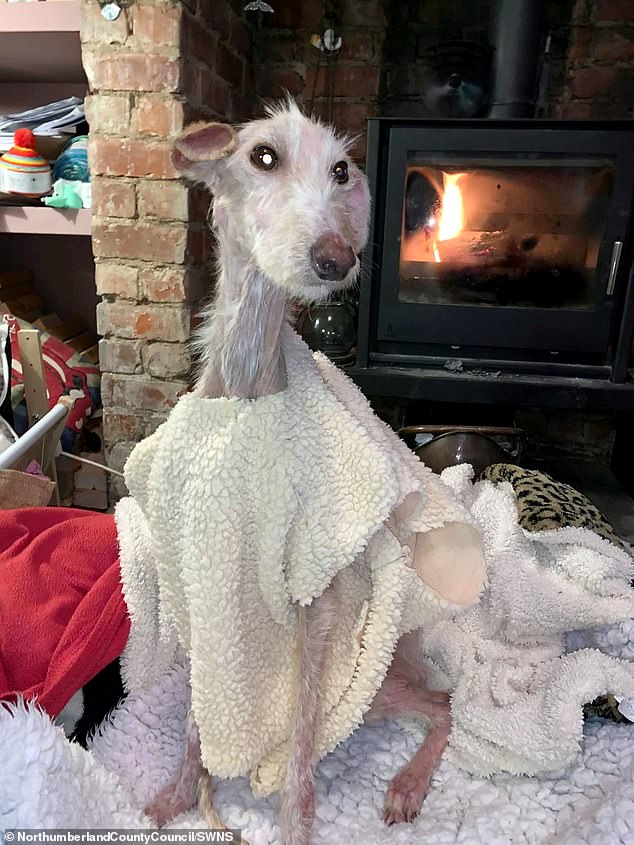 He added: ‘Our animal welfare team work tirelessly to investigate cases of animal neglect and cruelty and bring the perpetrators to justice.

‘We were absolutely determined that Tiggy’s former owners would have had their day in court and although it has taken two years, today we got the result we were after.

‘Thanks to the dedication of the team at Berwick Animal Rescue Centre, Tiggy had a happy ending.

‘She is a picture of health and happiness with a new home, a new life with dog companions, and even a new name.’

The couple’s other dog Enzo is still being cared for in kennels and is looking for his forever home.