City of Yarra mayor, the Greens’ Gabrielle de Vietri says she loves cooking on gas, but it is one of the “luxuries that we are going to have to abandon if we are serious about climate change.” I have good news for you Councillor – the best way for Victoria to decarbonise is to keep cooking with gas, but transition to renewable gas.

Australians, in particular Victorians, have a long history with gas in homes. Colder than most parts of the country, Victorians endure longer and harsher winters that require fast and effective space heating. 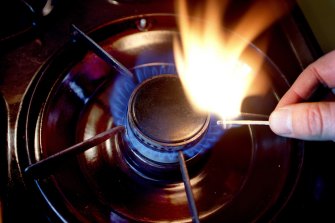 The average Victorian house uses twice as much energy from gas as from electricity. The idea, promoted by some, that we can easily switch all that gas use to electricity does not make sense. The Age reported this week that the City of Yarra has pledged to switch its buildings from gas to renewable electricity by 2030.

As well, it is seeking state government support to back a ban on gas connections in all new homes.

But, to be clear, the question is not should we reduce Victoria’s emissions from our gas use, it’s how best to do it. 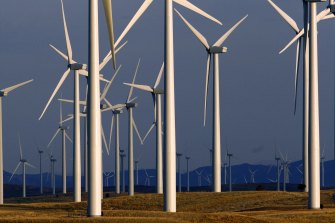 The costs of renewable energy such as from wind are expected to continue to drop.Credit:Matt Young

The peak Victorian gas usage is for cooking and heating on cold winter evenings. At these times solar panels are not producing any electricity. In fact, switching from gas heating and cooking to electricity is likely to increase the need for gas-fired generation to supply the extra electricity on winter evenings.

Right around the world engineers are trying to figure how they will manage what the Germans call dunkelflaute. It’s when you have long periods in winter with little electricity generated by solar and wind. Batteries, pumped hydro and demand response are all likely to play a role, but one thing is very clear: if places like Victoria shift all their existing gas heating and cooking load to electricity, managing dunkelflaute will be much harder and more expensive.

The way to go is to transition to renewable gas like hydrogen and biomethane. And the good news is that the transition is happening.

Just this week the federal government announced funding through the Australian Renewable Energy Agency to make green hydrogen and blend it into the gas network at Wodonga. 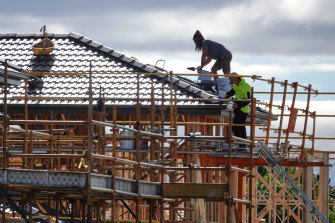 Blending of renewable gas is also about to come online in Tonsley, Adelaide, which will see nearby households supplied with blended natural gas through the existing gas network. This will be followed by conversions of entire networks to 100 per cent renewable gas in the next few years.

New residential developments are good candidates for blending projects and 100 per cent renewable gas trials, as these projects could be built around a range of hydrogen appliances and new dedicated renewable gas facilities.

As gas in gas networks becomes blended with hydrogen, the associated emissions of gas use will decline. Increasing this blend to 100 per cent will provide both a gas and electricity network with no emissions across either, ensuring more options and choices for customers.

Placing a blanket moratorium on new gas connections in new housing developments is in stark contrast to maintaining consumer choice. Customers should be informed about new energy options and empowered to make them, rather than restricting their choices by simply taking options away.

Hydrogen in our gas pipes is far from a pipedream. Reducing emissions from gas by decarbonising the fuel is being pursued right around the world. Number two on the UK’s Ten Point Plan for a Green Industrial Revolution is ‘Driving the growth of low carbon hydrogen’.

Research shows gas customers support clean gas and understand the need to reduce emissions, but there is no need for authorities to be trying to ‘gas shame’ them into not cooking with gas.

Andrew Dillon is the chief executive officer of Energy Networks Australia, the peak industry association for electricity and gas networks.