THIS is the shocking moment a cyclist was punched by a motorist – before being given a swearing rap as the driver escaped prosecution.

David Brennan, 47, from East Dunbartonshire in Scotland was biking to work in Glasgow when he was attacked by the vicious road rage driver last October. 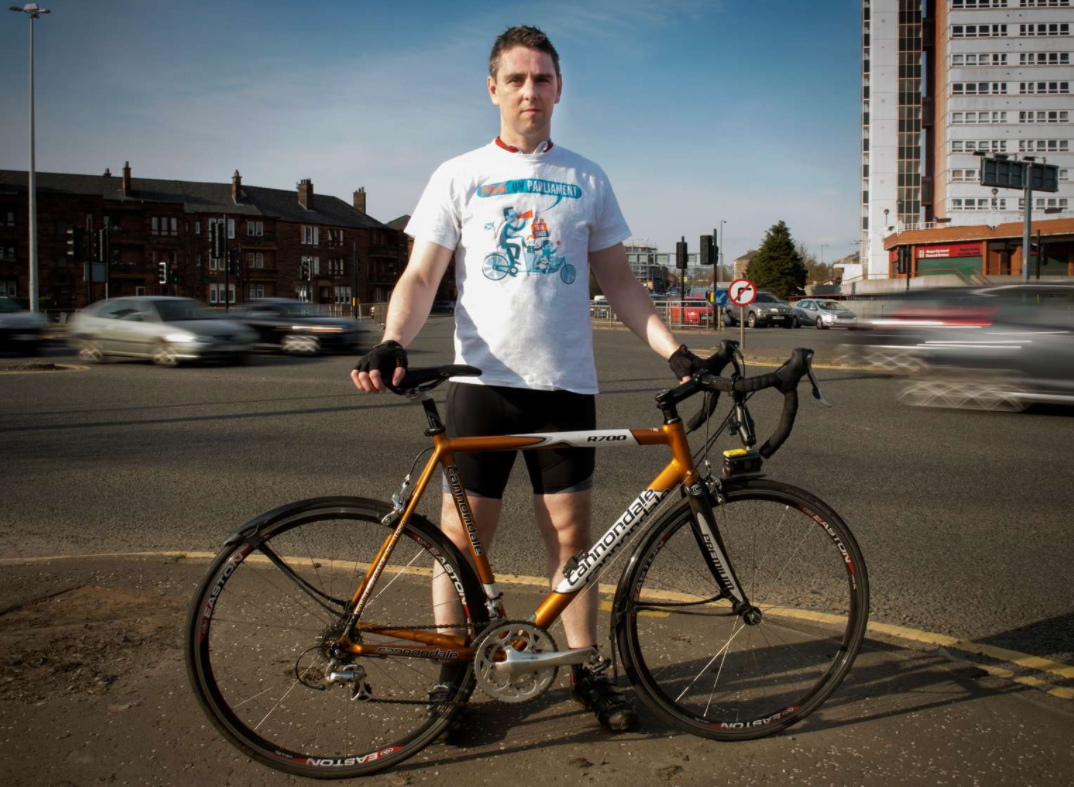 Video footage shows clinical scientist David slapping the car with his hand as the motorist drove towards him from behind.

The fuming driver then emerged from the vehicle and hurled abuse at the cyclist before knocking him to the ground with a punch.

Dad-of-three David sent footage of the shocking incident to cops – but was stunned after they accused him of breaching the peace due to his reaction.

The driver was only given a written warning despite physically attacking the biker.

The cyclist said: "I thought I was in danger and reacted to a fast approaching vehicle by slapping the bonnet with the palm of my hand.

"The driver got out and was incredibly aggressive, hurling abuse at me. He pushed me and then punched me in the face. I was left with a swollen lip and in a state of shock. 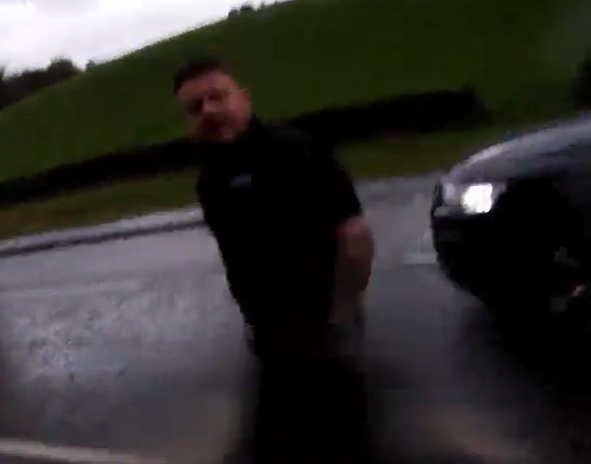 "I felt angry and let down. I had been driven at, abused, pushed and punched in the face, and the driver was only given a warning? That’s not justice."

The incident was captured on the clinical scientist’s bike’s camera as he cycled to work.

After a motorist drove too close to his bike, David shouted “Woah. P*** off. What did you just do there? You just drove your car at me.”

The motorist pulled out his car and said: "You f***ing undertook me you f***ing bam," before attacking him. 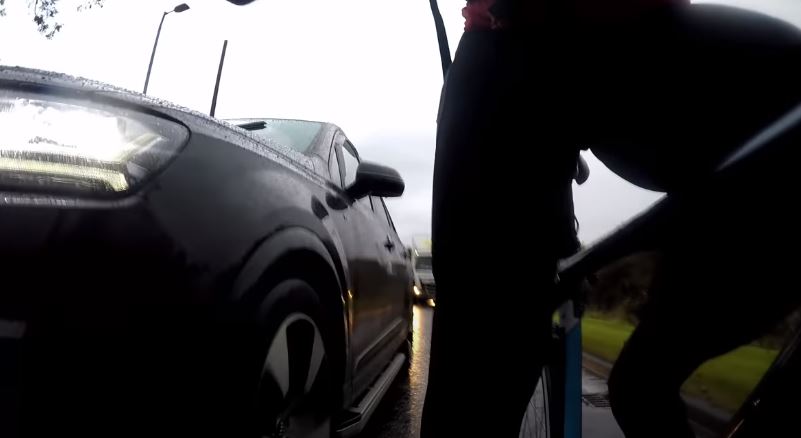 David, who works at Queen Elizabeth University Hospital in Glasgow, replies back: “F***ing hell. I’m going to the police. You punched me in the face.”

On being given a warning, David said: "When police said they were investigating ‘further criminality’ I presumed it was to do with him. But they said I could have caused ‘fear and alarm’ with my swearing.

"I was honestly shaken to the core. Under pressure, late at night and with no advice at hand, I felt that I had to accept the warning.

“The officers didn’t care that any swearing and shouting was a reaction to being endangered and assaulted. The warning belittled the effect that this incident had on me and has left me feeling self-doubt and anger ever since."

David was contacted by the Crown Office a fortnight ago to say his warning was overturned after appealing the decision with help from Cycling UK and Cycle Law Scotland.

And the cyclist is now calling for Government action to protect vulnerable bikers on the road.

He said: "I’ve spoken to many, many other cyclists who’ve had bad experiences with the police. Some police in certain areas have stated that if you aren’t hit, they won’t prosecute."

Jim Densham, Cycling UK’s policy and campaigns manager in Scotland, said: “David’s experience on the road that morning must have been frightening and the shock compounded by his subsequent treatment.

"Too often we hear of people who are out enjoying a cycle ride but experience a dangerous situation through no fault of their own.

“Dangerous incidents reported to the police on the road must be dealt with fairly and they must recognise that people who cycle are vulnerable road users.

"We believe that helmetcam and dashcam technology can help the police do their job and that’s why we are calling for Police Scotland to introduce a straightforward system which enables anyone to submit this footage.”