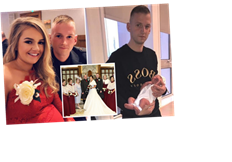 A TRAGIC dad who was battling addiction wrote "I am not a bad person" in a poignant letter before taking his own life.

Edward McEwan, 28, died on February 21 as he fought a cocaine addiction and serious mental health struggles. 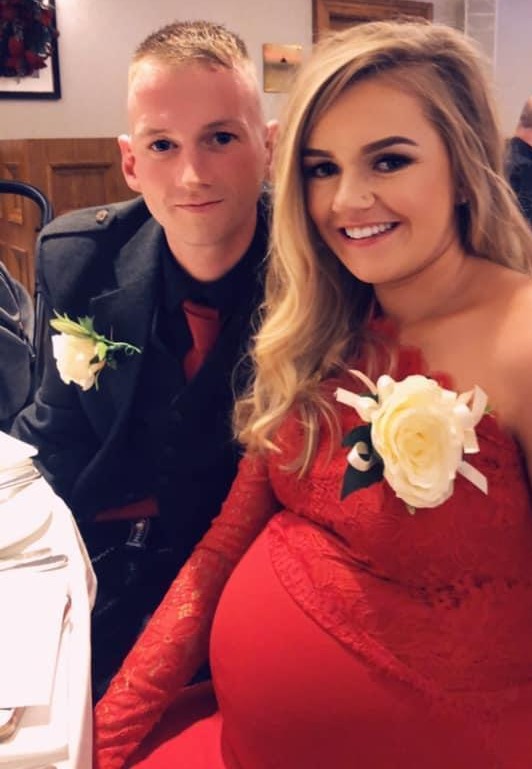 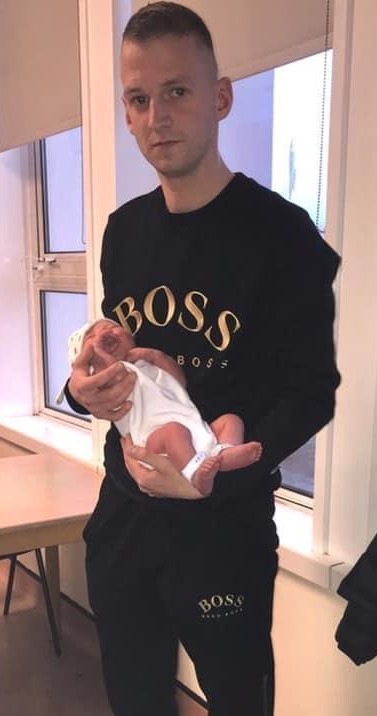 Passionate Celtic fan Edward, who was much loved and well known as a "legend" in his local community, took his own life after "begging for help" to cure his addiction and mental health problems.

The dad, from Glasgow, had reached out for help to ditch drugs and work on his anxiety, stress and severe depression with the support of his close knit family.

But tragically his family say he was refused support.

Edward's heartbroken family, who describe him as "happy go lucky" andhaving a "heart of gold", did their best to support him by "babysitting" him as he battled to control his addiction.

But after moving out with partner Christie, 23, and new-born son Teddie, Edward began to struggle as he began "hearing voices" and experiencing periods of extreme low mood.

With girlfriend Christie, who is 28 weeks pregnant with Edward's second son, going between two flats due to custody issues with a child from a previous relationship, Edward's battle worsened and he attempted suicide in June 2019. 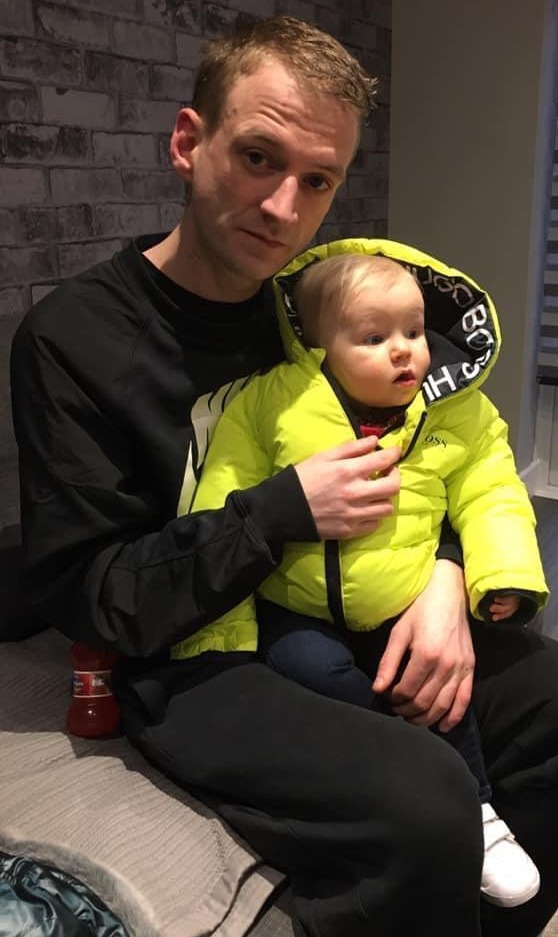 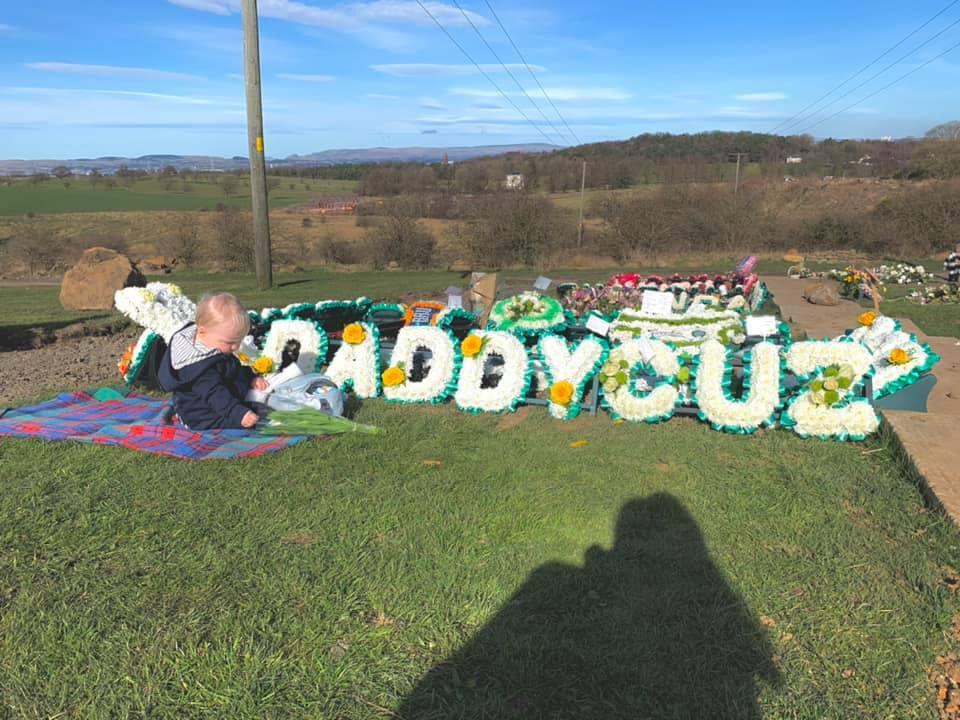 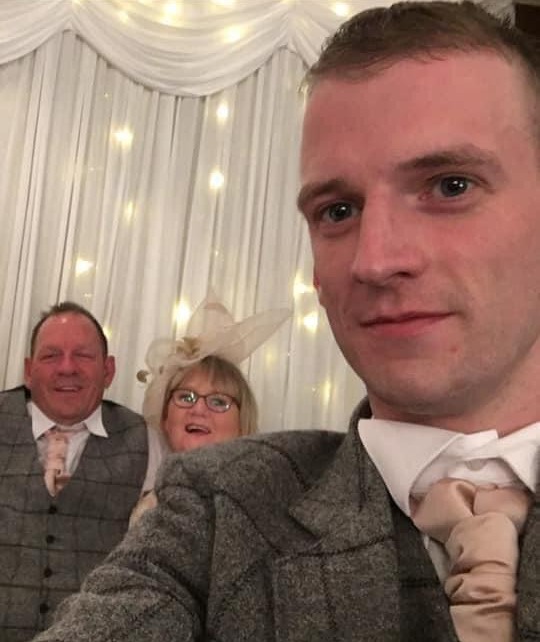 Opening up about Edward's battle in a letter, sister Lizzie, 31, and cousin Annemarie, 37,who are fundraising for two addiction and mental health charities wrote: "Sadly on Sunday 21st February 2021 Edward took his on life at 28 years of age.

"This has shattered our family, his friends and the community of Pollok.

"Edward has left behind so many broken hearts, especially his mum & dad, five older sisters, his partner Christie and their little boy Teddie and baby boy Sunnie due in June, his niece and nephews.

Hi I am Edward.

I have the most amazing Fam in the world.

I have a GF I think the world of

I am ill through addiction

I have a son who deserves better than me. He is the star that I never seen I could have

I am depressed, I try cure my pain with getting out my head

I am the problem to my own cause

I am suicidal, but I can’t leave behind the people I love

There is ways to sort my ways,

I am not a bad person

I love my son, gf and fam so much

Please help me god and guide me

I want my gf aka Christie to be proud of me and love me.

I want to climb Ben Nevis with my son

I want to drive

I want to marry my GF

I want to make my fam proud

I want to win my life over

I want to help others

I want to have a steady job and lovely house.

"Edward struggled so much in life, he was born with Craniosynostosis where his soft spot in his head shut too soon and Edward needed various surgeries and eventually had a plate inserted in his head.

"Even after all this he seemed like such a happy go lucky boy full of life and had a complete heart of gold.

"But over the past couple of years Edward has been struggling with his mental health, hearing voices and periods of extreme low mood. 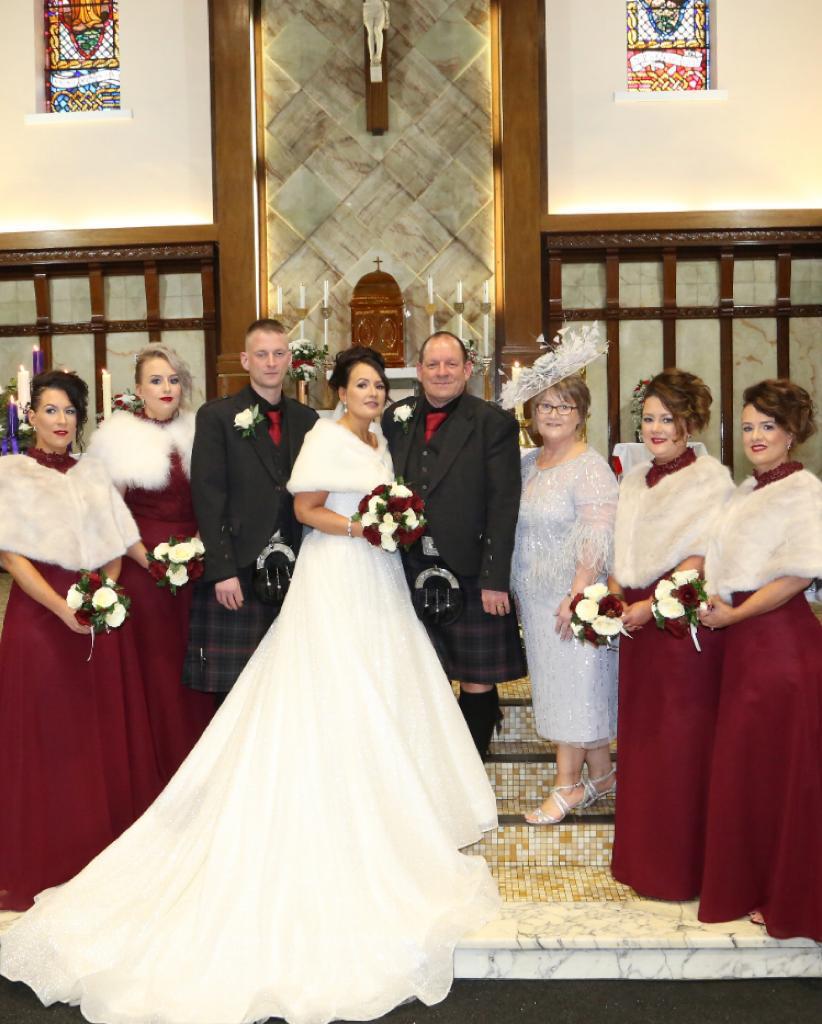 "Edward felt he couldn’t get the help and support he so desperately wanted and needed.

"After Edward's death his family got the keys back to his flat and whilst there found a piece of paper with Edwards thoughts and goals he wanted to achieve in his life, this was read out at Edward's funeral by his sister Lizzie.

"It touched everyone’s hearts and opened eyes to just what is going on in our community."

Edward's letter, which he wrote as a list of goals for his life, was discovered by his grief-stricken family, which included marrying his partner, overcoming his addiction and making his family proud.

But the touching letter also read: "I have a son who deserves better than me. He is the star that I never seen I could have.

"I am depressed, I try to cure my pain with getting out my head. I am the problem to my own cause.

"I hope one day I can get in front of my addiction. There is ways to sort my ways. I am not a bad person".

Cousin Annemarie added: "It was the simple things in life Edward wanted – to be the perfect boyfriend and dad. It wasn't high expectations.

"He always wanted to help others even though he was struggling himself, the streets were lined in Pollok on the day of his funeral.

It's the biggest killer of people under the age of 35, more deadly than cancer and car crashes

Let's all vow to ask for help when we need it, and listen out for others…You're Not Alone.

"Even the neighbours were saying he was such a lovely boy."

Edward's family, who have named themselves Edward's Army, now want to raise awareness of mental health and addiction struggles by fulfilling one his goals – climbing Ben Nevis.

Already 41 of his family and friends, who will be kitted out in memorial t-shirts and will place pictures of Edward at the summit, have committed to scaling the mountain in June in his memory.

The family are also aiming to raise £2,000 to donate between Family Addiction Support Services in Glasgow and Chris's House.

Annemarie said: "We don't want other families to feel how we are feeling.

"There is still a stigma around mental health. People think it's something to be ashamed of but it's not.

"Edward had been begging for help. Something has to give, there has to be more help and somewhere to turn to, it seems to be affecting more and more people especially young men."

Already £650 has been raised in Edward's memory. You can donate to the fundraiser HERE.