Dallas: A white Dallas police officer was arrested on Sunday on a manslaughter warrant in the shooting of a black man at his home, Texas authorities said.

The Texas Department of Public Safety said in a news release that Officer Amber Guyger was booked into the Kaufman County Jail and that the investigation is ongoing. It said no additional information was available. 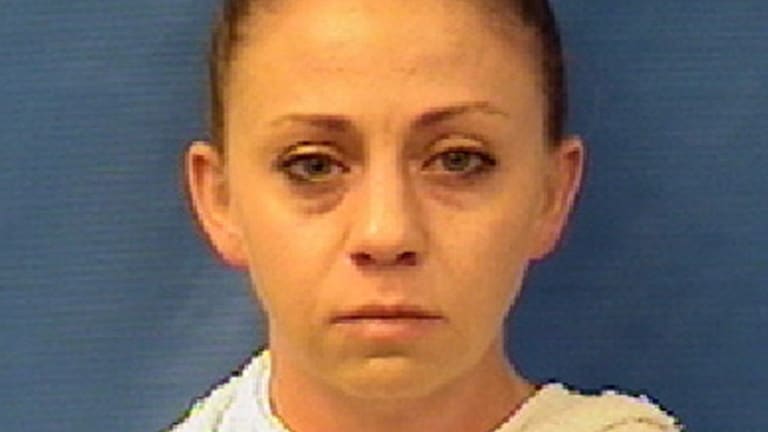 Amber Renee Guyger, a Dallas police officer, arrested for shooting of a black man at his home, Texas

Guyger fatally shot 26-year-old Botham Jean on Thursday. Lawyers for Jean's family had been calling for Guyger's arrest, saying the fact that she had remained free days after the shooting showed she was receiving favourable treatment. They held a news conference on Sunday night, shortly before the arrest was announced, making another plea for the officer to be taken into custody.

They weren't immediately available for comment after the arrest came.

S. Lee Merritt, one of the attorneys for Jean's family, said on Saturday that the man's loved ones weren't calling on the authorities to jump to conclusions or to deny Guyger her right to due process. But Merritt said they wanted Guyger "to be treated like every other citizen, and where there is evidence that they've committed a crime, that there's a warrant to be issued and an arrest to be made."

Guyger, 30, is a four-year veteran of the police force. The Dallas Police Department released her name on Saturday night.

Police Chief U. Renee Hall said the day after the shooting that her department was seeking manslaughter charges against Guyger. But she said Saturday that the Texas Rangers, who have taken over the investigation, asked her department to hold off because they had learned new information and wanted to investigate further before a warrant was issued. 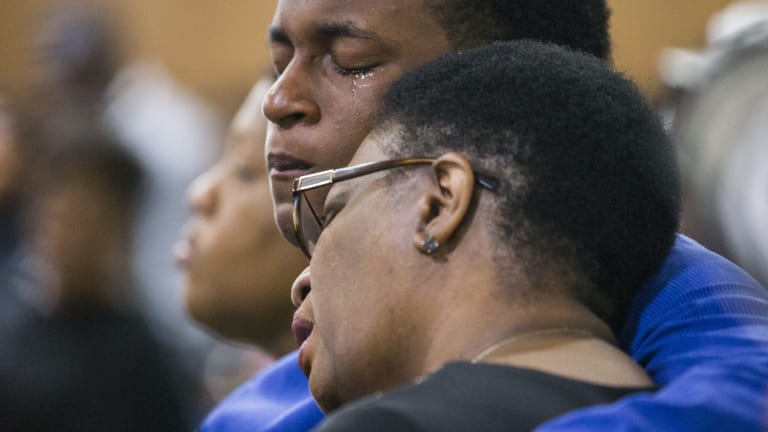 Allison Jean and her son Grant, 15, mourn Botham Jean, Allison’s son and Grant’s brother during a prayer service for Jean at the Dallas West Church of Christ on Sunday.

Crump has also represented the families of Stephon Clark and Terence Crutcher, both also black and unarmed. Clark, 22, was fatally shot earlier this year by officers in the backyard of his grandparents' home in Sacramento, California. Crutcher, 40, was shot and killed by a white police officer in 2016 in Tulsa, Oklahoma.

According to police, Guyger shot and killed Jean after returning in uniform to the South Side Flats, where they both had apartments, following her shift. She reported the shooting to dispatchers and she told officers who responded that she had mistaken Jean's apartment for her own. 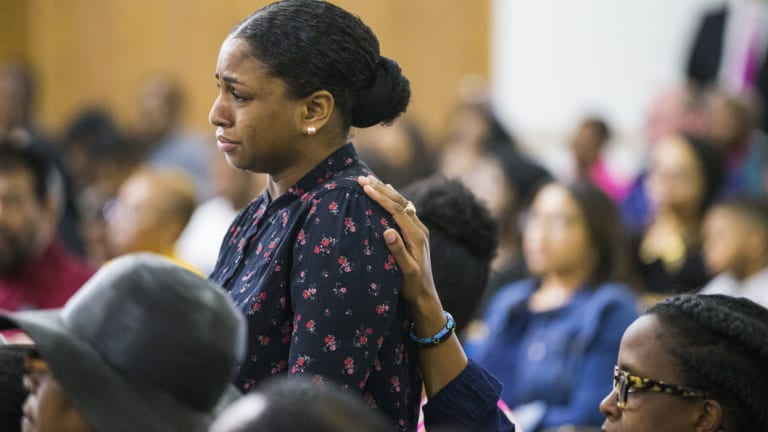 Cynthia Johnson, Botham Jean’s girlfriend, stands up as she is comforted by another churchgoer during a prayer service for Jean.

Many questions remain about what led Guyger to shoot Jean. Hall said the officer's blood was drawn at the scene so that it could be tested for alcohol and drugs. Investigators haven't released the results of those tests.

Jean's mother, Allison Jean, wondered whether race could have been a factor. Her son, who grew up in the Caribbean island nation of St. Lucia before attending college in Arkansas, is black. Guyger is white.

"If it was a white man, would it have been different? Would she have reacted differently?" Allison Jean said Friday.

Jean wasn't the first person shot by Guyger. She shot another man, Uvaldo Perez, on May 12, 2017, while she was on duty. 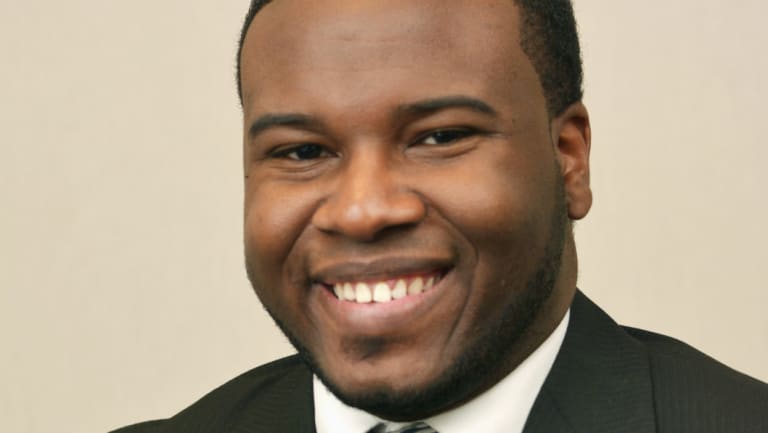 Botham Jean, who was shot at his own house by a Dallas police officer returning home from work.

According to an affidavit in the case filed against Perez, police were looking for a suspect when Guyger and another officer were called to assist a third. Perez got out of a car and became combative with Guyger and another officer. A struggle began and Guyger fired her Taser at Perez, who then wrested it away from her. She then drew her gun and fired, wounding Perez in the abdomen.

Guyger was not charged in the 2017 shooting.

Sergeant Mike Mata, president of Dallas' largest police employee organisation, the Dallas Police Association, on Saturday called for an "open, transparent and full investigation of the event," the Dallas Morning News reported. He described Jean as an "amazing individual" and said that "if the grand jury deems necessary, this officer should have to answer for her actions in a court of law in Dallas County."

Friends and family gathered Saturday at the Dallas West Church of Christ to remember Jean, who had been working for accounting firm PwC since graduating in 2016 from Harding University in Arkansas, where he often led campus religious services as a student. They described Jean as a devout Christian and a talented singer.

"Botham did everything with passion," Allison Jean told the prayer service. "God gave me an angel."

His uncle, Ignatius Jean, said the killing has devastated the family and left it searching for answers.

"You want to think it's fiction … and you have to grapple with the reality," he said.