Danny vs Dave round TWO: Dyer reignites his feud with Cameron in ANOTHER foul-mouthed Brexit rant against the former PM

Danny Dyer has reignited his feud with David Cameron – lashing the former Prime Minister for deserting the country in the Brexit crisis.

The EastEnders star said it is a ‘f***ing travesty’ the ex leader can just ‘slip off’ while the UK is bitterly divided.

Launching into a foul-mouthed tirade against the former PM on the Sky One show Look Back to the Future, Dyer added: ‘Where is he though – let’s be straight. Where is he?

His colourful attack on the former Tory leader sparked cheers from the show’s studio audience. 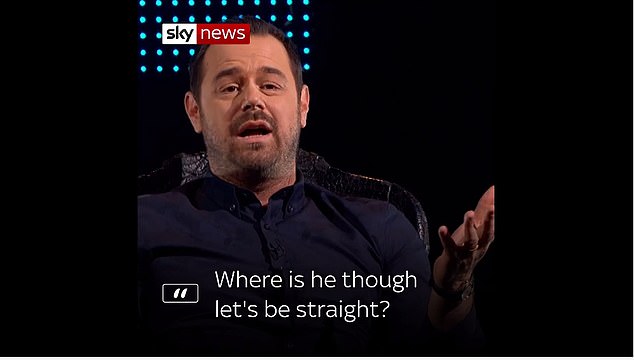 And it comes six months after he launched into a similar foul-mouthed rant against Mr Cameron during a TV appearance.

Dyer – well known for playing East End hardmen – was quizzed about his dislike of Mr Cameron during the show.

He said:   ‘I was just a bit humpy that day – I was sitting next to Piers Morgan and it all got a bit  on top and I just had abit of a vent.

‘I didn’t think it would go as insane as that , I just thought that it was common knowledge that the man  a ‘f***ing t***. 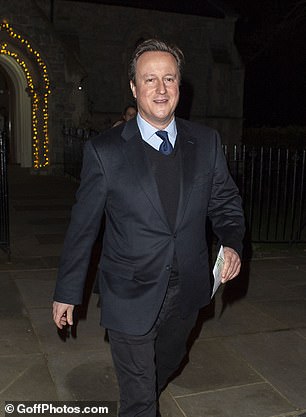 And he also took aim at Theresa May, describing her as f***ing useless, but loveable in a way.’

Mr Cameron was  widely vilified for calling the Brexit referendum and then suddenly quitting No10 the day after he lost the crunch vote.

Since his departure two years ago, the UK has been left bitterly divided, the Tory party has erupted into open civil war, and the crunch Brexit talks have been hit by a string of crises.

Mrs May’s deal looks set to be overwhelmingly rejected by MPs when it goes to the Commons in the New Year – leaving her premiership hanging by a thread.

Dyer’s fiery remarks come amid reports that Mrs May is turning to Mr Cameron for advice on Brexit.

The report has sparked a flurry to scathing responses from opposition MPs.

Labour MP David Lammy said: ‘David Cameron gambled the country’s future on Europe and lost. This is like asking the captain of the Titanic for navigation tips.’

Mrs May is bracing for a stormy session in the Commons this afternoon as she faces MPs after her pleas to EU leaders to change the hated Brexit backstop were snubbed last week.

The PM will warn that it would be a ‘disaster’ to hold a second referendum after her senior aides were found to have secretly discussed the plan. 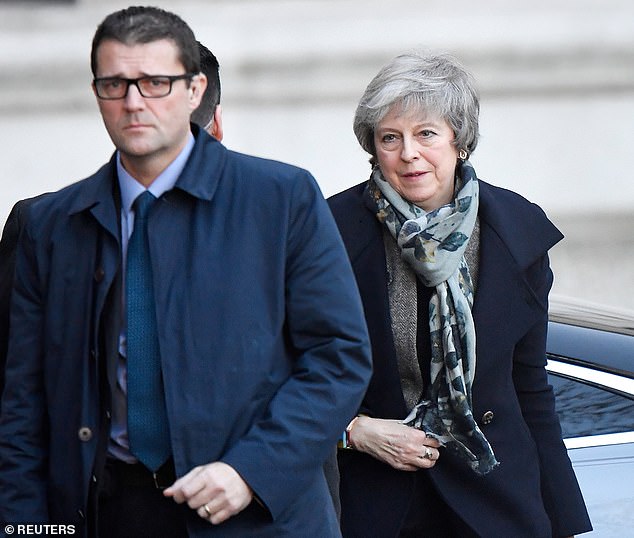 Theresa May (pictured today in Downing Street) will warn today that a second Brexit referendum would cause ‘irreparable damage’ to Britain, as she tries to defuse anger at the news that her own aides have floated the idea

Mrs May’s arch-rival Boris Johnson has echoed the message, insisting anyone backing a fresh referendum is ‘out of their minds’ and it would create ‘feelings of betrayal’ among millions of voters.

But with seemingly no hope of Mrs May’s deal making it through Parliament, Cabinet ministers breaking ranks as they squabble over what happens next.

Work and Pensions Secretary Amber Rudd today risked directly contradicting the PM by insisting ‘nothing should be off the table’ if the government’s plan is rejected by the Commons.

Business Secretary Greg Clark also backed demands for MPs to vote on a range of ‘options’.

However, the PM’s spokesman again flatly dismissed the idea of a referendum, saying: ‘We’re not having one.’