A DAREDEVIL who used a jetpack to fly through the arch at Durdle Door beach has been blasted for his “extremely dangerous” stunt.

The thrillseeker was caught on camera hovering above the sea off the Dorset coast using the “flyboarding” gadget.

He then flew straight through the 'door' of the famous landmark on Britain's UNESCO World Heritage Jurassic Coast.

The stunt was captured by a ranger for the Lulworth Estate which owns the stretch of coast.

The ranger was stood on top of the cliff and said the smell of fuel from the jet-pack was “overwhelming” and the nose of it was “deafening”.

Durdle Door has been the scene a several stunts this summer, most notably people climbing to the top of it to jump 200ft into the water.

Another tourist was seen risking his life by standing on a narrow ledge to take a selfie.

And social media influencer Alexandra Milam who was slammed for graffitiing the ancient rocks by scrawling her Instagram account handle on them during a photoshoot.

A spokesman for Lulworth Rangers said they were fed up with people abusing the historic site for social media likes.

He said: "Sadly this year we are seeing increased exploitation of our beloved site.

"From the horrific scenes of tombstoning, more and more people are using the iconic arch to make a viral sensation.

"This time a group have caused not only extreme danger, but also noise disturbance to beachgoers and fuel pollution to our pristine waters.

"Recently we've had kite-surfers with drone pilots turning up at 5am, kayakers appearing during Storm Francis and countless others climbing to the top of the arch.

"Not only does this put themselves and our emergency services at risk but it exploits the natural World Heritage Site as a playground to abuse, rather than respect. "

The spokesman added: "This summer was challenging enough, and stunts like this just make us despair as to what will happen next.

"Just because Durdle Door is there, doesn't mean you should jump off, climb up or fly through it.

"This exploitation is a sad reflection of how we value nature; a commodity to promote ourselves with no regard for the environment." 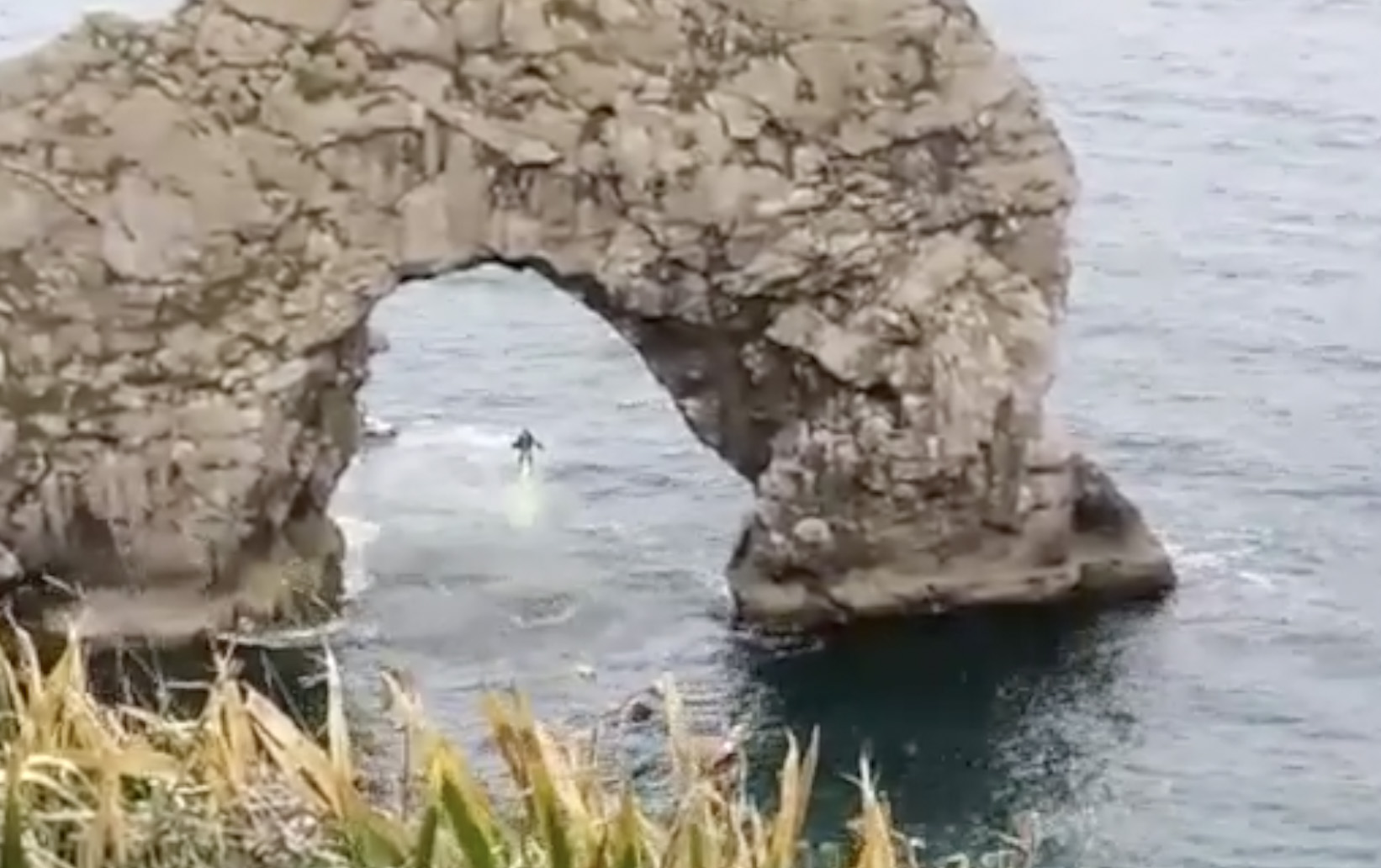 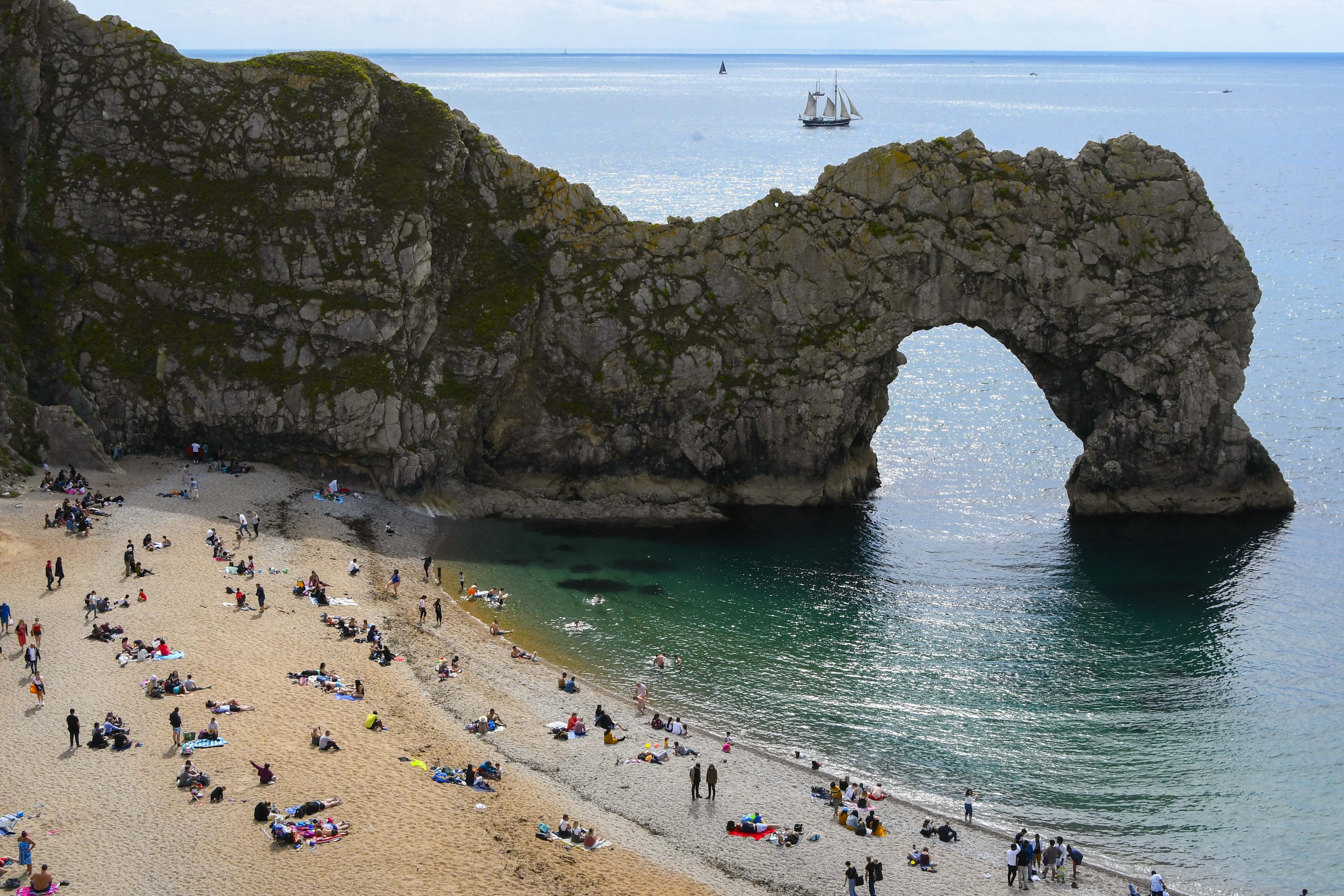