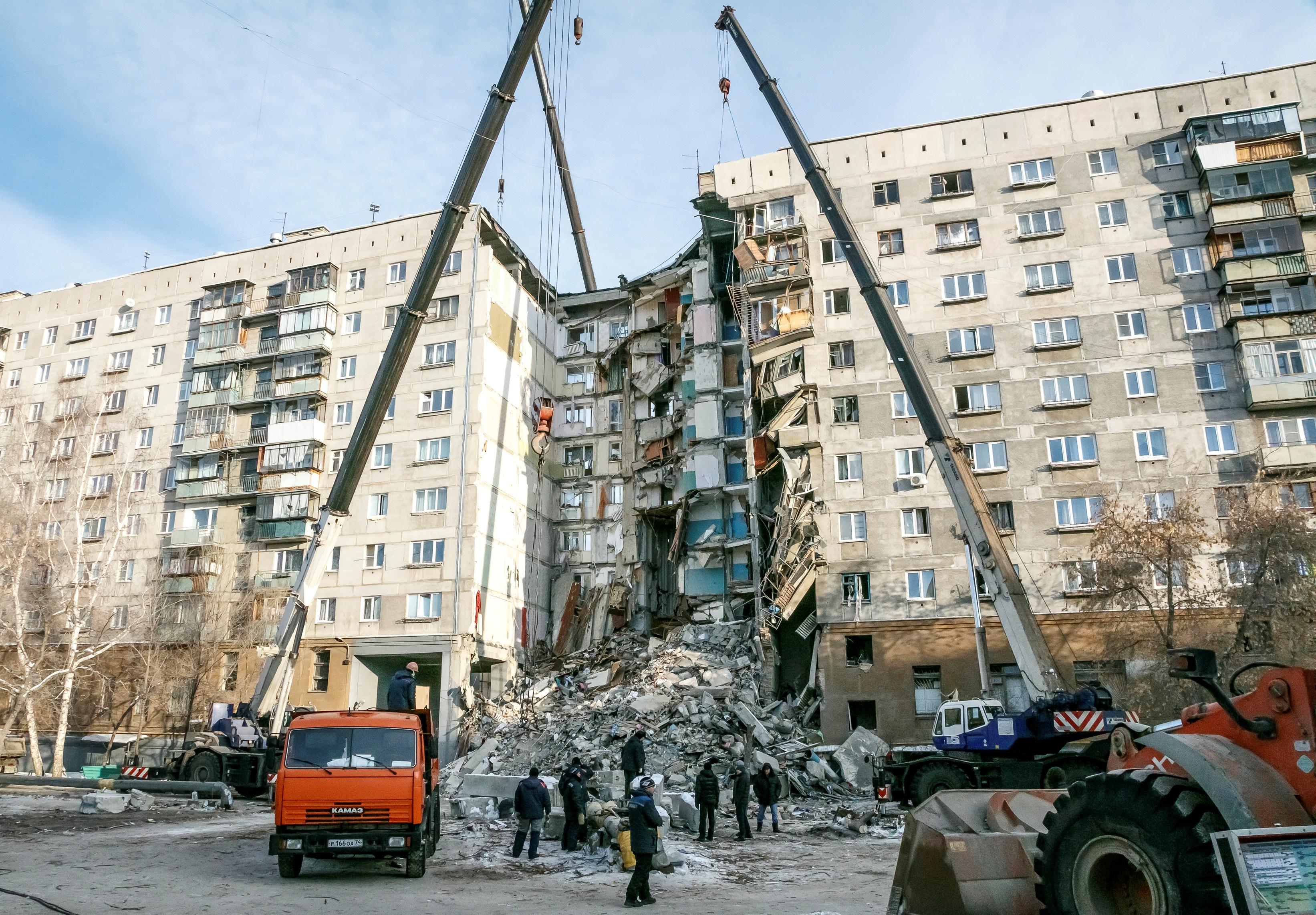 MOSCOW (Reuters) – Twenty-eight bodies have been recovered from the debris of an apartment block in Russia that partially collapsed in an apparent explosion, while 13 people remained unaccounted for, the regional emergencies ministry said on Wednesday.

The blast, initially thought to have been caused by a gas leak, damaged 48 apartments in a 10-storey building in the industrial city of Magnitogorsk in the early hours on Monday, 1,700 km (1,050 miles) east of Moscow.

A baby boy was found alive on Tuesday after 35 hours spent in freezing cold in the rubble, in what emergency officials described as a miracle.

The emergencies ministry said more than 900 people were carrying out the search and rescue operation at the site. It said six people have been rescued.

The reason behind the collapse of the apartment block is still being investigated, the Investigative Committee, which probes into major cries, said on its website.

It said no trace of explosives materials had been found so far on the site. The initial reports put a possible gas leak behind the collapse.

There have been several similar incidents in the country in recent years due to aging infrastructure and poor safety regulations about gas usage.

In a separate incident in the same street late on Tuesday, three people died when a minibus became engulfed in flames, TASS news agency reported citing the local government office.

Video footage purporting to show the incident, posted on social media sites, shows a burning vehicle and some bangs are heard. A police spokesman declined to comment when contacted by phone.