The deaths of two patients have been linked to a deadly bug outbreak at a world-renowned heart and lung transplant hospital, The Mail on Sunday can reveal.

A coroner has launched an investigation into the deaths which occurred months after apparently successful transplant surgery at the Royal Papworth Hospital in Cambridge, where surgeons performed Britain’s first successful heart transplant in 1979 and the world’s first heart, lung and liver transplant seven years later.

Karen Starling, 54, and Anne Martinez, 60, were infected with a rare bug called mycobacterium abscessus, which was discovered in the water system three months after the hospital relocated to a £200 million state-of-the-art site. 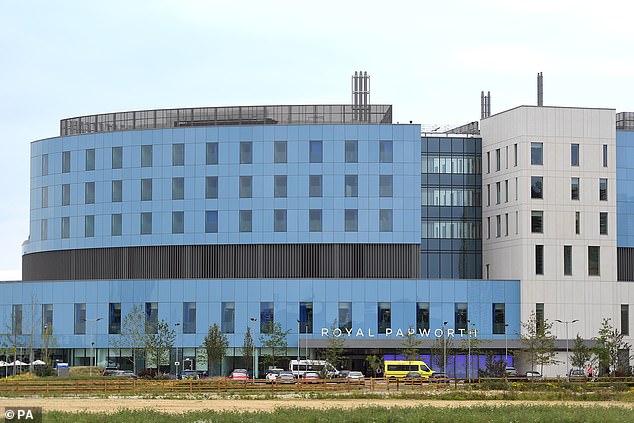 Mother-of-six Mrs Starling, from Ipswich, died in February 2020 following a double lung transplant the previous May. Lawyers for her family believe she developed pancreatitis from the powerful drugs used to treat the infection.

‘We have so many unanswered questions about how Karen contracted the bug and whether anything could have been done to prevent her illness,’ a relative said.

Primary school teacher Mrs Martinez, from Borehamwood in Hertfordshire, died in December 2020 after a double lung transplant earlier that year.

Friend Helen Wolfson said: ‘Anne was a lovely person. I was speaking to her only a month before she died. She was in hospital and we were on the phone. She was telling me she had got this bug they were treating her for.’

The outbreak was discovered in August 2019, three months after the new Papworth site opened. A ‘serious incident’ was declared by the NHS Trust but the hospital decided to continue with operations. A total of 21 patients were infected – five of whom had received transplants.

One of the five claims he was not informed about the infected water supply.

Mycobacterium abscessus is found in soil, dust, tap water and shower heads. While usually harmless to those in good health, it is dangerous for those with severe lung disease or weakened immune systems.

A double inquest into the deaths of Mrs Starling and Mrs Martinez is due to be held later this year.

Royal Papworth Hospital NHS Foundation Trust said: ‘We offer our sincere condolences to these families. As part of our extensive investigations, we have put multiple measures in place to maintain safety of the water for patients who may be susceptible to this bacteria.’