Deep divisions over what Hong Kong bill will do to rights 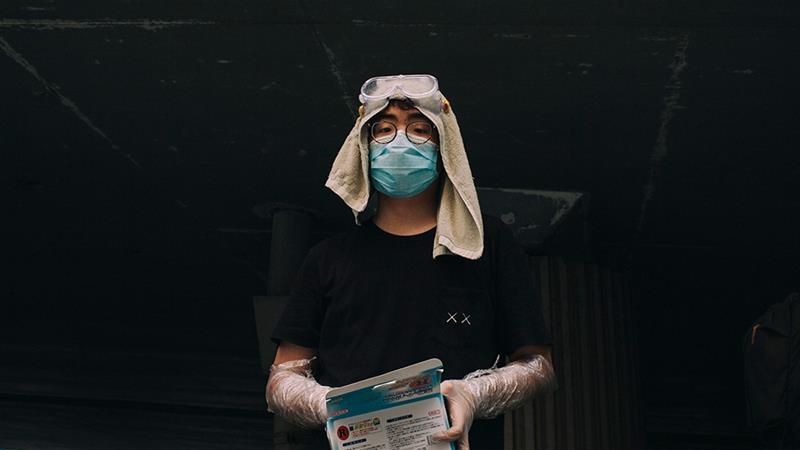 Hong Kong, China – Hong Kong’s controversial extradition bill continues to divide people in the territory with protesters concerned it will weaken rights, and legislators vowing to push ahead despite popular discontent.

Chief Executive Carrie Lam has said she wants the legislation passed before the end of the month, despite marches that brought hundreds of thousands of people into the streets and descended into violence delaying debate on the bill.

The bill’s critics are equally determined and The Civil Human Rights Front, which organised last week’s rally, has requested a permit for a second mass demonstration this Sunday. A strike is planned for Monday.

“I believe that the power of the people still applies,” a university student named Amy, who preferred that only her first name was used, told Al Jazeera. “We still have hope, that is why we are still here. Carrie Lam is determined, but we are also determined, so let’s see.”

The controversial bill would amend current legislation to allow China to extradite Hong Kong residents to the Chinese mainland to be tried for some offences.

Opponents fear it will undermine the autonomy that was guaranteed to the territory under the formula of “one country, two systems”.

The administration insists the changes are necessary to close a “legal loophole”, citing the territory’s inability to extradite a Hong Kong national to Taiwan, a self-ruled island that China claims as its own, where he is wanted for murder.

A main point of contention, according to Phillip Dykes, chairman of the Hong Kong Bar Association, “is with the concern that people have – that if returned to the mainland, they will be entering into a judicial system that has been described as capricious, opaque and liable to manipulation,” he said.

“People in Hong Kong, more than anywhere else, should know whether that is true or not. Many people here have come from the mainland to Hong Kong and they’ve had direct experiences with this or they know someone who has.”

Lam says the proposals have been modified to safeguard human rights, but Ted Hui, a member of the Legislative Council (Legco), Hong Kong’s parliament, says that pro-democracy legislators like him have not been able to add key amendments intended to reinforce human rights protections.

Members from pro-democratic parties hold most of the directly elected seats in Hong Kong’s Legco, but as Beijing has tightened control over the territory’s election process, pro-democracy politicians have been barred from office, and the council has begun to lean towards Beijing.

Hui, who attended the protests, says that this shift is one of the reasons he and other pro-democratic legislators have turned directly to the people of Hong Kong.

Of the 70 seats in Hong Kong’s Legislative Council, half are directly elected. The rest are so-called “functional constituency” seats, which are chosen by a specially-selected group of people who are meant to represent the territory’s major economic, social and professional groups. Most of them back Beijing. 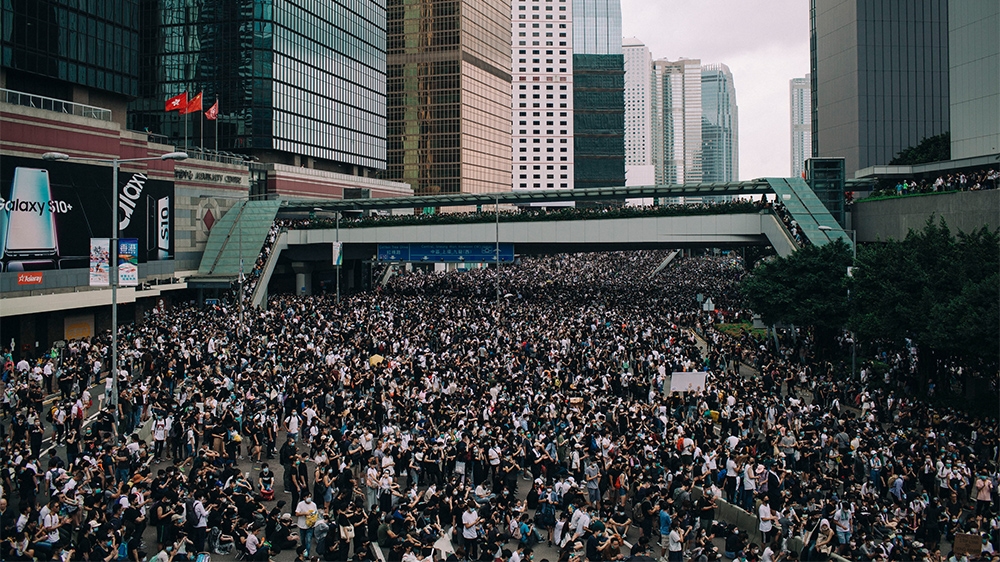 Since the 2016 elections, six elected pro-democracy members have been disqualified because they tried to change the oath of office.

‘I am not optimistic’

Lam, a political insider with a 35-year career in government, was chosen by a separate Election Committee. It includes nearly 1,200 people, but can only appoint candidates who have been pre-approved by Beijing.

“We really depend on the people to speak up,” Hui told Al Jazeera.

“I am not optimistic that in our legislature, that anything we do will be useful. We depend on the people and the international community.”

Pro-Beijing Legco members have stressed that countries like Spain and France have extradition treaties with China, in an effort to reassure people that the bill will not degrade the state of human rights in Hong Kong.

One pro-China group, wich calls itself Safeguard Hong Kong, has been circulating a petition in support of the bill. The group’s website said it had more than 900,000 signatures on Friday morning.

Dykes says comparisons with other extradition laws are invalid because China clearly has the upper hand over Hong Kong, which is a special administrative region within China rather than a country in its own right.

“Unlike true extradition, from nation to nation, there is an asymmetrical relationship here,” Dykes told Al Jazeera. “Though cases will be scrutinised by the courts, the ultimate decision is whether the chief executive will comply and people have very little confidence that she [Carrie Lam] will stand up to Beijing.”

While the proposals might not have an immediate effect on the average resident, Dykes says the changes would have “a chilling ripple effect as mainland law leaches into Hong Kong” noting recent incidents including the decision to revoke the visa of veteran British correspondent Victor Mallett, the disqualification of elected officials, and the disappearance of five local booksellers who were known for publishing works critical of China’s leaders.

Beyond the concerns about the legal changes, protesters are also uneasy about a deeper issue.

Many worry that Hong Kong is being absorbed into China – losing the characteristics that make it unique among Chinese cities. 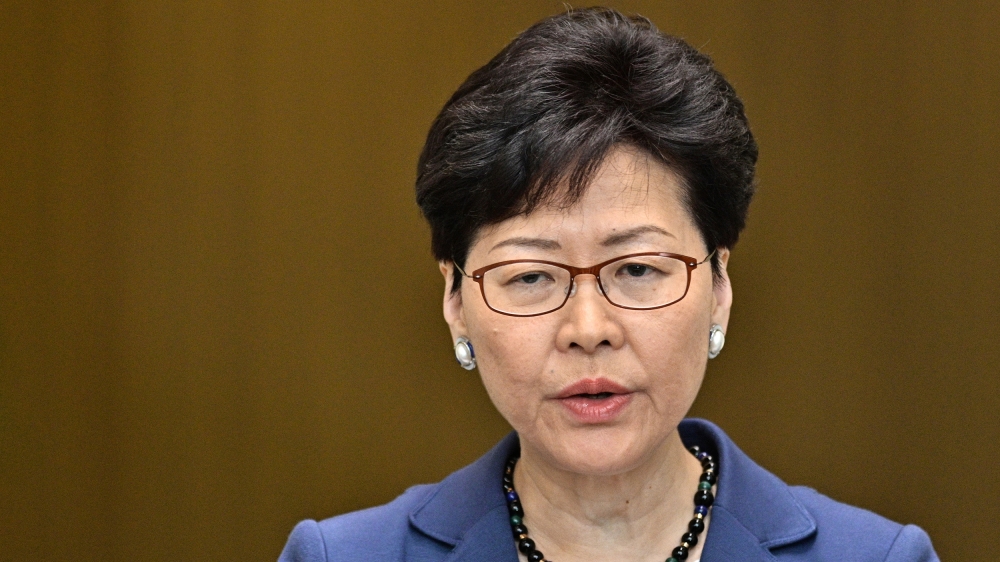 Under the handover agreement with the United Kingdom, “one country, two systems” was supposed to last until 2047, but some fear the extradition bill is a threat to the way of life in Hong Kong.

“Just look at how they treated our Nobel Peace winner Liu Xiaobo,” legislator Claudia Mo told Al Jazeera, referring to the Chinese writer and activist whose years-long commitment to human rights and democracy won him the international prize in 2010.

Liu had been in jail for a year at the time he was awarded the prize and died of liver cancer while still in custody in July 2017.

“We will lose the freedom to speak our minds without fear,” she said.

While the makeshift barricades of metal fences and plastic barriers surrounding the government complex and Legco have been dismantled, the mood in Hong Kong remains tense.

The government has deemed the protests a “riot” – a view shared in China.

The protesters remain undeterred. Young people distributed protective goggles and masks and wrapped their bare arms in plastic film to protect themselves from tear gas on Wednesday. Many wore hard hats and carried umbrellas.

One young protester, dressed in black from head to toe and wearing a mask, said that he wanted to protest while he still could.

“We are one country, two systems but this policy will combine our systems into one,” Andrew Chow told Al Jazeera.

“When we show up here like we did on the 9th and the government won’t listen to one million of us, it is clear we will need to fight for ourselves and not just listen to the government or our choices will be made only by them, not by us.” 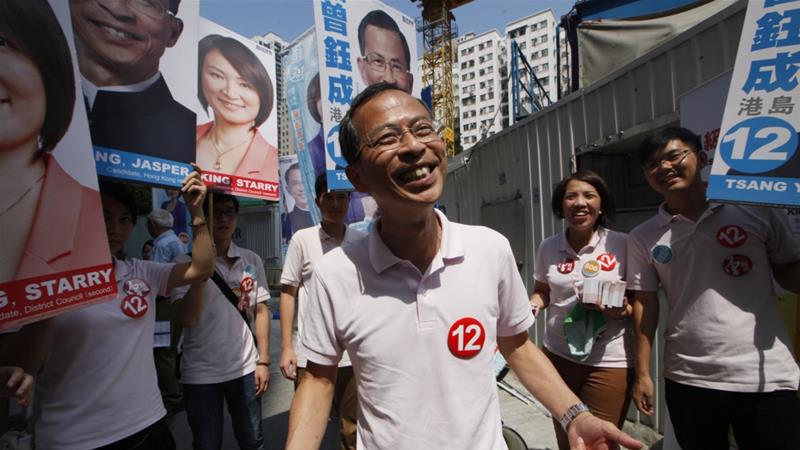 Tsang Yok-sing on the rift between China and Hong Kong