How to defy the decades like Jen an Courteney

How to defy the decades like Jen an Courteney: Experts reveal the £30,000-a-year aesthetic treatments which could be used by the Hollywood stars 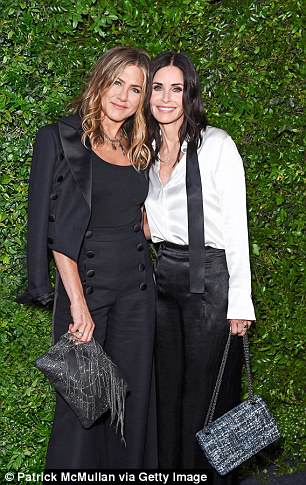 Age, it would appear, cannot wither A-list actresses Courteney Cox and Jennifer Aniston, famous for their roles as Monica Geller and Rachel Green in hit 1990s US sitcom Friends.

Both Jennifer, 49, and Courteney, 53, have been open about the hard work that goes into their appearance, not least their reliance on medical intervention.

We asked experts about the science behind their youthful looks – and how you could do the same (if you can spare £30,000 a year)…

The problem: Dentist Dr Hanel Nathwani says: ‘As we age, our teeth suffer medial drift – this means they move inwards and backwards, which can make for a narrower smile with dark corners. Gums also recede, leaving dark gaps at the tops of teeth.’

Fellow dentist Uchenna Okoye adds: ‘Staining gets darker and if you get cracks in teeth they then absorb stains.’

The Hollywood fix: Their teeth brightness may be due to regular whitening – Jennifer has spoken about having moulds done of her teeth, which might be for the treatment. They also have wide, even smiles with no crowding, so moulds could be preparation for Invisalign transparent braces. Courteney has said she ‘loves’ seeing celebrity dentist Marc Lowenberg, who specialises in widening and brightening smiles.

Expert verdict: Dr Nathwani says: ‘Their teeth are too perfect to be natural. I believe both have had invisible plastic braces, which is why there are no dark corners.’

The problem: Plastic surgeon Angelica Kavouni says: ‘By the time a woman reaches 50, I expect to see the skin around eyes become lax.’ Oculoplastic surgeon and cosmetic doctor Maryam Zamani adds: ‘How your eyes age depends on their shape. If you have plenty of eyelid on show then you are likely to have hollow or sunken eyes as you age.’

The Hollywood fix: In 2015, Jennifer said: ‘I love lasers and Thermage and Ultherapy.’ The latter uses ultrasound to tighten the muscle layer on the face. In 2016 she declared the Clear and Brilliant laser, which treats wrinkles, to be ‘a great refresher’.

Cosmetic doctor Rita Rakus says Thermage is ‘safe, non-invasive and clinically proven to tighten skin, stimulate and renew collagen without downtime’. Jennifer has never confirmed having Botox. While Courteney has admitted trying it, she says she regrets the frozen look it gave her.

Expert verdict: Dr Zamani says: ‘Both women have aged differently because they have different eye shapes. In 1994, Jennifer had full upper lids. I find it hard to believe she could look the same 24 years on without having an upper- eye lift. Courteney did not have hooded eyelids so I would say her eyes would naturally age by looking more sunken.’

Cosmetic doctor David Jack is sceptical about their Botox claims: ‘Jennifer does have forehead lines, and they both have some lines around their eyes, but it appears they have had a touch of Botox.’ 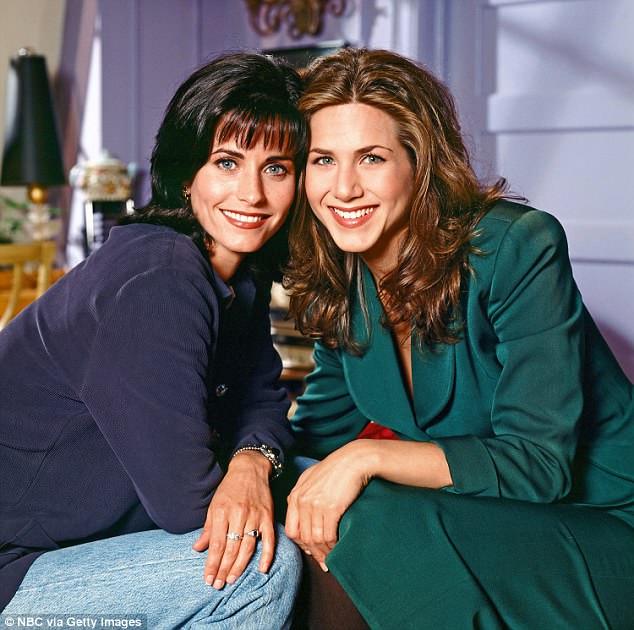 Both Jennifer, 49, and Courteney, 53, have been open about the hard work that goes into their appearance, not least their reliance on medical intervention

The problem: Dr Paul Charleson, president of the British College of Aesthetic Medicine, says: ‘Women lose 40 per cent of fat in their cheeks by 40 and also experience bone loss, making the face shrink and the skin sag.’

Dr Zamani adds: ‘Young women normally have a single smooth curve from the lower lid over the cheek. With age, you often see this area become more uneven, with a hollow forming above the cheek and below the lower lid.’

The Hollywood fix: In 2017, Courteney said she had her fillers dissolved. Jennifer has never confirmed she has used fillers.

Expert verdict: Dr Zamani says: ‘Jennifer has a fuller face than Courteney and a smoother curve from lower lid to cheek because she has naturally rounder cheeks. She’s also likely to have had hyaluronic acid fillers or fat transfer. Courteney has dialled down her fillers and looks better for it.’

The problem: With age, skin around the mouth sinks back, the septum becomes longer and the nose tip starts to dip downwards.

The Hollywood fix: Jennifer has had two nose jobs. The first, to straighten a deviated septum, was performed in the 1990s.

The second, in 2007, according to her representatives, was to correct surgery ‘incorrectly done over 12 years ago’.

Expert verdict: Angelica Kavouni says: ‘Jennifer’s rhinoplasties have been well done. The second seems to have narrowed the tip of her nose in a pretty, subtle way that is youthful. I would say Courteney hasn’t had any nose surgery.’

The Hollywood fix: Jennifer’s skincare staple is SPF50 sunscreen by Aveeno. She’s a fan of a simple skincare routine, saying: ‘I wash my face with Neutrogena face soap. I use a serum and then Dr Hauschka day cream.’

In 2016, she praised CACI microcurrent facials, which tone skin, and at-home red LED light treatments. Courteney uses a Clarisonic face brush and has weekly facials with facialist Mila Moursi. She uses Mila Moursi skincare including a peptide-based serum and a Vitamin C product.

In 2012, Jennifer admitted she was ‘obsessed with lasers’. In 2015, Courteney said: ‘I just did Ulthera [the US name for Ultherapy], which is supposed to produce collagen, and I’m about to do Fraxel, which will get rid of brown spots on my arms, chest and face.’

Expert verdict: Dr Jack says: ‘They have small wrinkles around the eyes, which look natural but they seem to have small pores and a smooth texture. I’d say Courteney has had less sun than Jennifer.’ 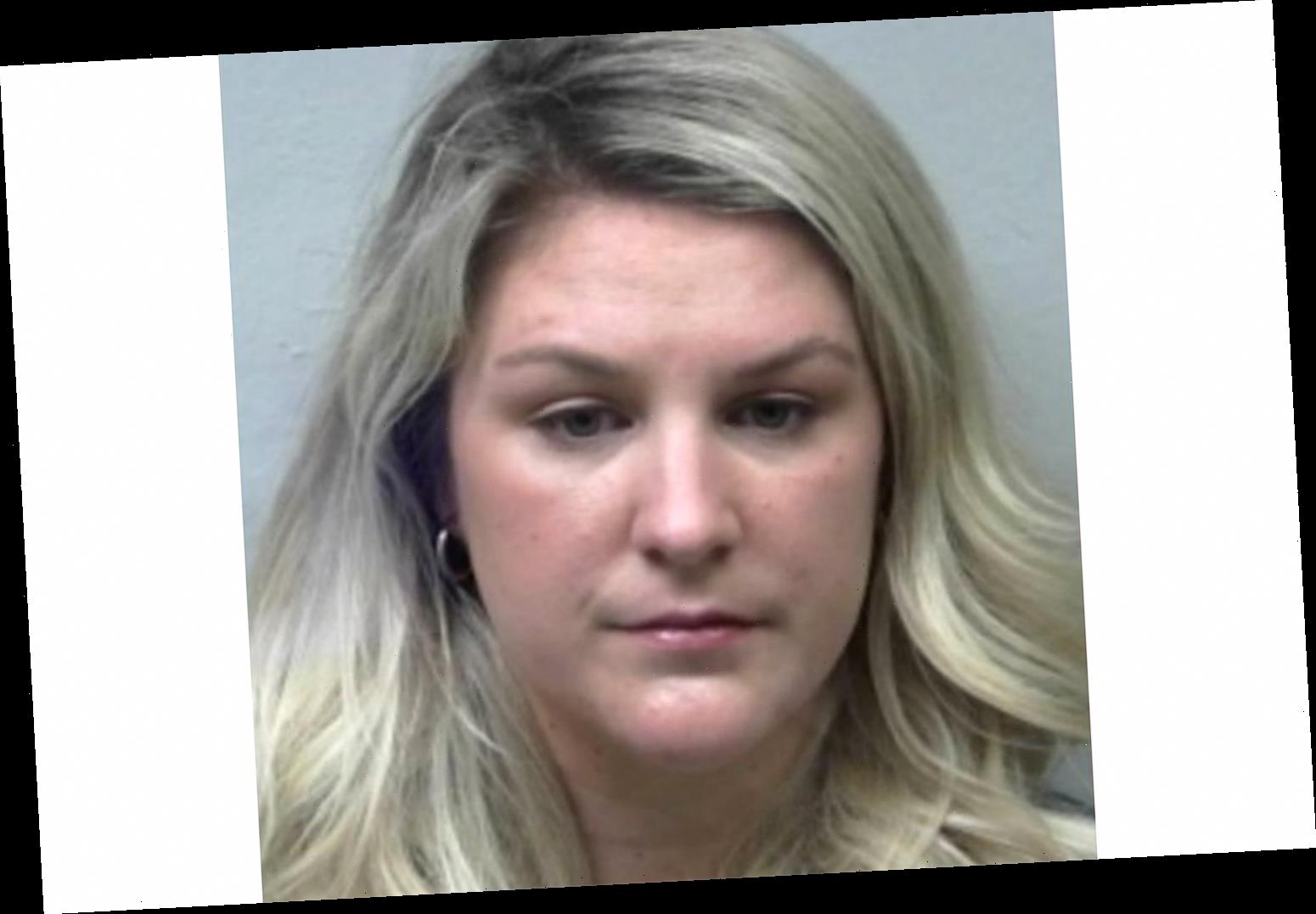