A spokesperson for the Arizona senator rubbished the "false story," which first emerged in the National File, a website which has been previously called out for spreading misinformation. 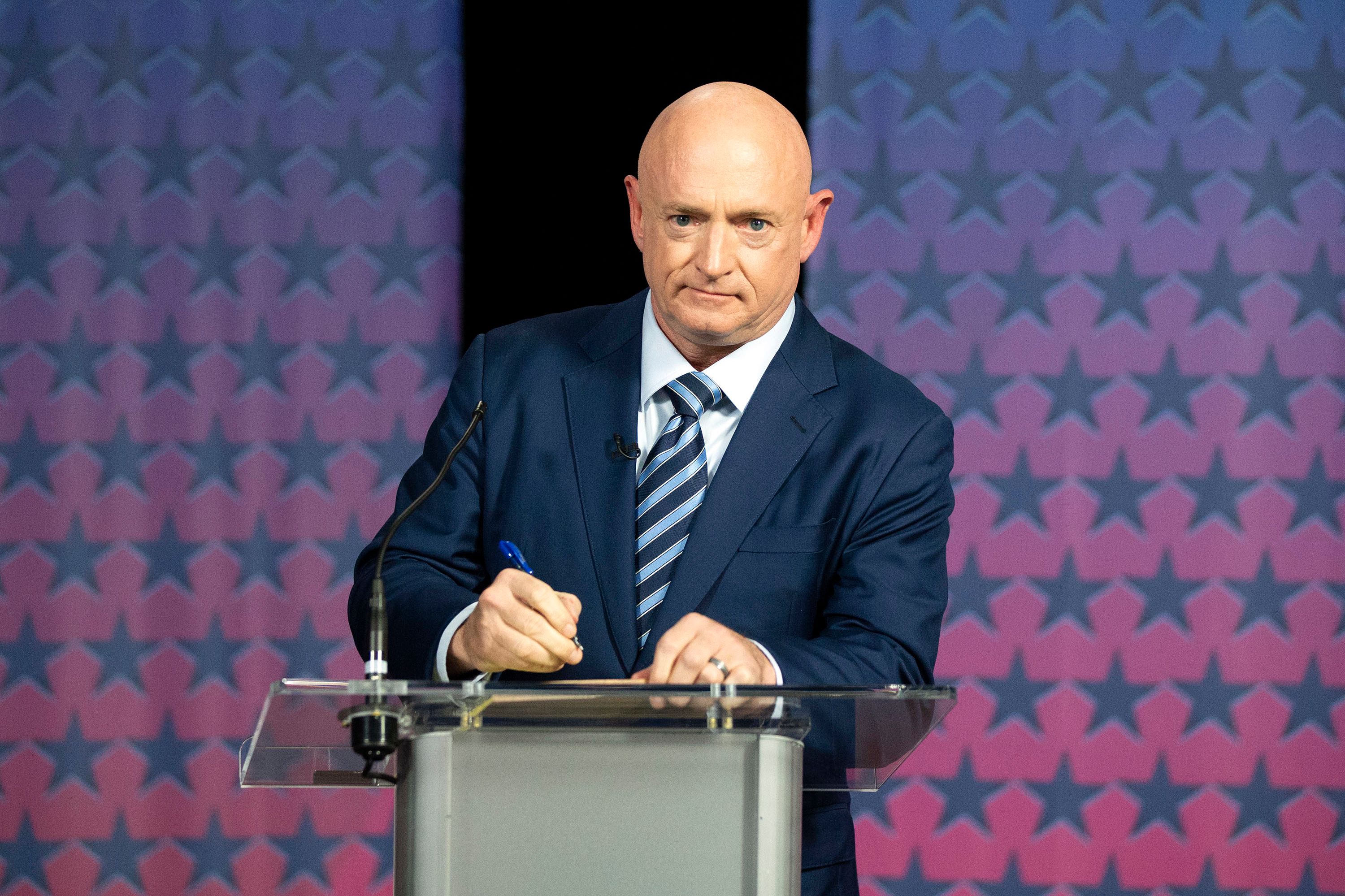 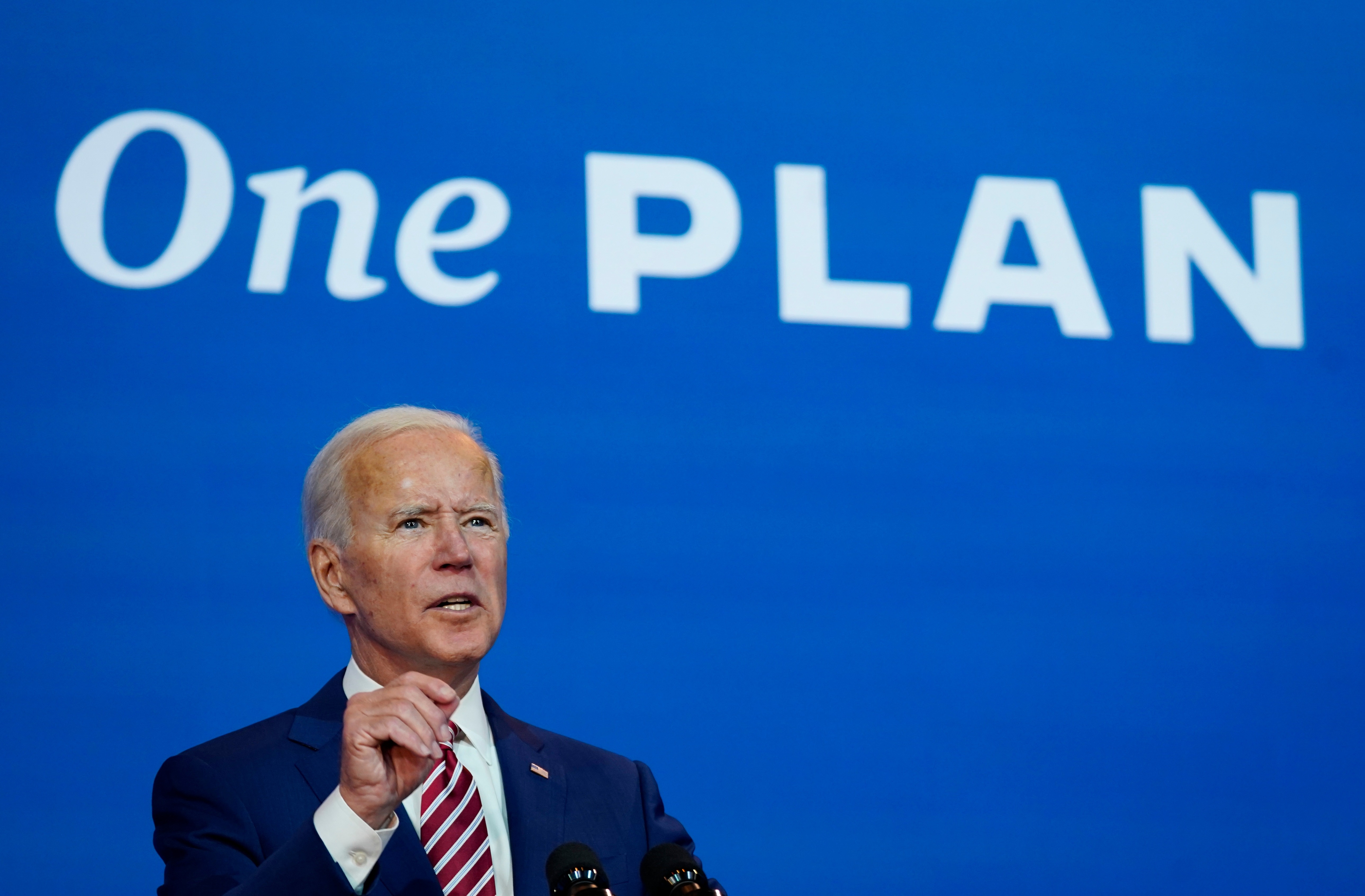 “These aren’t pictures of Mark, and he never dressed up in such a costume,” Jen Cox, Kelly's campaign manager, told Arizona Republic.

“The story is false and should be retracted immediately, and those who have spread this misinformation online should delete it.

"Anyone using it to try to smear a combat veteran should be ashamed of themselves.”

As well as his role as a senator, Captain Kelly is a US Navy combat veteran and a retired NASA astronaut.

He's leading in the polls over Republican incumbent Martha McSally in a race that could decide the control of the Senate – and hoping to deliver Arizona’s electoral college votes for Joe Biden. 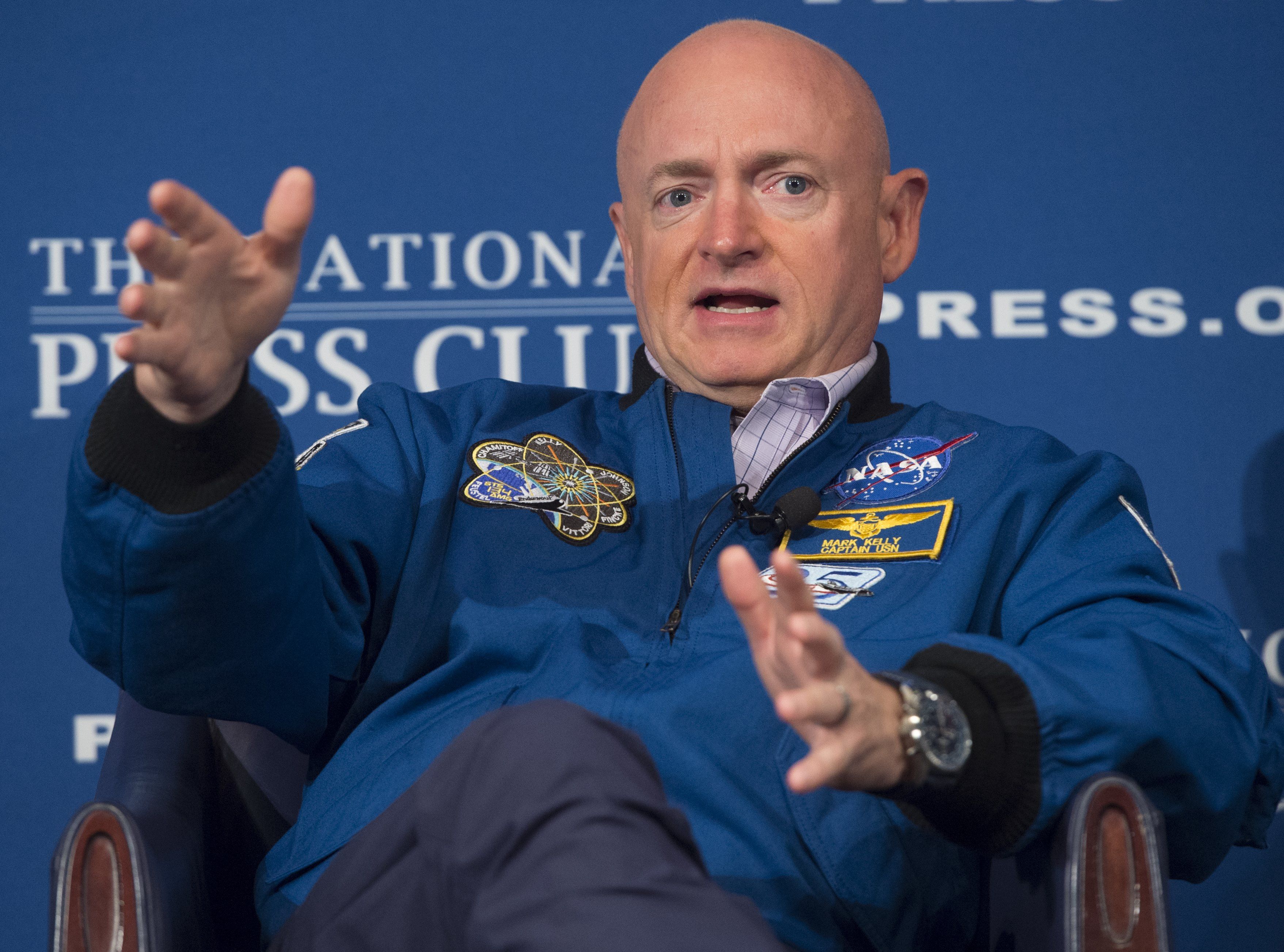 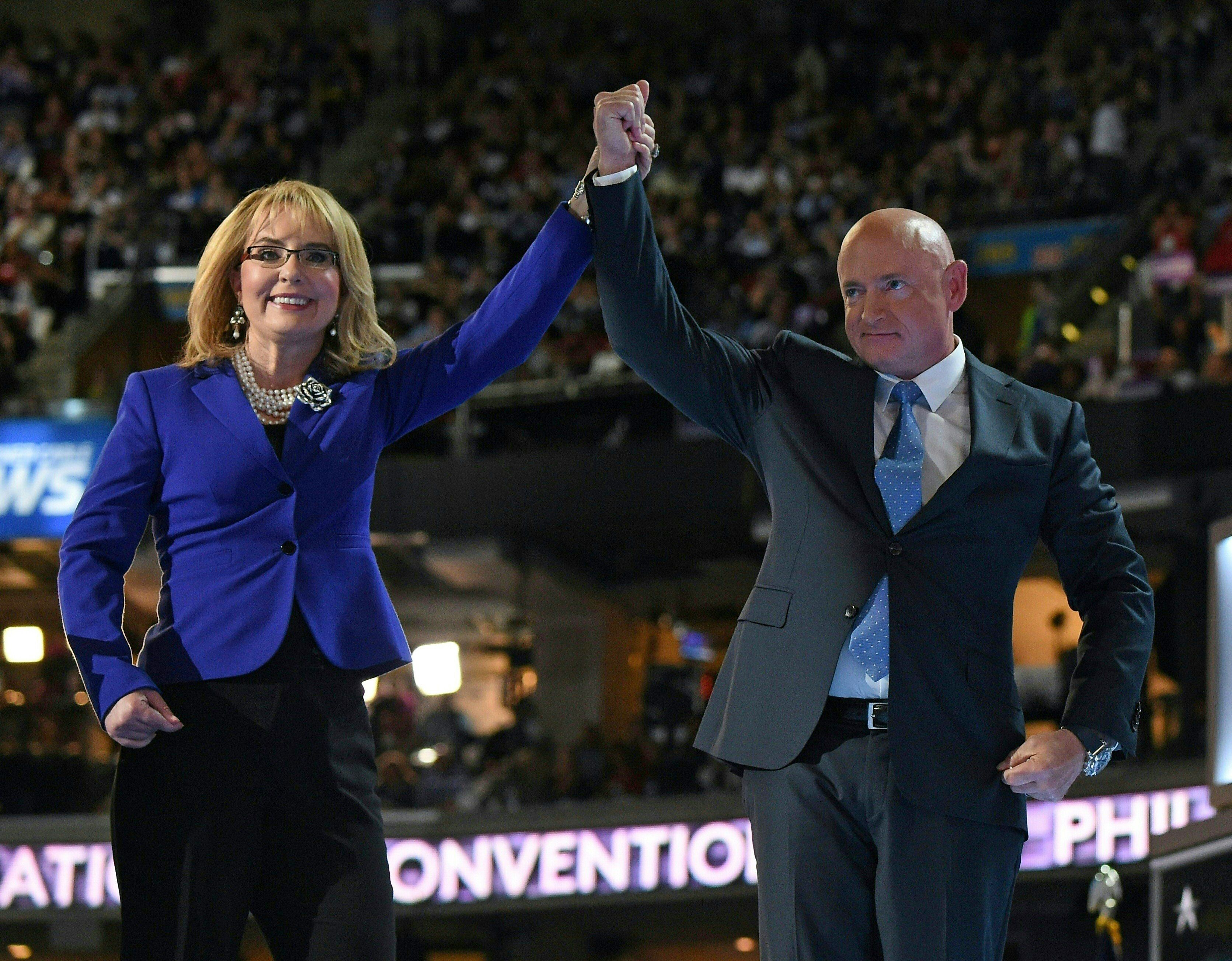 The Arizona Republic also reported that three of Kelly’s classmates confirmed his denial that the person in the controversial picture is not him.

“I was the First Rotation Regimental Commander," said Kelly’s roommate at the Merchant Marine Academy, Mark Baden. "These photos are absolutely not Mark Kelly, and anyone saying that is lying.”

His former classmate Jennifer Boykin agreed: “I attended the Merchant Marine Academy with Mark. I attended this event. This is not Mark in any of these photos.”

Ed McDonald, another of Kelly's classmate, said: “I attended the Merchant Marine Academy with Mark. I attended this event as well and am in this photo. 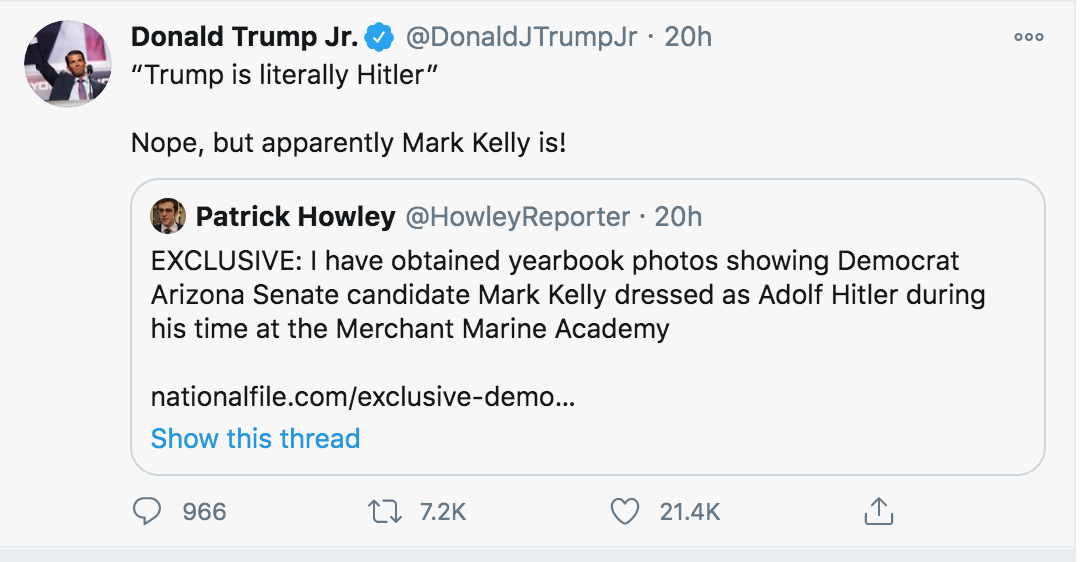 "This is a group from 2nd Company. Mark was not in 2nd Company, and that is not him in these photos.”

The identity of the person wearing a Hitler costume has yet to be confirmed.

The National File reporter claimed they had obtained a photo of Kelly "dressed as Nazi dictator Adolf Hitler for a Halloween party while attending the Merchant Marine Academy."

"He killed gays and political prisoners and handicapped people – how is this appropriate." 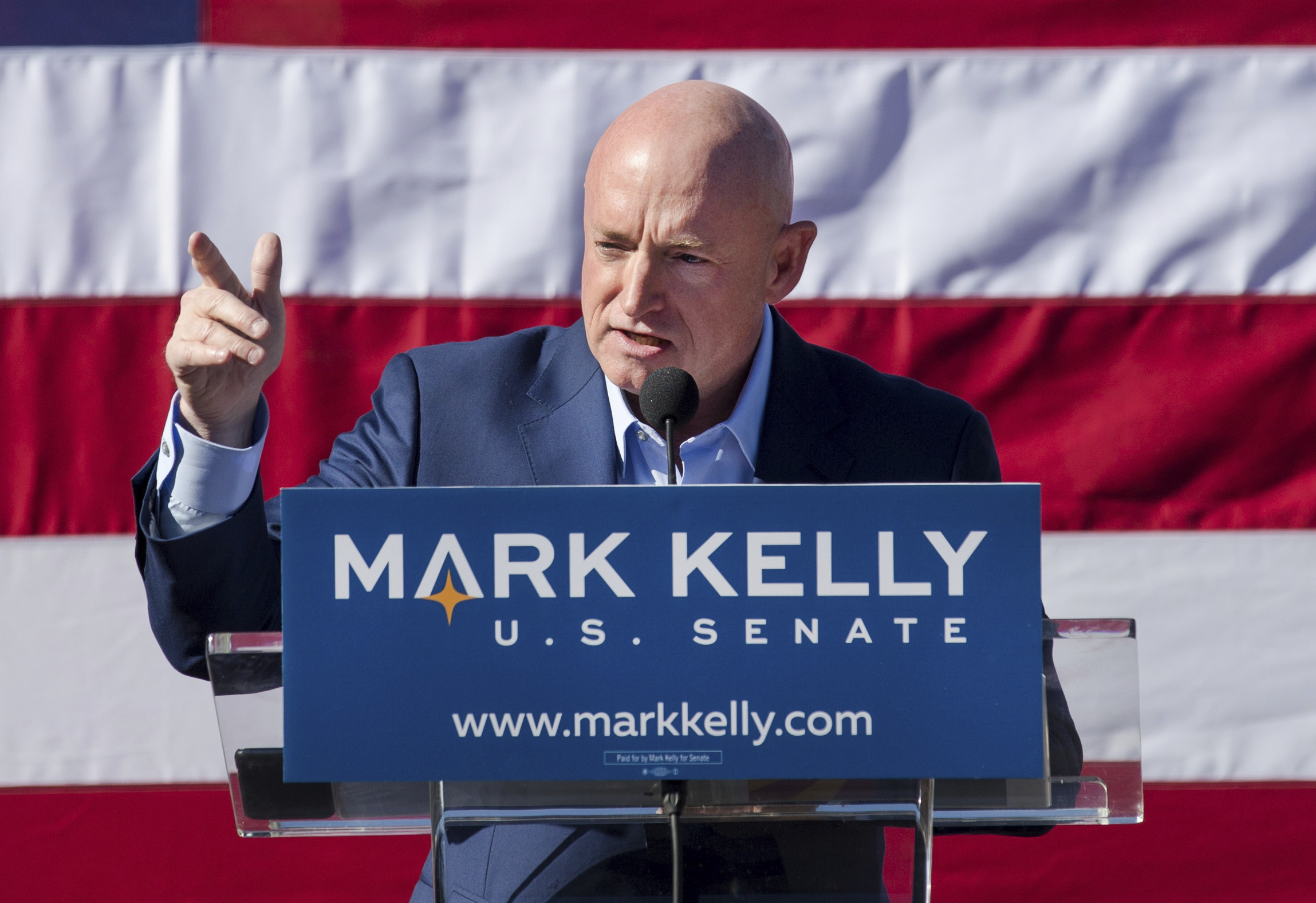