WASHINGTON/SAN FRANCISCO (Reuters) – When Arturo Balbino, a Texas construction worker, walked into his visa interview at the American consulate in the northern Mexican border town of Ciudad Juarez in March, he wasn’t nervous. He felt good. 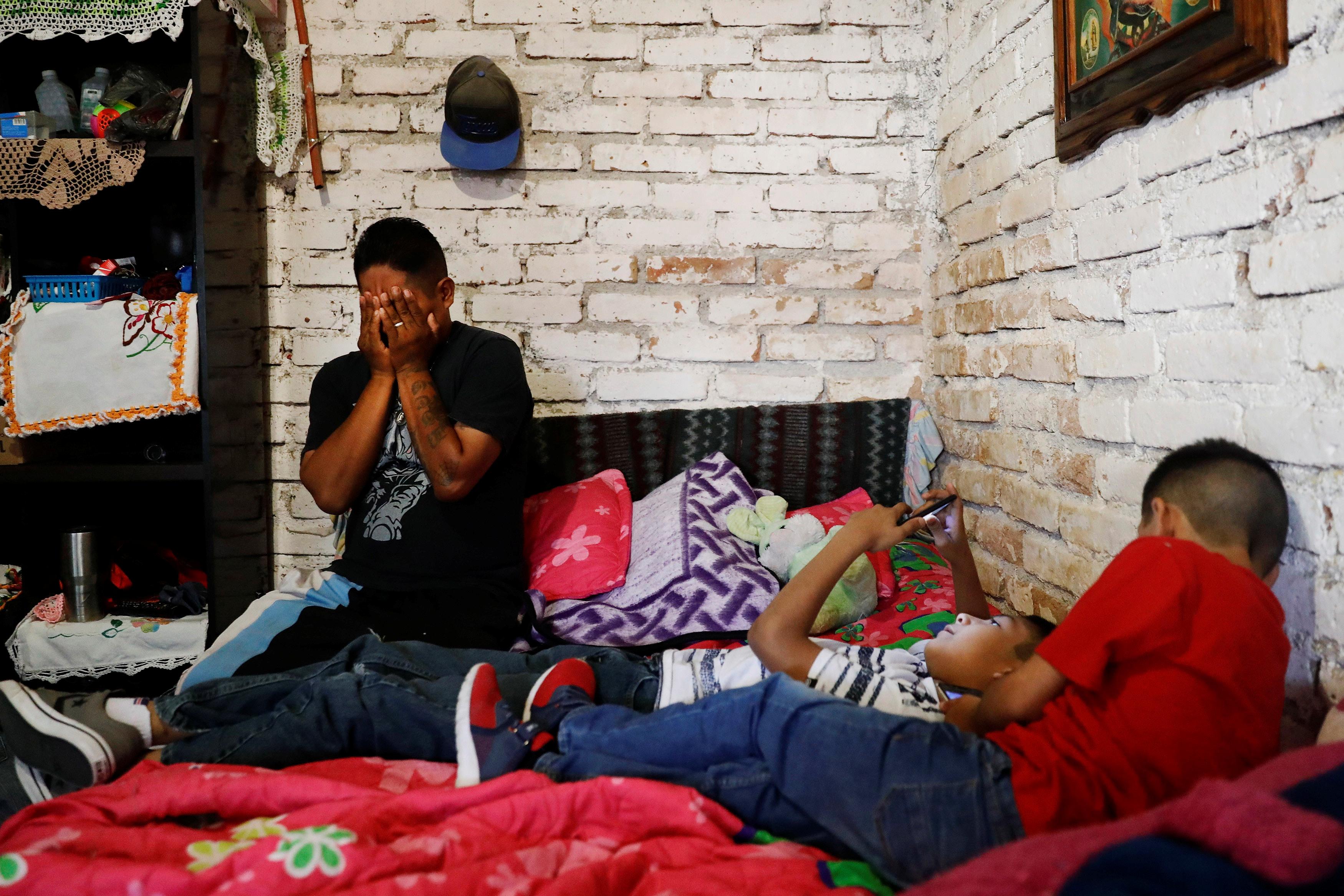 Balbino, a 33-year-old Mexican national who had entered the United States illegally 14 years ago, thought he had a strong case for a spousal visa: a wife and children who are U.S. citizens, a father-in-law who had pledged in an affidavit to financially support him if necessary, and a letter from his employer guaranteeing him an $18-per-hour job upon his return.

When he went for the interview, he was at the final step of legalizing his status, which would, he hoped, pave the way for a more stable life for himself and his family.

Instead, the consular officer denied his application on the grounds that he could become a drain on U.S. taxpayers by requiring government financial assistance, according to documents reviewed by Reuters.

That decision stranded Balbino in Mexico indefinitely and upended his family’s life.

More and more aspiring immigrants – especially Mexicans – are being denied visas based on determinations by the U.S. State Department that they might become “public charges,” dependent on the government for support, according to official data and interviews with attorneys, immigrants and their family members.

Lawyers for some immigrants say consular officers are denying visas even when applicants fulfill legal requirements to prove they will be financially independent.

The refusals, capping an often complex and lengthy application process, can trap people for months or longer outside the United States, separated from American spouses and children, as they renew their efforts to legally return. Some may never be able to go back.

One reason for the rise in refusals are little-known changes last year in the State Department’s foreign affairs manual that gave diplomats wider discretion in deciding visa denials on public-charge grounds.

The changes occurred in January 2018 as the Department of Homeland Security was preparing a separate, highly controversial proposal to restrict immigration on public-charge grounds. The regulation, officially proposed in October, received more than 200,000 public comments, which will likely take months longer to fully evaluate.

Some critics say the State Department is using a back door, tightening immigration policy without going through a similarly high-profile rulemaking process.

“The State Department is trying to bypass public comment and implement changes to public-charge (policy) all on its own,” said Charles Wheeler, an attorney with the Catholic Legal Immigration Network. “These changes are already having a terrible effect on people.”

The State Department declined to comment, citing pending litigation over the manual changes.

In the lawsuit in a Maryland federal court, the government rejected accusations that the manual changes are motivated by any antipathy toward immigrants and argued that such “guidance” is not subject to court review or laws requiring public comment.

The guidance, government lawyers wrote in a February court filing, is neutral and implements a long-standing U.S. law meant to exclude immigrants who are likely to become burdens on the United States.

The government acknowledged in the filing that the guidance “could potentially lead” to more frequent public-charge denials.

The changes to the manual are not the only reason for the increase in refusals of immigrant visa applications on public-charge grounds. Those have risen since 2015, when fewer than 900 were issued, according to government data.

But after the manual changes in January 2018, the refusals shot up. In the 2018 fiscal year, which ended in September, nearly 13,500 immigrant visa applications were refused on public-charge grounds – quadruple the number in the previous fiscal year and the highest total since 2004.

Although the State Department does not release visa refusal data by nationality or consulate, immigration lawyers said public-charge enforcement is particularly rigorous at the U.S. consulate in Ciudad Juarez, where all Mexican immigrant visa applications are processed.

Mexicans received 11 percent fewer immigrant visas in fiscal year 2018 compared to 2017. That compares to a 4.6 percent overall decline in such visas to people of all nationalities during that period.

Previously, the State Department typically considered an “affidavit of support,” signed by an American citizen or permanent resident offering to act as a sponsor of the immigrant, sufficient evidence that the person would not become a government burden, immigration lawyers said.

To qualify as a sponsor, a person must make at least 125 percent of the U.S. poverty level for that person’s household size. According to the affidavit from Balbino’s father-in-law, seen by Reuters, he made almost $90,000 a year – tens of thousands of dollars more than the government requires for a household of his size.

Now, according to the manual, the affidavit is just one factor among many. Consular officers are also now allowed to consider past or current use of public benefits – including health and nutrition services. And that includes use by an immigrant’s family, even if they are citizens.

Under the previous version of the manual, consular officials were not permitted to consider the use of non-cash benefits.

Balbino’s children’s use of the Medicaid program for low-income households and food stamps was an issue that came up in his visa interview, along with questions about his father-in-law’s commitment to supporting him, Balbino said.

Public-charge denials can be particularly devastating for people like Balbino, who entered the United States illegally, built lives and have an opportunity to legalize their status through marriage.

It’s a complex process, but one many immigrants like Balbino are willing to complete. U.S. law requires people who have been present in the United States illegally for longer than six months to leave and remain abroad for several years before attempting to re-enter.

But visa applicants can ask for waivers that allow them to return more quickly. Balbino obtained such a waiver in 2017. Once a visa is refused on public-charge grounds, however, such waivers are revoked, trapping the person outside the country for months or years.

With Balbino’s waiver now revoked, his wife, Darlene, is considering moving with her children to Balbino’s hometown in the Mexican state of Guanajuato. She doesn’t work and is struggling to pay the bills.

Because the family is so strapped, two of the five children, aged 6 and 10, have already been sent to live with Balbino – a move they are finding difficult. “They’ve spent their whole life in the United States,” Balbino said in an interview. “They don’t speak much Spanish.” 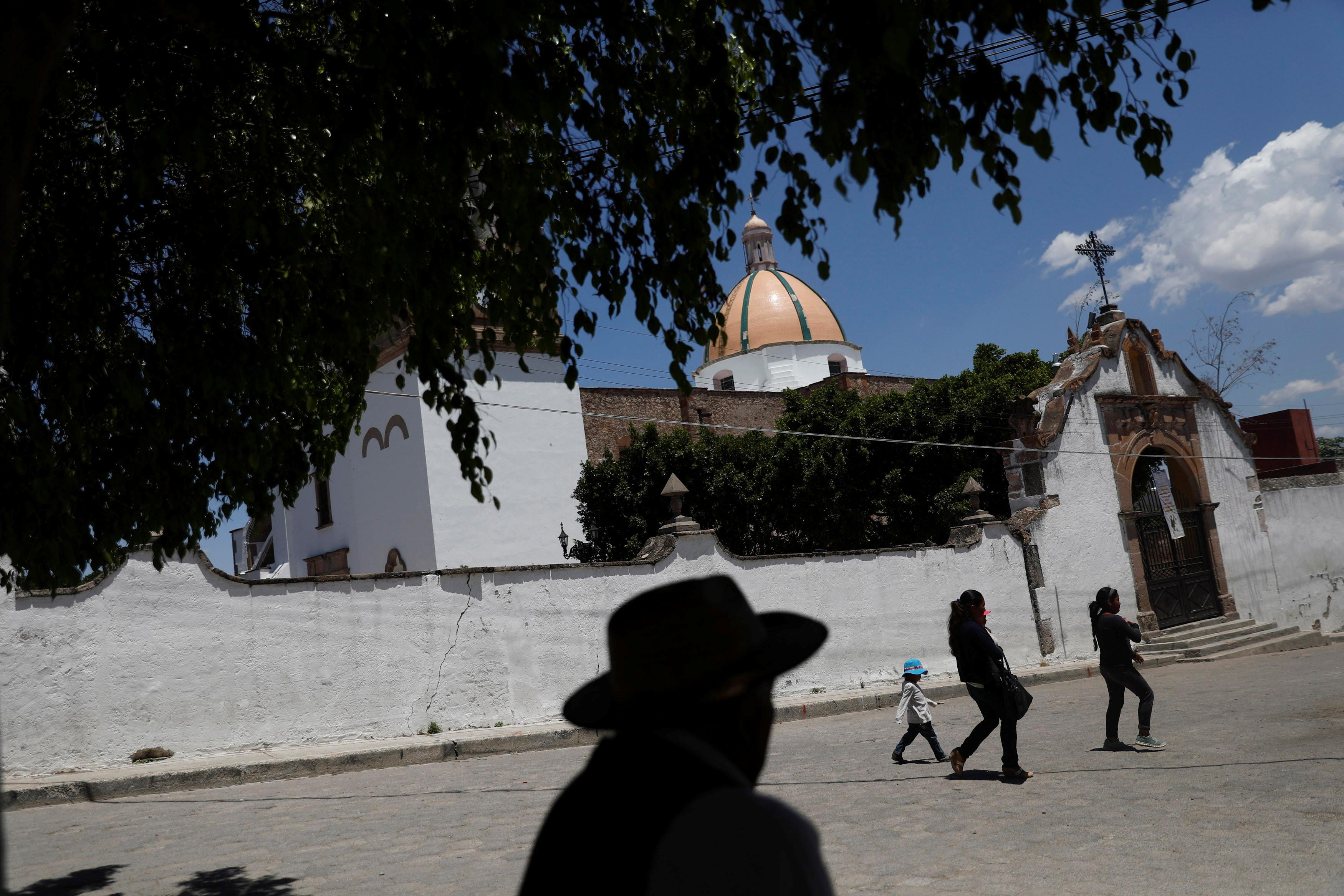 The 6-year-old boy had been receiving therapy for a speech impediment at his Texas school, but after the move to Mexico his speech has started to regress, said Darlene Balbino, who is still in Texas with her two older daughters and a toddler while she figures out what to do next.

Her husband is contemplating the possibility that the family will be apart for years.

“At times I want to think that everything will be okay and I’ll be able to be with my family again,” Arturo Balbino said. “It’s very difficult to think that I won’t be able to return to watch my children grow up.”