A MAN has died after being shot dead during opposing protests by leftwing and rightwing groups in Denver.

A man has since been arrested on suspicion of the man's shooting. 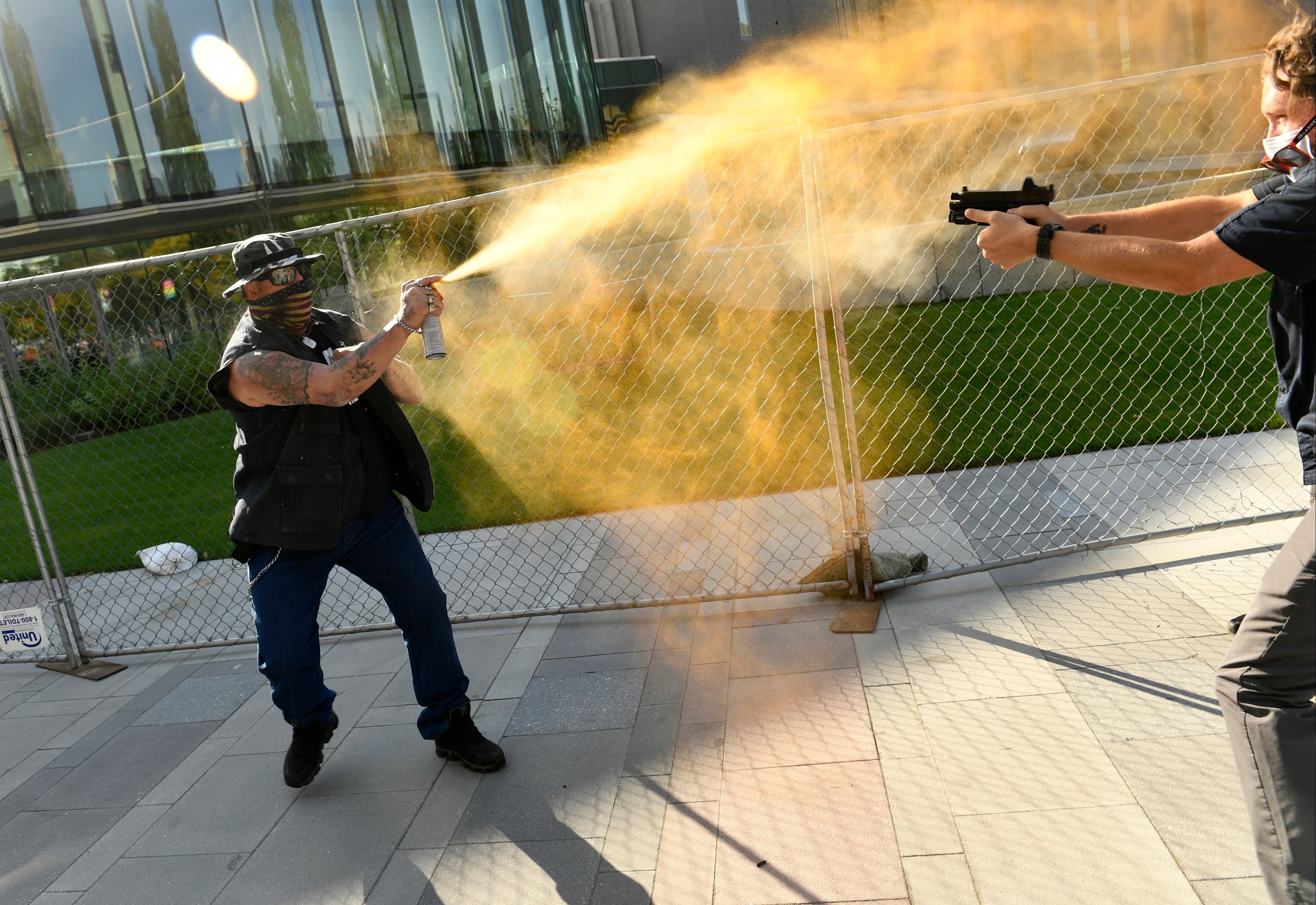 What happened in Denver?

This was countered by several groups who also claimed to be staging a "Black Lives Matter-AntifaSoup Drive".

It has been reported that a verbal altercation ensued before the shooting which took place around 5:37 pm ET near the Civic Center Park, according to Division Chief Joe Montoya.

He also added that two guns and a can of mace was retrieved from the scene.

The victim was transported to a hospital where they were pronounced dead. 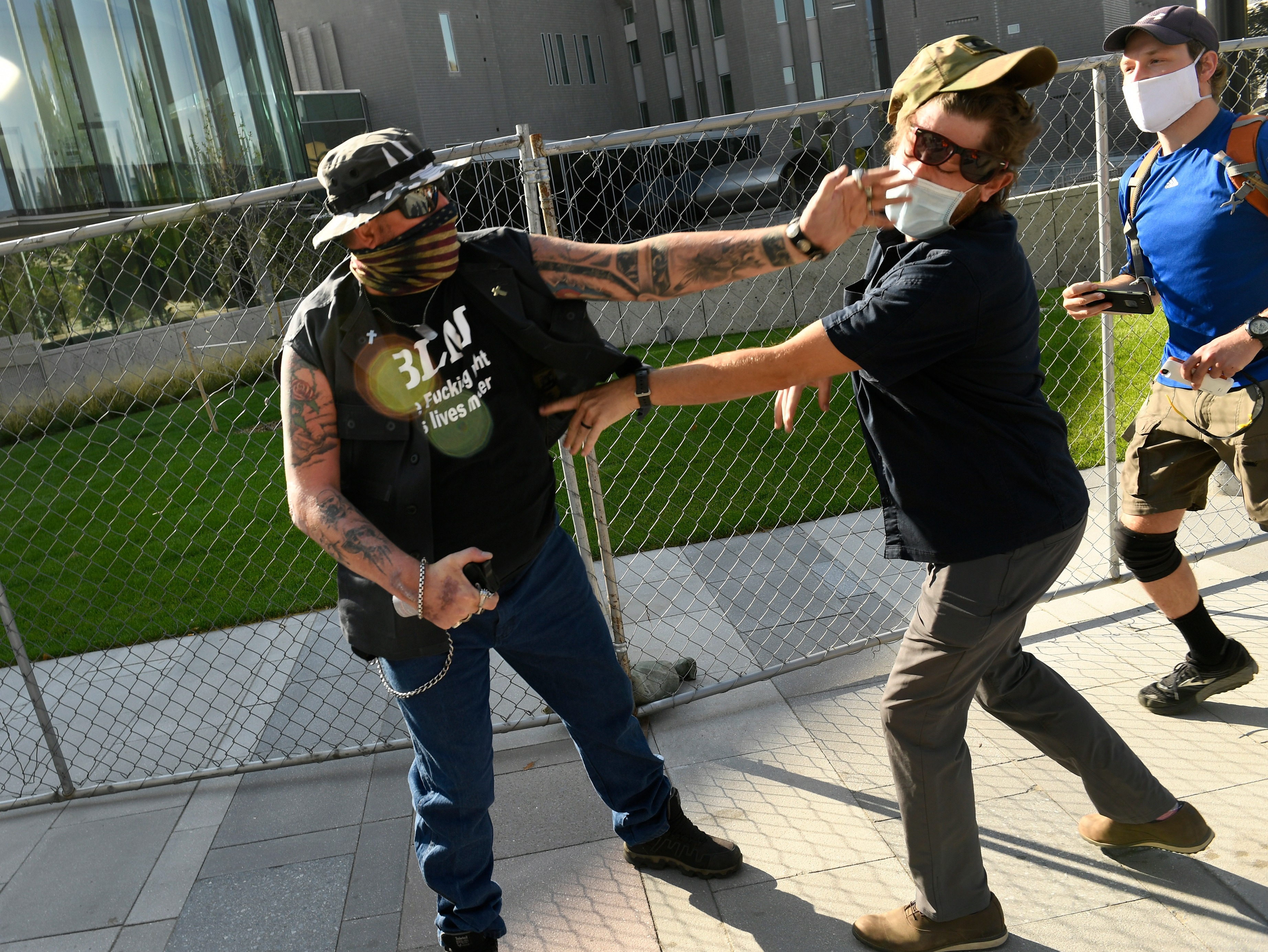 Police have now said they are treating the incident as a homicide.

They were officials planted at the scene of the shooting before it happened.

"There was a large presence because we had two groups with opposing views, and we know that can always get very tense, and there's always potential for violence," said Montoya.

Providing more details on the incident, police said the suspect is a private security guard who has "no affiliation with Antifa."

NBC'S affiliate in Denver, KUSA in a statement said: "A private security guard who was hired by 9NEWS is the suspect detained by the DPD.

It has been the practice if 9NEWS for anumber of months to hire private security to accompany staff at protests".

According to officials, a second person was released from police custody after it was established that they had not been involved in the incident.

Why were there protests?

The protests are sait to have stemmed from the issue of police funding.

The rightwing group were reportedly protesting in support of funding for the police while the leftwing was campaigning for defunding.

A Facebook event post for the "soup drive" says: "By some strange coincidence, a patriot militia group of fascists called a “Patriot Muster” rally at the same time and place" going on to warn that the Proud Boys group may also show up.

It is reported that the Patriot Rally protesters congregated in the amphitheatre of the park chanting patriotic songs and holding up banners while the opposing group geld up flags and signs against Nazis and white supremacists.

What has the reaction been?

Denver Mayor Michael B. Hancock has criticised the incident saying peaceful protests are welcomed but violence will not be tolerated.

In a tweet, he wrote: "Political differences should be resolved at the ballot box and not in the streets, and we will keep it that way through this election season and beyond."

He also warned residents of the danger of gathering in large groups.

"And with the pandemic, we encourage people to not gather in large groups, and stay safe at home," he said. 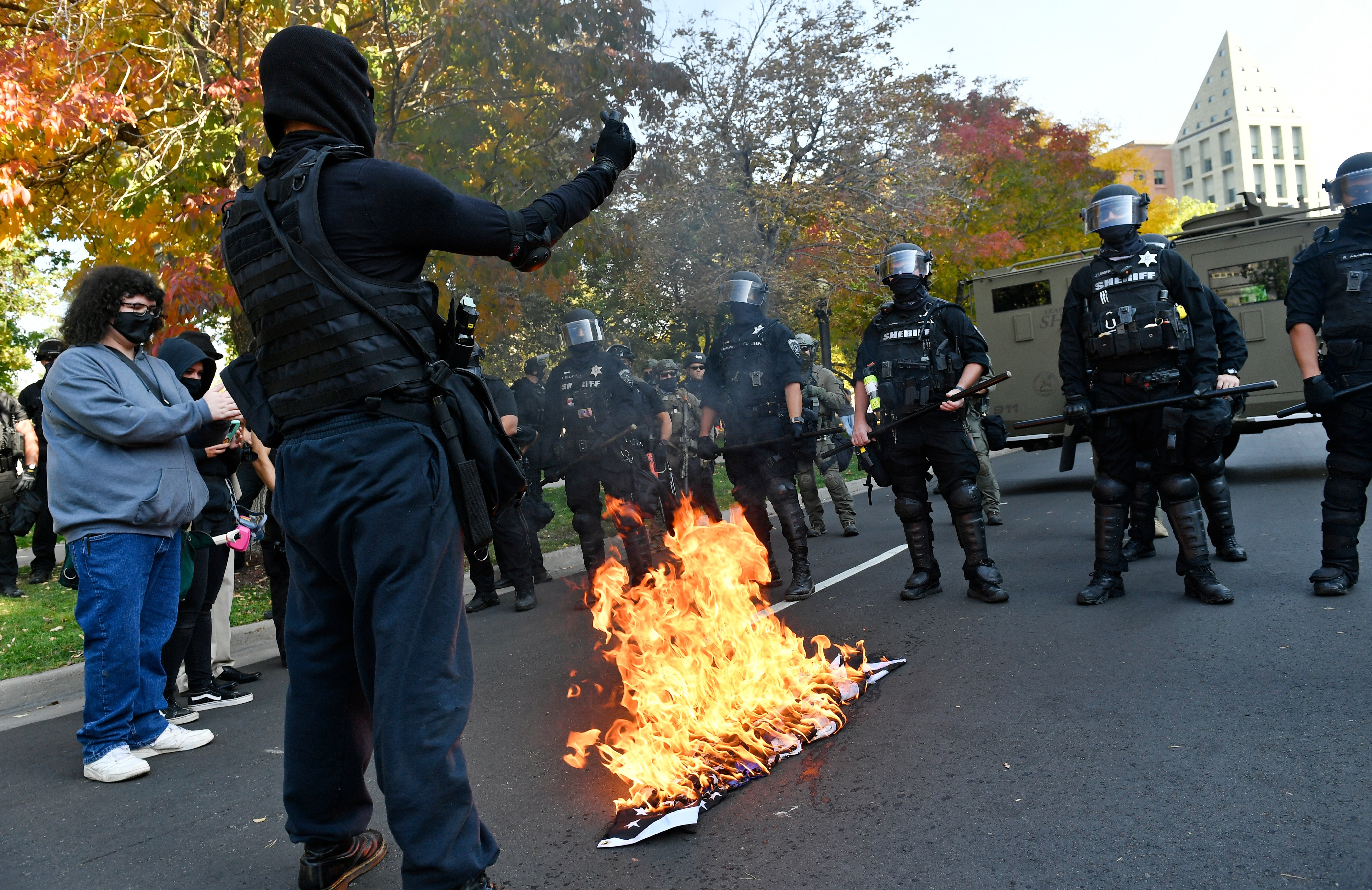 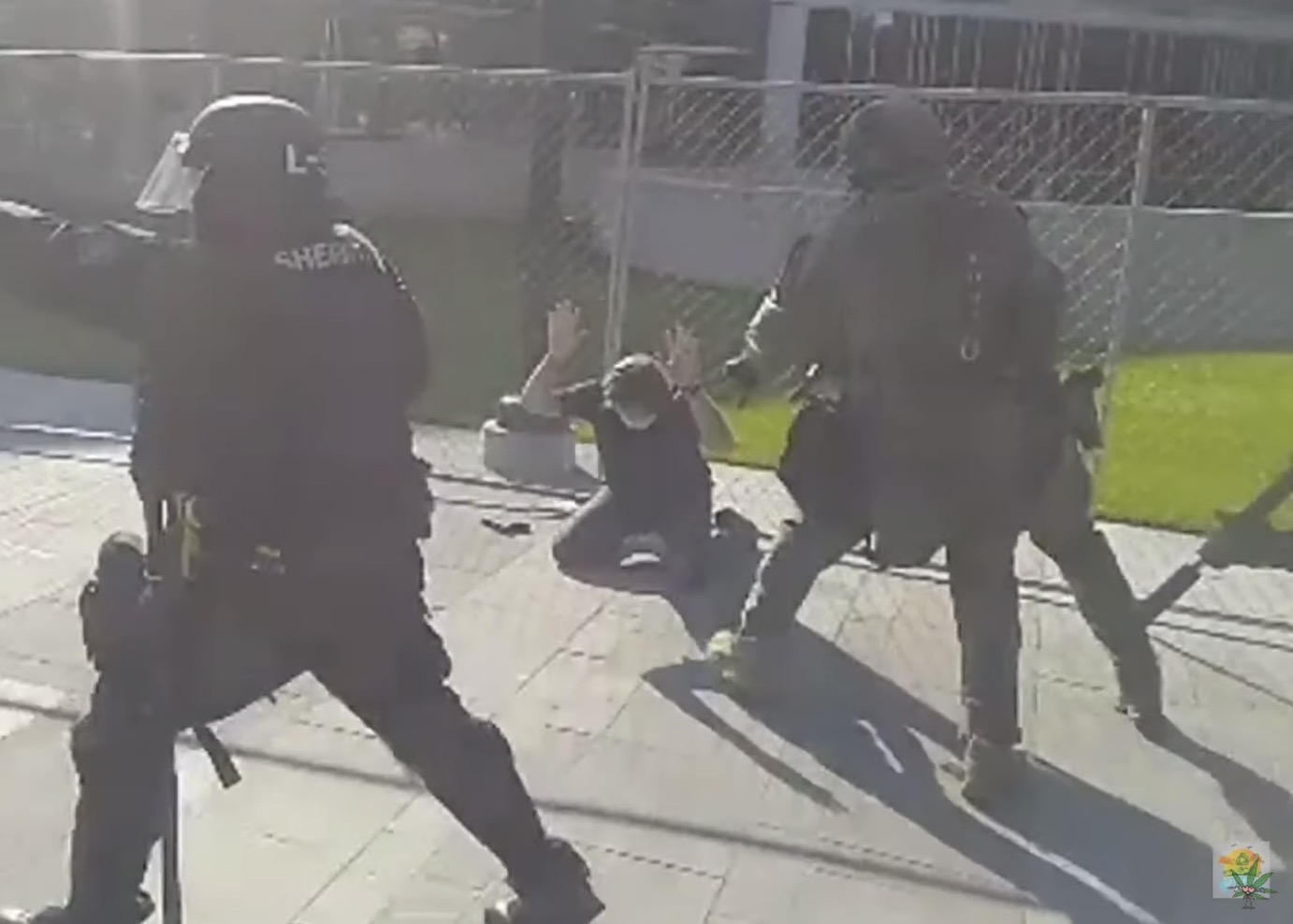