Cleveland Browns quarterback Deshaun Watson has not spoken to the media much since he was accused of sexual misconduct by multiple women in March of 2021. Watson spent the 2021 NFL season on the Houston Texans, but did not play in any games and was not available to speak with local media often.

Since then, Watson was traded to the Browns, and a number of women continue to file lawsuits against him. Twenty-four women have already filed suit against Watson and a few more are expected in the coming days.

Watson addressed those lawsuits and the allegations while speaking with Browns media Tuesday. Watson was asked about comments he made during his introductory press conference with the team. During that press conference, Watson said he had “no regrets” over his actions during massages, claiming the allegations against him were false.

Watson again claimed he was innocent Tuesday while addressing the “no regrets” comment.

Deshaun Watson, asked if he still stood by his March 25 statement that he had “never disrespected” any woman in his life and that he had “no regrets” about any of his actions during any of the massage sessions: #Brownspic.twitter.com/CCH8fOwxmE

Watson claimed he “never assaulted, disrespected or harassed anyone.” He said he has regrets on how the allegations affected “the community and people outside of just myself. And that includes my family.”

Watson was also asked about a New York Times report that revealed Watson allegedly met with 66 different massage therapists over a 17-month period. Watson at first said he didn’t think that was accurate before saying the reporter would have to ask Watson’s legal team about the issue.

Here’s Deshaun Watson being asked if the NY Times report of at least 66 different massage therapists in a 17-month period is accurate.

Two grand juries declined to indict Watson, paving the way for his trade to the Browns. Cleveland gave Watson a new contract that guarantees him a record $230 million. The team also structured Watson’s contract in a way that prevents him from losing out on significant money if he’s suspended in 2022. 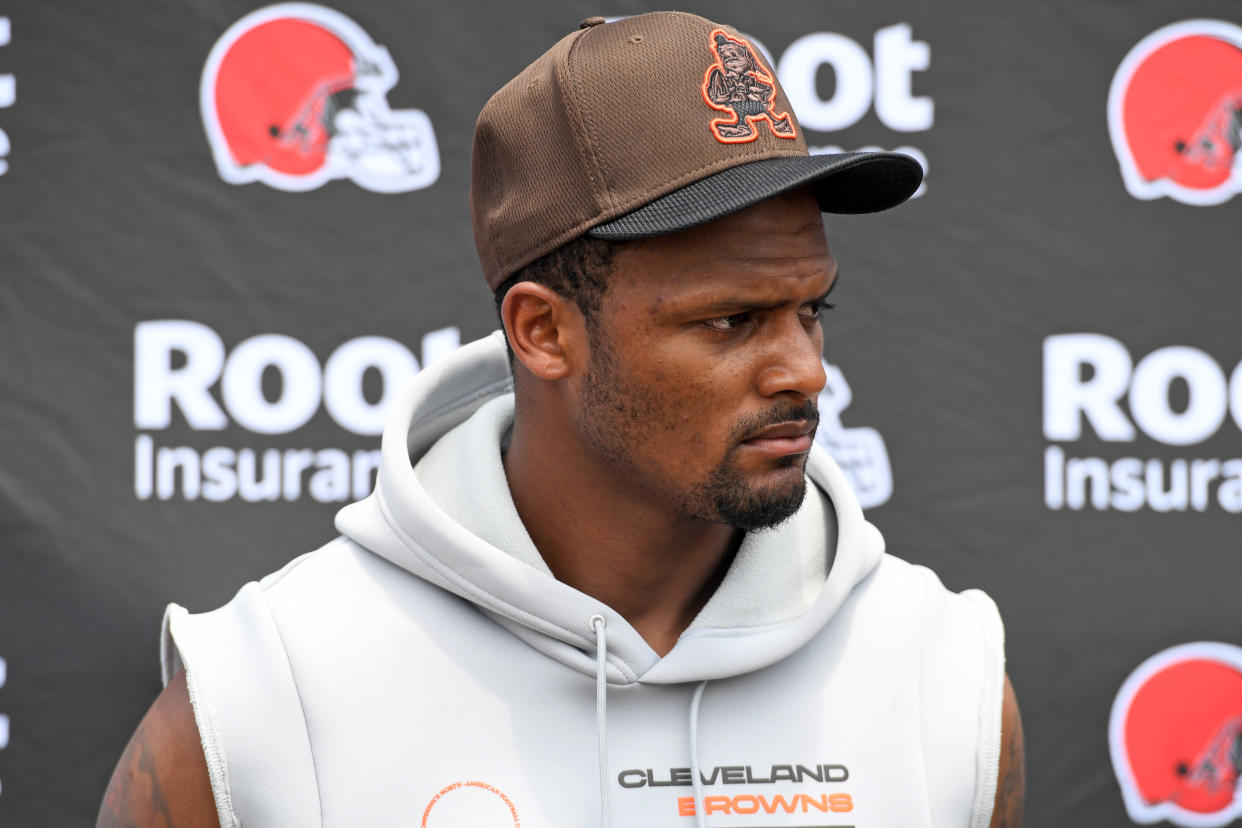