‘Book your haircut NOW!’ Britons react with despair to new lockdown and make plans to rush to the barber rush and stock up on ’emergency wine’

Despairing Britons have rushed to stock up on ’emergency wine’ and book haircuts it was announced Boris Johnson is expected to announce a second national lockdown next week.

Social media users have joked about having to grow out their hair under the new restrictions, while others shared memes about their mental health.

Last night a Cabinet source told the Mail that the dramatic move to return the entire country to tougher coronavirus restrictions will be announced next week.

And it didn’t take long for people on Twitter to produce memes bemoaning the Government’s decision. 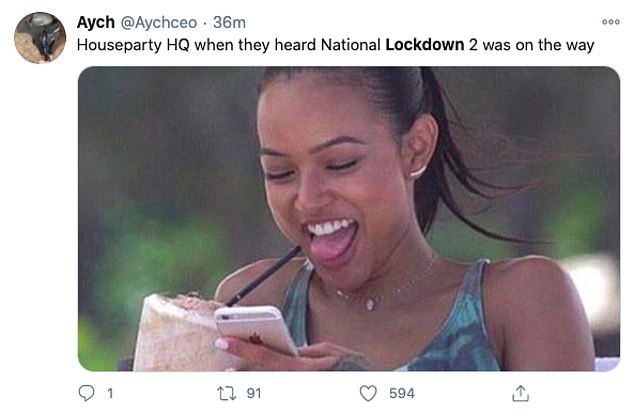 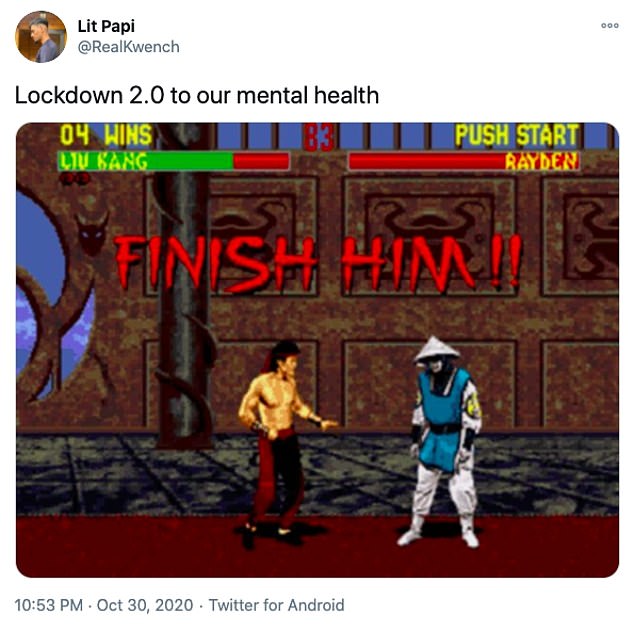 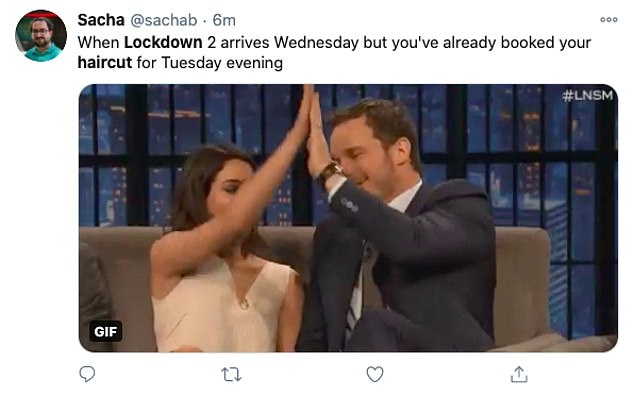 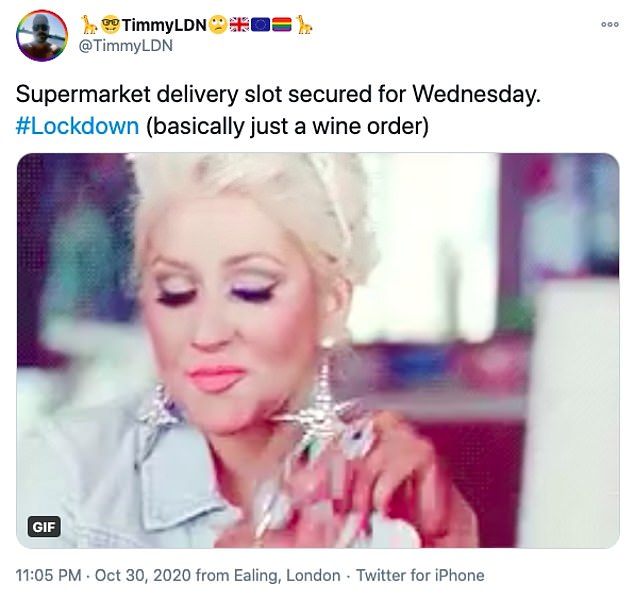 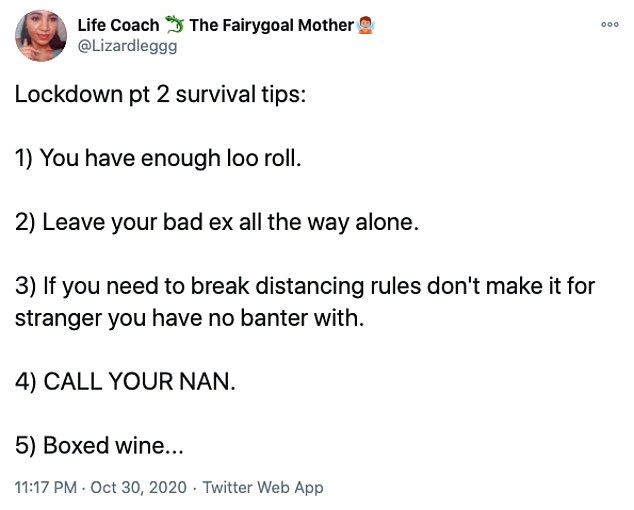 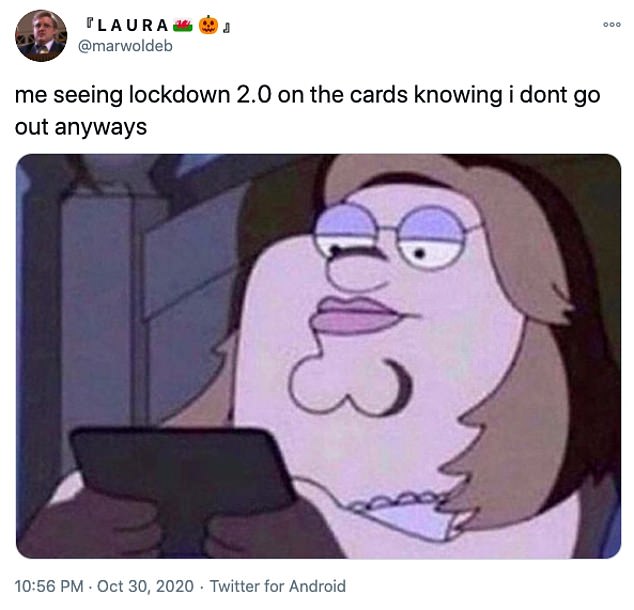 One wrote: ‘Lockdown 2… guess I got to get that last haircut again.’

Another joked ‘you have enough loo roll’ and suggested stocking up on boxed wine as part of a lockdown survival guide.

And another posted: ‘I KNEW it was a bad idea to drink my “emergency lockdown wine” last week. BLOODY KNEW IT.’ 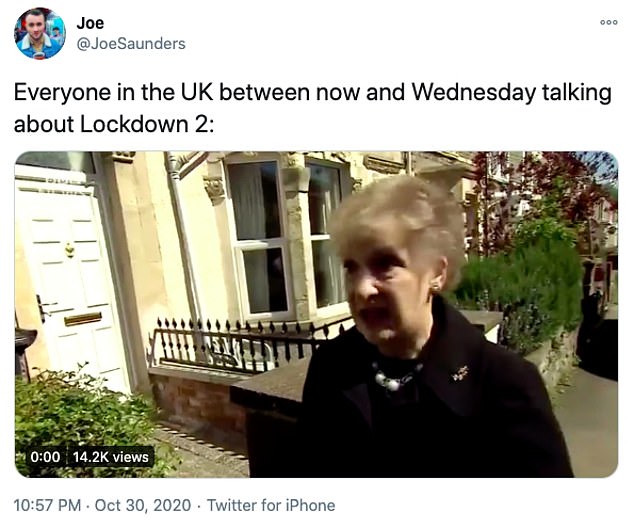 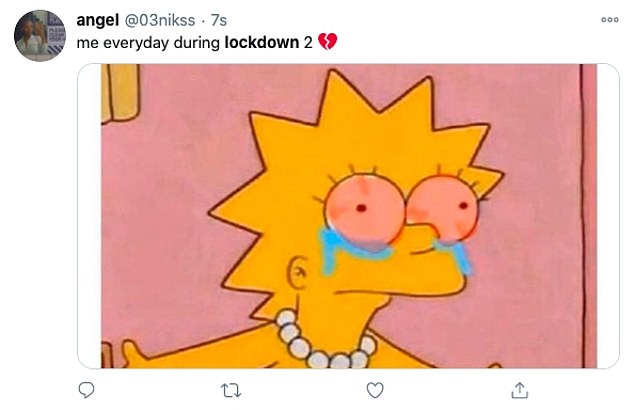 Scientists from the Sage committee yesterday presented No 10 with bleak figures showing that Covid is spreading ‘significantly’ faster than even their original ‘worst-case scenario’ prediction.

Last night a Cabinet source told the Mail that the dramatic move will be announced next week.

It was not clear exactly what form the new lockdown would take, or what would be ordered to close or how long it would last.

The Government now faces a critical weekend to determine the shape of the measures before an announcement.

The Prime Minister and Chancellor Rishi Sunak are said to have agonised over the decision because of fears it would leave the economy in tatters. 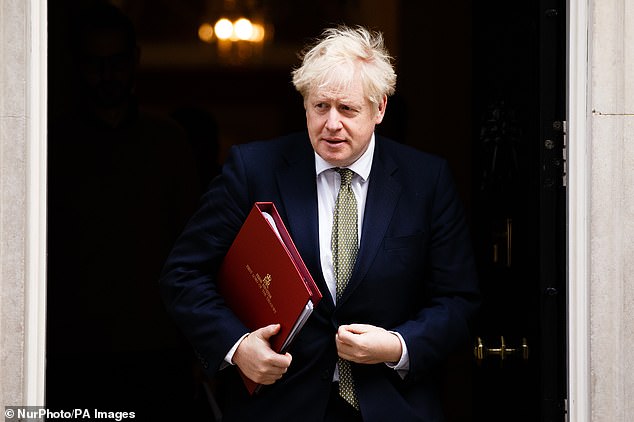 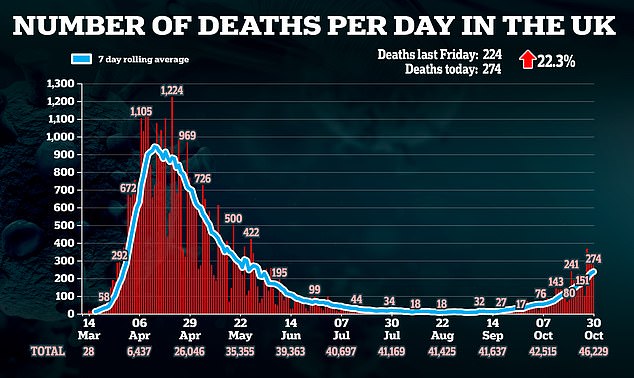 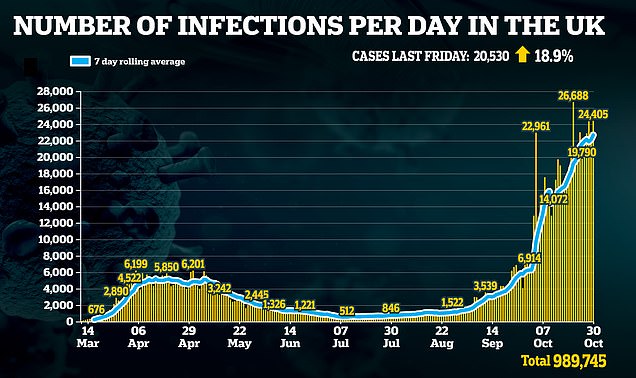 But the scientists – backed by Health Secretary Matt Hancock and senior minister Michael Gove – told them the virus was on track to kill 85,000 this winter, and that it was too late for a so-called ‘circuit break’.

They called for a longer national lockdown – similar to the month-long shutdown in France – saying it was the only way to stop hospitals from running out of beds.

In a clear signal of the deep Government split on the issue, a Cabinet source said those opposed to a lockdown were ‘not prepared to surrender’.

Details of the lockdown row emerged after the Mail disclosed how the Prime Minister has been warned by scientists – led by Chief Medical Officer Professor Chris Whitty and Chief Scientific Adviser Sir Patrick Vallance – that all hospitals in England will be full by December 17 unless he took more action. Cowboys Coach Markus Paul Dead At 54 After Suffering Medical Issue At Team Facility
We and our partners use cookies on this site to improve our service, perform analytics, personalize advertising, measure advertising performance, and remember website preferences.Ok