The headquarters of Germany’s Deutsche Bank was raided on Thursday amid allegations of money laundering linked to the Panama Papers leak.

Prosecutors have accused two of the bank’s staff of helping to launder money obtained through criminal activity.

In total around 170 police officers raided six properties belonging to the bank and seized electronic and paper documents. 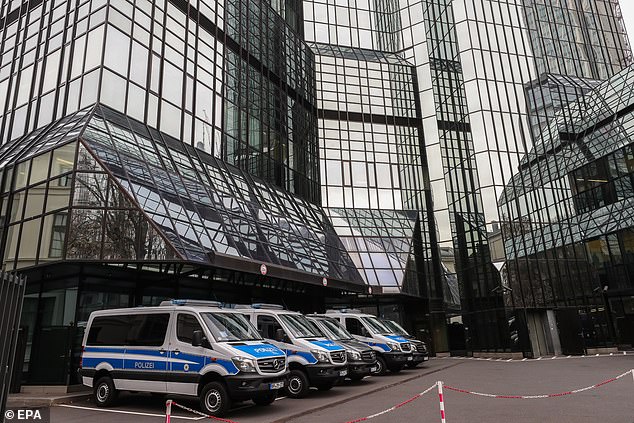 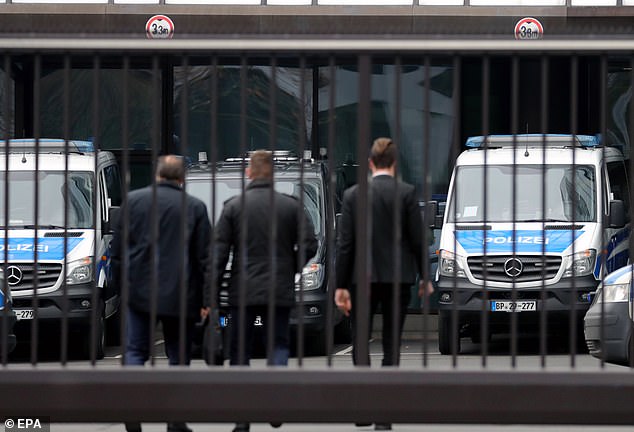 The Panama Papers were a leak of millions of financial documents obtained from Panamanian law firm Mossack Fonseca which were leaked to the press in 2016.

They contained evidence of widespread abuse of the global financial system including tax avoidance and evasion by celebrities, politicians and corporations.

Prosecutors said that, as a result of the leak, they are looking at whether Deutsche Bank assisted clients to set up offshore companies in tax havens so that funds transferred to their bank accounts could skirt anti-money laundering safeguards.

In 2016 alone, over 900 customers were served by a Deutsche Bank subsidiary registered on the British Virgin Islands, generating a volume of 311million euros, the prosecutors said.

Lawyers added that Deutsche Bank employees are alleged to have breached their duties by neglecting to report money laundering suspicions about clients and offshore companies involved in tax evasion schemes.

This investigation is separate to another Panama Papers probe which also involves Deutsche Bank.

In that case, prosecutors are investigating whether Danish lender Danske Bank violated anti-laundering laws by funneling more than £200billion in payments through its Estonian branch.

Sources have told Reuters that Deutsche Bank helped process the majority of those payments.

A Deutsche Bank executive director has said the lender played only a secondary role as a so-called correspondent bank to Danske Bank.

Speaking about the latest investigation, a Deutsche Bank spokesman said: ‘Of course, we will cooperate closely with the public prosecutor’s office in Frankfurt, as it is in our interest as well to clarify the facts.’ 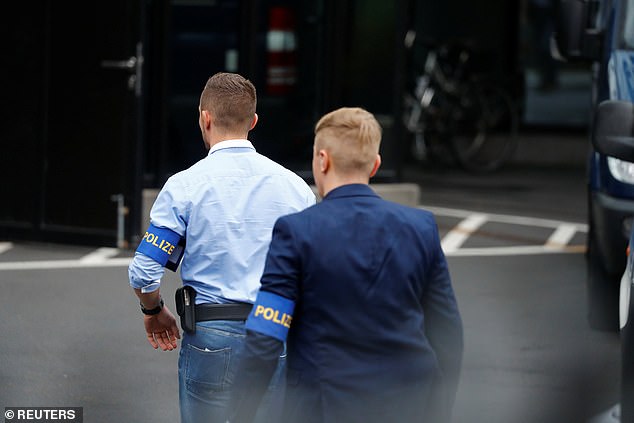 In total 170 officers were involved in raids on six of the bank’s properties and seized paper and digital documents, prosecutors said 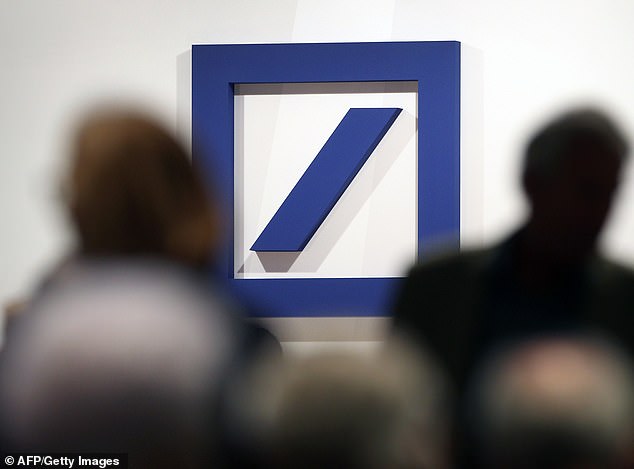 Deutsche Bank is also involved in another money laundering probe linked to the Panama Papers, in which Danish lender Dankse Bank is accused of skirting anti-laundering laws

The news comes as Deutsche Bank tries to repair its tattered reputation after three years of losses and a drumbeat of financial and regulatory scandals.

Christian Sewing was appointed as chief executive in April to help the bank to rebuild. He trimmed U.S. operations and reshuffled the management board but revenue has continued to slip.

Deutsche Bank shares were down more than 3 per cent by midday on Thursday and have lost almost half their value this year.

Deutsche and Danske banks are not the first to be stung following revelations contained within the Panama Papers.

Scandinavian lenders Nordea and Handelsbanken have already been fined by regulators for violating money laundering rules.

Weaknesses in Deutsche Bank’s controls that aim to prevent money laundering have caught the attention of regulators on both sides of the Atlantic.

The bank has publicly said that it agreed it needed to improve its processes to properly identify clients.

In August, Reuters reported that Deutsche Bank had uncovered further shortcomings in its ability to fully identify clients and the source of their wealth.

An investigation by the U.S. Department of Justice is still ongoing.

Deutsche Bank has been under pressure after annual losses, and it agreed to pay a $7.2 billion settlement with U.S. authorities last year over its sale of toxic mortgage securities in the run-up to the 2008 financial crisis.