A defeat at the Batley and Spen by-election will mean it is ‘curtains’ for Sir Keir Starmer and his leadership of the Labour Party, Diane Abbott has claimed.

The former shadow home secretary said that if the party holds the constituency then Sir Keir may be able to ‘hang on as leader’.

But she said a loss should spell the end of his time in the top job as she tipped Andy Burnham, the recently re-elected Mayor of Greater Manchester, as a potential successor.

The comments made by Ms Abbott, a leading ally of former party leader Jeremy Corbyn and a key figure on the Labour left, prompted an immediate backlash amid an ongoing civil war.

One shadow cabinet source accused Ms Abbott of ‘rank hypocrisy’ as they said she had ‘never once called for Corbyn to resign after his various by-election defeats’. 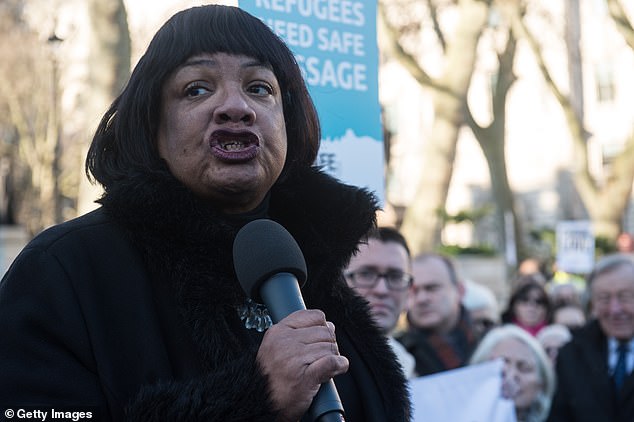 Diane Abbott, the former shadow home secretary, has claimed a Labour defeat in the Batley and Spen by-election will mean it is ‘curtains’ for Sir Keir Starmer 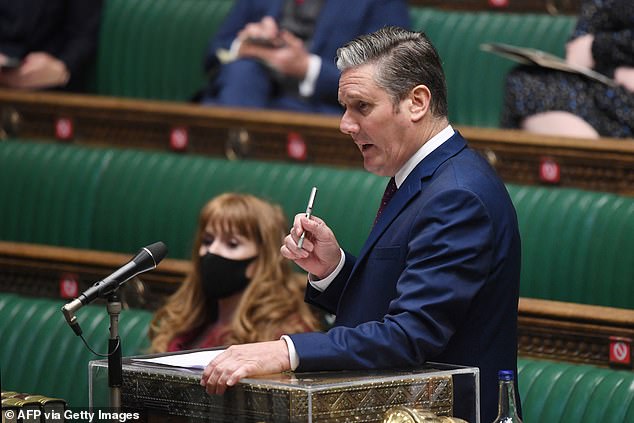 A by-election is due to take place in the constituency of Batley and Spen after Labour incumbent Tracy Brabin quit Westminster after she was elected as the Mayor of West Yorkshire.

Labour has held the seat since 1997 and will be defending a majority of just over 3,500 votes.

The contest will take place in the wake of Labour’s defeat in the Hartlepool by-election at the start of May.

That loss, along with a difficult set of council and mayoral results for the party on ‘Super Thursday’, piled the pressure on Sir Keir as his critics questioned whether he can lead Labour back to power at the 2024 general election.

Many in the party are already looking to the future and potential replacements for Sir Keir, with Mr Burnham and London Mayor Sadiq Khan viewed as the frontrunners.

Ms Abbott told The Guardian that a defeat in the forthcoming by-election should force Sir Keir to quit.

She said: ‘Support from the large minority ethnic electorate may enable the party to hold the seat and Starmer to hang on as Labour leader.

‘But if Labour loses again, it must surely be curtains for him. And then, it may be that Andy Burnham’s time will have come.’

Ms Abbott said a tilt at the leadership by Mr Burnham is ‘gaining traction’ after he was re-elected as mayor.

A shadow Cabinet source hit back at Ms Abbott, telling Politico: ‘Rank hypocrisy from someone who never once called for Corbyn to resign after his various by-election defeats.

‘Members will conclude that certain sections of the Labour Party actively want us to lose.’

Ms Abbott’s backing for Mr Burnham will likely be seen as a sign that the left of the party does not believe it has a sufficiently popular candidate to put forward to challenge Sir Keir.

Mr Burnham has run for the party leadership twice before but lost out to Ed Miliband in 2010 and Jeremy Corbyn in 2015.

But he is being increasingly tipped for another attempt, with a new column in the London-based Evening Standard newspaper viewed as a signal of his intentions.

Meanwhile, many in the party believe Mr Khan is laying the groundwork for his own future leadership bid.

The London Mayor visited North Yorkshire yesterday and writing in the Yorkshire Post he said he wanted to ‘build bridges’ between the capital and the rest of the UK.