NHS Test and Trace boss Dido Harding has admitted the programme is not a ‘silver bullet’ for solving the coronavirus crisis as Michael Gove defended giving police access to self-isolation data.

Baroness Harding said the £12 billion programme is ‘undoubtedly a very important’ part of the Government’s efforts to tackle the spread of infection.

But she said ‘it has never been and it never will be’ the sole solution to tackling the outbreak.

Her comments came as Mr Gove said police officers will operate in a ‘very proportionate way’ amid claims the Government’s decision to tell them who is supposed to be self-isolating could deter people from getting tested.

The Minister for the Cabinet Office said it is appropriate for action to be taken in cases of ‘persistent, flagrant and deliberate’ breaching of the rules.

NHS Test and Trace has faced sustained criticism in recent months after statistics showed it was repeatedly struggling to get in touch with the contacts of people who have tested positive. 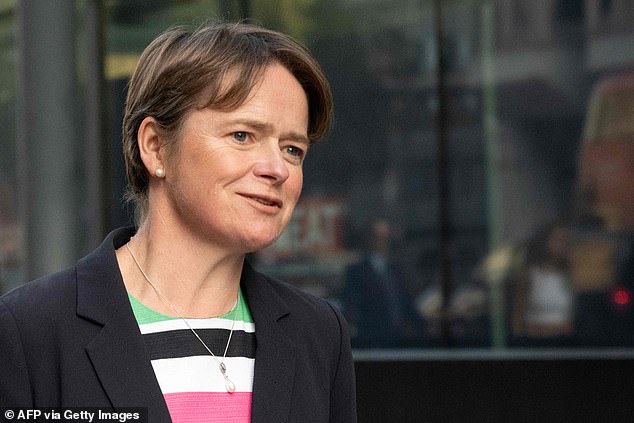 Baroness Dido Harding, pictured in London in September, has admitted the NHS Test and Trace programme is not a ‘silver bullet’ for solving the coronavirus crisis

It emerged last week that the system had failed to reach nearly a quarter of a million close contacts of people who have tested positive.

Before it was set up the testing programme was widely billed as the key to keeping the spread of the disease under control.

But Baroness Harding told The Sunday Times: ‘Everyone wants to believe that test and trace is a silver bullet.

‘It has never been and it never will be. The virus unfortunately doesn’t behave in such a way that there is a silver bullet.

‘The only way that we’re going to learn how to live with Covid is through a number of different interventions, of which test and trace is undoubtedly a very important one.’

It came after the Department of Health and Social Care (DHSC) said police forces will have access to information ‘on a case-by-case basis’, enabling them to know if an individual has been told to self-isolate.

Asked if this could prove counter-productive, Mr Gove told the BBC’s Andrew Marr Show: ‘I think that, actually, the behavioural effects show that the majority of people, the overwhelming majority of people, want to be part of a national effort to fight the virus.

‘And of course there will be some, a very, very small minority, who will be, you know, heedless of the consequences of their actions.

‘But the other thing is, the police, to be fair to them, are operating things, so far as I can see, in a very proportionate way.

‘They engage and they explain well before they enforce. We all know that people make innocent errors and an appropriate word can mean that that innocent error can be corrected by any of us.

‘But where you do get persistent, flagrant and deliberate breaching of the rules, then it is appropriate for action to be taken.’

Those who fail to self-isolate ‘without reasonable justification’ could have their name, address and contact details passed on to their local authority and then to the police, according to DHSC guidance.

‘This may lead to enforcement action being taken against you, which could include you being fined,’ it adds. 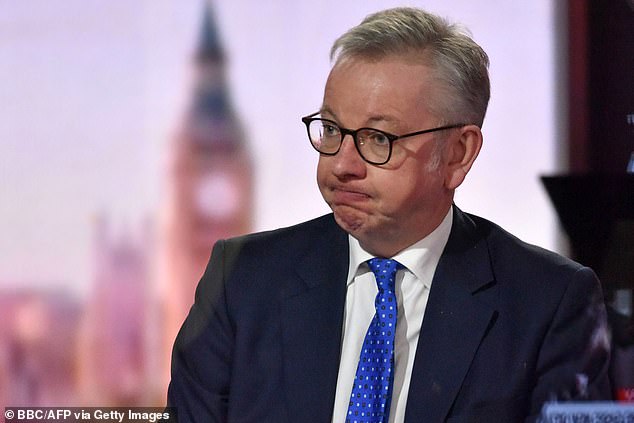 The Health Service Journal (HSJ) reported that the office of England’s chief medical officer, Professor Chris Whitty, feared the move would put people off from being tested.

People in England are legally required to self-isolate if they test positive for Covid-19, with fines starting at £1,000 for those who fail to do so, rising to £10,000 for repeat offenders or serious breaches.

A DHSC spokesman said: ‘It is a legal requirement for people who have tested positive for Covid-19 and their close contacts to self-isolate when formally notified to do so.

‘The Department of Health and Social Care has agreed a memorandum of understanding with the National Police Chiefs Council to enable police forces to have access on a case-by-case basis to information that enables them to know if a specific individual has been notified to self-isolate.

‘The memorandum of understanding ensures that information is shared with appropriate safeguards and in accordance with the law. No testing or health data is shared in this process.’

Ciara & Husband Russell Wilson Are Funding A Charter School In Seattle Through Their ‘Why Not You’ Foundation
We and our partners use cookies on this site to improve our service, perform analytics, personalize advertising, measure advertising performance, and remember website preferences.Ok