Doctor who regularly stole opioids from hospital died of overdose

A junior doctor who regularly injected himself with opioids leftover from his patients died after taking a lethal dose of the painkiller he had bought from the dark web.

Dr Julien Warshafsky, 31, became hooked on Fentanyl on 2012 and had a long-standing history of taking hallucinogenic drugs such as LSD, ketamine and mescaline.

He collapsed while unpacking from his honeymoon at home in Surrey on June 28 2016, an inquest heard today.

The newlywed medic had previously been resuscitated by family members on three separate occasions in the six months leading up to his death, including when he collapsed a day before his wedding in France.

His wife, an intensive care nurse, found his lifeless body after coming home from work to their flat in Woking.

Today’s hearing in Woking was also told Dr Warshafsky had used his position to look up medical records of celebrities. 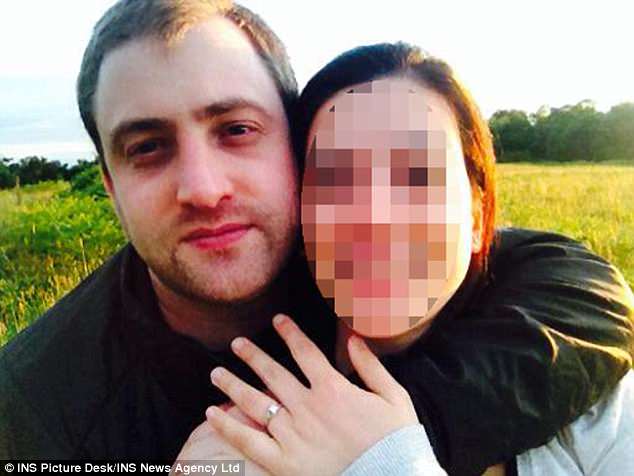 Dr Julien Warshafsky, 31 (pictured) had previously been resuscitated by family members on three separate occasions in the six months leading up to his death, including when he collapsed a day before his wedding in France

After becoming addicted to the opioid he boasted to his brother in an email about the joys of using the drug after regularly injecting himself with leftover dosages he had been using on patients.

When the junior doctor and trainee anaesthetist was caught out by colleagues a year later, he referred himself to regulator the General Medical Council.

But he covered up his addiction by saying he was using the drug as a coping mechanism for depression.

He was placed on sick leave but returned after six months and was placed under 13 strict conditions, including having regular hair testing for drugs – although it was later revealed the GMC failed to check for Fentanyl which led to a ‘false sense of security.’

The hearing was told that the young doctor shaved his hair off to thwart testers and would organise his own drug tests to always be ‘one step ahead.’

In August 2014 he moved to Medway Hospital in Gillingham, Kent, as part of his training where he collapsed on one occasion after taking Fentanyl while on duty, the inquest heard.

A colleague had sent an anonymous email in December 2014 saying he was still stealing the drug and was accessing celebrities’ medical records.

But the GMC dropped its investigation based on a ‘flawed’ clear drug test.

Despite it being a ‘difficult year for both because of the long commute,’ Mrs Warshafsky said it was the happiest time for him after he passed his exams. 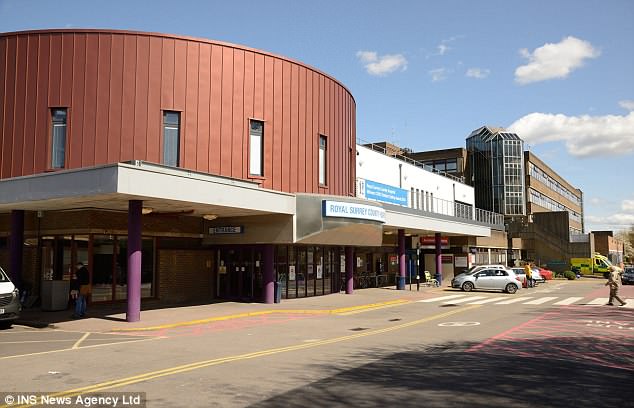 However, things took a downward spiral in August 2015 when he secured a job at the Royal Surrey County Hospital in Guildford, where four months later he collapsed and had to be resuscitated by colleagues when he injected himself with leftover Fentanyl.

Surrey assistant coroner Dr Karen Henderson said there had been lost opportunities to indicate his use of the drug.

‘That contributed to the delay in the recognition of an addiction but the delay of itself did not on the balance of probabilities, contribute to Dr Warshafsky’s death,’ she said.

He self-referred himself again to the GMC, citing depression and alcohol misuse and was placed on sick leave.

But he never returned to work and turned to the dark web to continue feeding his addiction.

The inquest heard the Canadian-born Dr Warshafksky had also referred himself on two occasions in 2013 and in April 2016 to the private NHS practitioner health programme, whose medical director Dr Clare Gerada had previously told the inquest that Julien never saw himself as an addict.

Two months before he died, Dr Warshafsky made an urgent appointment with consultant psychiatrist Paul Loughlin, who chillingly predicted he would die unless he was put on a treatment programme.

Giving evidence during the three-day inquest, Mr Loughlin said he was astonished that he had received very little psychiatric treatment and had been left to drift by the GMC.

Dr Warshafsky had ‘dabbled’ with drugs in the past and would give the impression he was using them to treat low moods, Dr Loughlin said.

Assistant coroner Dr Henderson asked: ‘Did you accept that?’

He replied: ‘No. I said you’re very sick and you could die. You need to go into a treatment programme and you need to be in a supportive environment to open up and tell people how you’re feeling.’

Dr Loughlin added: ‘I think he would kick the can down the road and didn’t want to face up to the reality of the situation.’

Recording a conclusion of drugs-related death, Dr Henderson said: ‘This is truly a tragedy, not just for Julien but all his family and friends, to his community, and a loss to the health service where he was well recognised as a caring and able doctor and anaesthetist.

‘His choices he made in life were his. Whilst he had the capacity to make those choices, they were sadly unwise choices and as predicted, ultimately led to his death.’