Doctors from BAME backgrounds 'do not feel protected from Covid'

Hundreds of doctors from Black, Asian and ethnic minority backgrounds to not feel adequately protected from Covid at work, survey reveals

Hundreds of doctors from black, Asian and minority ethnic backgrounds (BAME) do not feel fully protected from Covid-19 at work, a survey has suggested.

Some 72 per cent of BAME respondents said they felt only partly protected, or not protected at all from infection, compared with 60 per cent for white respondents, according to the British Medical Association (BMA).

The results came from a survey of 7,776 doctors and medical students across England, Wales and Northern Ireland carried out in December, said the doctors’ trade union. 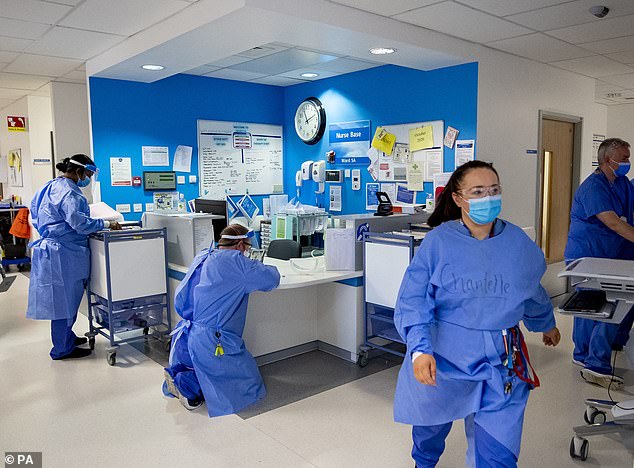 Hundreds of doctors from black, Asian and minority ethnic backgrounds do not feel fully protected from Covid-19 at work, a survey has suggested (stock image)

Dr Chaand Nagpaul, chairman of the BMA Council, said: ‘We should not have a situation in this country where health and social care workers, BAME or otherwise, are feeling unsafe or at risk from death or disease in their workplace, especially in the NHS where that work is to save the lives of others.

‘It is untenable that a year into his pandemic we are seeing results like this.’

The BMA also said less than half (46 per cent) of BAME respondents said their employers had assessed their level of risk from the virus and felt confident the necessary safety adjustments had been made to their role.

More than half (55 per cent) of white respondents indicated they had been properly risk assessed – with just seven per cent saying their adjustments needed refreshed.

Dr Nagpaul went on: ‘These results underpin a horrible truth. We have known from very early on in the pandemic that health and social care workers of BAME background are more likely to become ill and die from this virus. 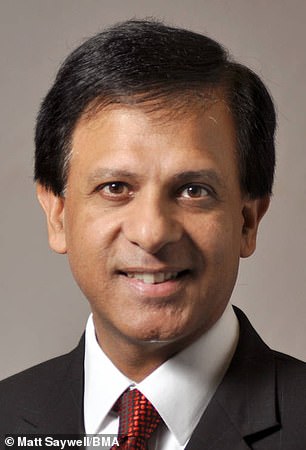 Dr Chaand Nagpaul, chairman of the BMA Council, said the situation was ‘untenable’

‘Covid has exacerbated existing racial and cultural inequities within our health service that have contributed to this disparity.

‘We now want the Westminster Government to bring in proper solutions to address the known ethnic disparities and inequalities.’

There have been disproportionate rates of premature death from Covid-19 among patients of Asian and black ethnicity, a large cohort study recently found.

The research, published in the journal BMJ Open, is based on nearly 1,800 patients admitted to five acute hospitals within Barts Health NHS Trust between January 1 and May 13 2020.

The study found that patients from minority ethnic backgrounds were younger and less frail, compared with white patients.

It also showed that black patients were 1.8 times, and Asian patients 1.54 times more likely to be admitted to an intensive care unit (ICU) and need mechanical ventilation.

After adjusting for factors such as age, sex, obesity, smoking and frailty, the researchers found that, compared with those from white backgrounds, Asian patients were 1.49 times, and black patients 1.3 times, more likely to die from Covid-19.

Further studies are needed to understand the reasons why those from Asian and black backgrounds have higher mortality from Covid-19 infection, according to researchers.

A spokesperson for NHS England said: ‘It is absolutely right that staff are supported at work which is why it’s so important that more than one million risk assessments had taken place by the end of 2020, including 96 per cent of colleagues from a black and minority ethnic background having been assessed, and alongside regular reviews by employers for staff to ensure their wellbeing, crucially we are committed to giving all frontline health and care staff a Covid-19 vaccination by the middle of February.’